Most Expensive cup of coffee 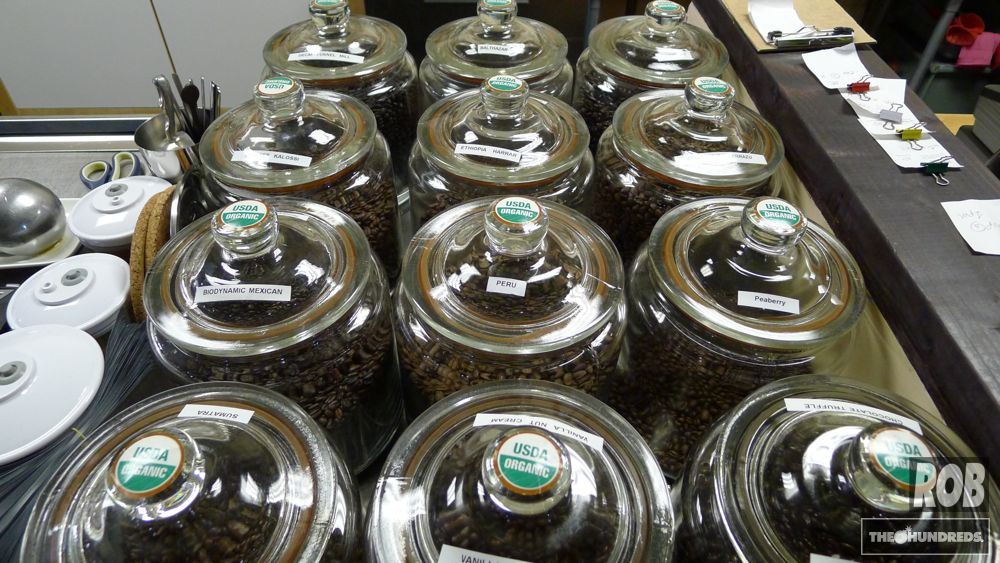 The Funnel Mill is a rare coffee and tea shop on Broadway in Santa Monica. How rare? This is the only place you can find the Kopi Luwak bean. Or as it’s more boastfully referred to as, a fucking $90 cup of coffee. 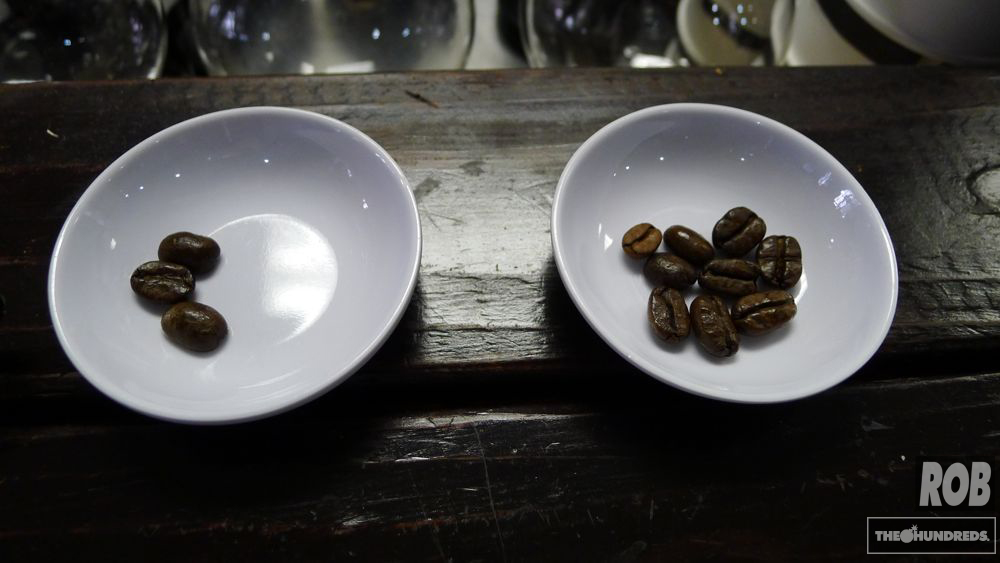 On the right is a normal coffee bean. The rich oaky aroma makes you smile like a Maxwell house commercial. On the left is a bean that went through the digestive tract of a cat like creature, then defecated on the jungle carpet. Collected by villages and sold for $1,000 and ounce. 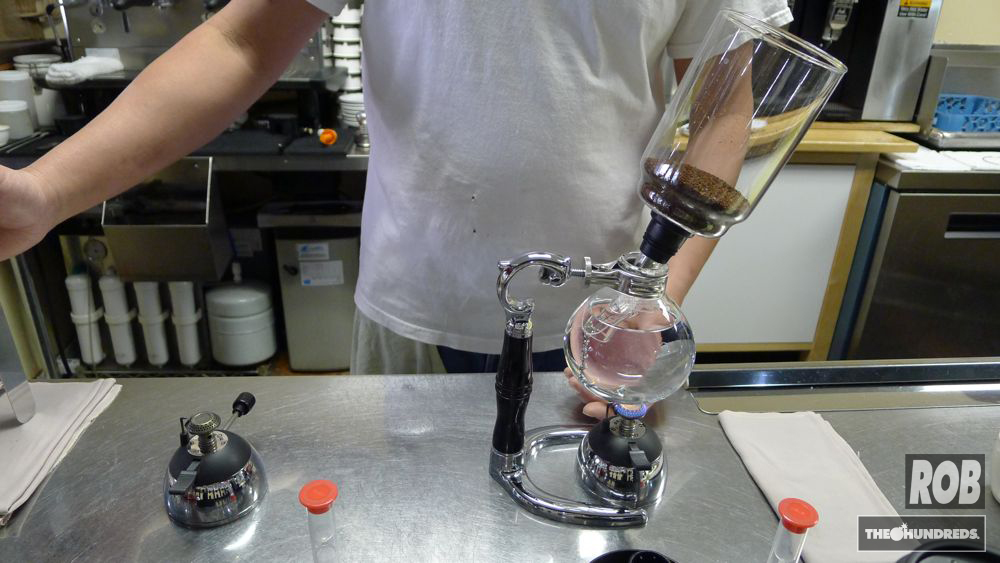 You can’t just roll into Funnel Mill and be like, gimme the $90 cup. Kopi Luwak is by appointment only. The preparation is also another hour long process. Also, if JC doesn’t like you, he won’t serve you. 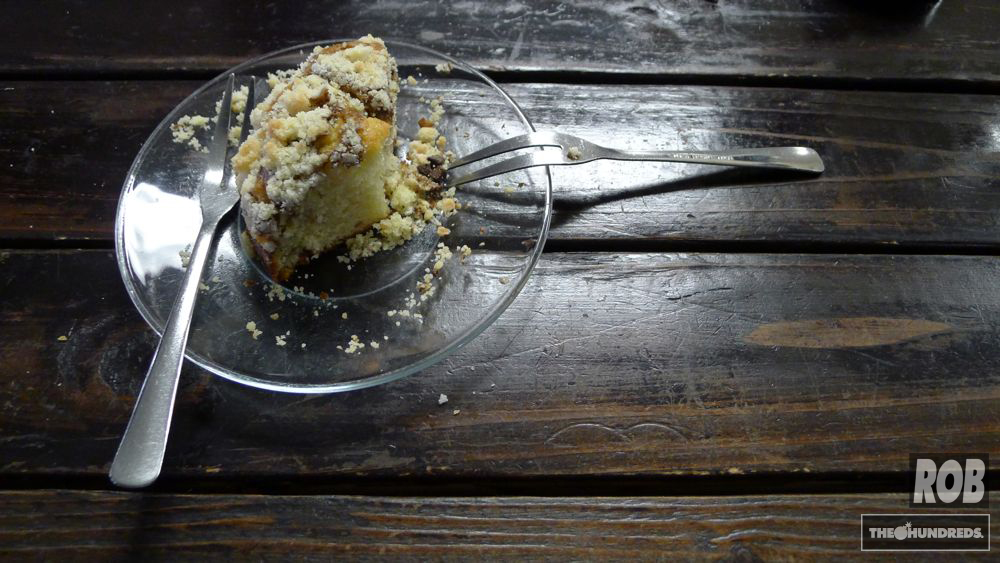 You need to put food in your belly so you don’t throw up or faint. A tiny espresso cup of Kopi Luwak is stronger than a Redbull. So here, have a coffee cake. 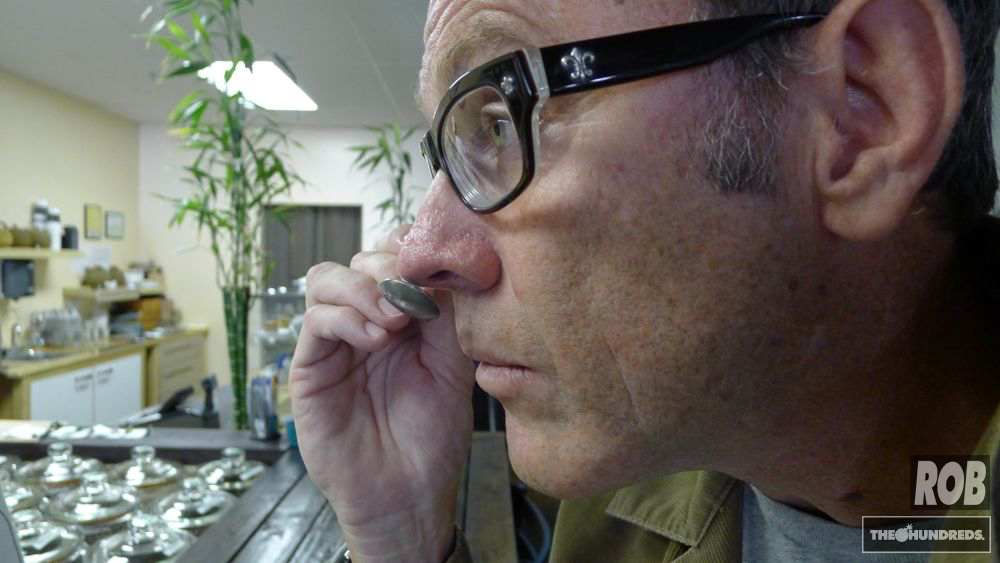 I had to bring the only person sophisticated enough to enjoy a $90 coffee. The owner of Notorious Los Angeles, Neale Ferguson. Oh you know Neale even if you think you don’t, he does a lot commercials and visually made you fall in love with a hopeless place. Chrome Hearts called… 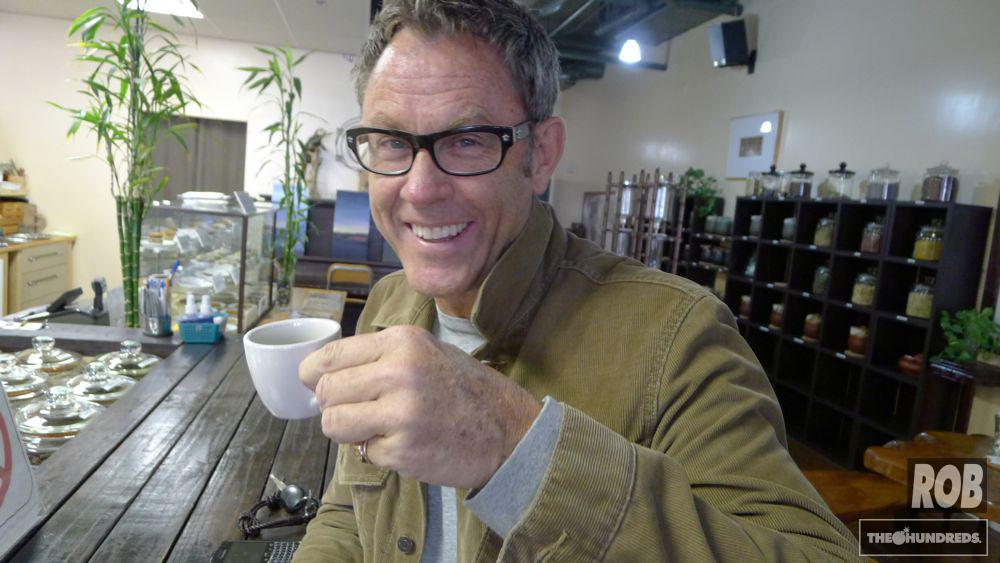 Neale said he can appreciate the amount of effort that went into this, but he wondered how the first person every thought to brew it in this manner. 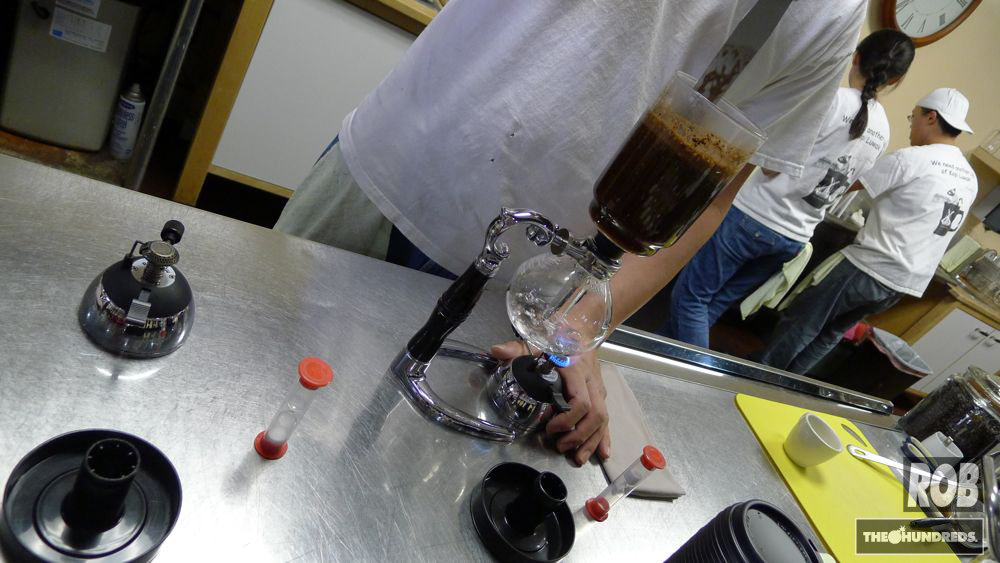 JC can tell temperature with his hands. When he can hold it without the “sting” its 150 degrees. 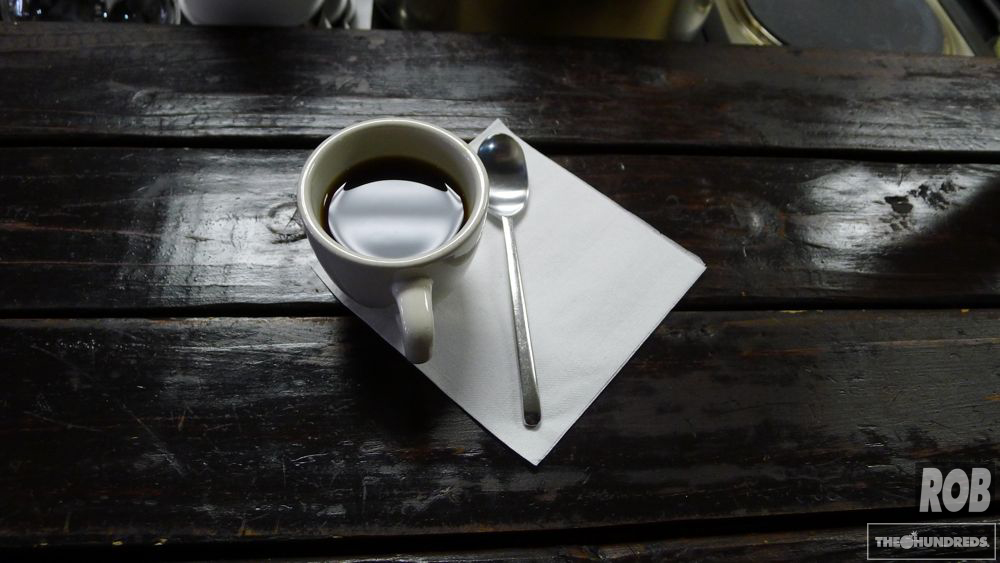 You drink one hot. One cup at 150. Then one at room temperature. Then you clean your entire house. 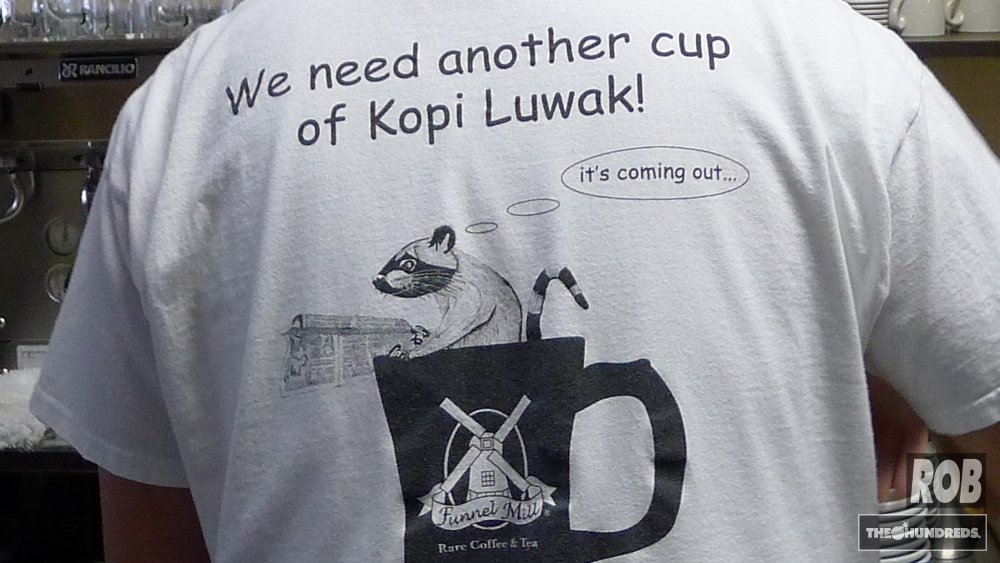 The Kopi Luwak is an endangered species. One because it’s a delicacy in Indonesia, two because it shits rack city bitch. 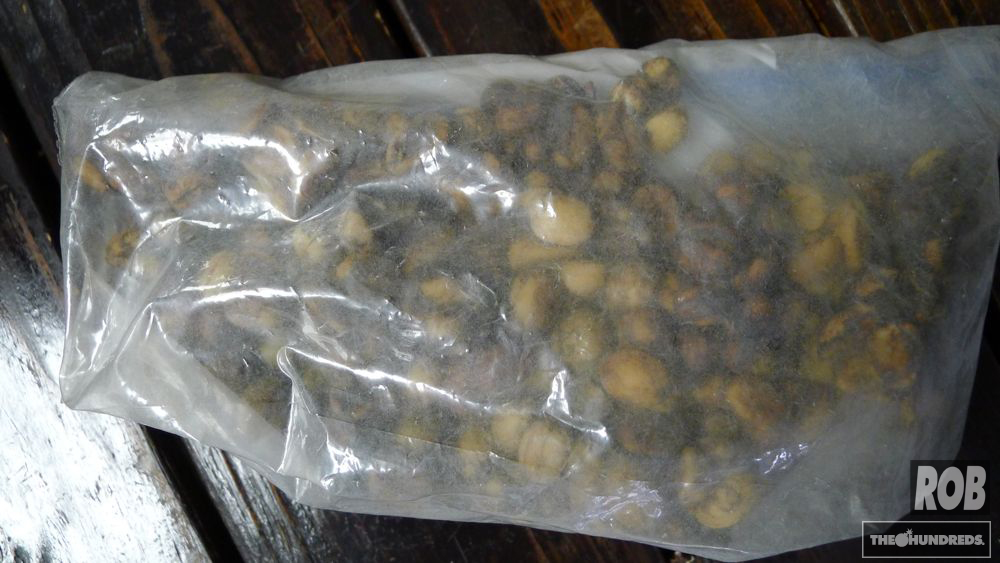 This is what the beans look like before they are cleaned. This is like a shitty kilo. 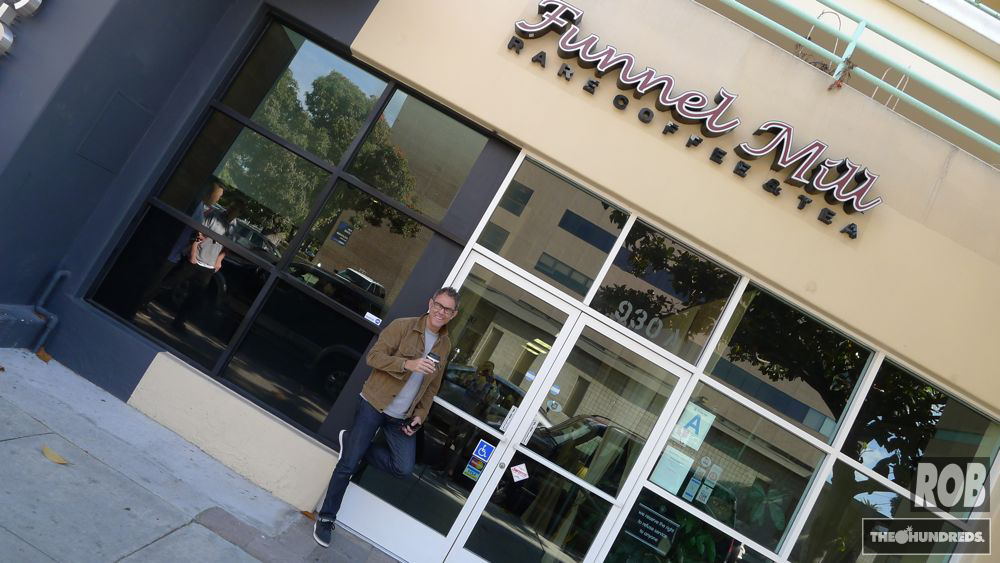 So if you want to drink the rarest shit ever, go to Funnel Mill. If you want to win a grammy for your video call Neale.