Eric Nakamura stopped by today to interview me for Giant Robot magazine. This interview was a personal milestone, considering GR has been one of my favorite publications since I was a teen, I then had the opportunity to write for the magazine back in college, and one of our very first Chronicles was actually with Eric. During that time, Eric has developed a cult audience, launched 5 Giant Robot stores around the country, a restaurant, and a book distribution, amongst other projects. Much of GR’s steps have inspired (and continue to inspire) The Hundreds, especially with the online ‘zine and the personal nature of the brand. In many ways, you could say that Giant Robot has always been Eric’s blog, even before the blog was ever invented. 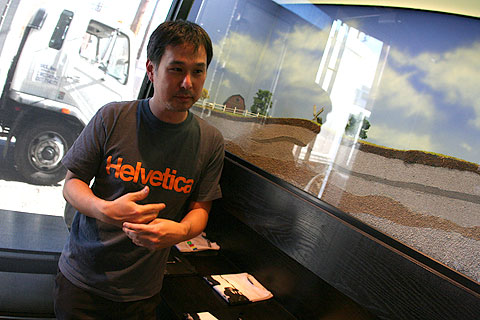 But the best part about Eric is that although he’s running this empire, he’s still the same t-shirt-and-sneakers guy that would speak candidly through his photocopied ‘zines back in 1994. He still takes the time to conduct interviews himself, has stayed true to GR’s vision, and on any given day, I’ll still run into him on the sidewalks of Sawtelle.