When I was 15 years old, I had a close friend named Melissa Brown. Melissa was usually dressed in baggy clothes that were fashionable for the ’90s, her sandy brown hair unkempt, but too pretty to be called tomboyish. She was from a small town called Stratford in Connecticut, she was a fan of the second wave of punk rock music, and she was also an avid skateboarder… (Not a run-of-the-mill pro-ho or skate girlfriend who’d wantonly twirl her hair curbside, but yes a girl who actually skated. Well.). And Melissa’s favorite skater at the time — by far, almost borderline obsession — was a wiry, raven-haired Ichabod Crane-type dude named Heath Kirchart. Oftentimes, I would snail-mail her photographs I had taken of Heath skating locally here in Southern California back to her on the East Coast.

My good friend Melissa passed away, unexpectedly, when we were both high school sophomores. Her mom called and told me that she buried her with all my skate photographs and memorabilia, she mentioned that Heath’s skateboarding was the thing that made her happiest in life. I thought that was kinda rad, and it proved to me that skateboarding reached a lot further to some people than just the plywood and urethane wheels. 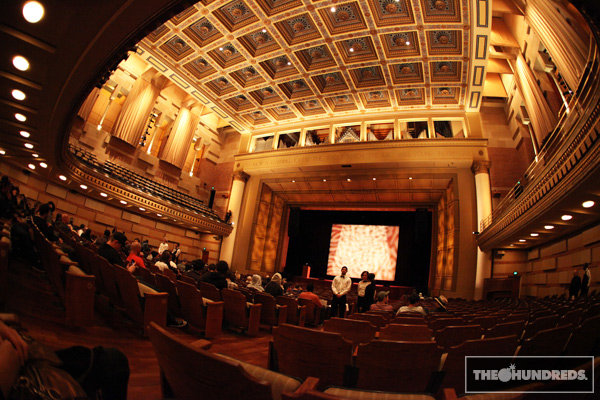 Fast-forward 14 years to Royce Hall, on the UCLA campus. 3-and-a-half years in the making, Alien Workshop’s new skate video MIND FIELD premiered tonight to a VIP crowd of skateboarding’s biggest names and personalities. The buzz had been building for months, and finally came to a head with the bagpipe-driven opener, an unorthodox jumpstart to an epic skate video. AWS came correct, with comprehensive montages by Arto Saari, A.V.E., Josh Kalis, Omar Salazar, and Grant Taylor (amongst others) and abbreviated, punchy clips from veterans Rob Dyrdek, Jason Dill, and Steve Berra.

MIND FIELD’s obvious two highlights were am Tyler Bledsoe’s piledriving lines and the grand finale, yes, the aforementioned Heath Kirchart’s compelling performance. It’s really like this guy has ignored a decade of aging. Underlaid with Morrissey’s syrupy “Speedway,” Heath’s section was a ballet of ridiculously fast, controlled/reckless skateboarding. His bluntslides alone deserve to be archived in the Smithsonian.

Needless to say, I think Melissa would have enjoyed this one. 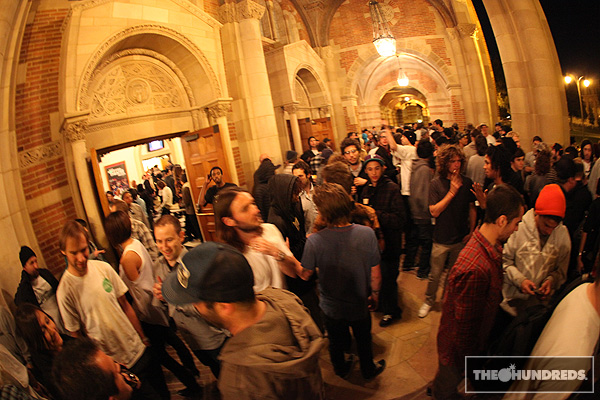 Here are some bits and pieces from the screening. You can’t see much of the skating, and that’s because you should get out there and pick up the movie yourself at your local skateshop on February 6th. Just vibe off the energy in the room tonight, and keep your eyes peeled for Heath’s backside-flip closer. Everyone had to pick their brains off the floor once the lights went up.