Why are duos so much more appealing to us? You got Batman and Robin, Cheech and Chong, The Fresh Prince and Jazzy Jeff, Hall and Oates, etc. Two opposing concepts coming together as one—it all comes down to that. Like how Milk & Bone can take the softest melody and make it work with raw, straight-forward lyrics that feel foreign to standard “pop.” “We like to play with different contrasts when it comes to writing our music, and we like to also layer our music; it leaves a lot of room for us to just use our voices to give it more depth to the song, some kind of support,” explains Laurence, one-half of Milk & Bone. Those contrasts can be seen on their first album, released in early 2015, Little Mourning—a title that sums up the feeling you get listening to it for the first time. That early morning where your lover just left you the night before and all you think of are the small memories while the sun fills your room with that blueish morning hue.

Combine their very distinct, complementary voices—and the fact that they are vocalists at their core—with the minimal sounds of the keyboard, the dragging slow bass, and temperamental drums, you get Milk & Bone. Two girls just expressing themselves in the most simple and straight forward way possible. “I made love to another one,” sung in the track “New York,” is a perfect example—or “I will never be your friend” in the song “Tomodachi.” It’s that simple. If relationships were a Milk & Bone song, I personally think that people would have less lingering heartaches.

That same songwriting capability got the girls a nomination at the 2016 Juno Awards for best breakthrough artists. “A very surprising year for us, since we just dropped the album a year ago and didn’t have any big expectations at all,” says Camille. Milk & Bone are part of a generation of musicians that utilize current digital technologies—like Spotify, Soundcloud, etc.—as a primordial tool to help push their music to the world. They are beyond the old record label method of discovery; they control every aspect of who they are. From the art direction to interacting with their fans, Milk & Bone has been heard by millions in less then a year and they are here to stay.

In the following interview with The Hundreds, we discuss the Montreal music scene, their use of modern digital platforms to further their music, and what their first American tour was like. 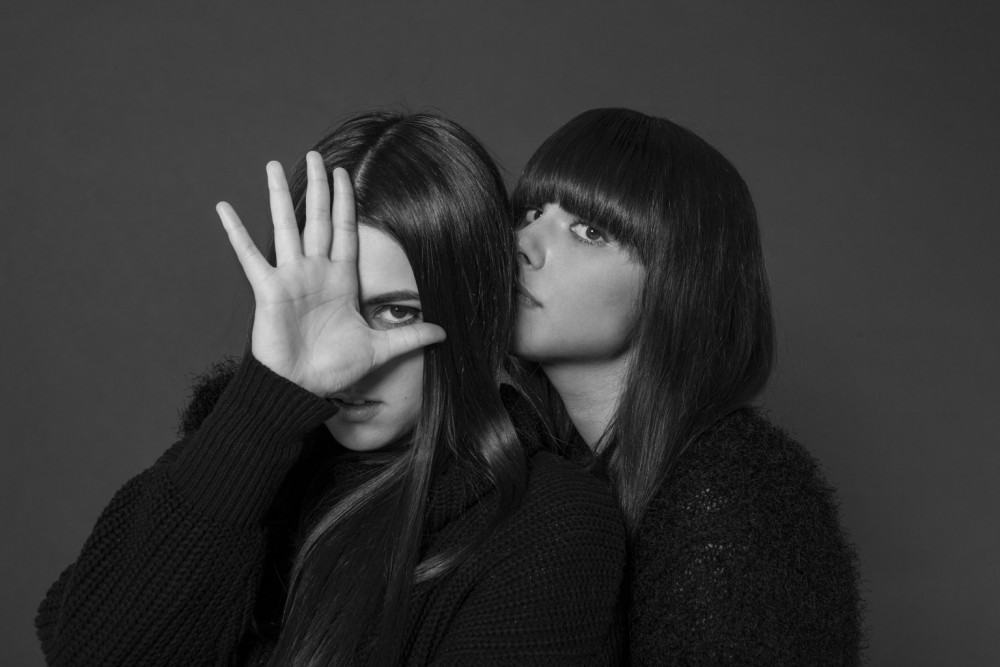 How was your first experience on American soil?
Since it was our first time touring the US, we were really excited. We didn’t know what to expect as this was actually our first tour ever. It was pretty awesome to wake up in a different city almost every day and get to visit—well, eat dinner—in cities we had never been to in the past.

Our favorite part though really has to be meeting our American fans. We were so touched to be able to talk to most of them after the shows and ask them where they’d heard of us from! 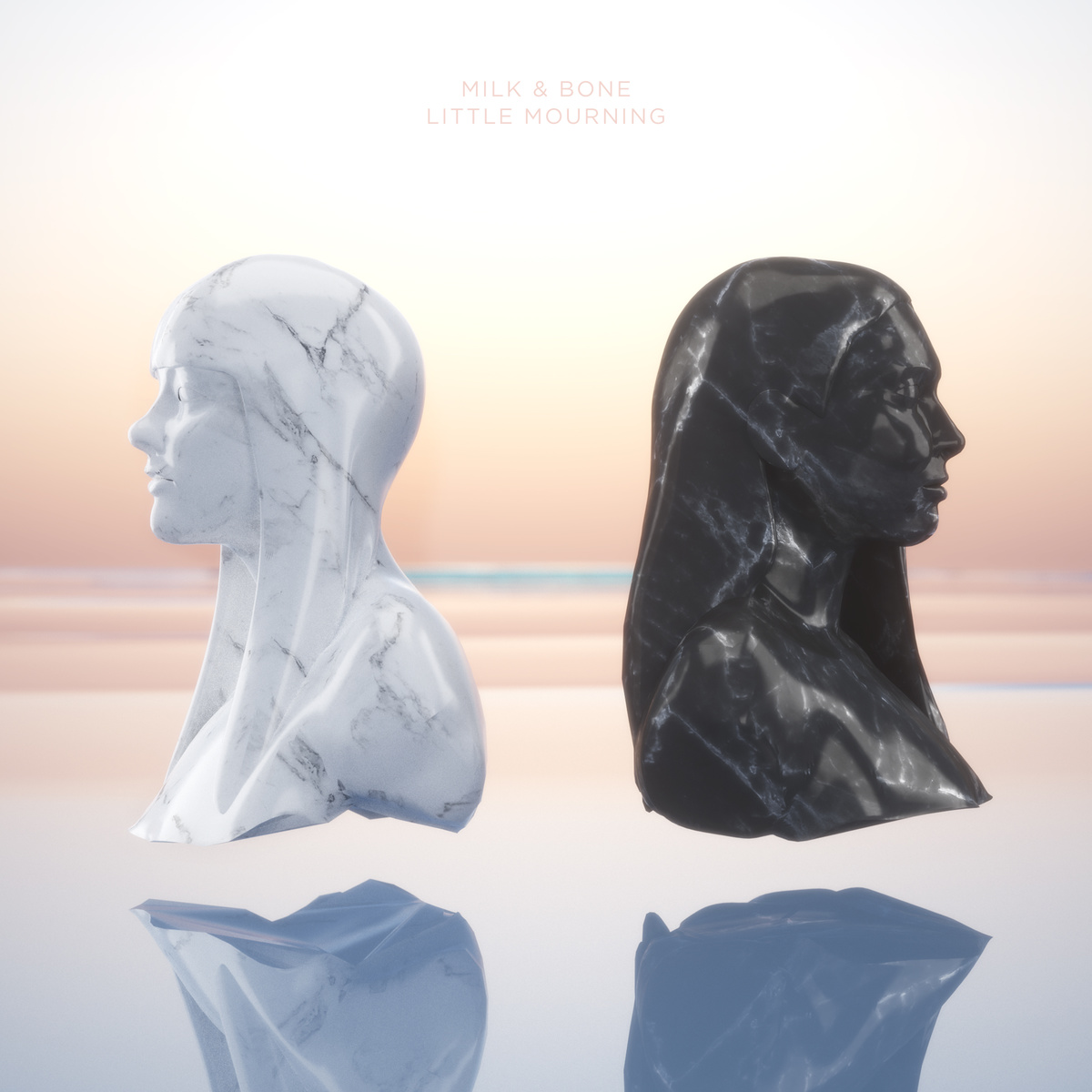 Any particular event or story you’d like to share that you enjoyed?
I think Chicago was our most memorable show. Sure, it wasn’t the most crowded one and the venue wasn’t the biggest one, but the crowd was just on fire. It was our first show since canceling 4 events because of Camille’s voice, and we just received the warmest of welcome backs. Pretty sure 30% of our crowd was on drugs. At one point, they all stood up to dance around us, and for the next song, they all sat on the ground [and] looked up at us, giving us endless amounts of energy.

What did you girls look forward to most in Europe?
1.) Cheese

You guys do have some sort of experience touring due to your past as tour musicians. Did that help with your tour as far as performing or having already been on the road?
Camille: Not really, since I haven’t really left [longer than] a full month. But, since we were just tour musicians, we did not have much to gamble or expectations since we were there to do a job more than anything. Now, we [leave] as Milk & Bone, so I think there is more of a gamble since we are the headliner and people expect to see the best of us. Also, we need to give a great first impression to a new audience [so] the next time that we go back, they would want to see us again.

Since we are talking about tour life—your first album was about love, lust, break ups, etc. Now that you’ve travelled, do you think your next songs will be about being homesick?
Camille: I [was] actually really excited to work on the road. Like, we toured a bit in Quebec, but home was just a few miles away and it was easy for me to get back to my usual daily routine. Now that [we’ve left] for a month, I am curious to see what can come out of me for my writing process. I want to get myself in weird situations and break my routine—like traveling, being tired, seeing new places, and things. All of that will be cool to see how it can affect the process.

Being from Montreal, we all know the audience can be black or white—they either love you or not. In a recent article on musicians, it was mentioned that to be able to blow up internationally, you had to leave Montreal to get more success as an artist. What are your thoughts on it?
Camille: That was my opinion before I released the album. But, I think it’s more a question of luck and how you are portrayed in the media. With our past as tour musicians with some known artists in Quebec, I think that did help us a bit on how our audience embraced us over here. The reception in Quebec has been great, and it was our first audience before anyone outside of here even heard of us. But, I think it was luck on that tip. Also, our roots are that we are French Canadians and our crowd is francophone, our circle of friends are francophone artists, and also, the media that pushes us is mainly francophone. So that helped us over here.

Laurence: The fact that we sing in English, it also kinda limits us over here in Quebec. The language barrier is a factor for artists over here. If you sing in French, it is much easier for you to tour all year long and get booked in many venues across the Province. So by choosing to sing in English, it does limit us a bit down here. So we have no choice [but] to go outside of the Province and be known outside of here.

On the same wave length, what do you think of all the digital platforms—like Spotify and Soundcloud—that are available for upcoming artists like yourselves? How has that helped evolve and shape the music industry?
Camille: I think the personal playlists helped us a lot; people discovered our music through them. Also, the kind of music we make is for that generation of listeners. Those platforms help us reach a wider audience and make us more accessible. Like anything digital, there are always improvements to be made. But it does make it easier for the small, independent artists to push their music to the world in a few clicks, and it does not cost much either to use them.

Laurence: For example: Taylor Swift has a whole multi-million dollar label behind her and her crowd was built “the old way,” so for her to not put her music on Spotify is more of a statement than anything since she can afford to do so without any big repercussions and she will continue to make tons of cash. But the smaller artists can’t do that.

Camille: When you look at Spotify, they created a great streaming platform, which uses the music of others and they make money on it. We are still new artists, so we don’t have full reports to see how beneficial it is or even how much percentage we made… But we still got over a million streams on one of our songs. So it kinda puts us in the corner a bit and it makes us have no choice [but] to use it so that we can build and get that audience. So it is good that it exists.

Talking about platforms, you seem to have a strong team working with you.
Camille: We do, but the social networks, we both take care of it personally ourselves. We’d rather take the time and do it [properly] and organically. I think the reception and interaction with our fans is more real since they know it is us. There is nothing I hate more than fake marketing on social networks supposedly done by the artists when it is obviously done by their assistant. At least we take our information from our marketing team, discuss it, and then we write it in our own words. It’s important for the audience to have that connection with us.

When it comes to marketing, there seems to be a slight shift on how artists puts out their music and also the way they market it. Sometimes, a single can be as strong as an entire album. Would you agree that the formula changed?
Camille: I think the way people consume music has changed. Nowadays, we can release a single with a music video and that same track won’t be on the album. It is strong enough to live on its own. People’s attention span is so quick and they always seem to want more, so the music we make kind [of] allows us to create and release new music instantly. Some sort of ear candy to keep our listeners hooked to us until we are ready to release the next album.

You seemed to put a lot of work in the aesthetic of Milk & Bone. How did you guys set the visual identity of the band?
Camille: Since the day we named our band, we both decided to create our own unique identity and define the universe that Milk & Bone would evolve in. Since that day, we have followed it and never really went off track. It was also important for us that our listeners can relate and identify to our aesthetic anytime they hear us or see us. What was also important for me, since I also have a side project, is that our creative lines can never cross. Milk & Bone is one thing and my side project is another. The last thing we want to do is confuse our audience. 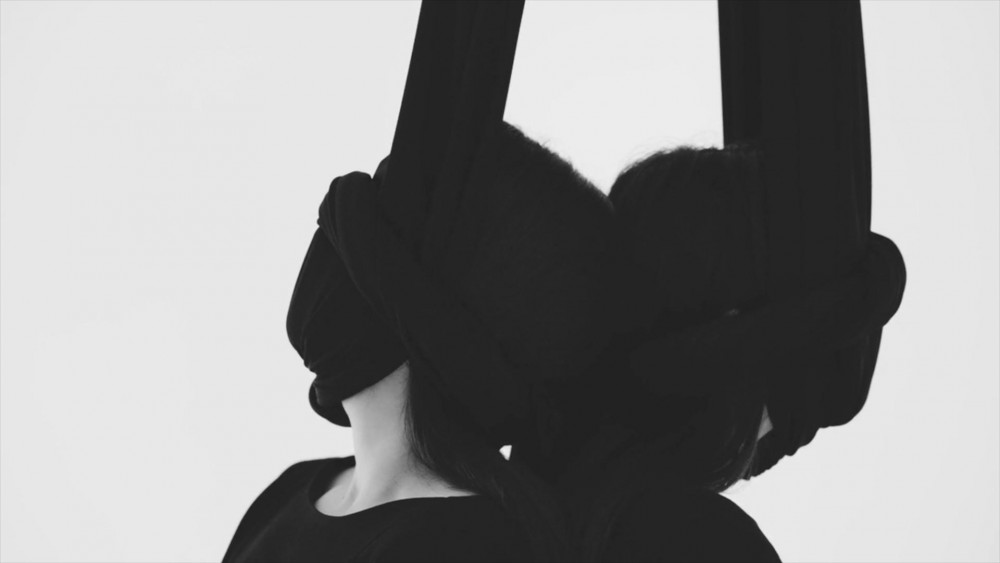 Anything coming up in the near future?
Laurence: We just released our latest song, “Poison” featuring Deebs. Also [we’ll] keep developing our shows and keep touring.

Camille: Our album is still new, so we want to keep pushing it and get the most out of it this year. At some point, start writing new songs as well. 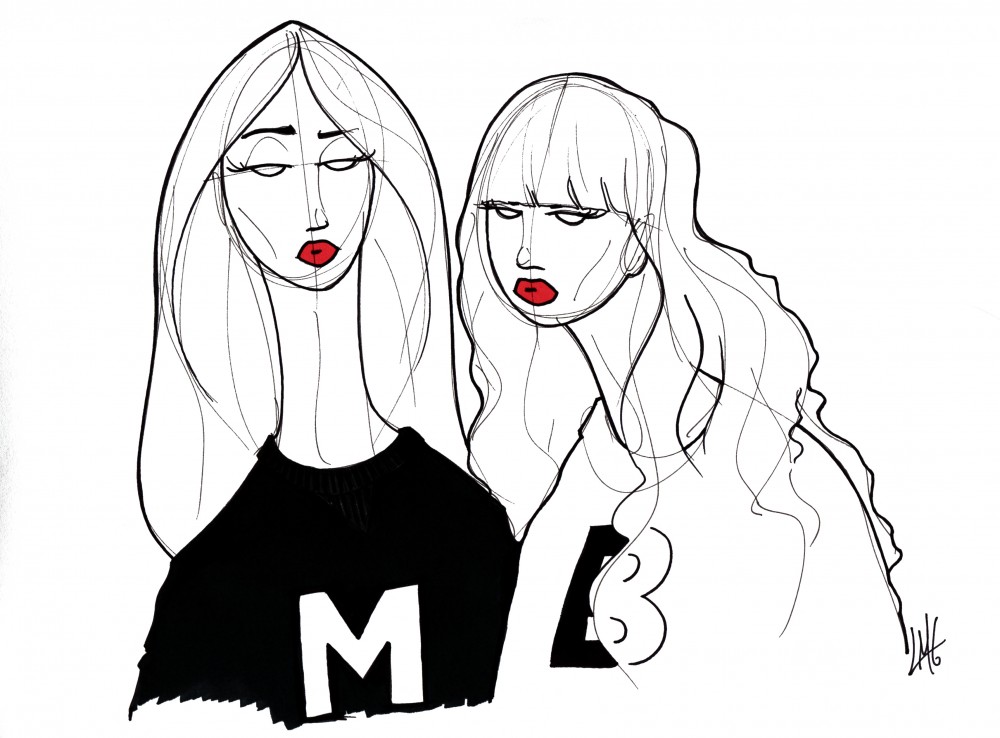