Linkin Park isn’t Nu-Metal. Linkin Park has recorded an album with Jay Z. Mike Shinoda is a founding member/vocalist/guitarist/keyboardist/producer for Linkin Park, one of our generation’s biggest bands. You know all that. What you may not know is that Mike recently revived his believed-to-be-defunct side project, Fort Minor, to drop a new VR/360 song and video, and perform the first solo show of his career. I was fortunate enough to attend this show and then speak to Mike the day after to ask him about the Fort Minor revival, how tech plays into his music, and what his plans are for his solo work in the future.

But first, a bit about the show:

A week ago, Mike – now riding solo under the FM banner – dropped a new song entitled “Welcome.” It’s an underdog anthem written for those more comfortable on the outside looking in. “I don’t need their blessing now/I don’t need their invitation,” Mike says in the melodic chorus. Not only did Mike release the new song, he dropped an accompanying video. The video parallels the themes laid out in the song and uses 360 degree virtual reality technology, allowing those watching the video to use the YouTube app on their phone to “enter” the video and live in the world Mike presents. Mike performs the song, hangs with friends, and paints a mural; as he’s doing so, the viewer can look up, down, left, and right to see what’s going on “around” them. It’s an incredible and unique experience created using some GoPro cameras and Google’s VR tech. As if the new song and video weren’t enough, Mike firmly reestablished Fort Minor’s presence in his musical world with the announcement of a one off show at Exchange LA. Thanks to Bobby and Alina (thanks guys!), I was lucky enough to attend the show. I’m a big fan of Linkin Park – sue me, music snobs. I started listening when I was nine years old and haven’t looked back. After being a fan of what he had to say over the course of three albums with LP, Mike doing hip-hop dominant tracks was an idea I could back, so the chance to see him live and celebrate the new song while also reliving the old jams was exciting.

Mike took the stage armed only with a mic, a keyboard, sampler, and guitar. If there were any nerves though, he didn’t let them show. The crowd seemed taken aback at Mike’s solo-ness at first, but after a few songs, they decided they weren’t being tricked and came to life. The nearly packed house jumped, waved, and sang along to many of FM’s biggest songs. He also dropped some verses and instrumentals from Linkin Park songs. He closed with “Remember The Name,” the song some remember (pun intended) from the year it was used in the NBA Finals and that others remember for being one of the popular tracks from The Rising Tied. The setlist was well-varied and represented the diverse and strong body of work Shinoda has created over his career in LP and as a solo musician.

The show was a blast, and hopefully will lead to a surge in Fort Minor content. Ten years is a long time. It’s not like he’s been dormant as a musician (anything but), but Fort Minor had a lane and life all its own. Check out the interview with Mike below to get an idea of what may be in store for him as a solo artist. 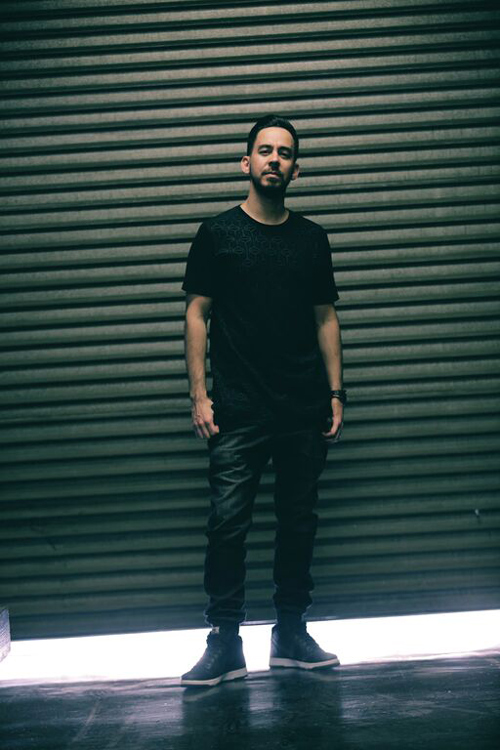 ZACH NORRIS: So, it’s been almost ten years since you released The Rising Tied. What, if anything, inspired the revival of Fort Minor? Why now?
MIKE SHINODA: A couple months ago I was sitting down writing a thing. It came together so fast and it had the basic structure and the verses, and all the sounds and the melody for a chorus. I thought, “Wow, this is not a Linkin Park song at all. Do I wanna open that door?” I just liked the song enough to where I was like, if I’m gonna come out with a song for the first time in like forever with the name Fort Minor, then this could be a good one to do it with.

Sweet, man. It was a little surprising since your last album with Linkin Park, The Hunting Party, was focused on bringing a more aggressive sound back to rock/ alternative music that you would follow up that album and tour with “Welcome,” a surprise Fort Minor song. What brought you back to hip-hop/rap after that?
MS: I like to keep people on their toes. This was like, I wrote a song that I like and I want the fans to have it. Second, as an afterthought, it’s kinda funny that it’s coming right after The Hunting Party, and it’s a good thing that it can remind people that, ya’ know, we can do Hunting Party, we can do Fort Minor, we can do A Thousand Suns, we can do Living Things—all of those records are dramatically different from each other and that’s one thing that our band prides itself on.

Definitely. You guys are definitely versatile. Which brings me to my next question. With FM being a solo project, I’m guessing there’s a creative freedom you don’t get with LP. Does working solo help your creative process, or is it more difficult working without the input of your band?
MS: Well, one of the things I was thinking about when I was coming up with this, was that I wanted to be able to do a FM show and not have it have to be a big production. This is REALLY bare bones. It’s exciting to me to be able to do that. To be able to do something on that super DIY tip is a refreshing approach.

It was a great show, man. Once the crowd figured it out, there was a lot of energy. Does last night’s show and the Conan performance have any effect on what’s happening in the future?
MS: My plan at this point is to play it by ear. Linkin Park is my number one. We’ve built something really special with the band and it’s my first passion. Our charity, Music for Relief, and our fan club can exist and function because of the band. As far as how to work in FM, I’ll be looking at the chance to do FM dates in between LP dates. If there are songs that I make that I love, but the guys aren’t that into it, then it becomes a no- brainer to finish that song up and release it as an FM song.

You guys (LP/FM) give your fans a really intimate look into the band and into your life. It’s next level. You’re so interactive. Nobody has a fan club like you guys. Did you guys want to make a statement with your fan involvement, or did it happen naturally over the years.
MS: It was a little bit of both. When we first started, the idea of fan clubs was a bit outdated. Street teams were really popular. The idea of the street marketing and the fan club became one effort for us. We felt like there was room to innovate there.

I think all that stuff is a testament to how you guys are ahead of the curve in that regard. Another aspect of the band where you guys are ahead of the curve is your tech. You guys have had video games, next level music videos, Joe Hahn’s crazy stage setups—do you make a conscious effort to be forward thinking when it comes to technology?
MS: That’s been going on for years. It’s not something we think too deeply about. That’s just what we love and what we’re interested in. We gravitate towards experimenting with these things. The 360 video with “Welcome” is an example. A month ago, 360 would’ve been very limited in its ability to reach people. Google “turned the switch” and anybody with YouTube on their phone can watch it and spin around and see inside the space.

In the newsletter for the “Welcome” debut, you said that it’s not part of an album. With the positive response for the song, the video, and last night’s performance, will that change? Do you have anymore solo stuff in the works?
MS: To me, it’s a modern way of approaching it to go piece by piece. The idea of an album, putting together all of these songs, singles, or whatever—I don’t know if that’s the right way to do this thing. If I make songs as I go, I can let people in on the process as it happens. It’s interesting and fun, and an experiment that I’m happy to take on.

Do you have any plans outside of music for any art or design stuff? Are we gonna see a The Hundreds X Mike Shinoda collab soon?
MS: You’d have to ask Bobby. I mean, we don’t have a collaboration directly between us at this point. Bobby’s a great dude. Ben is a great dude. My support for The Hundreds has always been based on the strength of the people and what they’re about.

Any plans with your art?
MS: I’ve got a thousand things that I want to do. Should I do a new painting? Should I draw? Should I make a song? Should I go out and perform? Should I get deeper into tech? I’m constantly torn in so many different directions that my effort has to be on keeping it focused. If you look at the release of “Welcome,” it’s a holistic approach. All of those boxes are checked with one thing. It was art, it was fashion, it was music, and it was tech—high tech and low tech with the 360 and vinyl. Those are the kind of things I’m really interested in doing, like, with each effort I want to bring together as many of my interests as possible.

Really appreciate your time, Mike. You killed it last night at the show. Thanks for taking the time to talk to us.
MS: I appreciate that, man. It was challenging, but fun. I had a great time. I appreciate the support.

You can find Mike almost everywhere on the world wide web, but you can start at the following places: