Filmmaker, graphic designer, and artist Mike Mills‘s work is an expression of his own sentiments – a technique used by artists who could be oblivious of their audience. But in the case of Mills, it is the recipients who make the work meaningful or purposeful. Highly aware of a receiving public, his communicative work is social and conscious. He’s not simply trying to externalize his feelings in order to achieve a personal catharsis, he is trying to reach out to people. A sensitive and gentle gesture that connects him with his audience, either through his music videos, his documentaries, his films, or his art; all function in the same manner. Although he wants to minimize his commercial work as much as possible, we’ve been lucky to have the opportunity to see his music videos and ads reach a wider audience – such as the music videos for Air, cover art for the album Moon Safari, and commercial work for the likes of Apple and Nike.

His series of clothes, posters, and other objects based in Japan appropriately named “HUMANS,” are the manifestation of his desire to bring his thoughts and ideas to life without limitations. Much like the thoughts of a child: spontaneous and clear, contradicting and dreamy, showing a universal sensitivity towards the human condition. Additionally, his feature film, Beginners, is a mix of autobiographical and fictional events – is an interpretation of his life experiences and relationship with his father. It is close to Bruno Munari’s idea that art and life should be fused back together. Mills seems to agree that the designer’s job is to respond to the needs of the time. Taking the theory one step forward, for him, it should function as the designer’s and artist’s response to the needs presented to him at a certain time that he, in return, gives back to the world filtered and refined. In addition, his art should not be divorced from the everyday; the common and the internal. Mills’s work is relatable in that it concerns us all as we try to find common denominators in what it means to be human. It’s not unlike a teenage rebellion: “All We Ever Wanted Was Everything.” 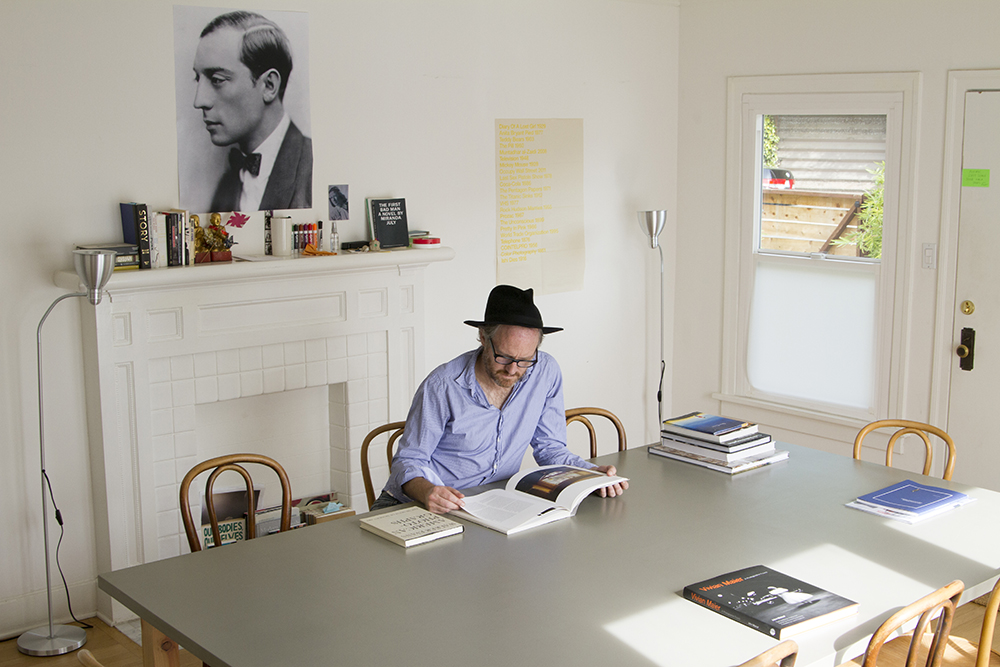 TASOS & MARINA: Can you tell us a bit about your project “Humans”?
MIKE MILLS: I was trying to create a context where I could do non-client initiated design work, something that fell in between a traditional graphic design and art practice. The posters, shirts, and fabrics were all priced cheaply. I infused the work with personal themes and issues, but always saw it as operating in a “popular” context. To me, the project is very indebted to the Werner Werkstatte, Bauhaus ideas of breaking down the boundaries between high and low. I’ve done a new collaboration of this work with Commune. New work is available on their website. 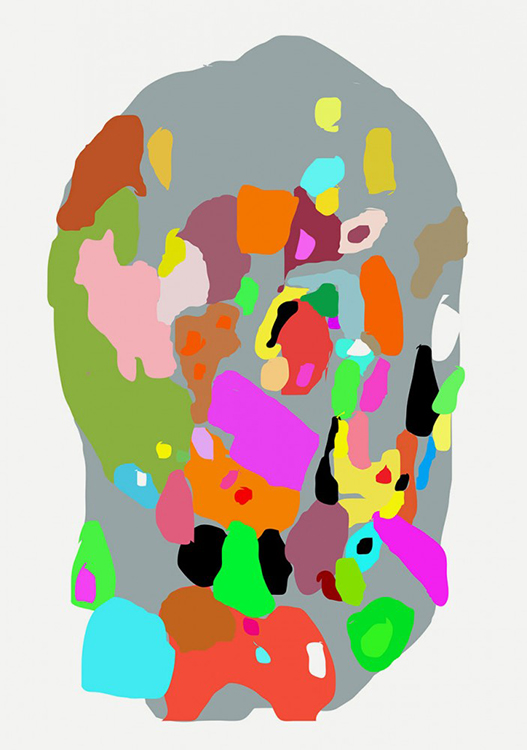 4 years after shooting Beginners, how do you feel about the movie today?
I mostly feel very lucky that I got to make that film and I’m happy with where it ended up creatively. My next film is, in many ways, a continuation of ideas and filmmaking styles I explored in Beginners, so it was an very important project for me personally and creatively.

Do you ever look back to the ’90s? What kind of thoughts do you have about this period in your life?
That was most of my twenties in NYC. I think of the Lower East Side and Aaron Rose’s Alleged Gallery and what a great time it was to be in New York City. I personally never think of it as the ”90s” though, I just think of a bunch of people I knew and worked with and hung out with and reducing it to the ’90s always feels... odd. 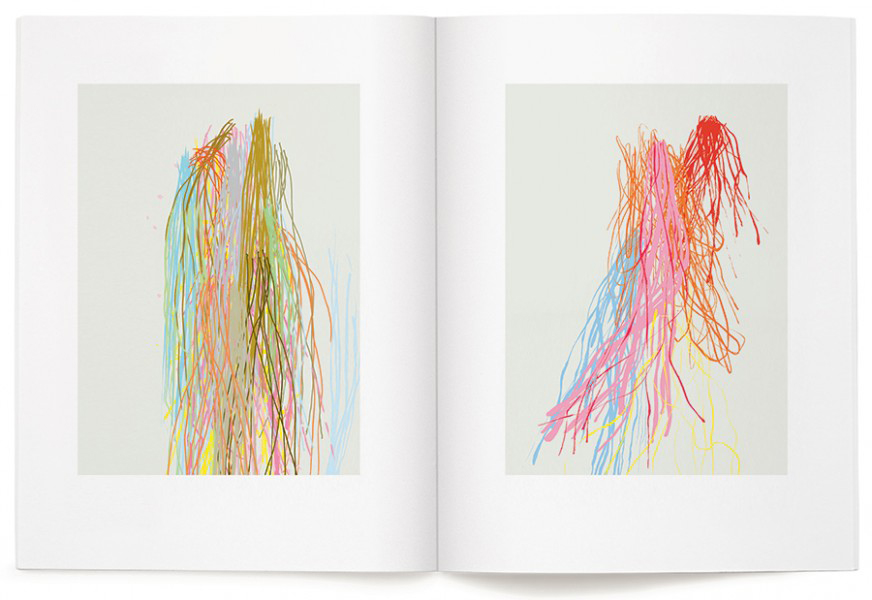 How do you organize all the different tasks that you need to do on a normal working day?
It’s hard. Especially since I had my boy. I really like jumping between very different mediums and ways of working, my mind or my creativity really likes change and things being new and the surprise of that. In any day I’ll work on 3 totally different kinds of work, a record cover, directing an ad, writing a film script – that’s mostly energizing. The only thing I do that really doesn’t sit well with the others is write. Writing takes your full body and soul, needs all the time in the world, cannot be rushed, cannot be forced, is totally out of your control.

Apart from your short and feature films, you have shot several documentaries. How important are they in relation to other projects?
Documentary work and journalism is increasingly important to me. From Frederick Wiseman to Walker Evans to “This American Life,” the impulse behind recording all the complexities of people, the world, our institutions seems like the sanest, most helpful way to spend my creative energies. But maybe the most interesting thing is how much I think about documentary films/photography in my “fictional” filmmaking. I got into it from watching The Thin Blue Line, the Maysle Brothers’ films, Wiseman’s films, and I think that way of working, shooting, and relating to your subjects is more natural, to me, than typical “fictional” ways of being a director.

How would you describe your work?
Yikes, luckily I don’t have to do that very much. That’s the worst thing to try to do – a real luxury when you don’t have to anymore.

Are you superstitious?
Somewhat – increasingly when things aren’t going well. But yes, I do think that what we understand is just the tip of the tip of the iceberg.

What are you working on now?
My next film, 20th Century Women, and a long, large adaptation of a “This American Life” story. I just did the book cover for my wife, Miranda July’s, new book The First Bad Man and the cover for Sleater-Kinney’s new record and a big television ad for Facebook. 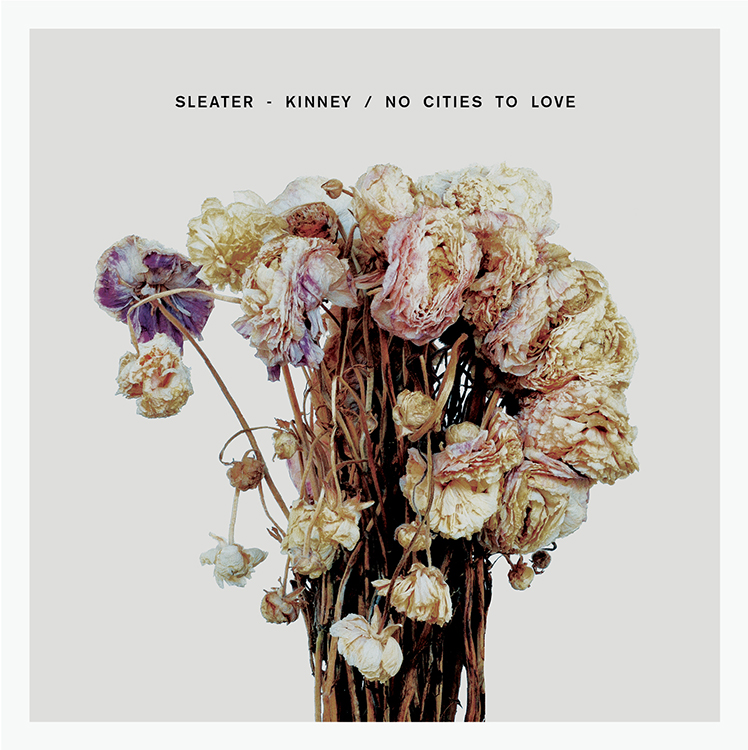 Sleater-Kinney’s album No Cities to Love. 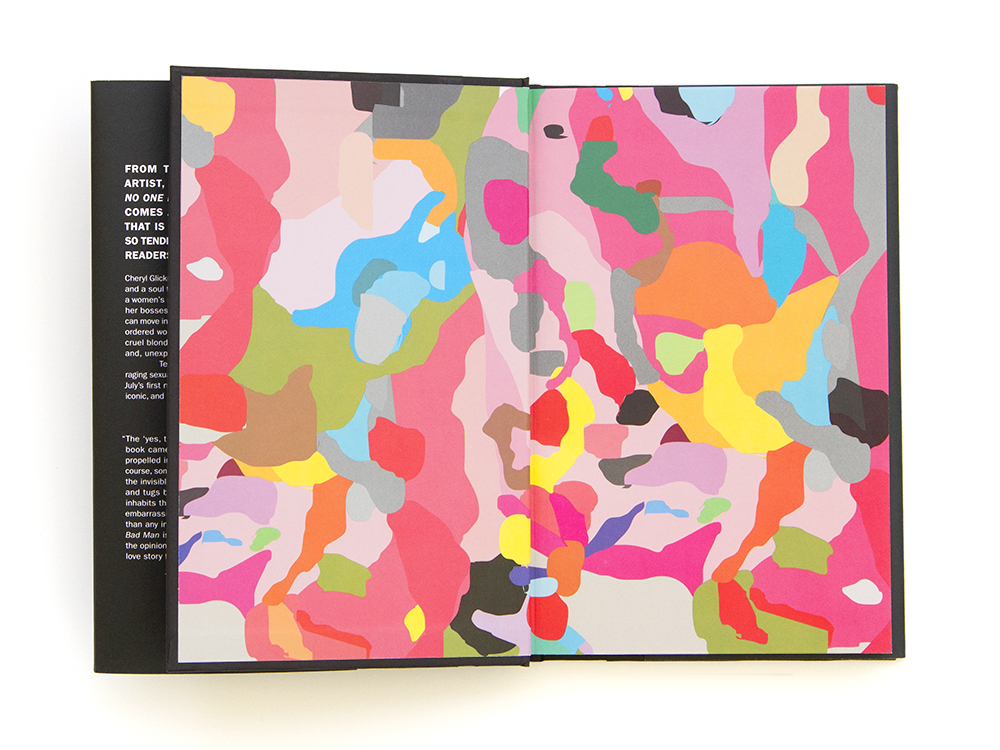 What was the last piece of music you listened to? When and where was that?
Yesterday I downloaded a bunch of old Bjork, realizing I hadn’t listened to her in a while, the opera star Marian Anderson, and the new Kanye-Rihanna-Paul song.