Only in L.A. :: When Juicing Meets Contemporary Art

This past Friday I went to Chinatown art space Human Resources for the opening of Michael Parker’s “Juicework.” From the description on the website, I imagined a quiet showing of abstract ceramics, but what I got was something much more interesting. 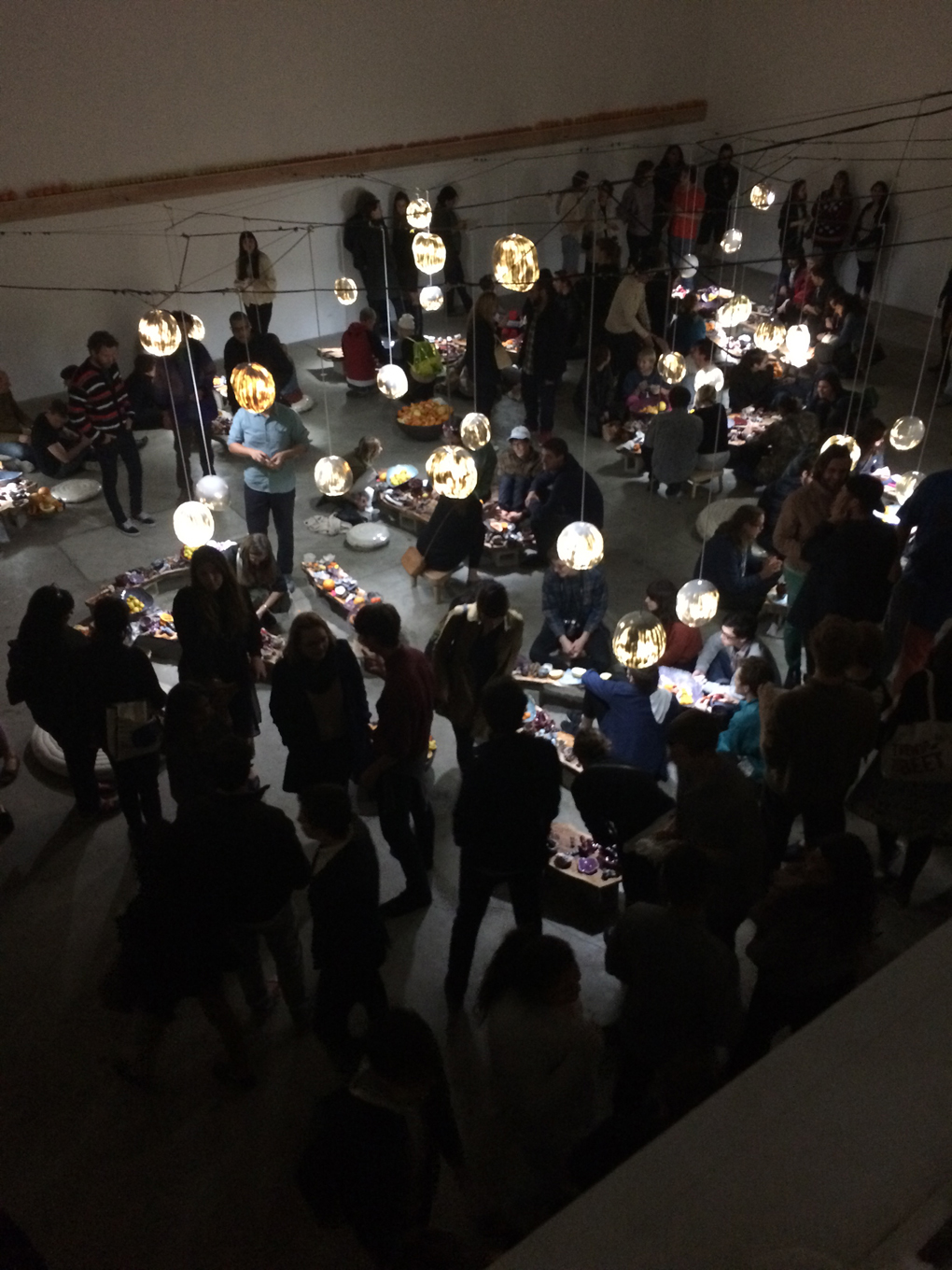 When I entered the space, instead of being greeted by a cold gallerist at the front desk, I found myself face-to-face with a stack of towels and an intricate foot pump sink. Instead of silence or the sound of tipsy networking, I heard laughter and joyful conversation. The space had been transformed into a communal kitchen, completely packed with people sitting on the floor around wood tables making a mess with oranges and pomelos and kumquats and all sorts of absurd juicing tools and dining ware. 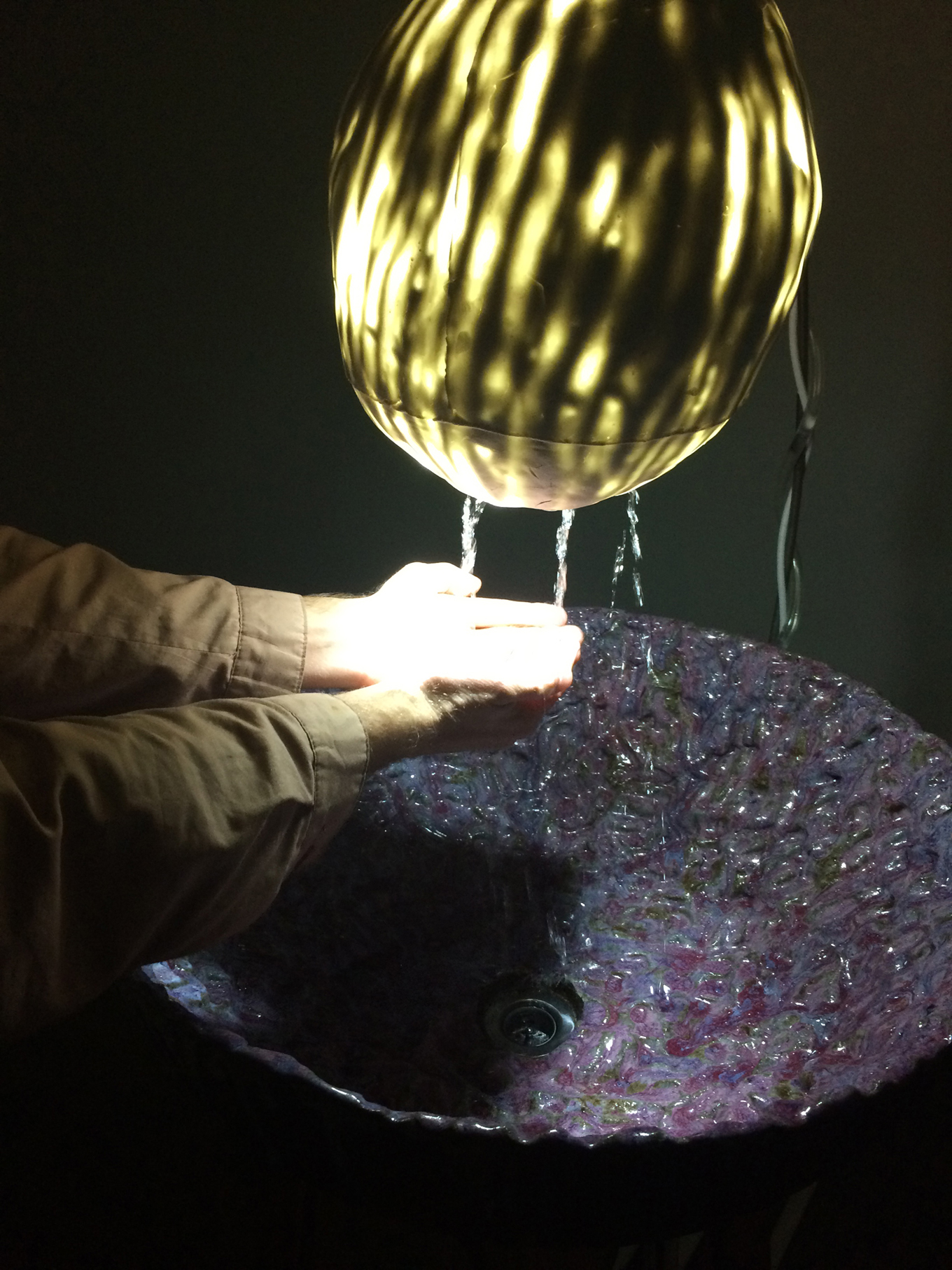 I found some friends sitting with a bunch of strangers sharing tools and juice concoctions, completely immersed in collective labor. I’ve been to art shows that try to address labor or relationality by bringing the viewers together in some sort of communal task, but this was by far the most successful attempt I’ve seen. Everyone seemed genuinely excited about the task and about engaging strangers in their work. Maybe it was something about the absurdity of the situation: art people dressed to be seen unabashedly spraying juice everywhere, or maybe it was the phallic tools and shallow bowls we were given to juice with. More likely it was the fact that everyone loves juice (something I can speak to after being forced to work at juice bars when money gets tough). 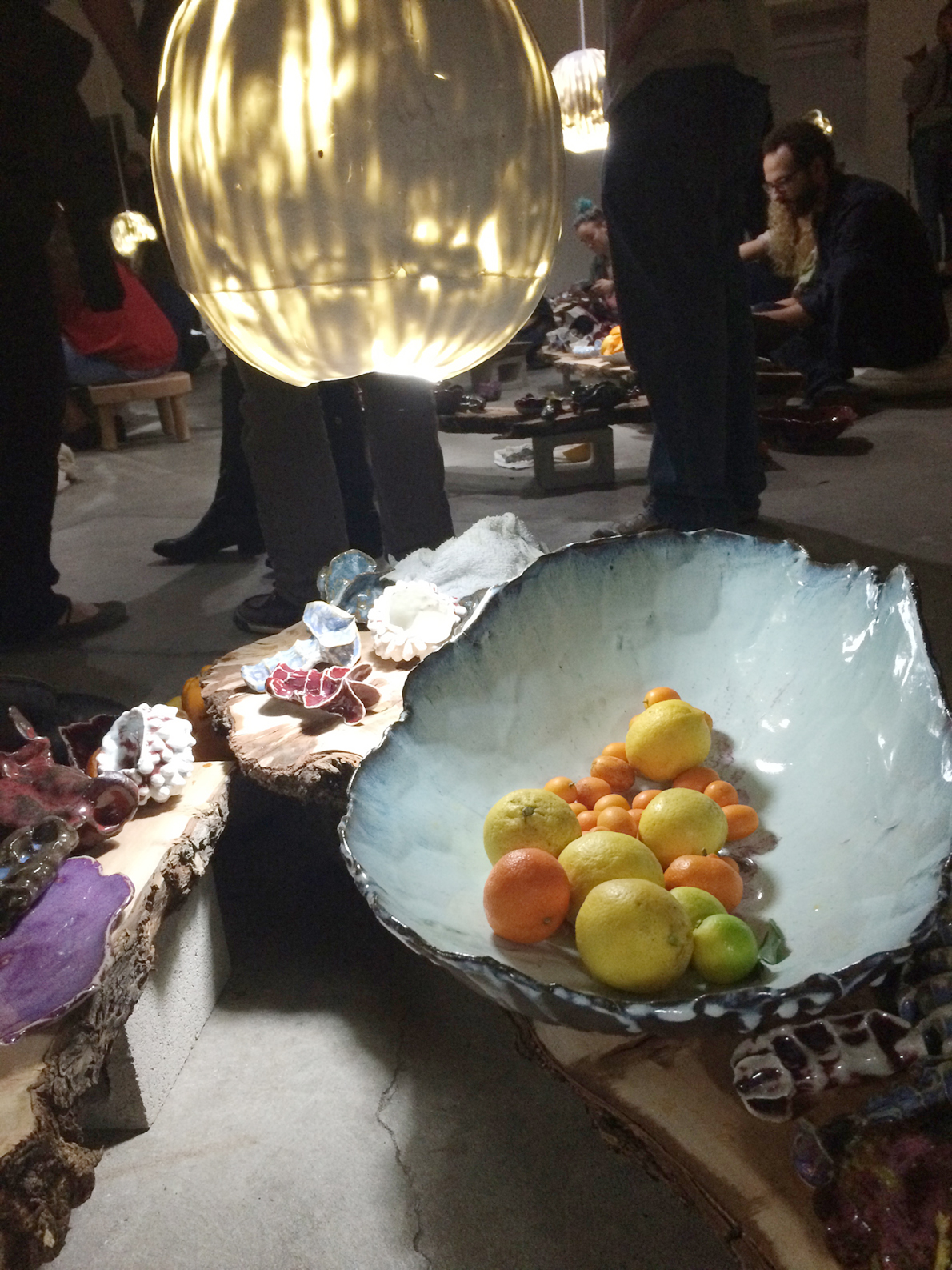 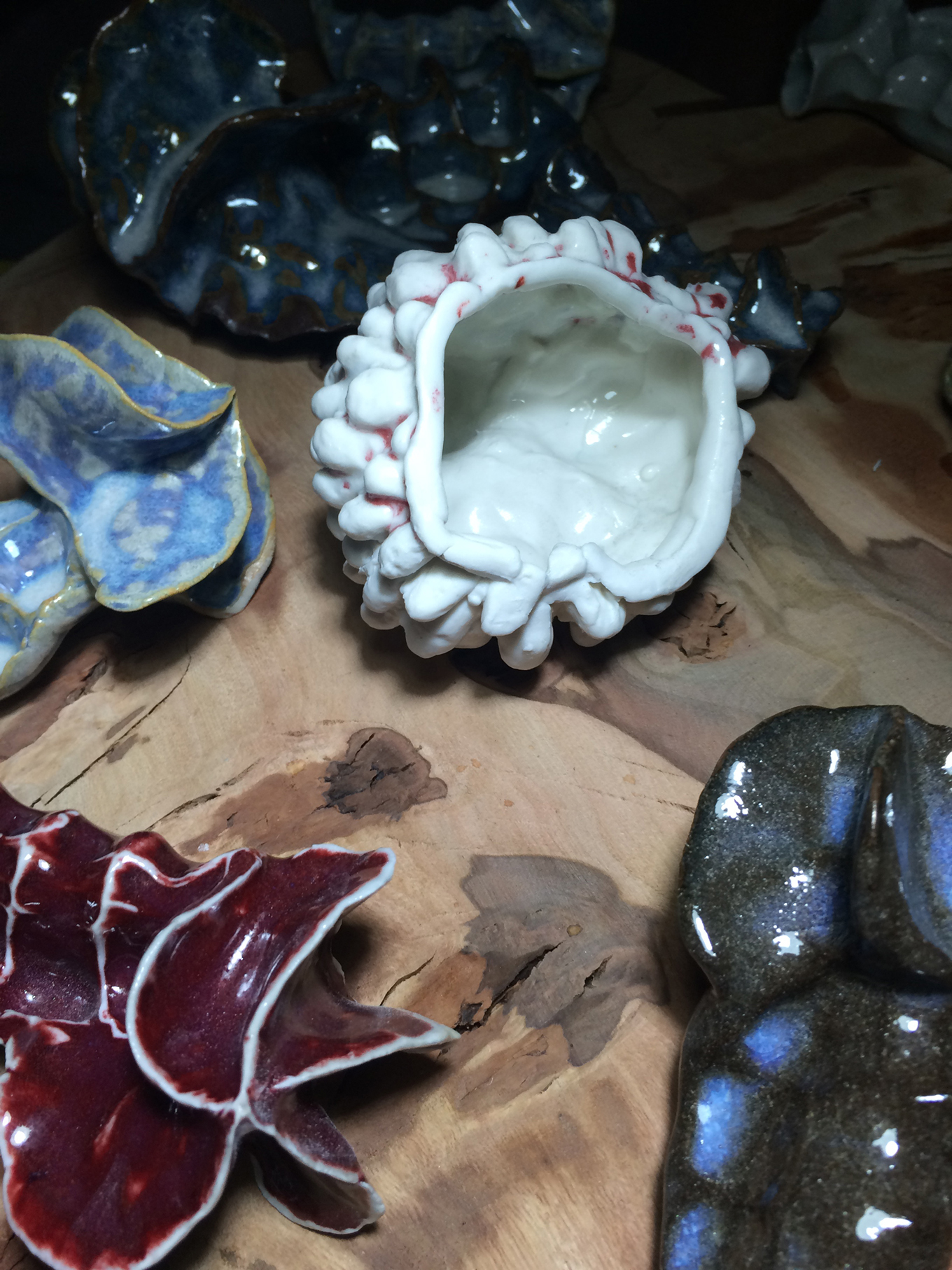 The room was lined with citrus – it was on the walls, in crates on the floor, in giant bowls on the tables. Juice covered the floor and the walls despite the rags hung like prayer flags around the space. After the initial excitement of free fruit and juice wore off, I was in awe of all of the little tools I’d been using. Over one thousand unique ceramic sculptures that I was jabbing into fruit and licking and playing with. Parker had spent so much time creating each tool, each table, each cushion, each sink. People kept commenting on how generous the work was. Someone had invested so much time into little objects that we were allowed to touch, to use, possibly break or even steal. Each one was beautiful, but some less practical than others. Everyone began comparing the attributes of each and finding the ideal slicer or which was best for juicing key limes rather than oranges. It was one of the most joyful art events I’ve been to, but when I left, I was thinking not just about citrus, but about communal labor. 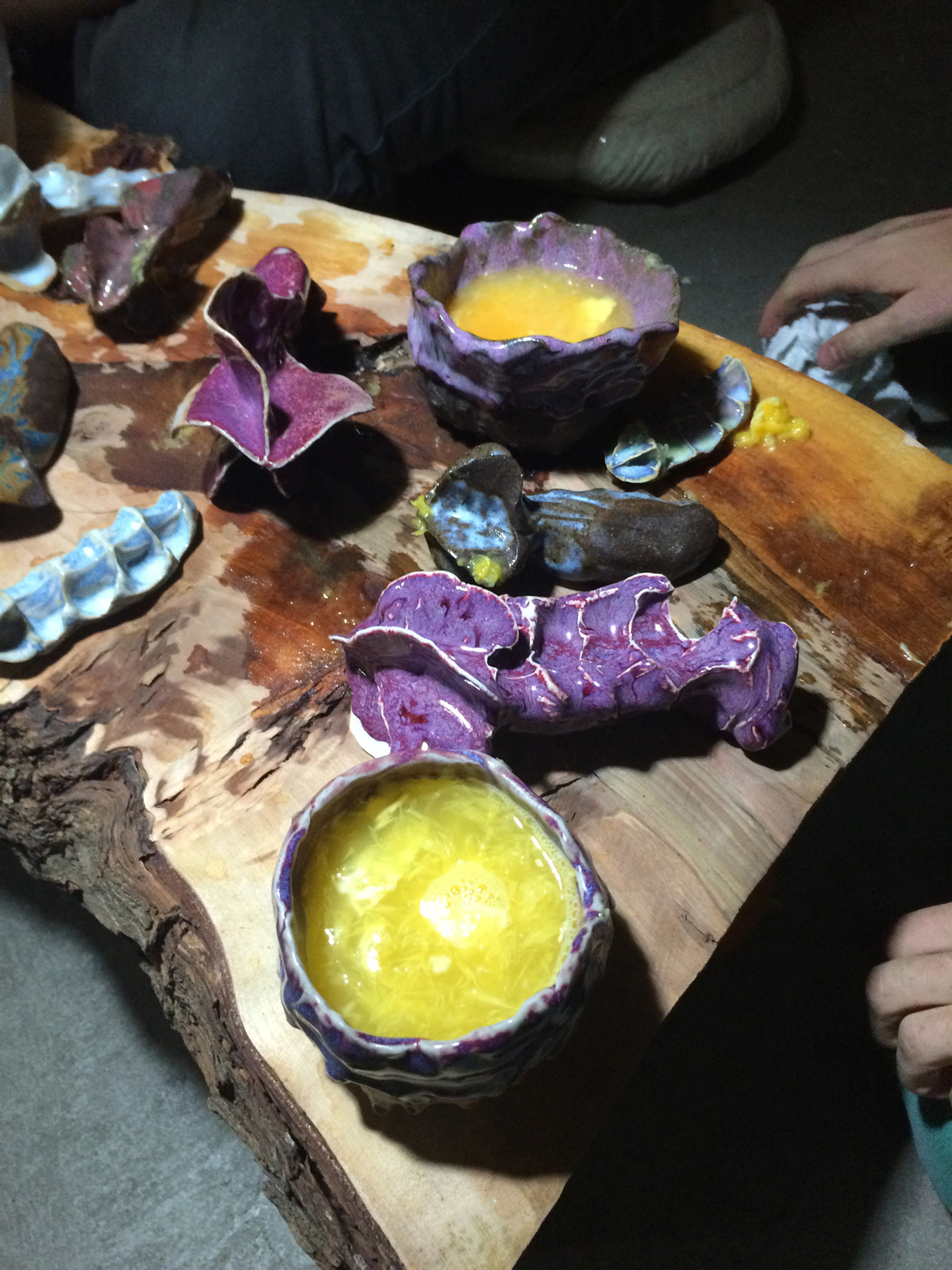 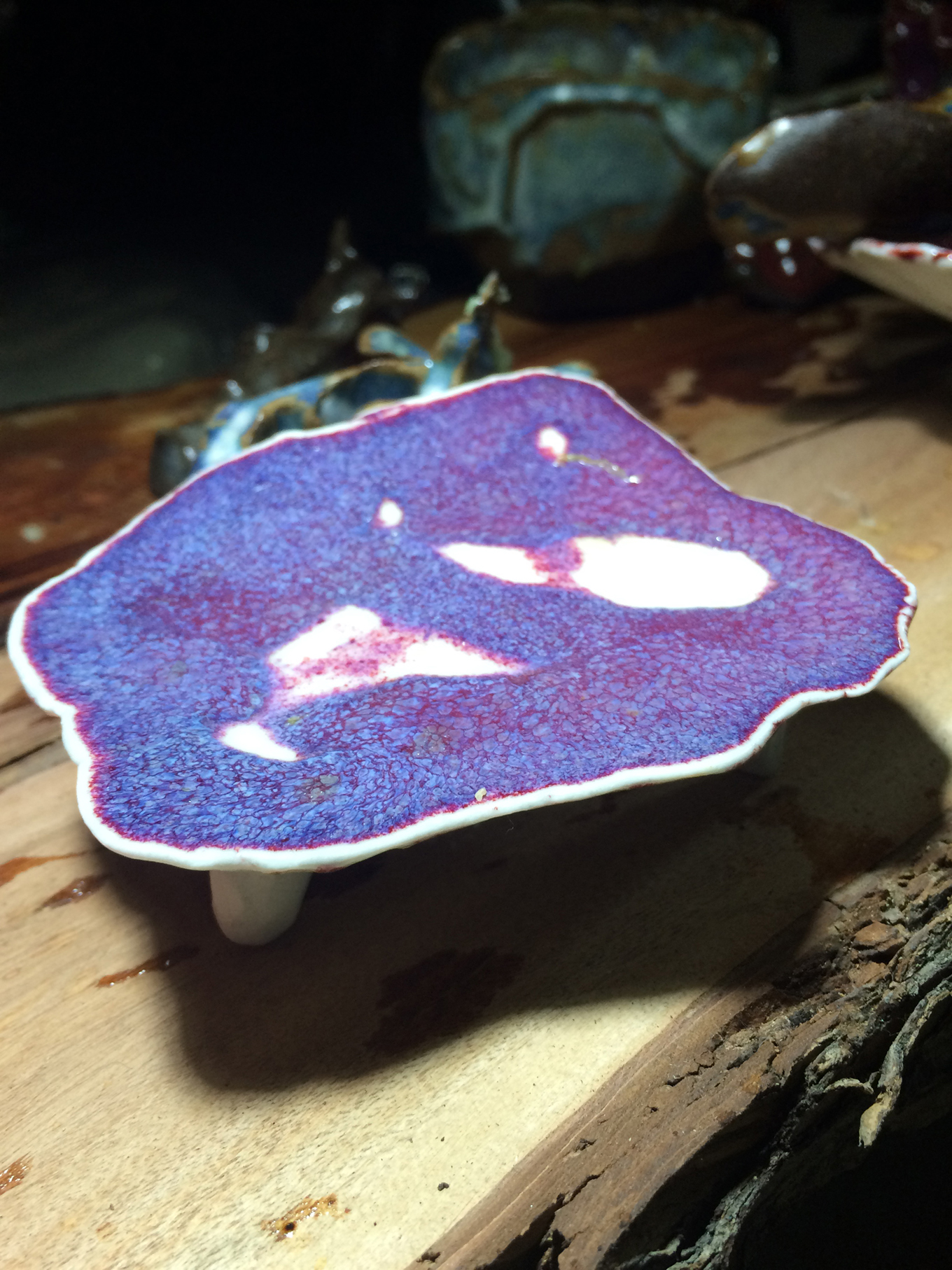 When people are brought together to work on projects, something refreshing happens. Barriers of individuality and alienation get broken down. No one seemed judgmental or insecure, I saw very little inauthentic networking. People were absorbed in working together on something they could enjoy together. The artist actually managed to get people engaged in a group activity where no one was trying to profit or stand apart from the group. When art can speak about human relations by actually participating in them it can be a truly beautiful thing. The show continues wrapped up on February 10th at Human Resources. 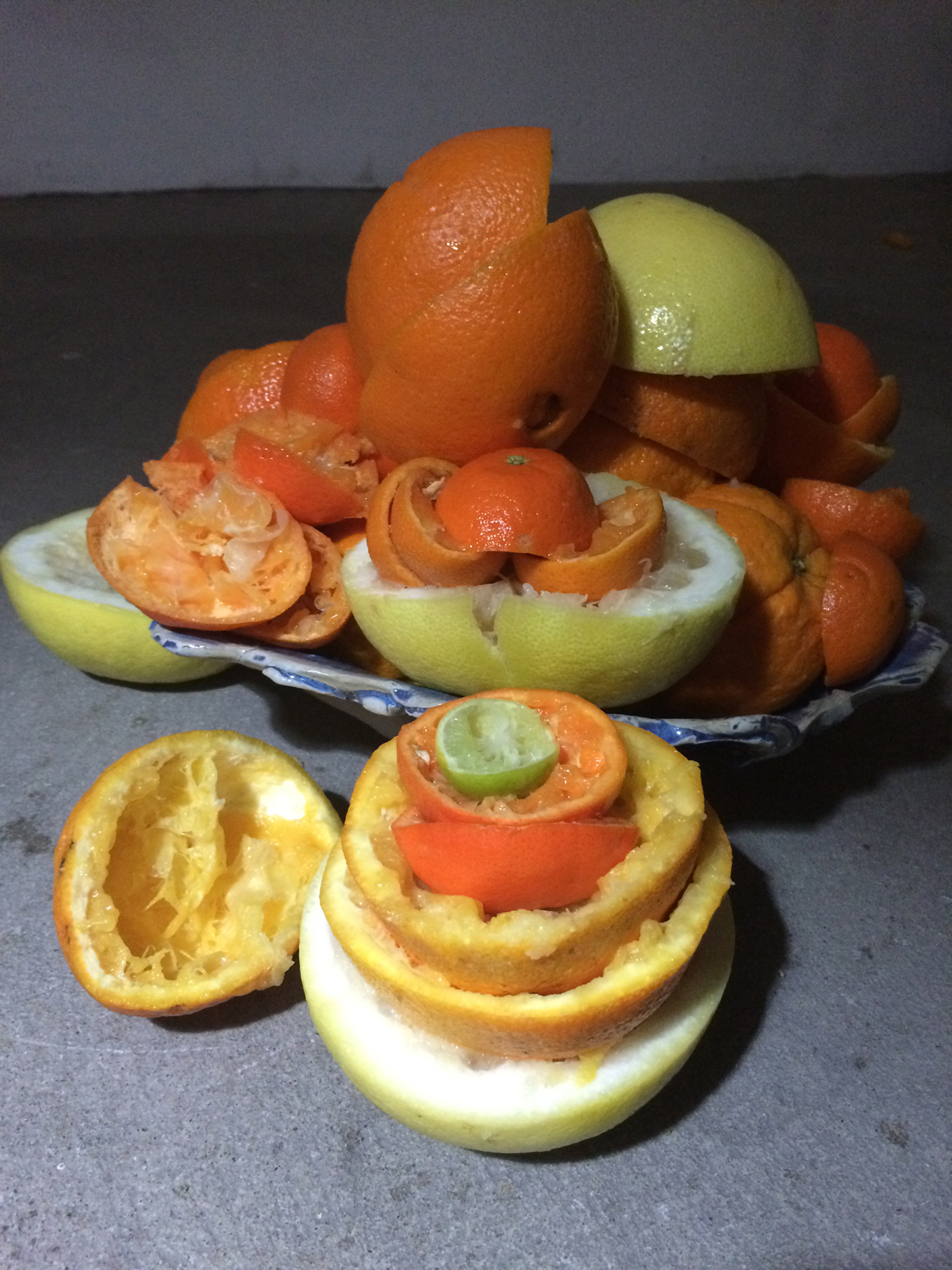 Body Anxiety :: An Online Exhibition and a New Voice for the Selfie

A NIGHT OF DECONSTRUCTED DANCE MUSIC IN L.A., WITH HUERCO S. & MORE