You most likely know Megan Amram the same way you watch Game of Thrones: 140 characters at a time. Over the past few years, she’s amassed a cult following on Twitter, with almost 500,000 followers RT’ing and Fav’ing almost everything she types. But in addition to her witty one-liners, Megan has turned this attention into consistent writing gigs, like The Academy Awards and her most recent turn on the TV show Parks and Recreation. Last week, her first book, “Science...For Her!,” a scathing parody of modern day media that just can’t stop speaking in stereotypical sexist tones to women, was released. In the style of a classroom textbook, she doesn’t just take aim at publications like Cosmopolitan and Seventeen, she examines society as a whole, even addressing Todd Akin’s mindless quote about “legitimate rape” and other political numbskulls that seem to think women just don’t have the brainpower to understand scientific concepts. Culture as a whole has taken quite a depressing turn when it comes to gender equality nowadays, from #Gamergate to Artie Lange’s most recent vile tweets, and Amram, who takes on a Colbert-esque sarcastic voice for “Science...For Her!,” is here to save us all. She took time out of her busy tour schedule to talk to us about the book and more importantly, Nicki Minaj. 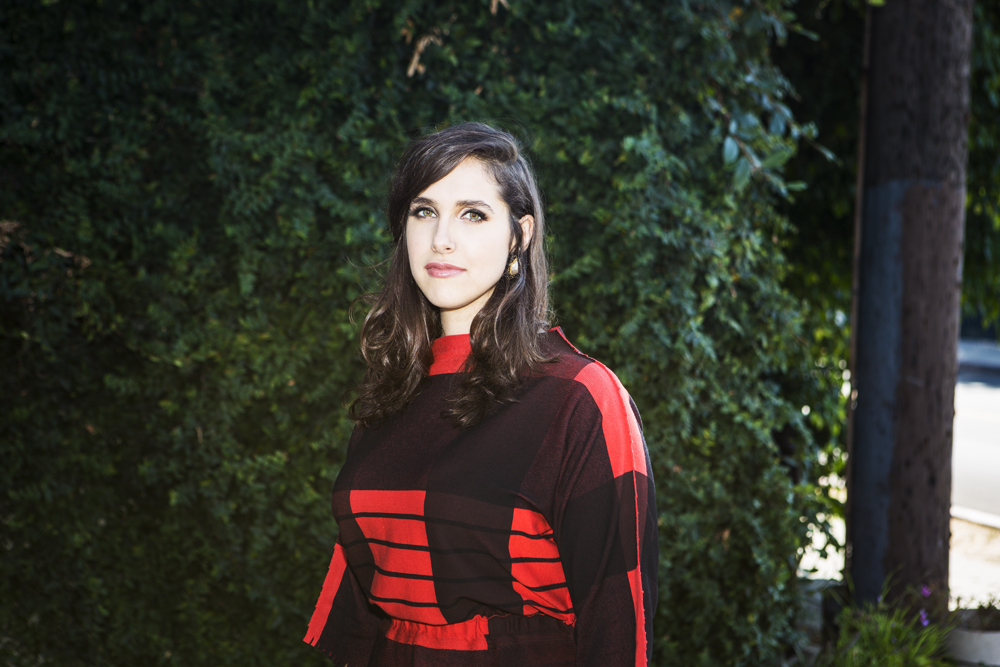 JENSEN KARP: Tell us what a whirlwind book tour is like? Is it just city to city limo rides and fancy dinners?
MEGAN AMRAM: So many hotel room robes. I request thirty robes in each city I visit. Mama needs her terrycloth!!!!

It’s obvious that magazines like Cosmopolitan and Glamour influenced the satirical aim of the book, but I’ve recently noticed less obvious media outlets, like The Today Show, even speaking in that offensive “you don’t know what you’re talking about” tone towards women. While you were writing the book, did you become more aware of mainstream media using it?
Yes! I think that’s an insightful takeaway – that disdainful or passive aggressive stereotypes of women pervade almost all types of media. I definitely became more attuned to what I believe to be sexist language as I wrote the book. It really fired me up. That’s what I am really trying to get at with the book – there are big examples of sexism, like sexual violence towards women, but there are also little, more insidious ones, like the language we use to talk about women

Navigating through TV writer’s rooms, which at least in the past have been notoriously labeled as “boys’ clubs,” have you experienced any of the ridiculous tone you adapted for the book while working?
I personally have not, though it exists. I’ve been so fortunate to luckily only work at shows that have had really wonderful atmospheres. Very kind and supportive. Parks & Rec especially is a very progressive, feminist writer’s room. My boss and the creator of the show, Mike Schur, vocally considers himself a feminist and the writers at Parks often discuss social issues like feminism at length.

You obviously did a lot of research with women’s magazines while writing the book. Was there any advice you read in them during the process where you were like, “Hey, that’s actually a good idea...?”
I would find myself reading a lot of the fashion and shopping segments – this summer’s hottest capelets! – and really want to change my whole lifestyle and turn into a fashionista! I’m not very trendy at the moment. To give you a clue as to what level of fashion I’m at right now, 80% of the clothes I’m wearing were bought at the Cheesecake Factory.

Though I tease women’s magazines with this book, I truly think fashion and makeup and boys are awesome. It’s not the content I usually disagree with, it’s the tone in which it’s discussed. I’m not embarrassed that I like that stuff. Modern women should feel free to like whatever they want, as should modern men.

Did you read comedy books growing up?
Yes! America: The Book was clearly a huge influence on me. I also remember reading Wigfield by the Strangers With Candy people in high school and thinking how insanely funny it was and how I’d want to do something like that someday.

I’ve always been such a fan of your writing, especially since you’ve proven the ability to take really fearless chances with your goals and voice. Is there someone currently writing that inspires you in the same way?
Thank you! I’ve loved Maria Bamford for many years and I am always impressed with how she thinks so differently from anyone else I’ve ever known. Tig Notaro is an incredible stand-up comic and can be so moving when she talks about her own life. Chelsea Peretti is one of the greats.

My favorite part of working on The Bachelor parody show “Burning Love” was reading the comments from people who thought it was a REAL dating show. Have you run into anyone who believed you are the ridiculous character you wrote the book under the guise of?
A lot of people so far have believed that this is a sincere book, and I LOVE it. I am obsessed with reading the comments of people who think I’m objectifying women sincerely. Some female doctors and scientists have gotten pretty up in arms. I want to tell them we’re all on the same team!

If you had a teenage daughter today, who would you point them towards a role model? And who would terrify you?
Nicki Minaj, for both answers.

Speaking of, I need to know your thoughts on her newest video that may/may not be inspired by Nazi imagery?
I haven’t watched it yet because I’ve been on my BOOK TOUR, JENSEN. YOU KNOW, WORKING!!!! Which is good, because I prefer to live in a blissful state of ignorance and just assume Nicki Minaj is not a Nazi. But even if she is, hey: she puts the “S.S.” in “ASS!!!!”

Remember, you can follow Megan on Twitter @meganamram and pick up her hilarious new book, “Science...For Her!” basically anywhere you can buy books that hasn’t went out of business. 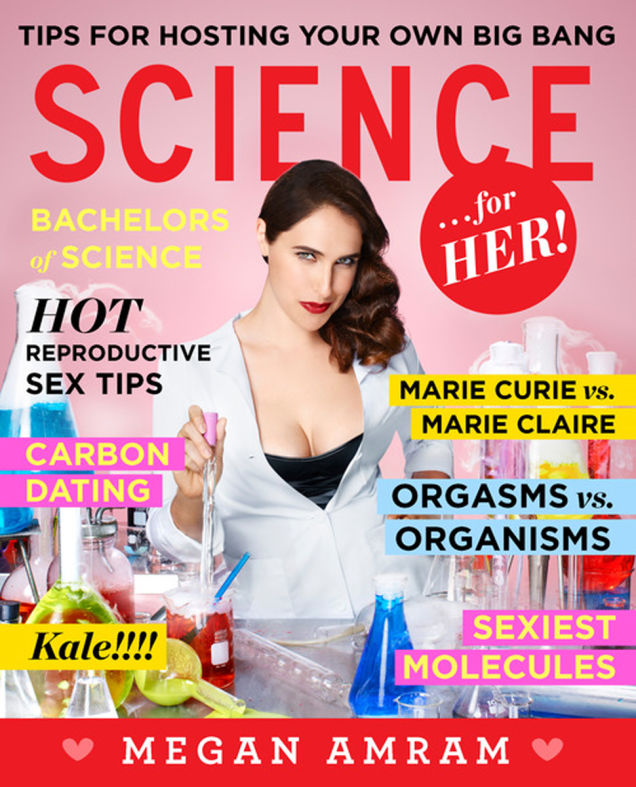