Above the Law :: Marijuana in American Pop Culture

On Rihanna’s Instagram, amid selfies, magazine photo shoots, and photos of friends and family, are dozens of flicks of da gyal dem—on the set of her Fader 100 cover shoot, on the beach, on a boat, in dozens of bikinis—smoking weed. Even though cannabis has been vilified for decades (i.e. the “gateway drug”), it has also been an essential underlying element of pop culture for decades. Now, it has taken on a more public role: Over the last couple years, weed has crept out from the shadows and attempted to shake off many of its negative associations.

Though marijuana has a long history with the U.S., we aren’t sure when it exactly made its way over. Some people boldly say it was with Columbus in 1492, and others say it came with the colonists, who were lawfully obligated to grow hemp in the 17th century. But hemp isn’t smokeable weed. According to University of Kansas professor and expert on the geographical origins and spread of smokeable marijuana Barney Warf, the smokeable strain of cannabis, cannabis sativa and cannabis indica was brought into the U.S.—specifically into Texas—by Mexican refugees after the Mexican Revolution of 1910 to 1911. El Paso created the first city mandates against the drug in 1914, and from there, the first national statutes were passed with the Marihuana Tax Act of 1937, which taxed marijuana distribution. The act was later repealed by Congress in 1970. Years later, in 2012, Colorado and Washington became the first states to decriminalize marijuana; it was the first time cannabis was legalized since 1937. Now, four states have completely legalized marijuana, and 16 states have decriminalized marijuana. 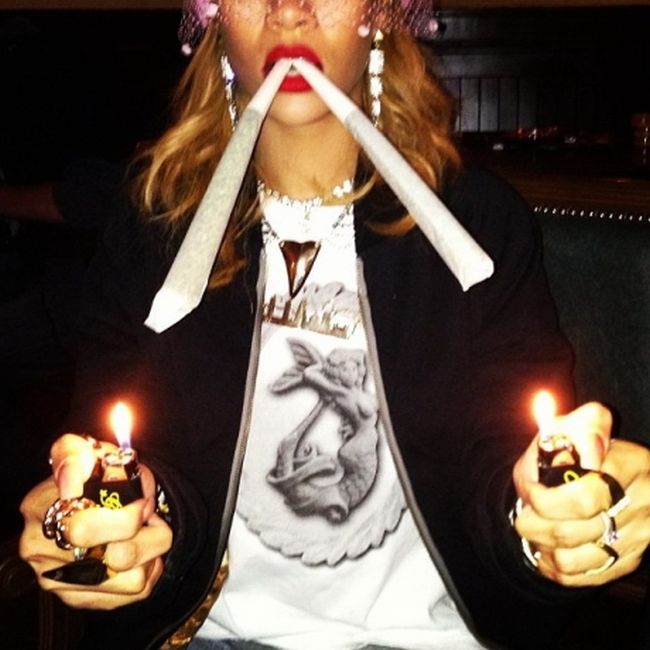 As cannabis steadily made its way from its native home of Central and South Asia, across the world to the U.S., it has also taken its time trickling down pop culture’s pecking order. It was almost exclusively elemental to the “bad boys” of hip-hop and rock’n’roll, its reach growing to pop stars who were shamed by the tabloid press when caught. But with major players like The Weeknd, Rihanna, and Miley Cyrus—and presidential hopefuls like Bernie Sanders and Rand Paul—advocating for the plant, cannabis has now fairly entered the mainstream. Rihanna’s openness has even caused family-friendly celebrities like Jennifer Aniston and Cameron Diaz to admit to smoking. Princeton University political historian Julian Zelizer points out that among the reasons that the U.S. is easing off weed is because it’s become familiar. Some of our favorite TV characters, like Don Draper, Emmy Rossum, and Nancy Botwin smoke. Critically acclaimed R&B singer The Weeknd also cosigned the substance by signing an endorsement deal with the vaporization company PAX Labs—also an official co-sponsor of his “The Madness” fall tour—to create his own special edition vape, which is branded with his “XO” logo and plays the tune to “The Hills.”

When I was in college, around 2008, no one could have imagined that a Billboard chart-topper would align him or herself with the (now increasingly legal) drug. The progression of vaporizer technology—the emphasis on helping the technology evolve so that it’s pocket-sized and portable—speaks to marijuana’s significance to our society, medical and otherwise. Most vaporizers I dealt with in the early 2000s were tabletop vapes—the OGs of the vaporizer world—which came in the form of a temperature-metered box with a tube and mouthpiece. The tube was attached to a glass cylinder that held the weed, which was then inserted into the box. But who the fuck wants to deal with that anymore? 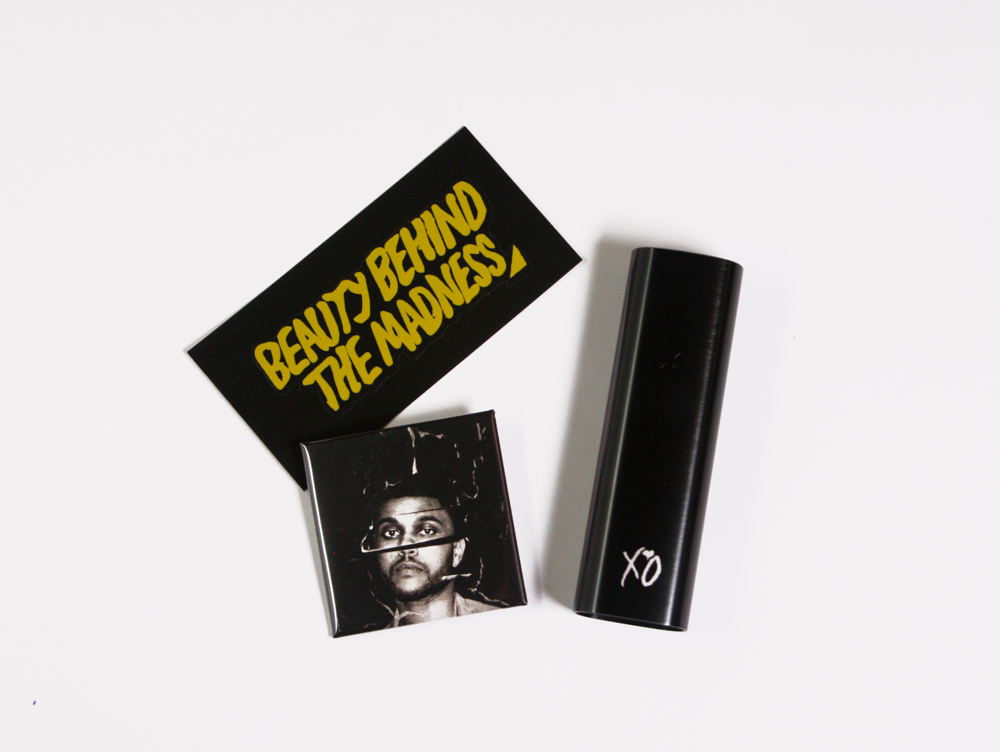 Sitting at the crosshairs of marijuana culture and music, PAX’s collaboration with the Weeknd open the vaporizer and marijuana industries to a larger customer base, highlighting the plant’s more positive attributes. Marijuana’s paradigm is slowly shifting, supported by the many facets of pop culture: Music, movies, fashion, lifestyle, and social politics.

For smokers like me, this all bodes well: My history with marijuana is embarrassingly youthful at best. My first time smoking occurred after my high school sophomore year homecoming, when my friend essentially stuck a pipe in my mouth and lit the bowl. From there, long car rides and frantic texts to find my next pack dotted my existence as a high school student. It all culminated in the worst way possible when my mom found paraphernalia in my backpack on my eighteenth birthday and threw my weed and my first pipe (which I belovedly named Cherry Blossom) in the trash at the local supermarket.

I never really kept my smoking a secret from kids in high school, but I was definitely one of those girls who was seen as a “stoner,” which certainly came with its fair share of unfavorable connotations. I was friends with the girls who were also ‘stoners’ and “potheads,” though we were a smart bunch and did well in school, regardless of our proclivities. Not a lot of other girls could hang like us, and knowing how to roll a conical joint or L wasn’t particularly cool. Though I would sometimes get that knowing nod when a dude borrowed my lighter and saw that the end was coated in black residue—from the many times I’d packed down a bowl—I still felt alienated from kids in school.

This is not to say that Rihanna or the Weeknd have necessarily been the ones who have made smoking weed acceptable, but it just doesn’t seem like a big deal anymore. Being a stoner or pothead no longer means you’re a slothy, lazy, good-for-nothing hippie; it doesn’t mean you’re dumb, or that you have to act or dress a certain way. What I can say is celebrities like Rihanna have proven that you can remain classy—you can preserve your status as woman of the hour (or man of the hour, in the Weeknd’s case)—and still smoke weed. Celebrities have helped to take the stoner stigmatization out of marijuana, making it almost as normal as drinking a glass of red wine when you come home from work.  Even my mom (a.k.a. my personal pot police) now jokes about chilling out and smoking weed, and thinks it should be decriminalized. I’m pretty sure that if my mom, the strict Indian parent that she is, thinks smoking weed is okay, then we can all take a toke, sit back, and relax.