Tattooing, like Streetwear, thrives in the underground.  Correspondingly, as the spotlight peels back generations of secrecy (aided by pop culture, the Internet, and a new school of iconoclasts), questions arise as to creative growth and progression in spite of tradition and purity.

Matt McCormick exists at the crossroads.  Better known in street circles as “Manface,” the LA-based artist (by way of SF) is developing a following for his black-and-grey tattoo work, although his style doesn’t tidily fall into a category.  In fact, there isn’t much that’s clean about Manface’s tattoos, and his clients prefer it that way.  “It’ll be funny,” he says from atop his downtown Los Angeles studio, “I’ll do a tattoo that I think, technically, is my best tattoo and no one gives a shit about it.  They want to see these weird line drawings and stuff like that.”

Manface’s more famous pieces aren’t the flash-art-worthy handiwork that wins reality shows.  Nor is his work ironic or cheeky, the tattoo-du-jour of hipsters and Tumblr spawn.  Instead, his creations are flawed, yet earnest – perfect in imperfections.  There’s a crudeness in his aesthetic that speaks candidly.  “I want them to look like drawings.  I love old Sailor Jerry designs and all that classic stuff, but I want to see my personal drawings on people.  Not to sound cheesy, but I’ve always been into how prison tattoos looked. And the kind of rawness to them.  Or your shady uncle who had that cool tattoo… Even though it probably looked weird, it was badass and like, ‘Oh, that’s a cool tattoo.’ So I wanted to do something different.” 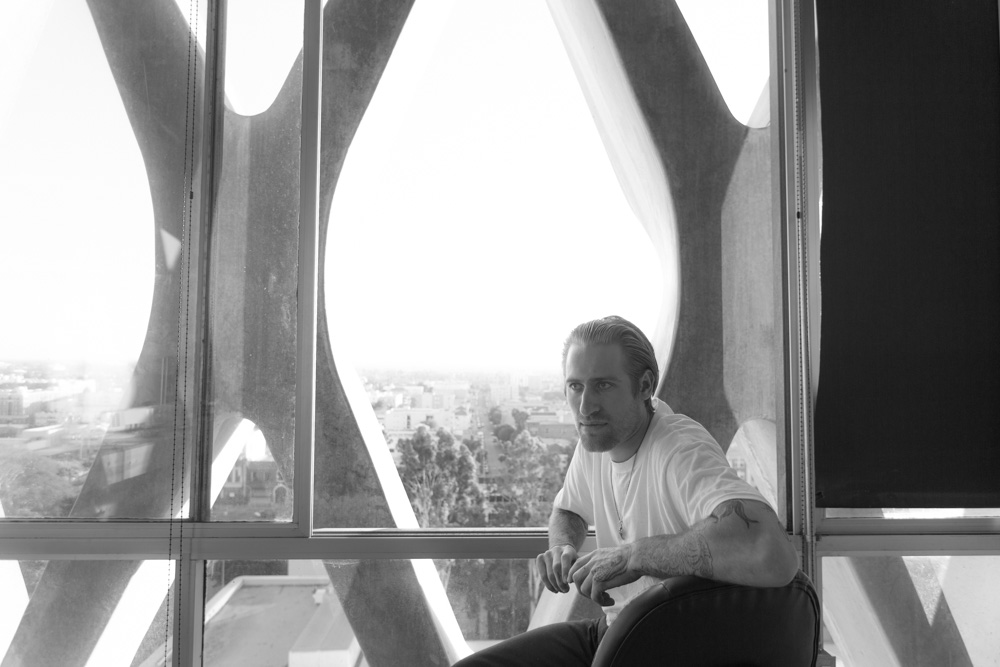 His social affiliations with Odd Future and Trash Talk established a core fanbase that sought out his signature style (“I do all these really sketchy-looking line drawings with phrases underneath them.  It’s a really cool feeling that people want those.  I’m the only one doing those kind of tattoos…”), but Manface’s journey began long before he toured with the popular rap and hardcore bands.  After bouncing back and forth between the Bay and Seattle, he ventured out to New York.  “I remember there was a moment where I got a really good bagel at four in the morning and I was like, ‘This is just the coolest thing in the world.'”  He reminisces, “I was there for five years.  I had a couple of art shows, I started tattooing a little bit.  I worked in the nightclub so I was up until 6 in the morning, at least, every night.”  Manface burnt out fast, so he retreated to Los Angeles where he found a home at The Hundreds Los Angeles.  Life on Rosewood provided new opportunities and relationships, but it also revived old habits.  “I slid back into my old ways a little bit.  I was drinking all the time and drug use and this and that. Being on Fairfax wasn’t necessarily the most stimulating, mentally, for me as far as backwards views of people that would be over there: Kids and shit and homophobia and other kinds of weird stuff. I felt like I was in this scene that – obviously I have a lot of great friends from over there – but I always knew I wanted to do more. So I just had to remove myself from everything for a while.”

“I started going on tour with Trash Talk and Odd Future.  I got back from Europe and I had kind of reached the end of my road with partying – people were starting to die and things were just starting to get hectic. I went to SF for about four months and started drawing every day and tattooing again.”  And by the time he returned to LA, he had found his new addiction: his art. 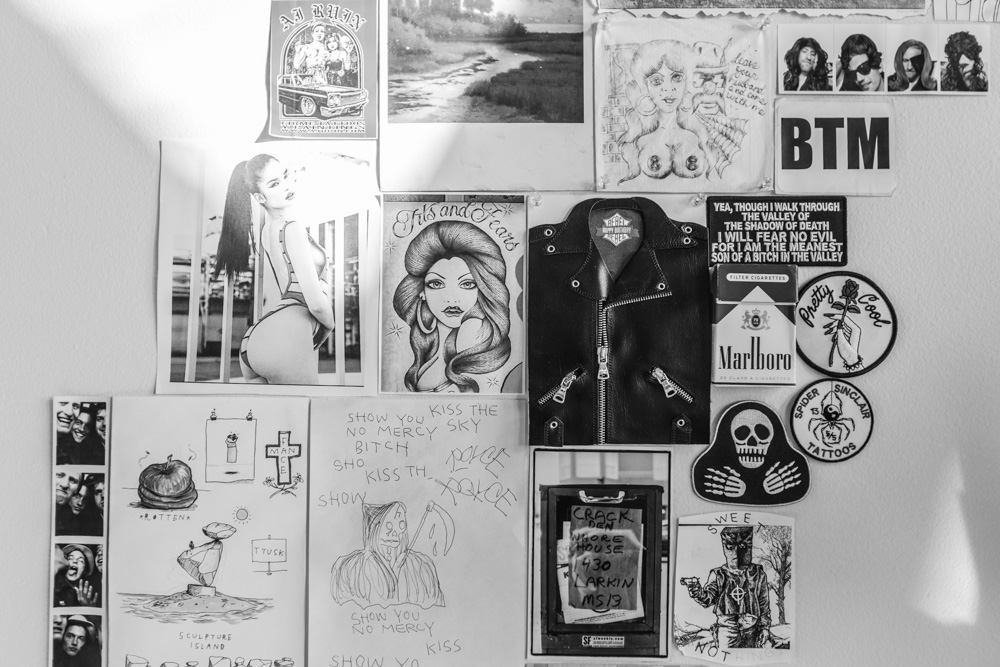 The son of a painter (his dad) and photographer (his mom), Manface had always been entrenched in the arts.  But his addictions had starved his output, whittling it down to napkin drawings and barren dreams.  “As soon as I cleared my head, I realized it’s what I’ve always wanted to do. So I started doing it every day and things just started happening.”  For one, capturing the attention of some of the world’s most prominent tattooers.  Over the past year, he’s rubbed shoulders and shared insights with masters from Wes Lang to Scott Campbell.  And his art portfolio outside of tattooing has also raised eyebrows.  “I’m just trying to put together as much as I can so that when a show or whatever comes along that I feel confident in or that I feel will represent the work the right way, I’ll have a good body of work to show. I’m sitting on tons of drawings and paintings.  I could easily fill any space, but I wouldn’t be happy with it.  It wouldn’t feel like it would show where I’ve come to as an artist.”

Manface looks out his window.  The sun sets quietly on Los Angeles and from where we stand, I can see all the way to the ocean.  He takes a long drag of his cigarette.  From San Francisco to Seattle to New York to Los Angeles, Manface is finally at home.

“I think tattoo has really grown, I think there’s a lot more room for different stuff. There’s so many more people tattooing now so it’s opened the doors for a lot of people to try different things and experiment, which is cool.” 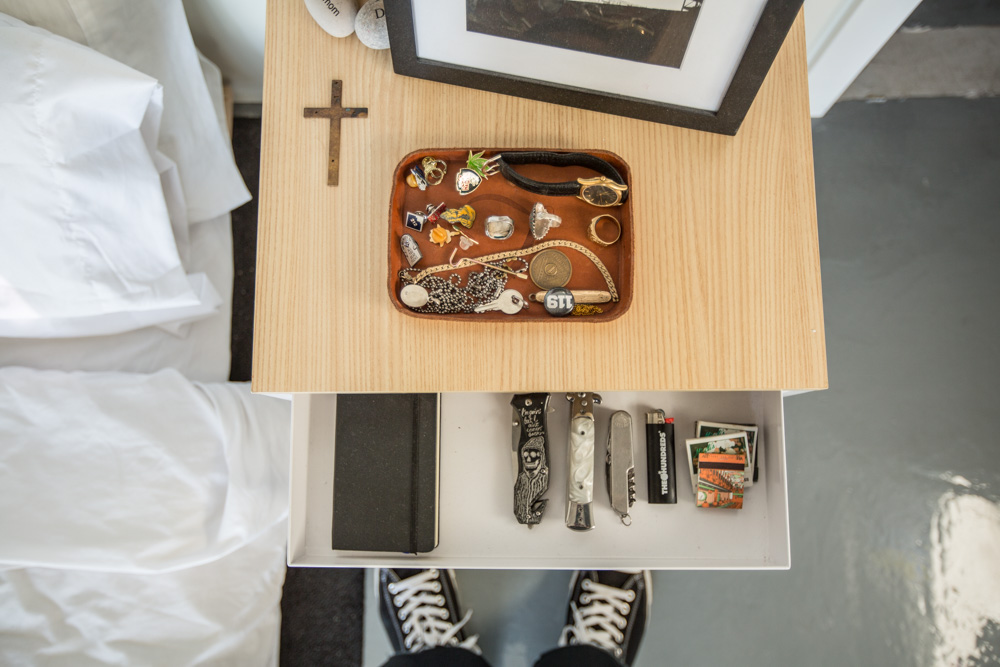 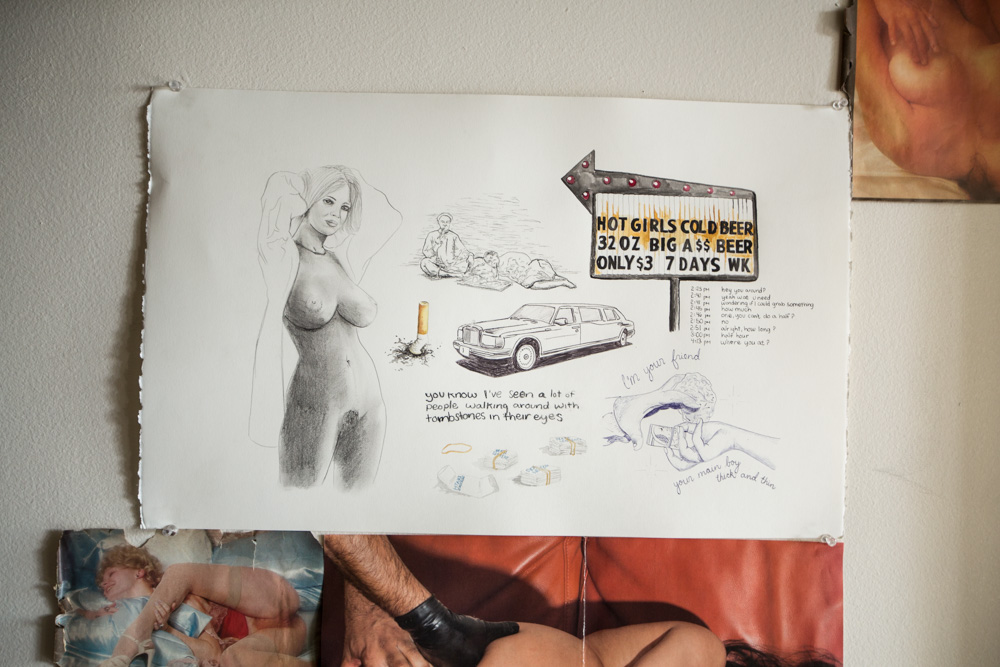 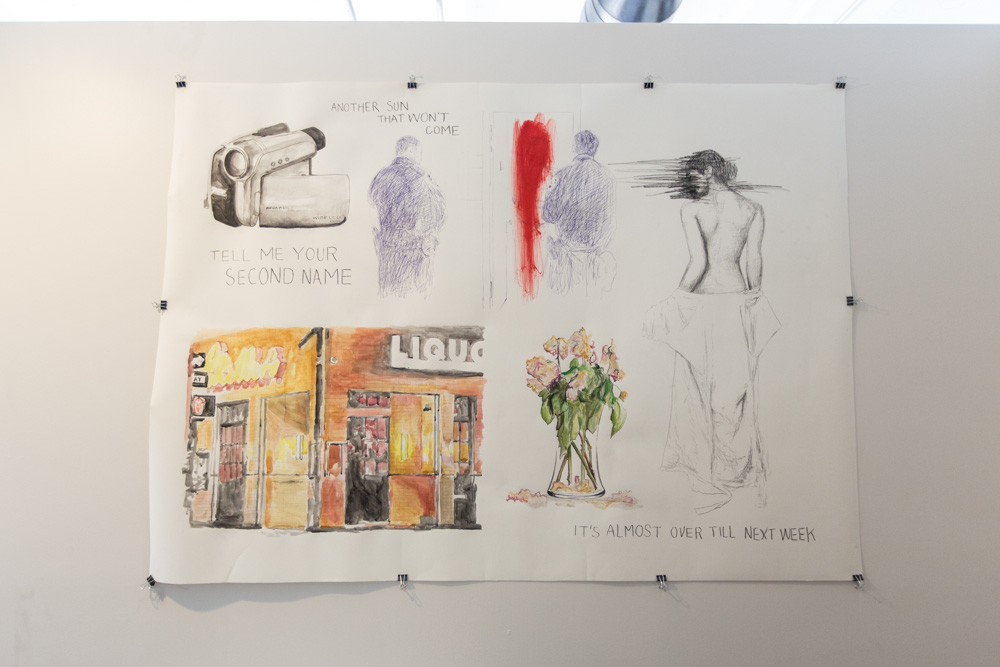 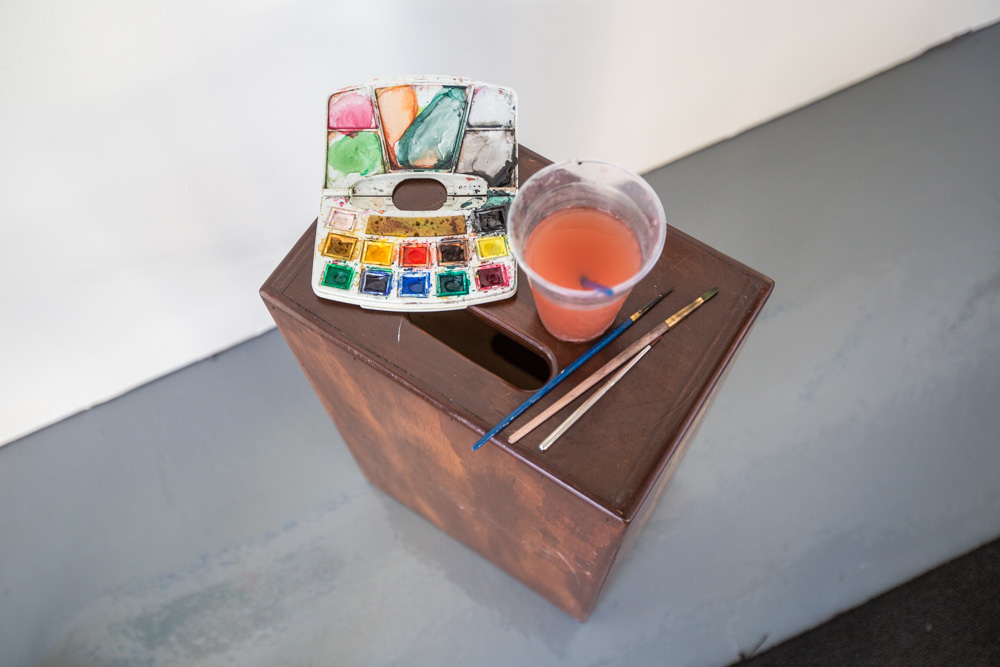 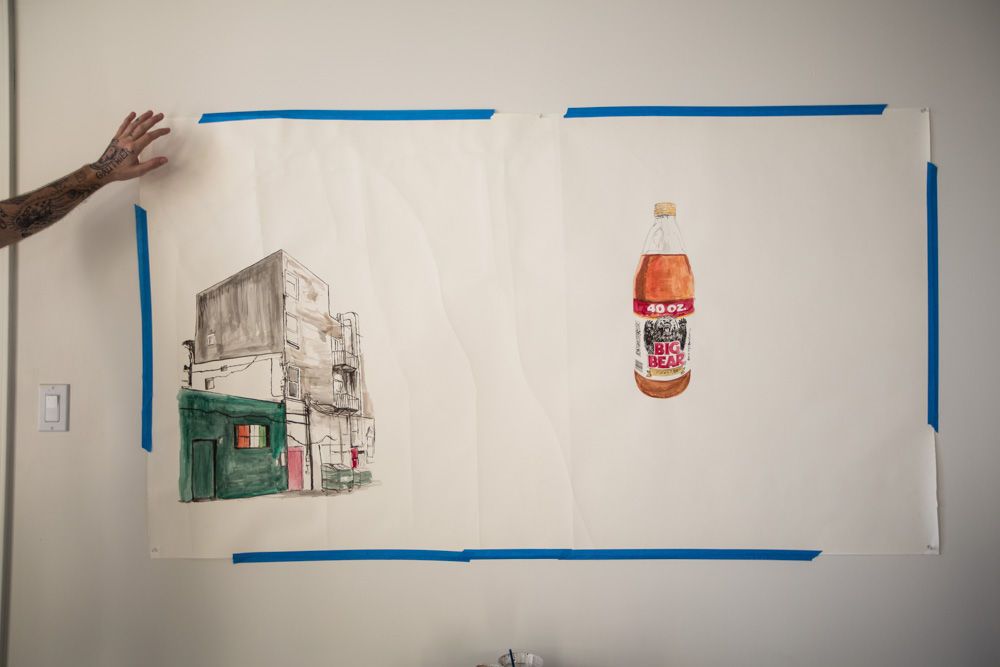 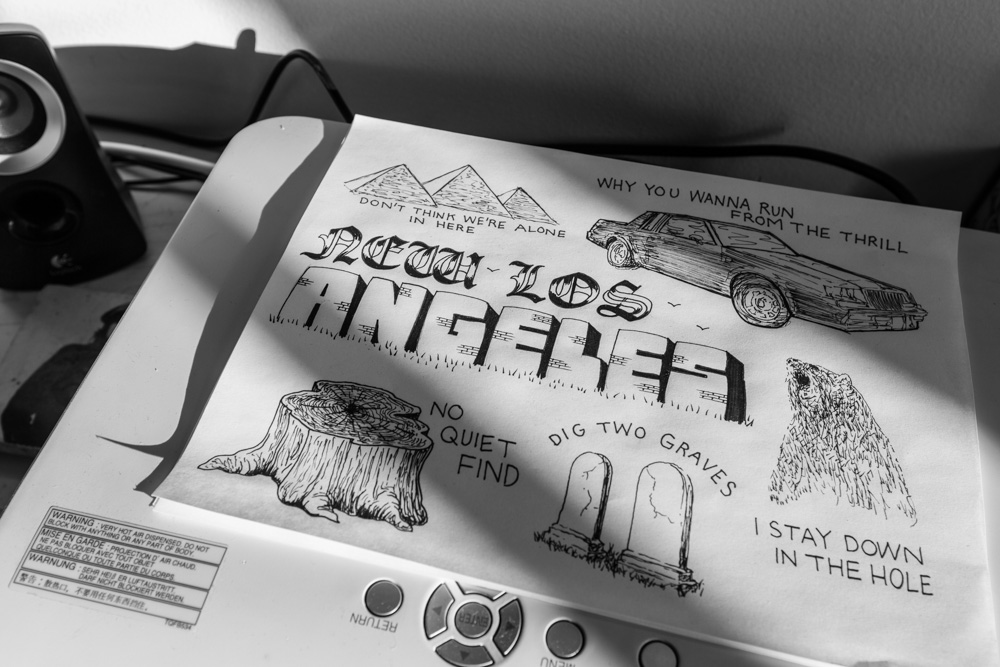 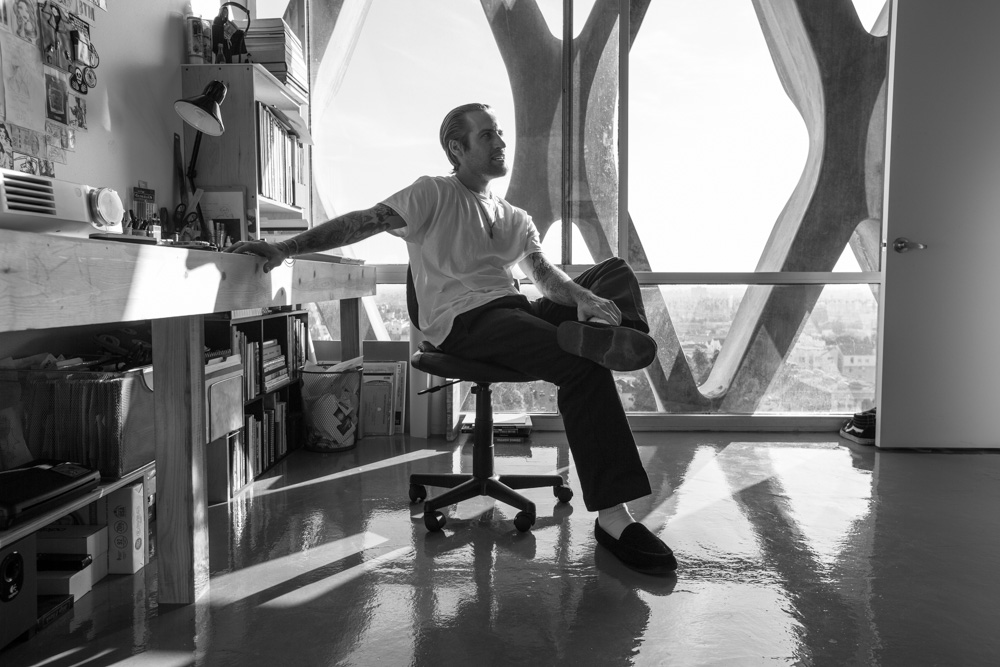 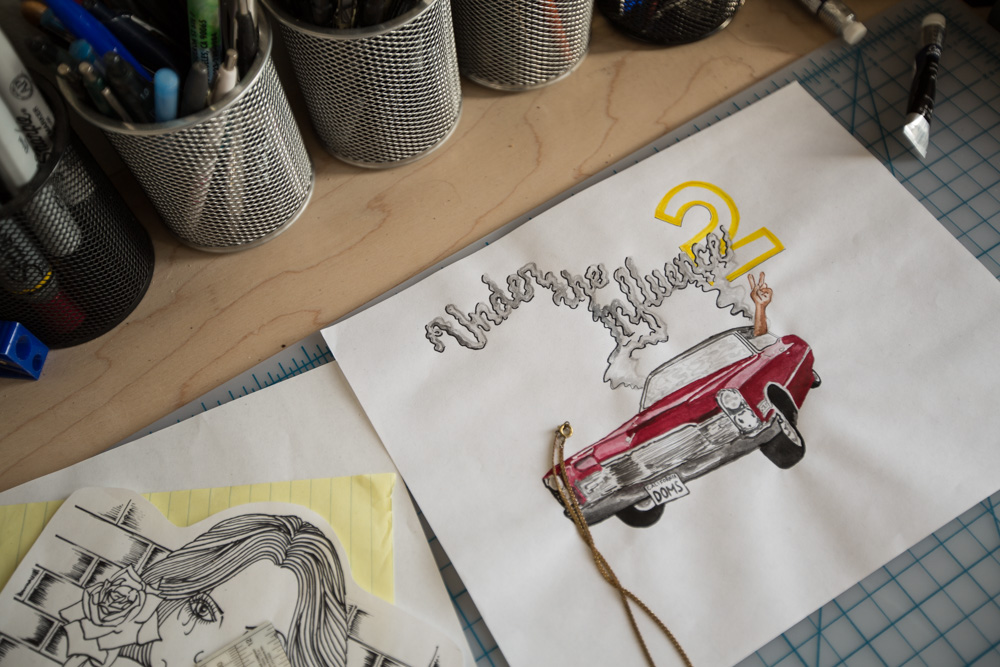 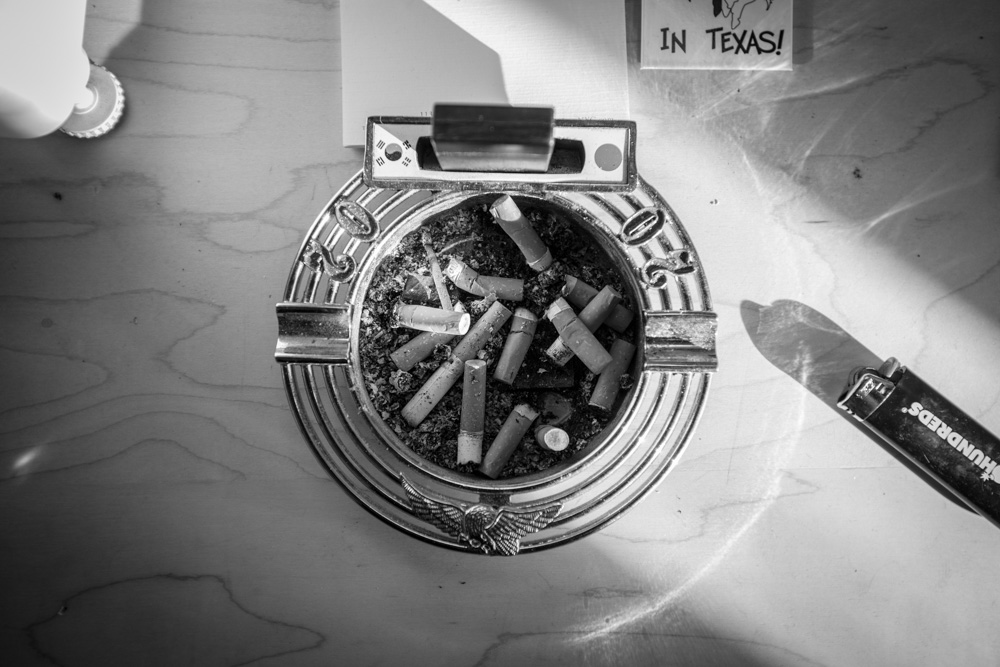 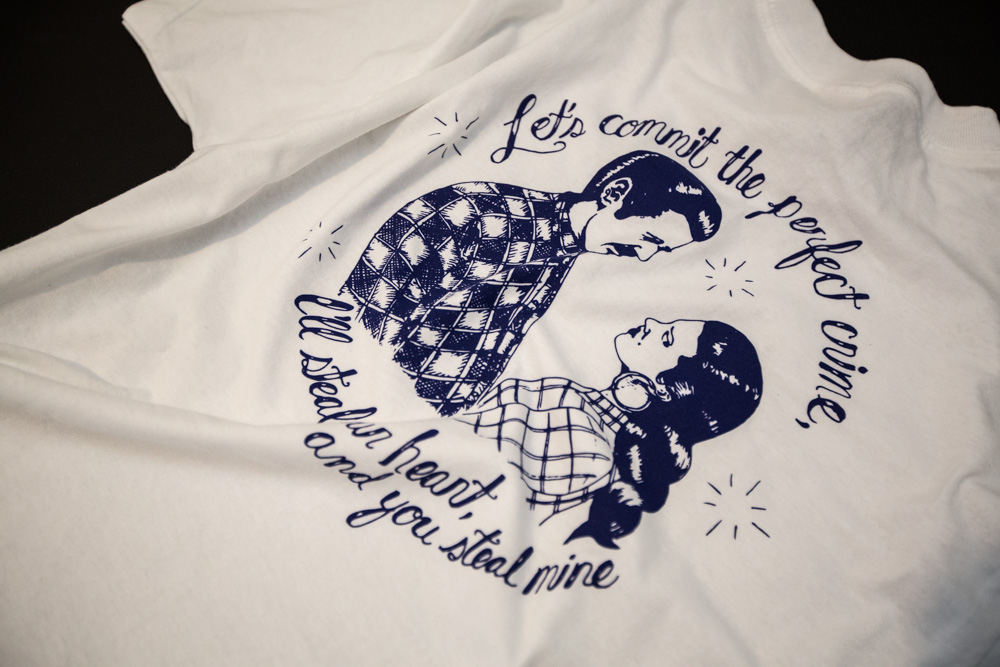 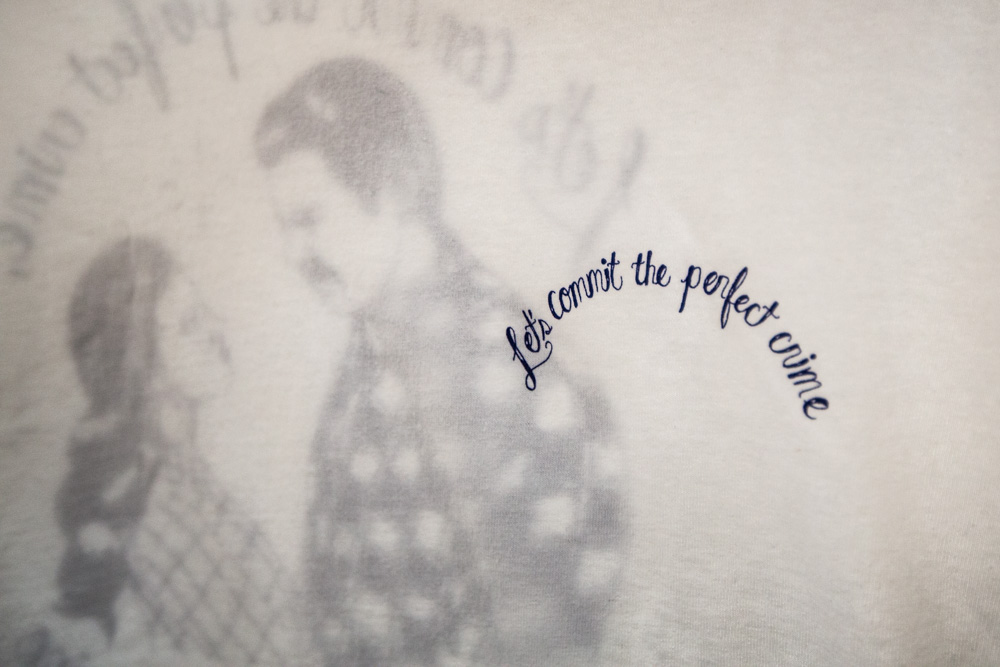 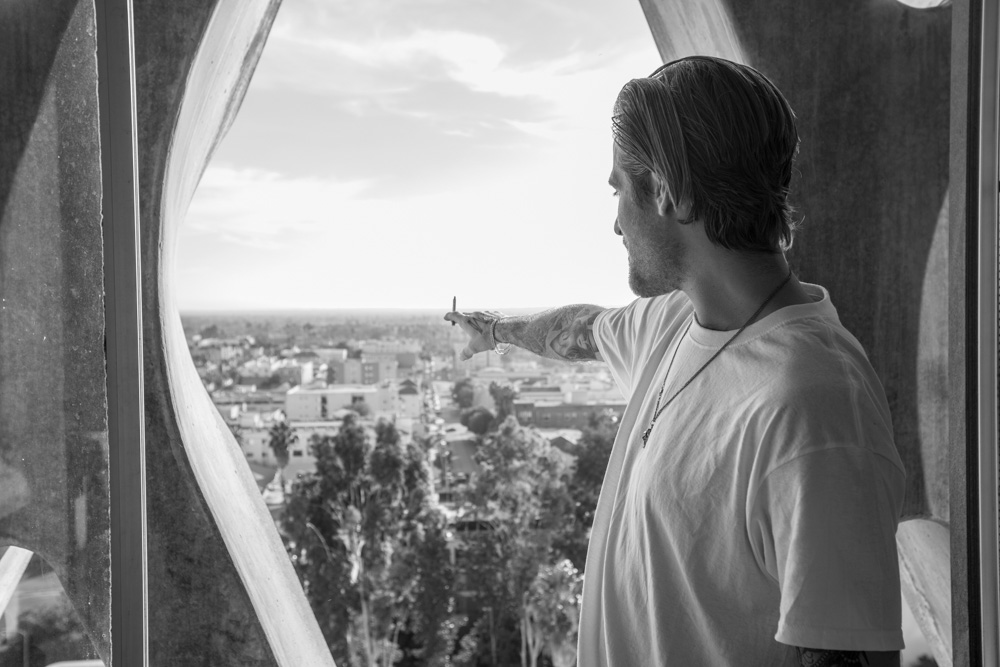