There’s not much else from Hong Kong this week because, in all honesty, we haven’t seen much light outside of work. As I mentioned earlier, B-rad, Vito, and I are grinding on our Fall and Winter 2009 seasons and on our last night here, we’ve locked ourselves in the hotel room, swimming in fabric swatches, fast food cartons, and the gentle hum of Macbooks running on overdrive. 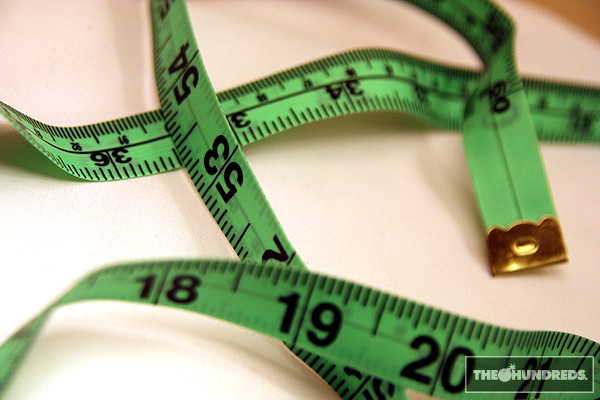 Ripstop is one of my favorite materials to work with. Partly because it’s a fabric that subtly weaves a consistent pattern through solid colors. But also because of the story behind it. Ripstop is appropriately named so because if you ever get a rip in the fabric, you can make a clean tear across the lines, instead of a jagged line. Thus, wherever you rip, it stops.

For the most part, I like to steer away from heavy military influence in our apparel, but there’s something to be said for all of the technical intricacies and strategic forethought that goes into military combat wear. When they’ve spent centuries analyzing the most efficient method for clothing to functionally operate, it’s worth a listen. 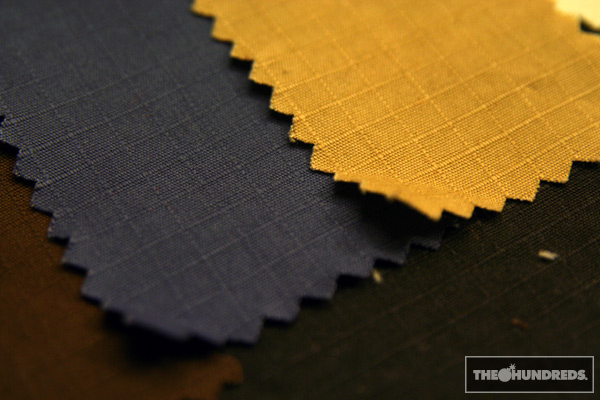 You can’t even imagine how many different purples there are in the textiles world. It’s actually pretty annoying. 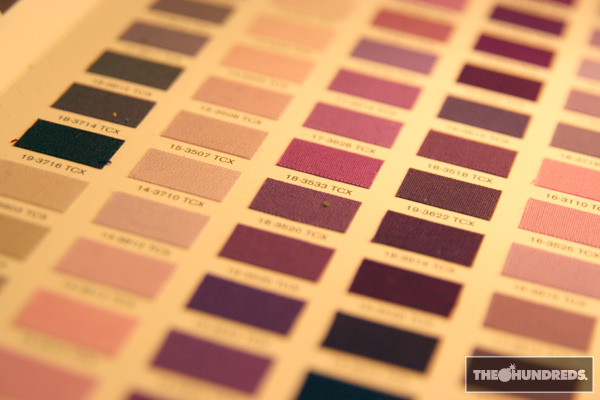 I’d love to show you where our range is going to be a year from now, but then all the other clothing companies who’re reading this will copy us and start making vampire capes and floral-print aprons. 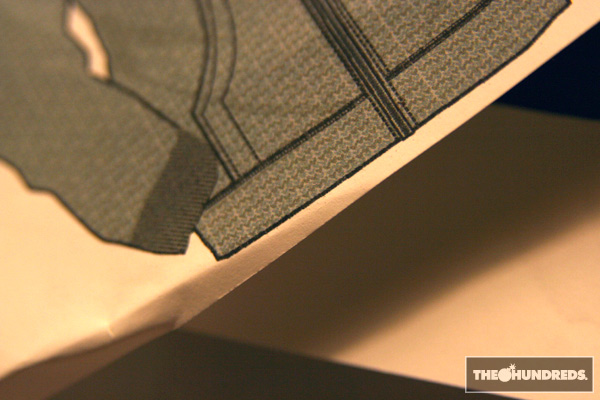 So while I’m fooling around with Vito’s macro lens, here’s one of my favorite attributes from this past season’s Dolo shirt. The pocket detail is inspired by traditional workwear shirts, which tack off the top-corner to allow room for a ballpoint pen. But we re-appropriated it and gave just enough legroom to squeeze a Sharpie. 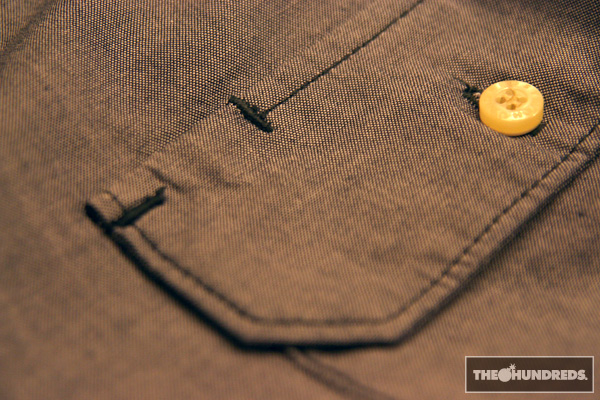