Complex has done it again – another list, another round of controversy – whichever way you look at it, whether it’s about information or education, whether it’s about racking up impressions – it works in Complex’s favor. Agree or disagree or agree to disagree, they have become the measuring stick by which everyone else compares themselves to. They are the ones consistently making lists, and if it really offends or bothers you, the Internet is free-of-charge to also make your own lists. 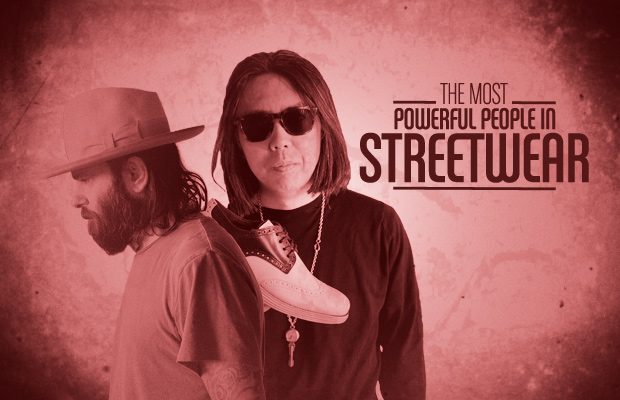 That being said…! Yesterday, Complex totaled up their 25 most powerful people in Streetwear. I am so grateful and appreciative to be cast at #10, and I am respectful of the company that I’m in. To have my name so close to some of the guys (and girls!) on this list is a serious honor, and I’m thankful. Many of these individuals are my heroes and icons… Even if this is one man’s opinion, or one magazine’s opinion, it is still very flattering and it’s nice for our work to be acknowledged amongst them.

What do I think? I won’t touch on who shouldn’t be on the list (I’d rather abstain from all the e-beef and coolguy posturing that would no doubt ensue). I think some very important people to Streetwear are missing, like Nigo and Alyasha and Tyler, Poon and Edison, I could go on and on… much further than 25 people. I think Aaron Levant should be in the Top 5 instead of 19, because behind the scenes, this man orchestrates the economics and dynamics of the Streetwear industry more than anybody. I think Asia and Europe were far undervalued here, especially when most modern American Streetwear is nothing but derivative of their work. But hey, it’s not my list. It’s Complex’s. I think it was accurate, except for the questionable yahoo at #10.

What do you think? Read Complex’s Top 25 Most Powerful People in Streetwear HERE.