We’re burning the midnight oil at the studio tonight, but had a few minutes to spare for a round of Fortune West takeout and the new Steve Rocco documentary film, “The Man Who Souled the World.” For those who don’t know, Rocco was the controversial mastermind behind World Industries and such subsidiary skateboard companies as Blind and Plan B, which all ended up altering the face of both the skate industry and attitude of the sport back in the 90s. What initially started as somewhat of a joke, ended up upsetting the traditional corporate hierarchy of skateboarding up until that time, taking down the giants who thumbed their nose at the smallguy. Along the way, Rocco exploded and.. exploited.. fueling the chaotic adolescent skate lifestyle that was later documented by his magazine Big Brother, which you can thank for laying the groundwork for MTV’s Jackass. He made our modern day skate heroes, and then he made them his enemies. But love him or hate him, I have a great deal of respect for the empire he built and the rules that he broke. 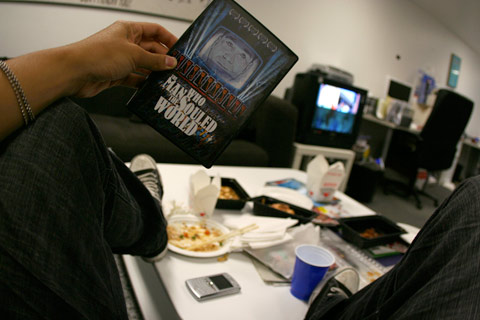 “The Man Who Souled the World” is playing now in select theatres in your city. Check the website for more info.