JUST AROUND THE CORNER

We trekked up to London to hit the First Exposure trade show, and say what’s up to some friends working on some really big things. It’s nice to see the progression of the culture via the subtle evolution of design. 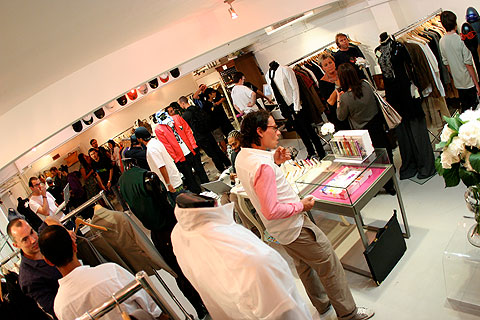 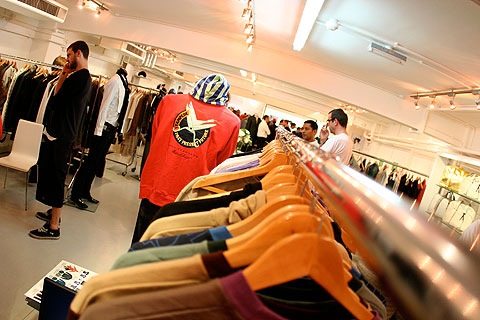 Jules (Bijules NYC) has undoubtedly upped the ante with her newest jewelry pieces. She shrugs off all the copycats, and goes next-level with some ingenious ideas, quality craftsmanship, elegance, and attention to detail. Plus, she’s Jules, so she’s just kinda totally rad in general. 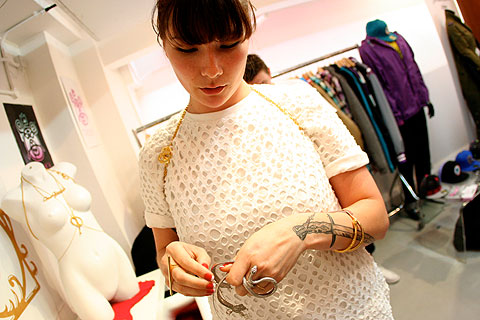 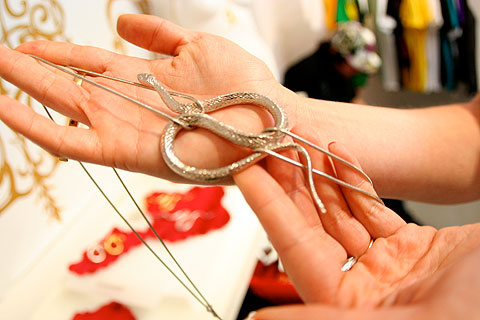 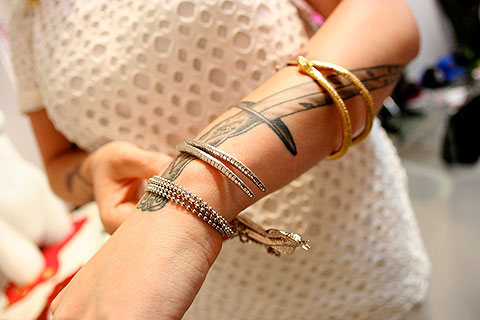 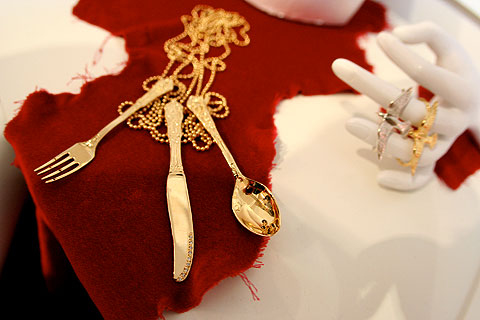 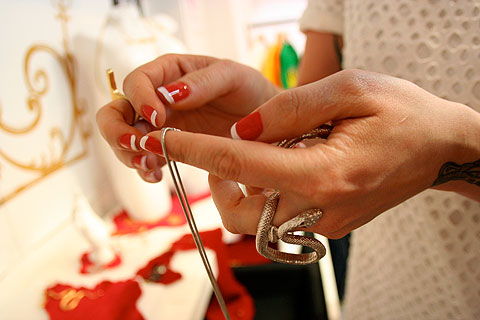 Richard’s been the wizard behind the curtain for years, but he’s slowly surfacing with Real Real Genuine, his own brand which is devoted exclusively to collaborative product with close friends. While everyone jump starts with t-shirts, Richard’s gone the whole nine with boots, scents, and selvedge denim. Oh, and it’ll primarily be sold through his online store. Thinkin’ different. 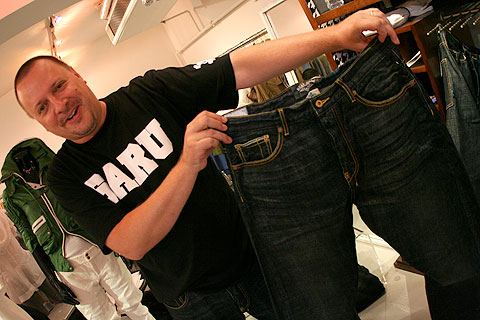 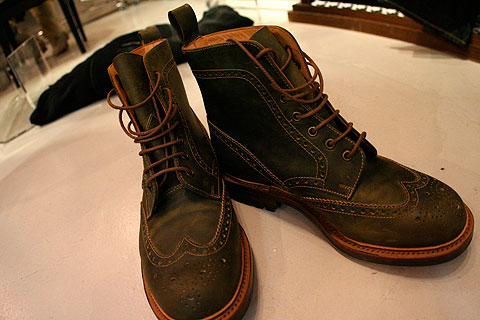 Mikol flaunts a sneak peek at some of King Stampede’s newest samples. This line’s a personal favorite, and somehow keeps getting better with time. I think someday it might defeat money and thai food and the color black to become the best thing in the world. 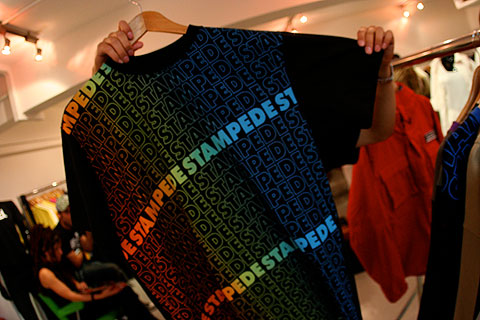 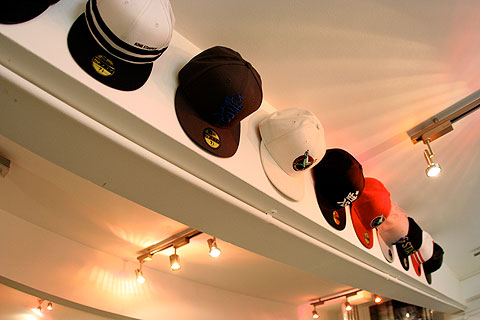 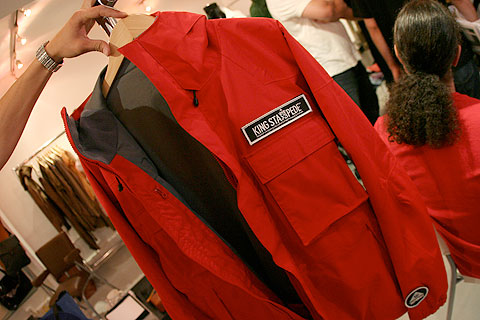 Okay enough tradeshow craze, time to move onto more important things. Like having our annual powwow on the Bond benchÃ¢â‚¬¦ 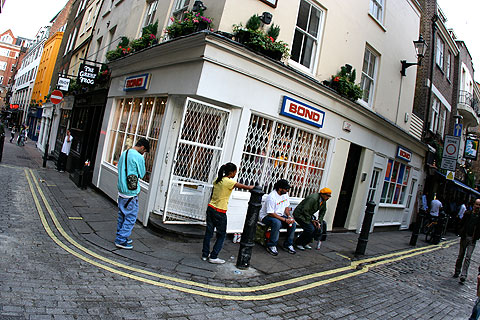 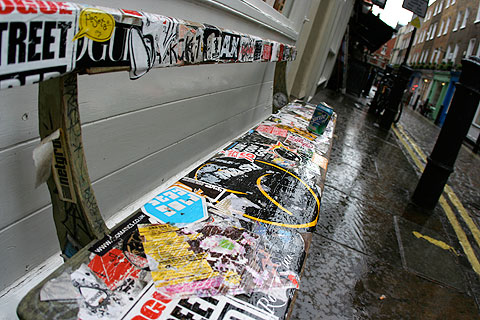 Ã¢â‚¬¦except it’s cold and raining in the middle of July. What an Inconvenient Truth. 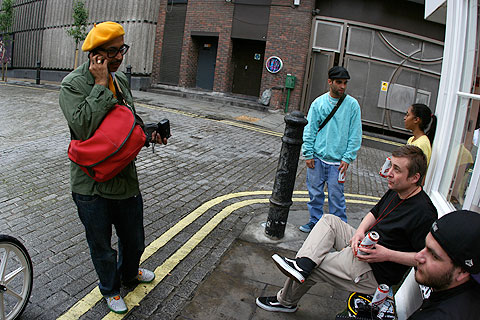 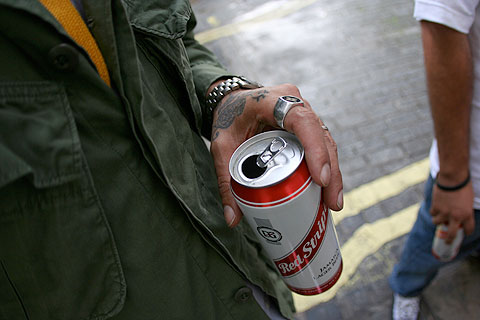 Down to see Wes at Foot Patrol. Kids, this is where it all started. 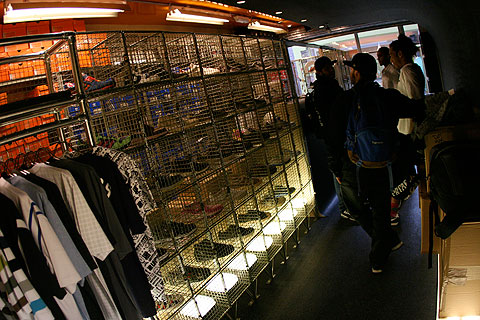 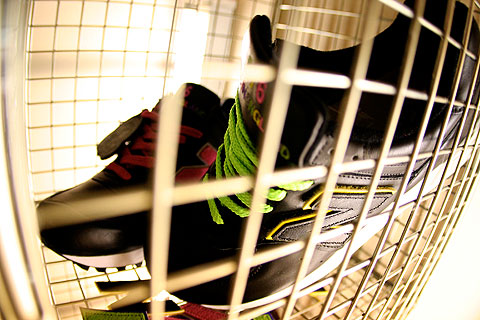