Chicago State of Mind :: Joey Purp on His Latest Drop

The homie Joey Purp, who’s part of Chicago-based crew SAVEMONEY, recently released the visuals to his song “Don’t Stop”. This is probably my favorite song Purp’s done so far and it’s made even stronger with the video directed by Thelovism. Even though the song released last year, it still sounds as fresh as when I first heard it. Watch below and get a small slice of Chicago. I took some time and sat down with Purp and asked him a few questions about himself, “Don’t Stop” and his future plans in regards to music.

Give us a little background on who you are for those unfamiliar.

Joey Purp, 20 year old mind born and raised in Chicago, and a full product of everything it brought into me as an influence.  Founding member of what has becoming Savemoney.  Passion for creativity and overall ill shit in general.  Typical upbringing, incarcerated siblings, drug addictions, and the rest of your (insert inner city) domestic problems.  But tight-knit and supportive beyond everything.

When did “Don’t Stop” originally release?

I first dropped the audio a couple of weeks after SXSW 2013.

Did you have a premise before you wrote the song or did it write itself?

It definitely wrote itself.  It was just a stream of consciousness, a conversation about our city and the situations/mind stares it breeds.

What’s the story behind the video?

The concept was a derivative of a few conversations the director (Thelonious Stokes of Thelovism) and I had.  The song had a street-preacher feel to it.  Like I could have written it to be spoken on a corner with a loud speaker.  Or in a church in front of a congregation.  So we went with the latter.  And the imagery involved invokes strong feelings through the religious connotations.  It was a metaphor for the negative religion that most inner city youths end up prescribing to.

What’s up now with Purp and what can we expect from you and the Savemoney crew this year?

I’m dropping the full length Leather Corduroy project with Kami De Chuwku this year, followed by my solo project titled Performance Art.  Aside from that, expect the world from us as a collective.  From consistent musical content to creative collaborations in other realms.  We just want to push the culture that brought us up. 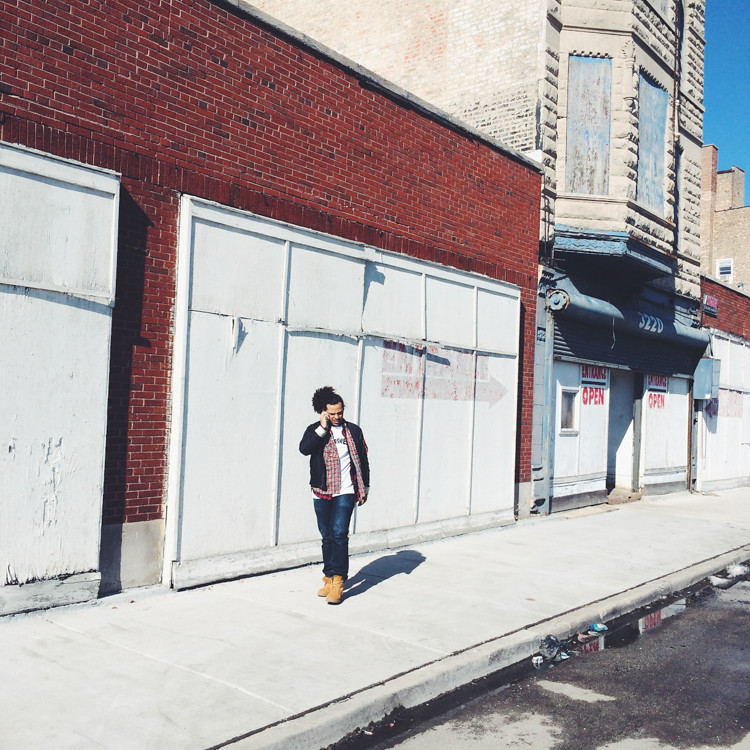