In December of 2013, I was approached by Carlos “Mare 139” Rodriguez about whether or not I’d be interested in doing a portrait project under JR’s worldwide Inside Out Project and HiArts Gallery in Spanish Harlem (a “global project transforming messages of personal identity into works of art”). At the time, I felt like I was at a crossroads, personally and professionally. Luckily, Mare reached out and and after a few exchanges, the project was a go. Now came the fun part: How was I going to shoot portraits over the course of 3 days and have them all look consistent? 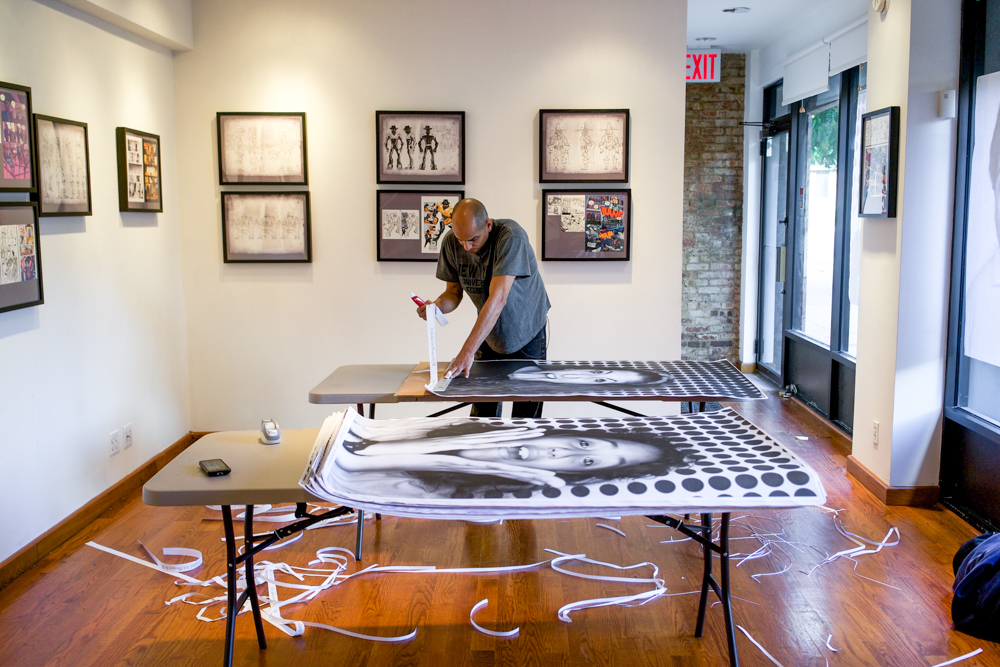 The project was titled “Inside Out: Mi Gente / Oyáte Kiŋ” – which means “my people.” The theme was the similarities between people in Spanish Harlem and Native Americans living on reservations, so the first half of the installation was in Pine Ridge, South Dakota, on and in the Redcloud School community center and other locations on Pine Ridge reservations. 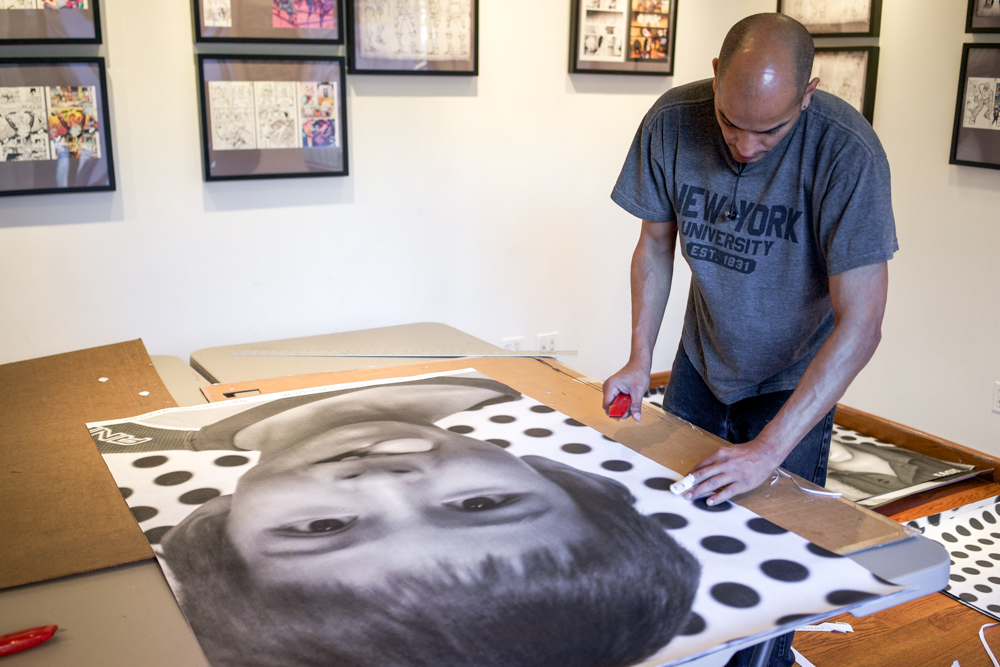 I came across the work of Mark Mann and his portrait series for Esquire back in October 2013. I researched his technique and used something similar (sorry, I can’t afford a Leica S2, a vintage Hasselblad 110mm f2.0 and a custom ring light) – my alternative was a RoundFlash, which is a combination ringflash/softbox that works with any hotshoe flash. I practiced for few days on my friends, myself, and my cats (yeah, my cats) and got it down to where I liked the results. 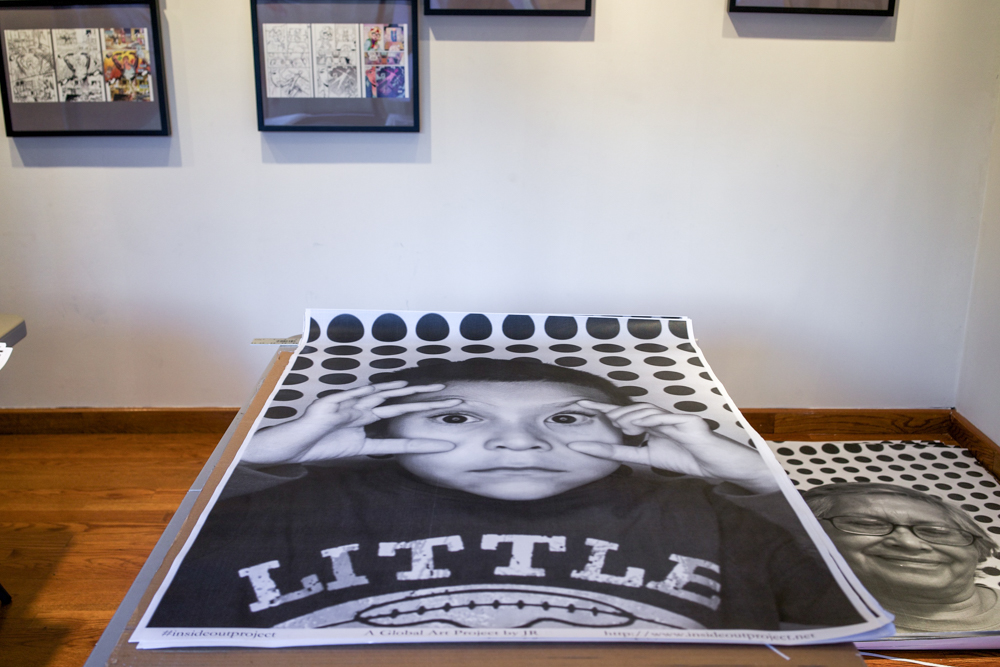 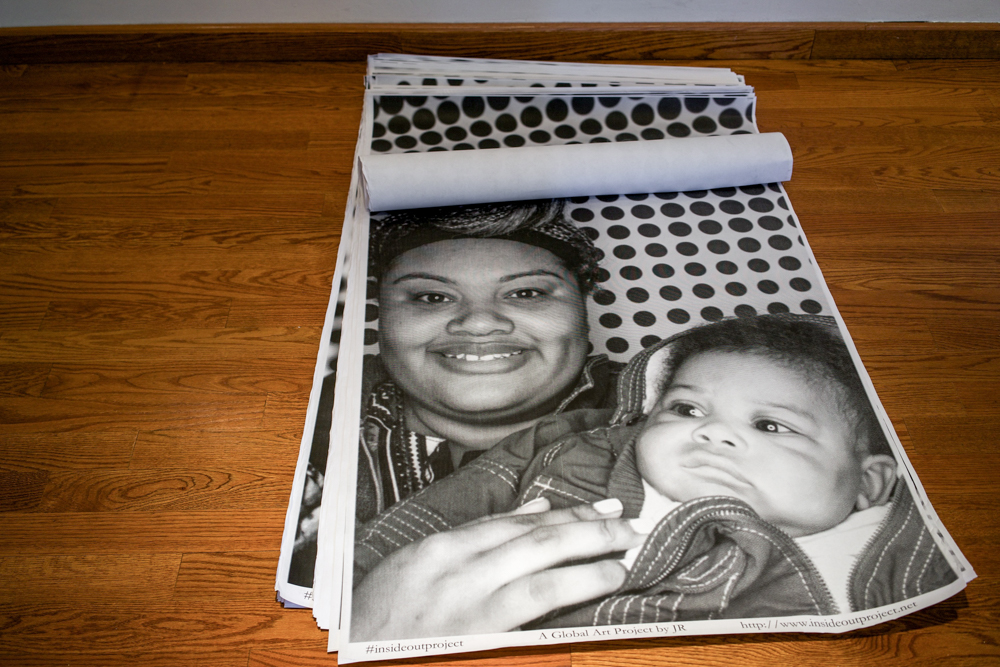 The first day came and it pretty much went smoothly – at the end of it, I shot around 120 or so people and 400 or so portraits. Once we were done, Mare and I picked the images we wanted and sent them off to JR to be printed. 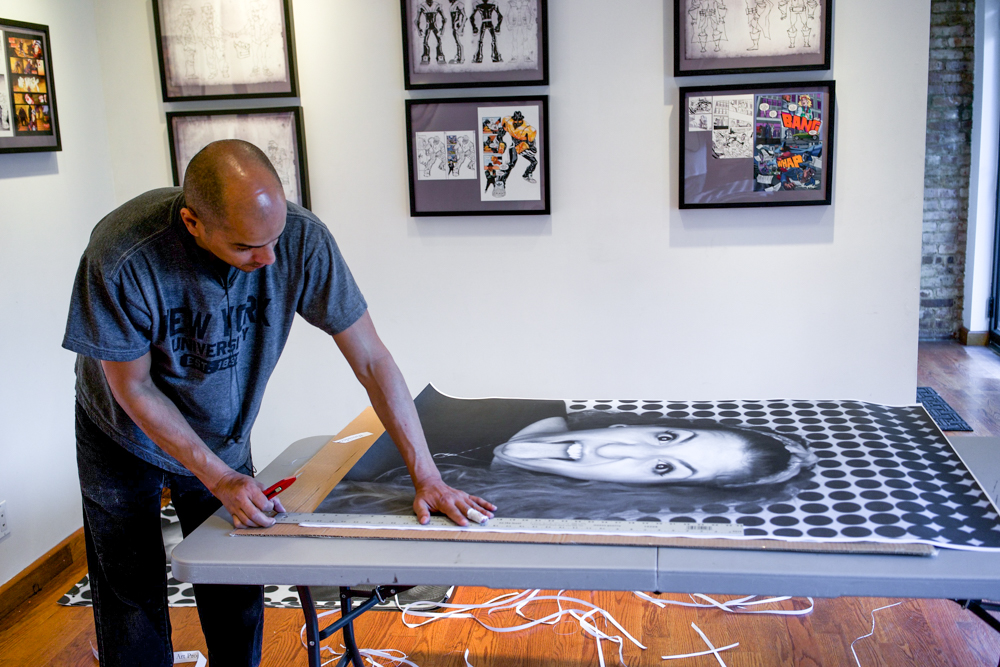 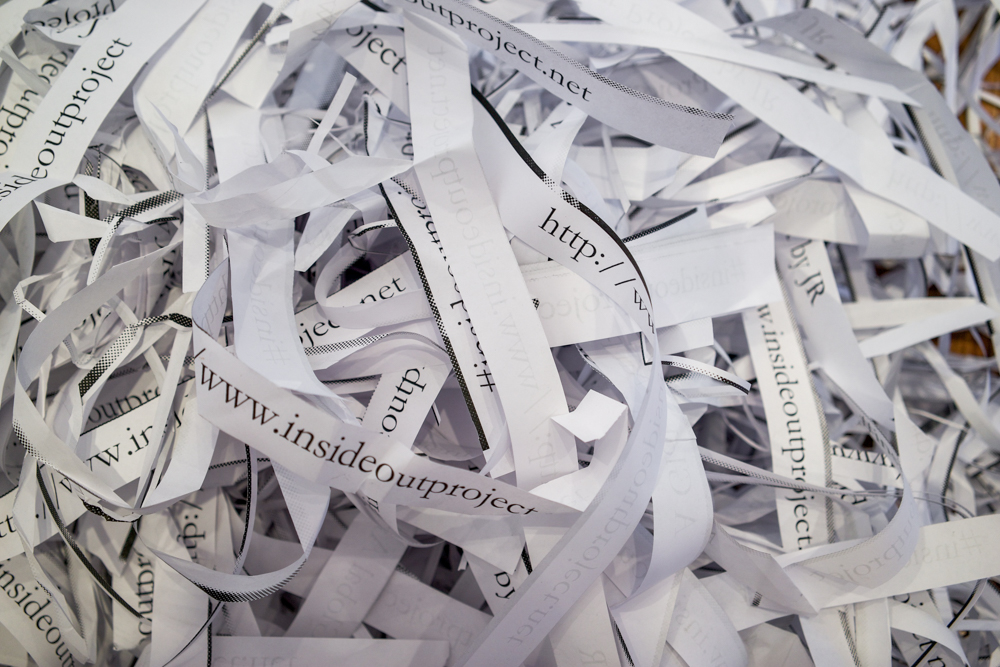 I had to experience the images from Pine Ridge via Instagram from Mare and the other photographer, Willi White, who shot the portraits in Pine Ridge. We did a soft launch here in Spanish Harlem at P.S. 109 on 3rd avenue and 99th street, which is a old school that’s been converted into affordable live/work spaces for artists in the community and the final install happened November 14th at Hi-ARTS Gallery. 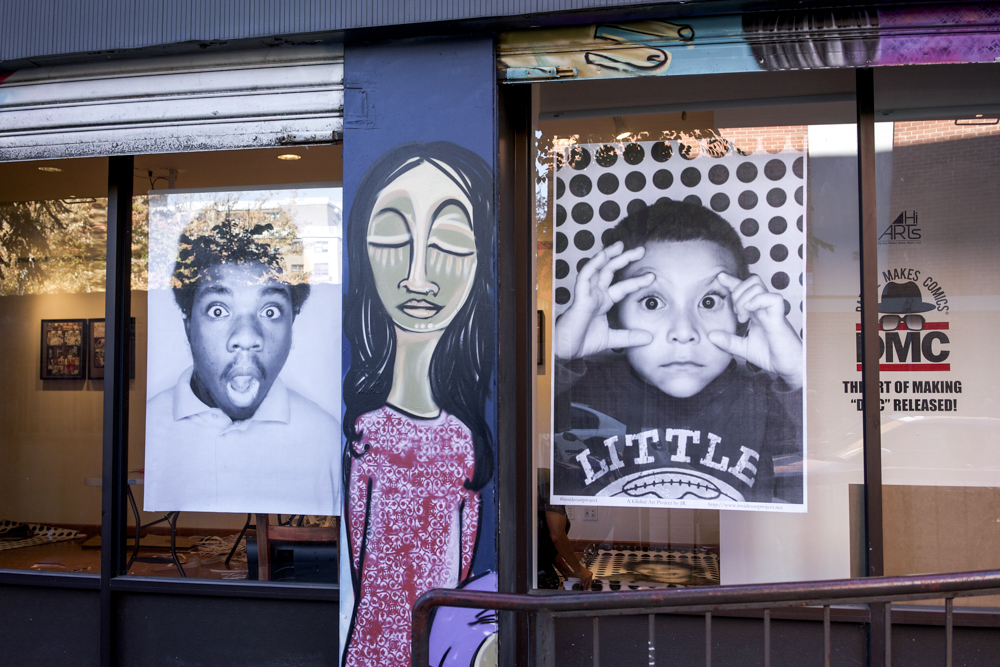 I have to say, it’s been a surreal experience. After watching JR’s documentary, I couldn’t believe I was involved – this is a global art project. And after shooting and seeing the portraits up, I still feel like it’s a dream. I mean, I was born 2 blocks away and my mom lives 6 blocks away. Spanish Harlem. It’s where I grew up and now, I was able to shoot the people that make it up now. Still trying to come to grips with it, I guess… But hard to hide behind a hood when you’re looking a 54″ x 36″ portraits you’ve shot pasted on the side of a building. 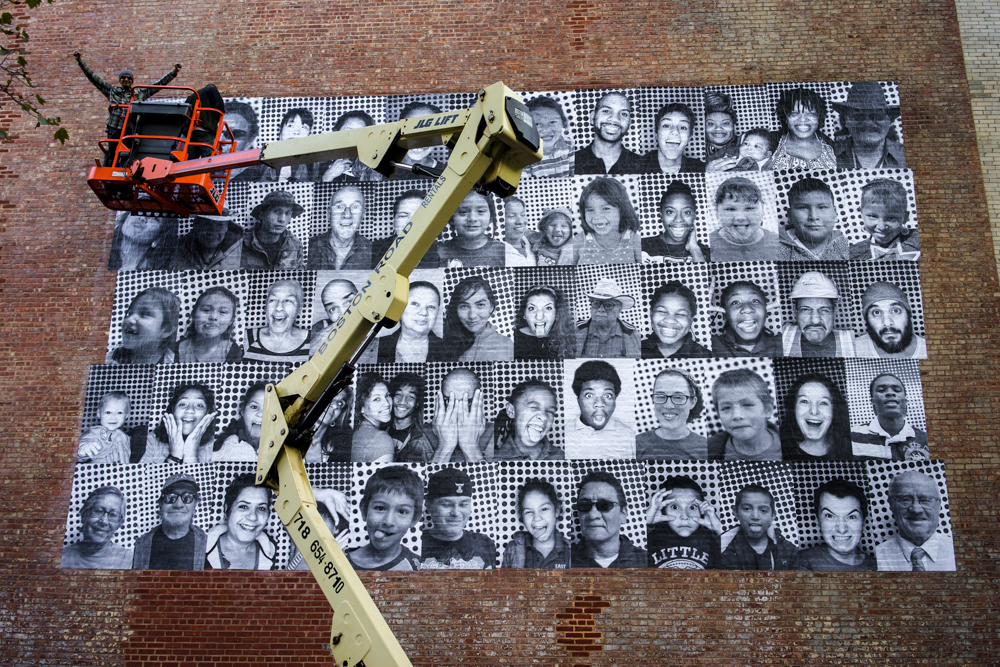 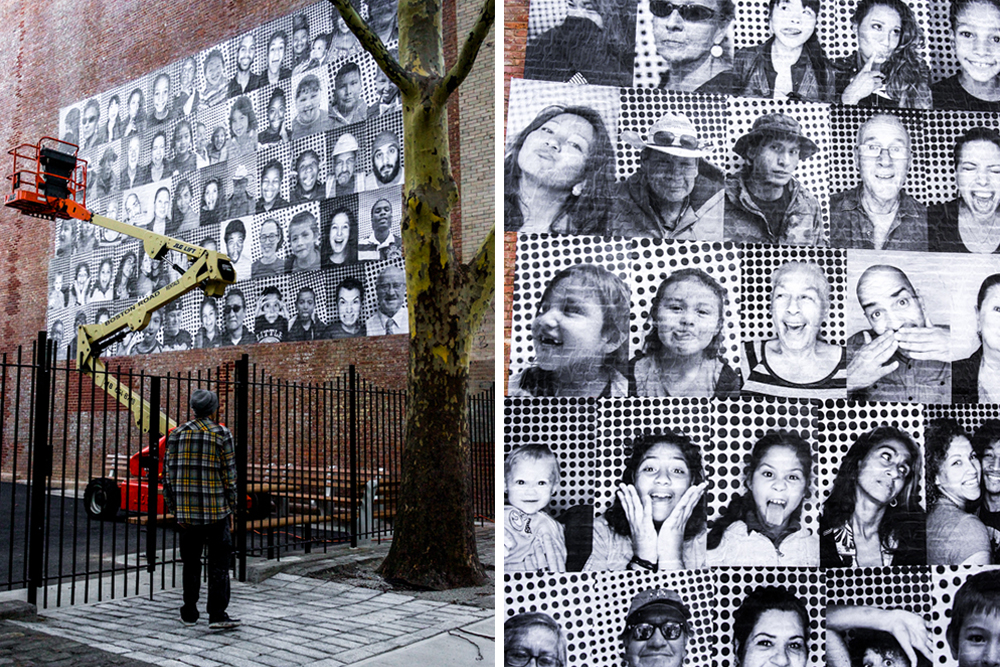 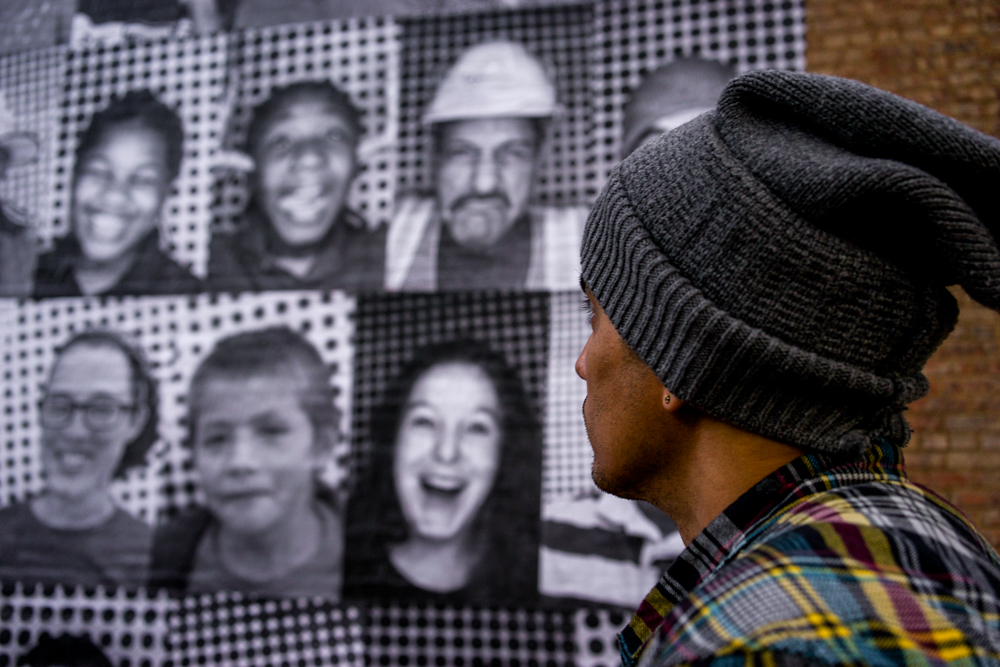 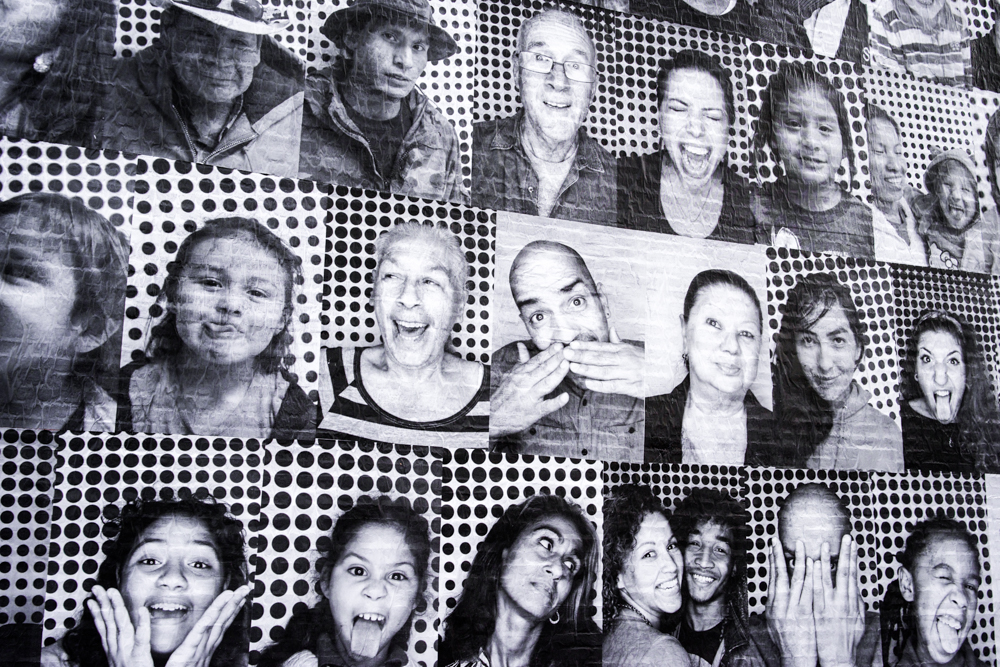 Read Mass Appeal’s interview with Pete about the project here.