“I’m always looking for things that I like, but don’t understand. That’s the thing that I keep going back to,” says Tim Biskup. We caught up with the expressive artist for this latest edition of In the Studio. Described as “inspired by mid-century modern design infused with a healthy dose of punk rock energy,” Tim’s work as a painter, illustrator, and musician is radiant and flourishes with the color and feel of its own world. He is an artist that makes art in his own terms – in his own lane.

We drove north of Los Angeles, California, to La Cañada Flintridge and interviewed Tim at a turning point in his creative output that happened after a huge physical and psychological breakthrough. It helped him accept that he should follow his impulse with where his art wants to go: “I’m frustrated on some level that I’m not satisfied – doing something over and over again… I just have this undeniable desire to throw a lot of it out and start again.” 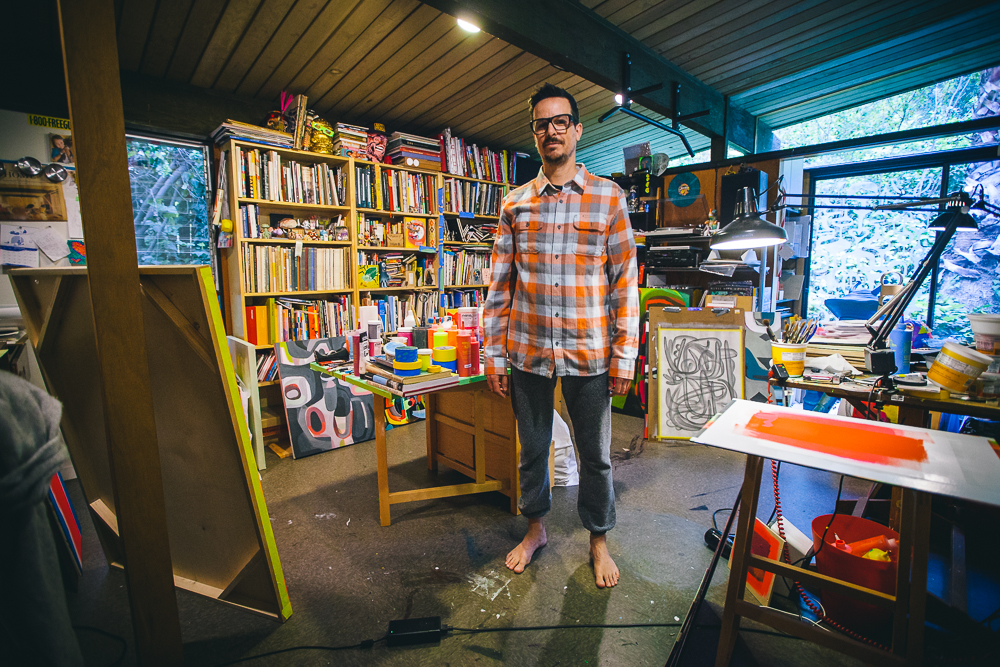 “I THINK WHAT I’M INTERESTED IN IS SORT OF THE SPIRITUAL CORE OF ART.” 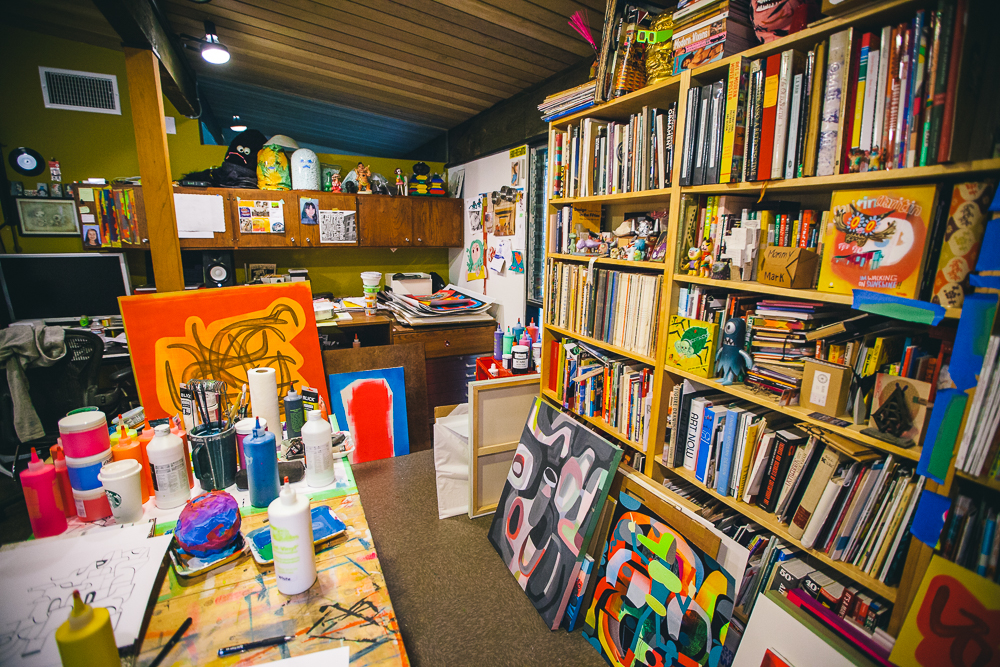 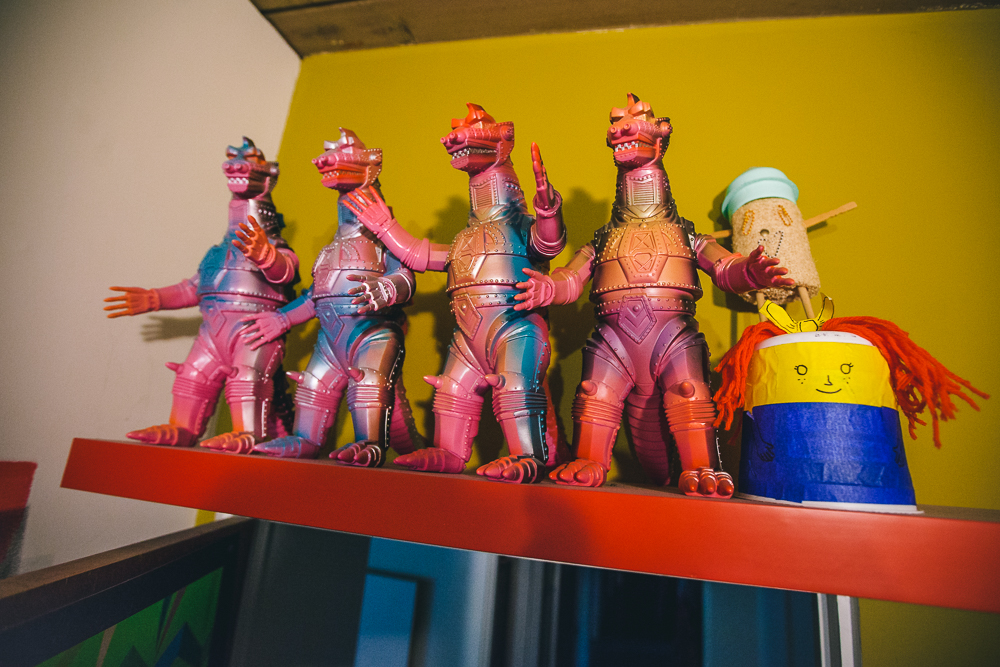 ALL OVER THE BOARD.