There are a few perks that come along with The Hundreds. Free laundry detergent, being covered with dog hair at all times, being accosted by topless homeless men in the alley. But one of the biggest perks is finding out that the very people you grew up idolizing are now supporting you.

The other day, I found out from Melloe One (Labels) that Eric Ricks is a fan of our brand. Eric Ricks was, bar none, my favorite skater as a young teenager. Not only was his technical ability far superior than most other pros during the 90s, he also rode for all the right companies in my book: Acme, Venture, Think. Eric now lives in Washington with his family, and yeah, he still skates on the regular. And the best part? Turns out that he’s actually a super cool guy. 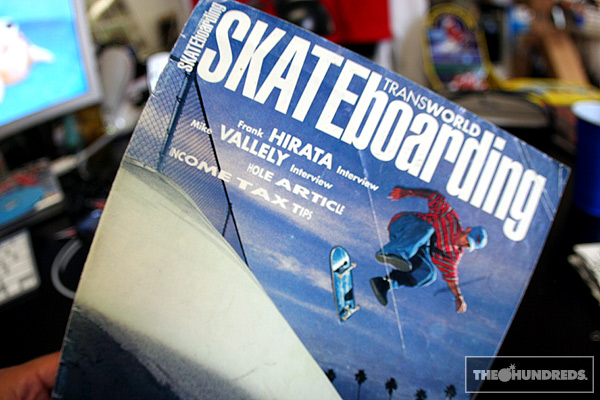 Anyways, Eric forwarded me onto his Youtube channel where he’s uploading archived footage from his skate career. I’ll post the 411 clip, just to add the nostalgic cherry on top.