…There’s nine hundred million of them in the world today /
You’d better learn to like them, that’s what I say / ”

I can’t really repeat the rest of that Monty Python ditty, but if you know, then you know. 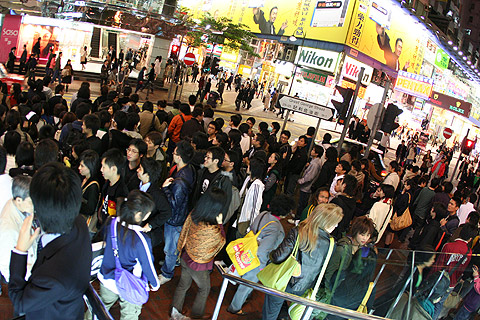 Thomas and Lee-Hawk from the I.T group. It’s kinda hard to explain if you’re not familiar with Hong Kong, but I.T basically runs the show out here when it comes to fashion. Literally. All the cool stores are owned, and all the brands are sold, under the I.T name. Whether it’s indie street brands or high-end couture. Their in-house street brand Fingercroxxx is also tops here. I just saw 300, so they’re like the Persian Empire, except without all the ogres, lesbians, and giant rhinos. Well, maybe there are lesbians. Somewhere. 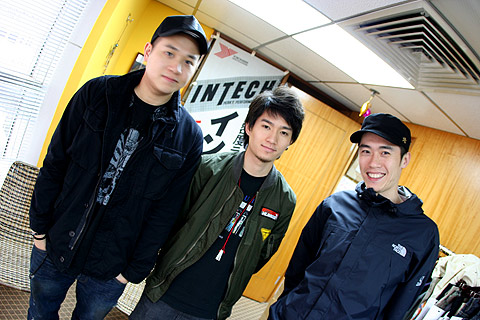 You know what’s a weird feeling? When you spend your entire life being the minority, and then overnight, you’re the majority. God, I feel POWERFUL. Next step on the agenda: ignorance and imperialism! 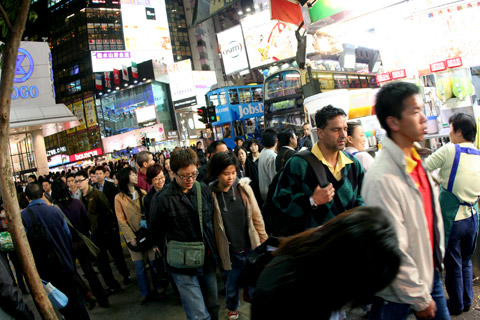 Big-Baller Kevin and Jason took me to some fancy restaurant here in Hong Kong called OUTBACK Steakhouse. Funny how Kevin’s (Hypebeast) parents used to scoff at his career endeavors. “Ha! Ha! A website about new sneakers and t-shirts!? Might as well go design a sweatshirt that covers your entire face so you can’t see anything but at least you look like a funny animal and hey it’s fun, why not?” Wait. What? 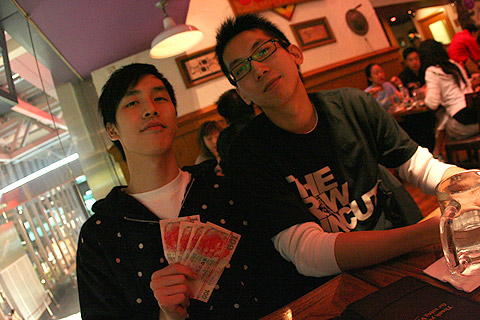