HOUSTON, WE DON'T HAVE A PROBLEM.

I just got back from the week in Houston, Texas. Here are some random photos, Blackberry shots, and fond memories from the H.

One thing I love about the Midwest and the South is the warm hospitality. Strangers are always nice, willing to look you in the eye and share a good conversation. I guess Texas is both the Midwest AND the South, right? So I met a lot of nice folks, with that laidback country charm, but still in the midst of a major city. I think Houston falls in as the 4th largest city in the U.S.?

Once you guys heard I was in Houston, all I kept hearing was that I needed to eat good food. Houston’s also regarded as the “Fattest City” in America, although I think they just got bumped by Detroit. Anyways, all my meals were heavenly, especially if it involved BBQ. Sorry Houstonians, I tried to make it to Goode Co., but I never made it down that way. I did grab lunch today at Pappa’s. Ribs and sausage, 3 different BBQ sauces to choose from on the side. Root beer, coleslaw, beans, and from what James told me, you gotta eat BBQ with pickles. He was right.

Speaking of James, he took us for a quick business lunch to the Brick House Tavern. I didn’t realize the significance of the name until we entered the premises. Think Hooters, but upscale (??) I guess it’s an insult to the girls here to be compared to Hooters, but from what I understand, when this restaurant opened recently, most the girls came from the owl-y establishment.

Big leather couches, HD screens playing every sports game imaginable, and the menu is grade A. Gourmet hamburgers, cajun fries with all the trimmings, I had a chicken gyro. From what James said, the day-shift girls were pretty rough compared to the dinnertime waitresses, that was kinda obvious. Check out their site, says it all : “Dispensing Happiness to the Common Man.” Everyone who hears about this place says “Why don’t they open one of these in LA?!?!”

Like anywhere in the States, Houston has its fair share of localisms. For example, I caught the best donut I’ve ever had at a Shipley. And I saw this gas station everywhere, I just really dug their logo.

I don’t remember how to get to this skatepark, I don’t think my buddy Cameron does either. But it was awesome. 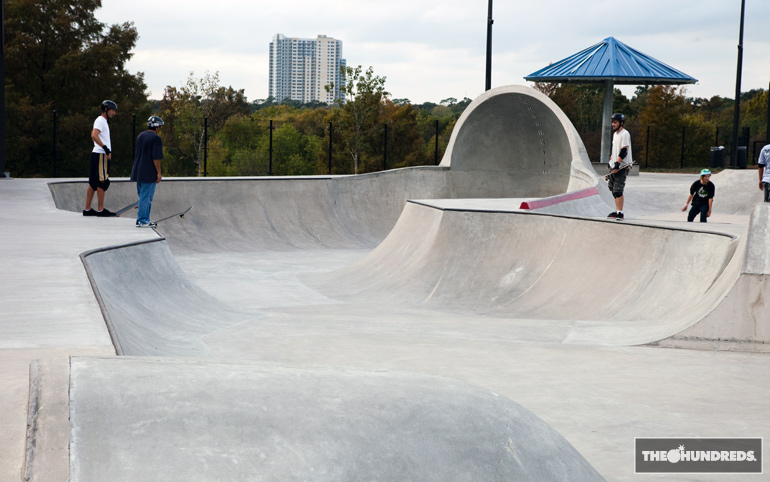 Lucky me, I just missed the downpours. Storms move in on a whim in Houston, the weather can be extremely muggy and humid most of the year. Plus, they get those nasty hurricanes. But then again, we get the earthquakes and fires, I think they might have the upper hand on this one.

Lotsa famous sports teams from Houston. The Rockets, and the Astros (I saw a Nolan Ryan High School!),.. no more Oilers, but you probably know about Texas and their obsession with high school football. This is Minute Maid Park, home of the Houston Astros. I thought that sounded so corporate and funny, but then I remembered that I’m not one to talk. (Staples Center?!) 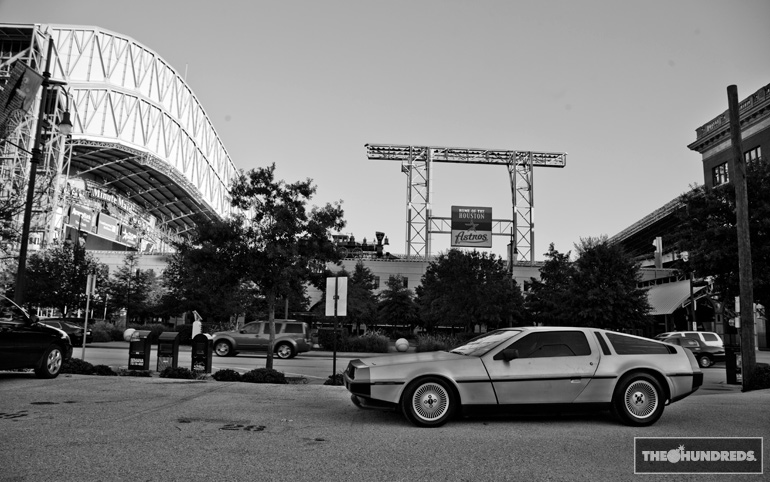