So, before anything else, watch this.

Ok, so Benjie stopped by Star Crossed to get some work done by Julia. 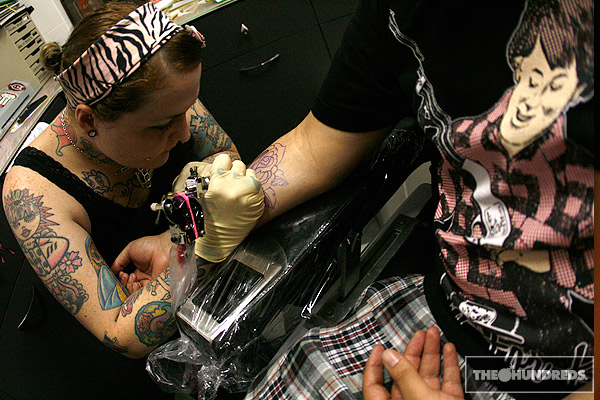 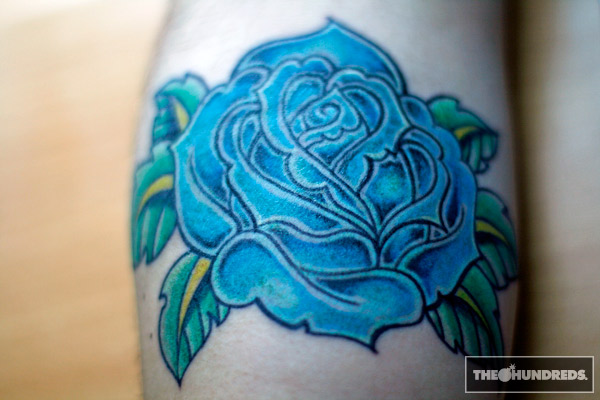 Afterwards, we joined Ben (Blue Nail) and his former colleagues for dinner at an authentic locals-only seafood spot here in Hong Kong. It’s the round-the-corner joint that’s fit for the working class who’re looking for a great-tasting dinner, and yeah, that’s about it. Formal dinner etiquette, attire, and inside-voices are an afterthought. 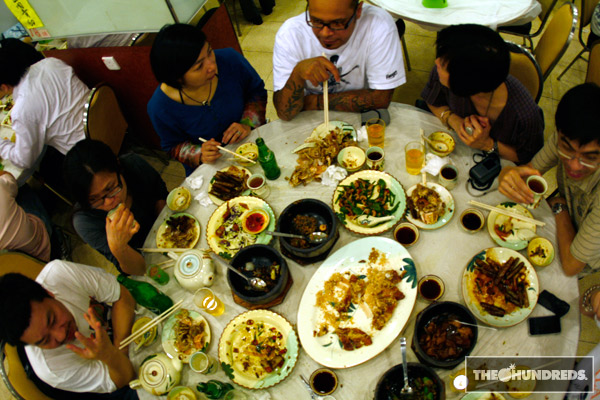 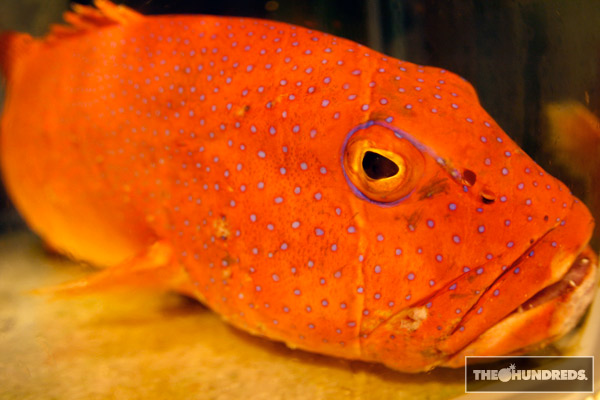 Aly’s holding up our little friend, the Mantis Shrimp. 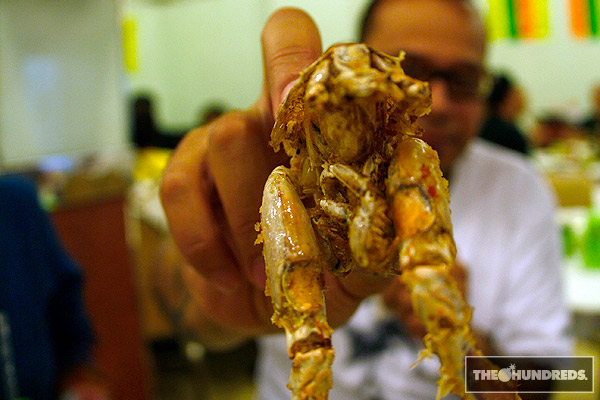 Wikipedia defines this Cloverfield monster-of-the-sea as “‘sea grasshoppers’ by ancient Assyrians, “prawn killers” in Australia and now sometimes referred to as “thumb splitters” by modern divers Ã¢â‚¬â€ because of the relative ease the creature has in mutilating small appendages Ã¢â‚¬â€ mantis shrimp sport powerful claws that they use to attack and kill prey by spearing, stunning or dismemberment. Mantis shrimp can break through aquarium glass with a single strike from this weapon.” 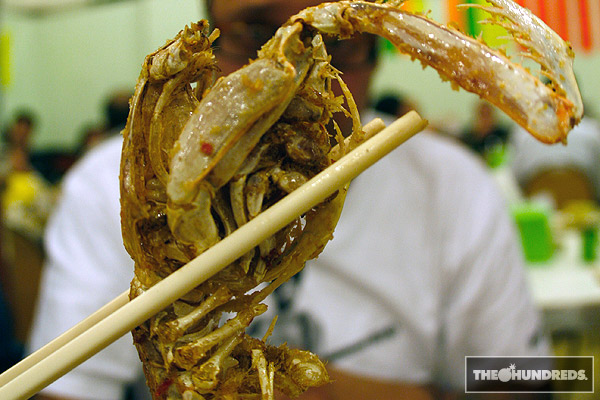 Most of these spots make a large profit off of beer sales. So they hire their own beer girl to run around in a skirt and get the old men liquor’d up. At the end of the night, the owner comes out to count how many bottles she’s racked up on the tables. We had the Carlsberg girl. Go green. 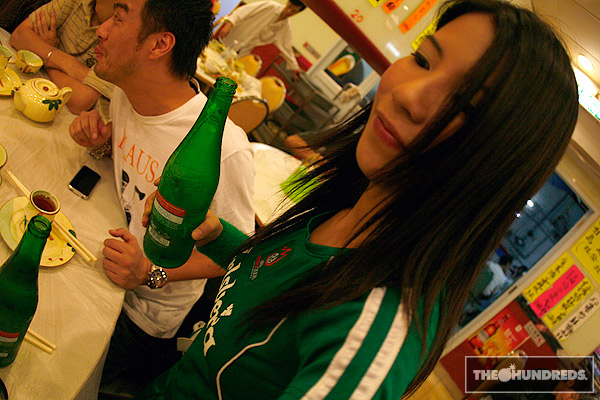 Down the street was an original Dai Pai Dong, which are the old-school streetside eateries for local neighborhoods. They’re usually under awnings, and each foodstand specializes in particular eats. There are only a few of these left in Hong Kong because the government, and the rest of Hong Kong for that matter, are leaning towards Westernization and enforcing stricter health codes. So unfortunately, this aspect of legitimate Hong Kong culture is slowly dying. 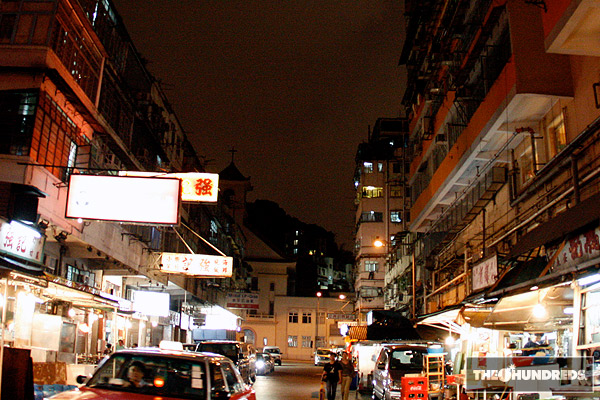 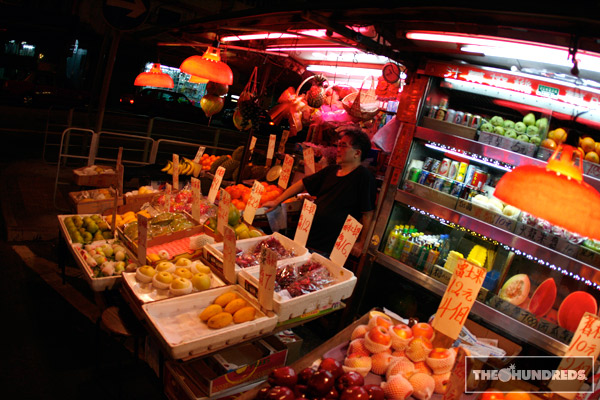 This man owns and operates this stand. 24 hours a day, 7 days a week. He’s been doing this for decades.. but now because of the new policy, once he passes on, no one else can take his spot. Last of a dying breed. 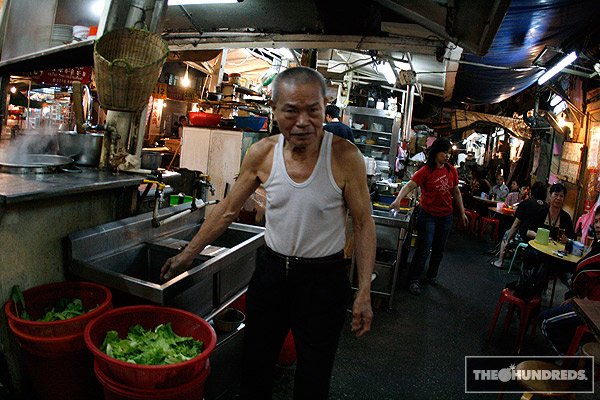 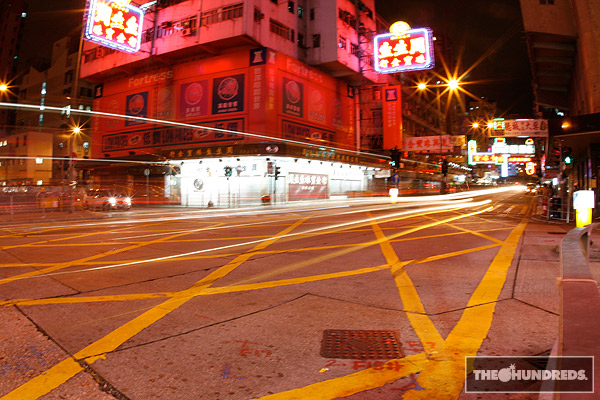 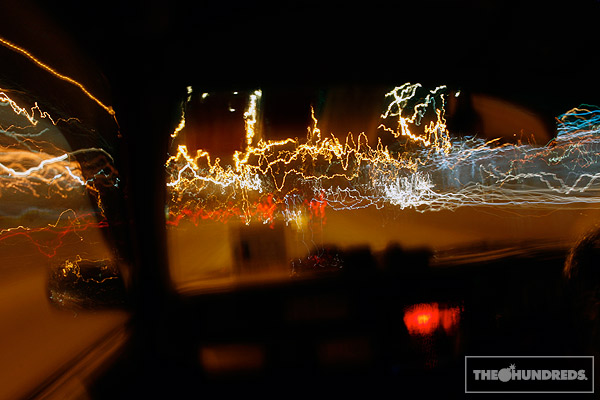 photos by vito
by bobbyhundreds