Peter Yeh gives his personal take on the 10 headlines of the year that shifted history.

As 2015 approaches, I was given an opportunity to recall some of the more important news events of 2014. A lot went down and it was kind of overwhelming. I combined some of the events that I felt shared a similar theme, and along my rambling diatribe, I realized two things. The first is that I can be an angry man. Reflecting on some of the unfairness that goes on in this shared world of ours gets me riled up, but these sentiments lead up to my second revelation. I’m just reading it. I’m not experiencing anything. Zero. Zilch. You have children in the Middle-East that peddle fruit all day and walk to a pile of rubble and call it their home. Esaw Garner no longer has a husband. For that, I am lucky. I am blessed, and want to remind readers to smile to strangers, to help the poor, to be part of the solution.

RUSSIA VS. UKRAINE AND THE EU 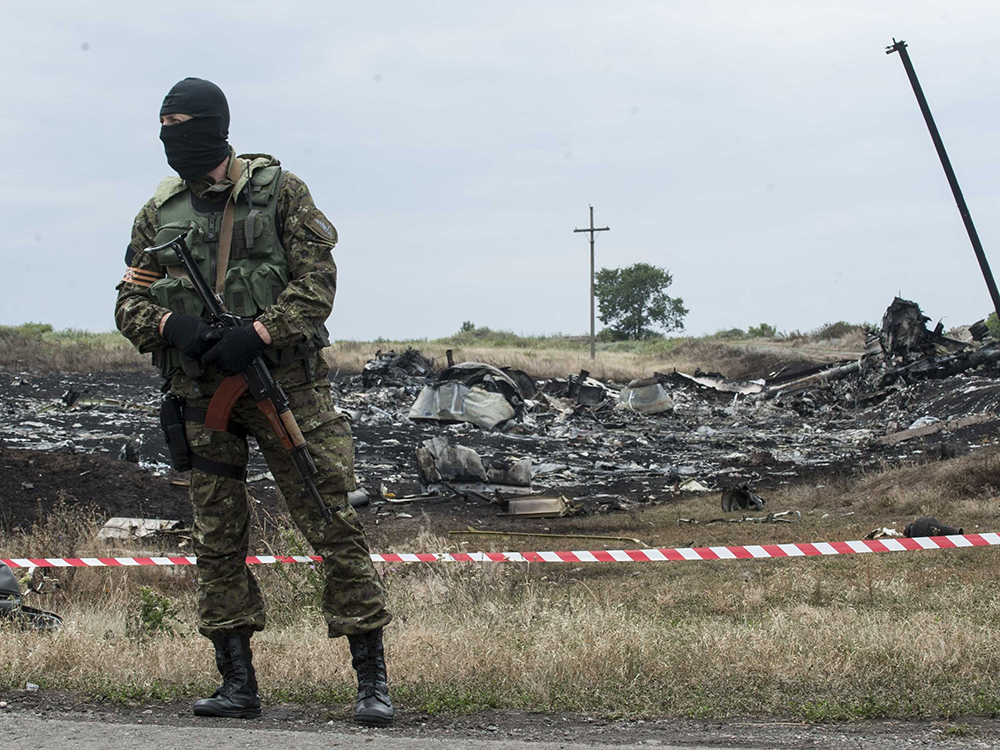 The Crimean Peninsula is this picturesque Eastern European territory that straddles between Ukraine and Russia. There’s been a lot of hoopla about Crimea since 1994 when it was signed over to the Ukraine. This is a region that is diverse with ethnic Russians fighting to be re-united with the motherland. Well, shit hit the fan this February when the Ukrainian Revolution and the flee of former President Victor Yanukovych resulted in Russia not recognizing the new Ukrainian government. Within 5 days, Russia moved into Crimea and took strategic military positions. If you ever played RISK as a kid, this is Russia moving about six cannons and ten horseys onto the tiny Peninsula. Putin went up and took it. Germany was pissed! Where were they going to get their oil? All of European Union was up in arms, and then we find that Russia shoots down a Malaysia Airlines commercial flight. What did the US do? Good question.

Source: The Conflict in Ukraine: A Historical Perspective (Harvard.edu) 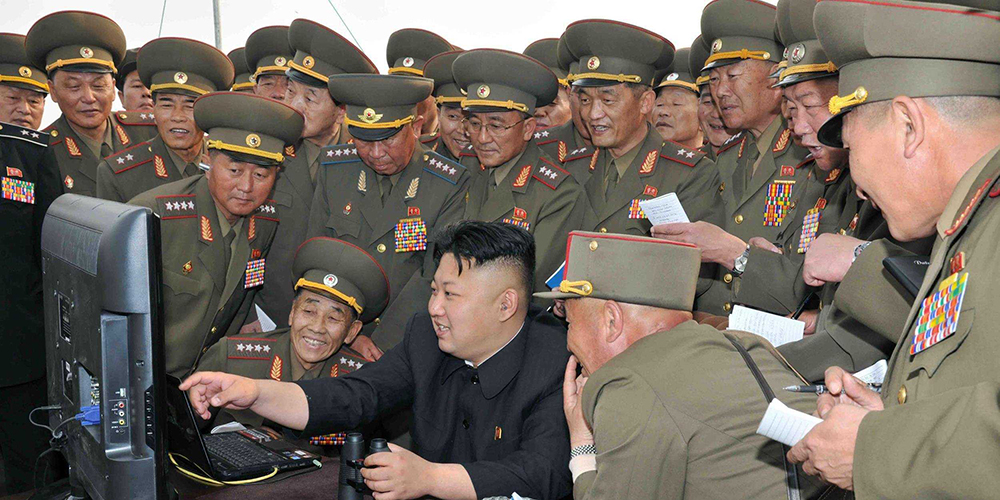 Praise be Eric Snowden. The former NSA employee revealed how powerful surveillance is in America, but nothing really got the public going until The Fappening. This Reddit sub-forum revealed, to every breathing man’s desire, the scantily clad bods of the Hollywood elite. From athletes like Hope Solo to songstresses like Ariana Grande, no one was immune to the preying eyes of hackers – and eventually the rest of the world. Here was a real world’s translation of what Eric Snowden was getting at. It had nothing to do with the eavesdropping the FBI did, but more to do with how private information is not secure. From the naked pictures of nubile models and gorgeous actresses we now move to the fiasco at Sony. At first, it was just HD quality downloads of yet to be released movies, but the savvy of the hackers grew bolder. Emails exchanged between executives that revealed actor salaries, and producers’ sentiments of these A-list celebrities embarrassed the company as a whole. Now it has been discovered the culprit is North Korea, and there are people on Capitol Hill calling this an act of war. But what’s funny is that we saw the shit go down in Crimea and did nothing. A couple of sanctions against Russia and we moved on, but now that a Hollywood studio’s servers are hacked, it’s “war.”

Source: ‘The Fappening’ Is Dead: From A-List Hacking Victims to D-Listers Accused of Leaking Nudes For PR (The Daily Beast) 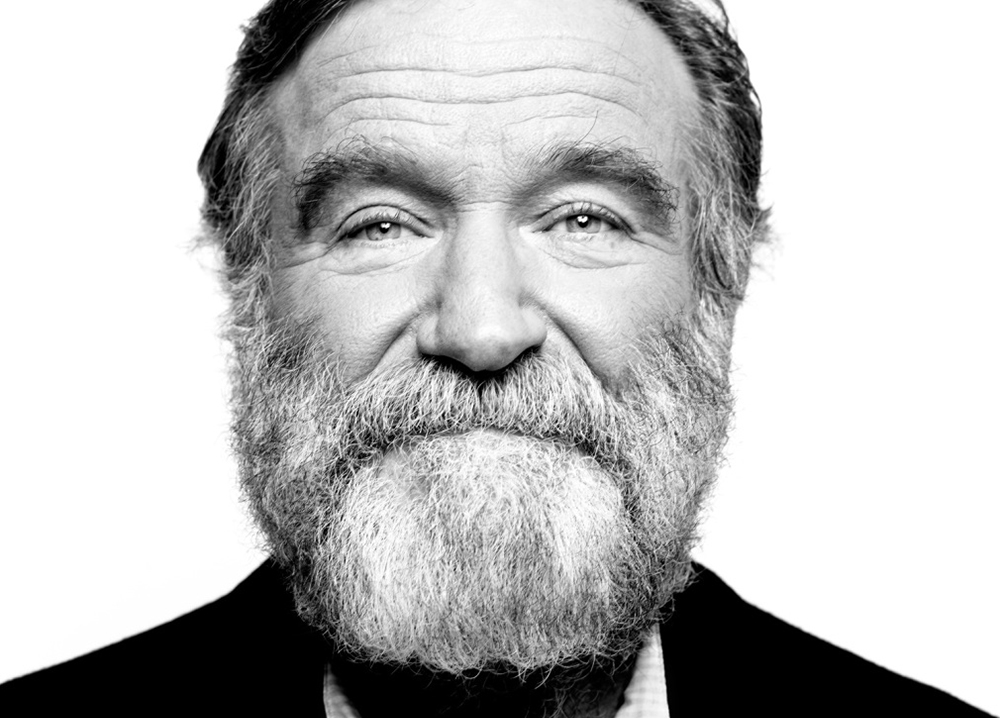 His passing really caught me with the feels. I usually don’t care about celebrities, but this was that one actor that I grow up with. Mork and Mindy was one of the first shows I watched coming to the US. Mork and I were both aliens in a new world, and we were both learning about the cultural idiosyncrasies of the US. I don’t know how a 6-year-old identifies with a 30-year-old white man, but it happened. Then came Mrs. Doubtfire to bring me sidesplitting laughs, and Good Will Hunting rendering me to tears. Movie after movie, this stranger brought a lot of passing joy into my life. For a ussualy stoic person, his death really upset me. He was one of the good guys. 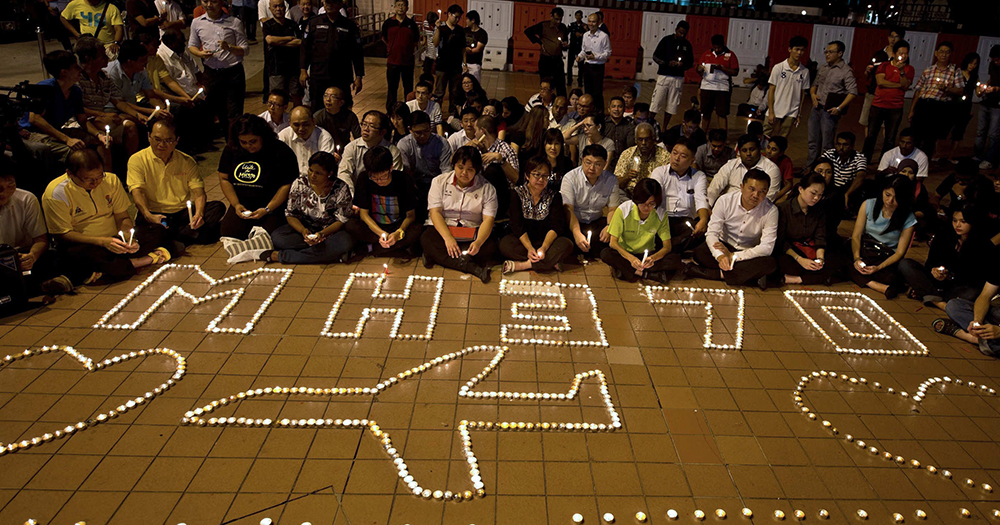 Wow, what a shitstorm right? A plane just fucking disappeared, but the way the Malaysian government handled it is what made this tragedy even worse. The repeatedly withheld useful and relevant information from search and rescue teams, and along the way pissed off nearly every single world power. What made this even more interesting is the number of inane theories the news channel had about the plane. When did Wolf Blitzer become an expert in aeronautics? 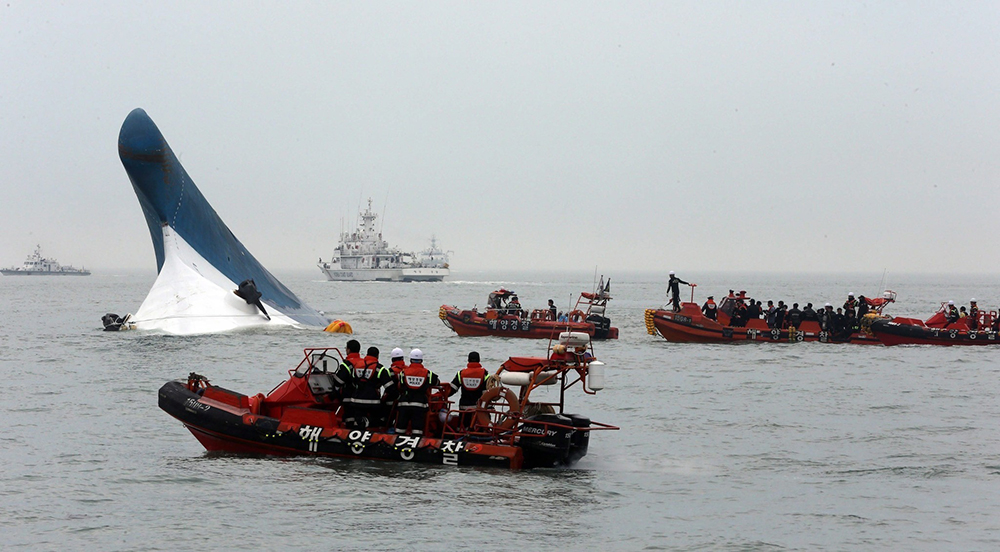 That Captain, doh? Old boy swapped out his maritime clothes and became a ghost. The callousness of the MV Sewol Captain is unreal. There were kids dying, and he gave zero fucks. Pride is a big deal in Korea, and there were public outcries that he offed himself. The damage is done, and I never feel the life of another solves any problems. Actually, I’ll go as far to say that I don’t think the sinking of the ferry could have been averted had he been on board, but I do know that he was in the best position to help, and he chose to bail. 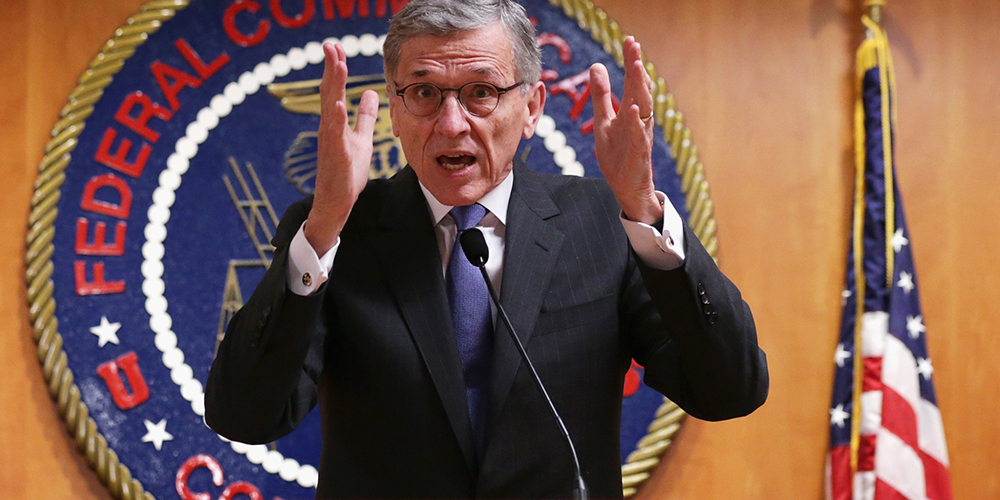 According to Ted Cruz, the world’s biggest dipshit, Net Neutrality is ObamaCare for the Internet. But what New Neutrality really meant was an oligopoly made up of Time Warner and Comcast looking to rob the public twice. Without net neutrality, the Internet providers can charge you for service, and then charge again for faster access to popular websites. They can even charge the websites you are trying to reach. Besides paying your monthly service charge, Time Warner and Comcast want to charge you an extra fee to get to Netflix “faster” and may charge Netflix to get to the user faster. If you think this is pure horseshit, you’re not alone. Hundreds of thousands called the FCC and raised complaints. Unfortunately, we live in the US and the FCC chairman is Tom Wheeler and he was lobbying for Time Warner and Comcast way before he was the FCC chairmen. You’re probably wondering how this huge conflict of interest even happened. Isn’t the FCC supposed to be on the public’s side? Because FUCK YOU, that’s why. This is the United States, where people care more about “likes” on Facebook, than they do about what’s happening in Washington.

Source: Ted Cruz Doubles Down On Misunderstanding The Internet & Net Neutrality, As Republican Engineers Call Him Out For Ignorance (Techdirt) 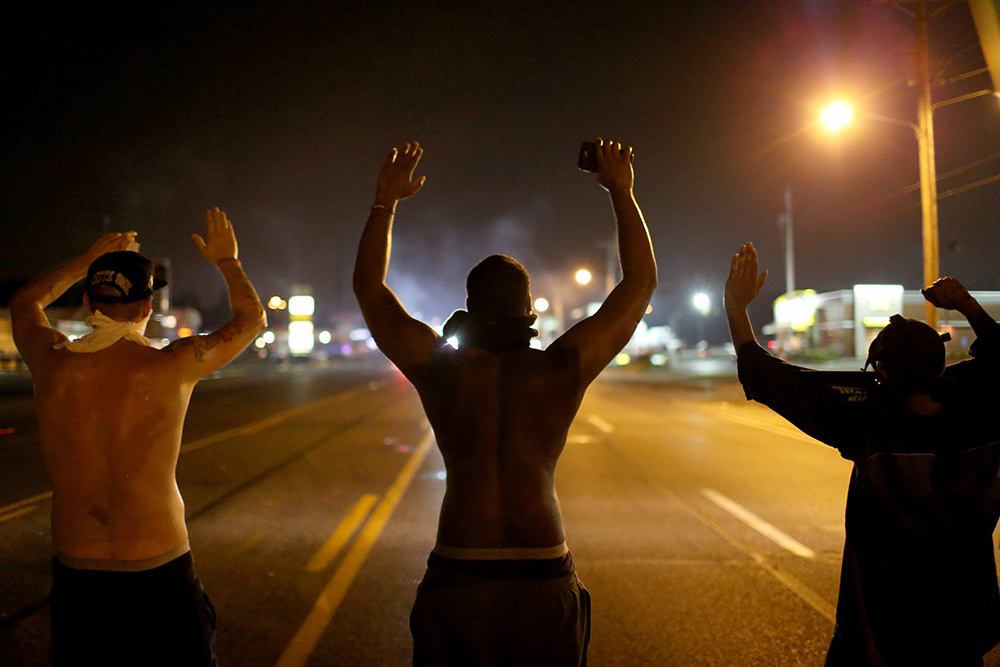 I’m going to get a lot of hate for this, but I’m with Ferguson’s grand jury on this one. I wasn’t there, and from the evidence, it seemed that the officer was provoked by a bigger person. Were there other measures Officer Darren Wilson could have taken besides shooting the victim? Definitely, but was this big ear-ed officer concerned for his life? Probably. Criminal homicide has the highest fucking level of scrutiny, and there was more than enough evidence to show that the officer was assaulted. The media went out of its way to make Mike Brown out to be a choirboy, but they neglected the footage of the 18-year-old robbing a convenient store and shoving a shopkeeper minutes before it all went down. But who knows? I wasn’t there, and to me police officers are the biggest fucking crooks in the world. But for Ferguson, I really saw it the court’s way. Darren Wilson is still a scumbag piece of shit that shot an unarmed kid, but there was enough information to indicate some sort of provocation.

What upset me viscerally was Eric Garner in New York. This piece of shit pig has been written up before. Officer Daniel Pantaleo has a history of trumping up false charges, and then there is actual footage of Eric Garner begging for his life. All the police body cameras in the world don’t mean jackshit if this officer can be filmed choking out an unarmed man – and still walk free. The New York grand jury decision tells us firmly that there are two separate worlds. You got one courthouse where you get locked up for possession of recreational drugs, and another one where police officers can kill with impunity. Welcome to America, Comply or Die. 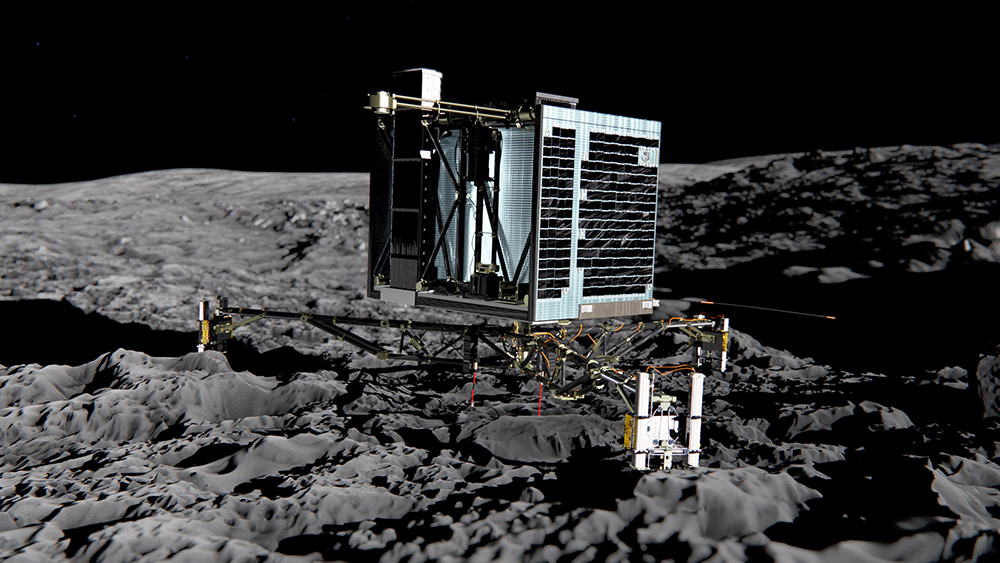 I’m not even going to pretend I understand the science behind this, but what I do know is that the European Space Agency (ESA) landed a fucking probe on a meteor the size of Los Angeles. This is science fiction-type cool shit. Ten years ago, the ESA sent out the Rosetta to intercept comet 67P/Churyumov–Gerasimenko. The rocket traveled over a billion miles, and just two months ago, it dropped the Philae onto the comet. What makes this so significant isn’t even how impossible this mission was to begin with, but the wealth of information we can find. Comets are basically buses in our intergalactic highway. Their path is controlled by the gravity of larger objects and they make loops, and sometimes they crash into stuff and collect intersteller residue. If you ever wondered how life on earth started, then there is a pretty high likelihood that the catalyst was when a comet carrying space goo collided against earth. Mind blown!

Source: Rosetta Update – What It Found, What’s Next (Gizmodo) 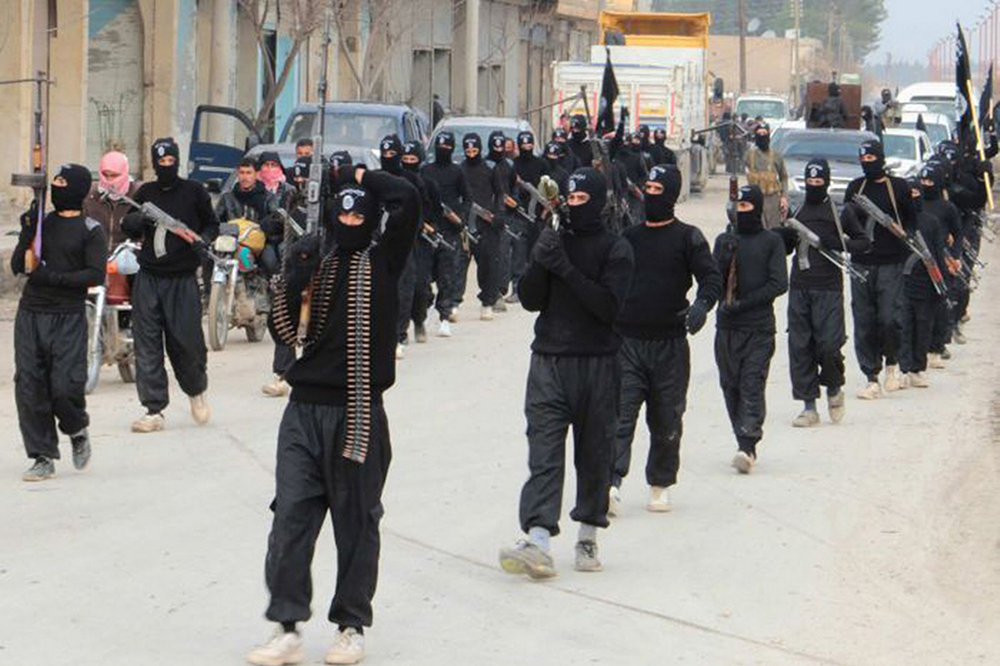 The Islamic State of Iraq and Syria is bad. Not Michael Jackson “bad,” but drowning puppies type of “bad.” Growing up in a Christian home, with a mother that has served as a pastor has really opened up my eyes to religion. I like to say it’s the single worst thing to happen to humanity. While there are those that are compassionate and help the needy, their good is outweighed by the shit groups like ISIS does. Since 1999, ISIS has been beheading hostages and conducting suicide attacks. But 2014 was when their antics really took center stage. Their growth has been exponential since the slow decay of the Taliban and al-Quaeds, and they quickly took a foothold in Syria during its time of disarray. Within that time, they have managed to piss nearly everyone off. ISIS killed without prejudice ,and while the slaughter of 150 women appears on the front page of the news, the group didn’t hesitate to off anyone who stood in their way. The US finally reacted later this year, yet I don’t think the answer is more violence. I don’t have an answer. Sadly, I don’t think anyone really does. 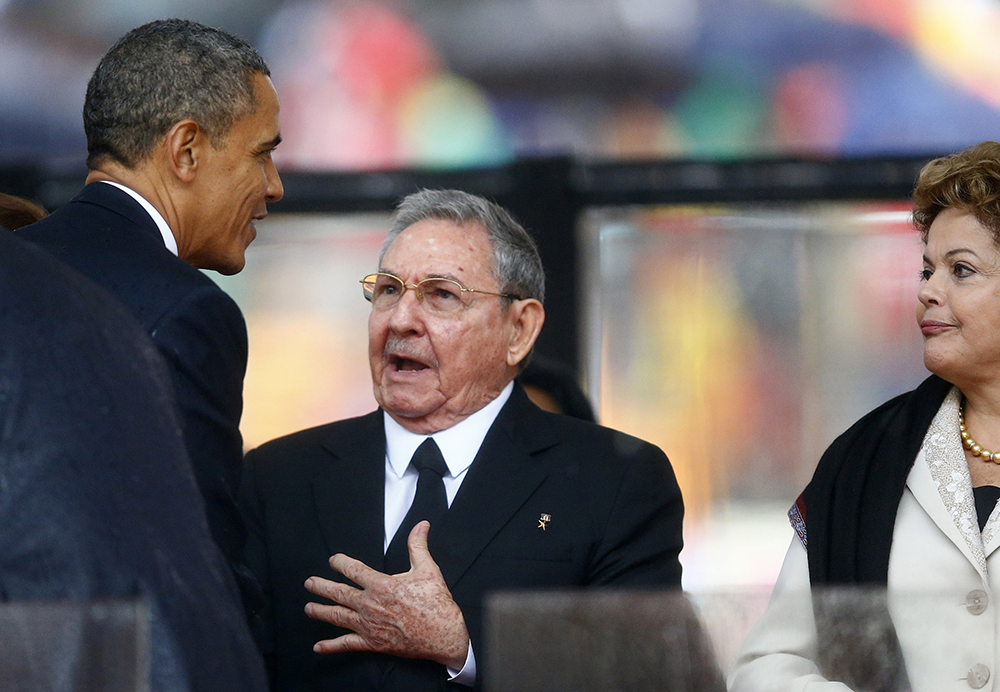 For the record, I think President Obama, for the most part, is a lying piece of shit. He isn’t any different from any politician before him, but what he did this Wednesday really brought a smile on my face. On December 17, President Obama restored full diplomatic relations to the neighboring island of Cuba. The last vestige of the stupid Cold War is finally gone. Families can be reunited. Havana will have access to US trade goods. And Cohiba cigars can finally be affordable. All jokes aside, this is a huge step forward. I always feel that to progress we need to open our arms, not close doors. Kudos to Raul Castro and to our 44th President.