Heading Home :: Getting Onboard with Going Offline

Earlier this week, I gave notice that I’d be taking a step back from my typical Instagram activity. Instead of posting my personal experiences throughout the day as I’d been for the last four years, my @bobbyhundreds account would be occasionally updated with The Hundreds-related news and product releases. This came on the heels of taking a hiatus from Snapchat, not long after I praised its ingenuity (Still love the platform, but am patiently waiting out the app’s unreliable nature, not to mention its toll on my battery and data).

I didn’t think it was as big of a deal as my followers and our surrounding community seemed to make it, but I guess it does warrant a more elaborate explanation. Many attribute The Hundreds’ early success to Internet power, so how could I turn my back on the web?

Well, I haven’t. In fact, perhaps now I’ll have the time and energy to write more thoughtful and substantive stories on this website (like this one?); or, more importantly, saving my breath to speak when it truly matters, instead of interrupting your day with the mundane, pestering you to pay attention to me like a middle child (which I am, btw). What’s better: continually poking you in the ribs or saving up for a heavy wallop? I’m sure you’d pay attention to me then. Aand remember me long afterwards. 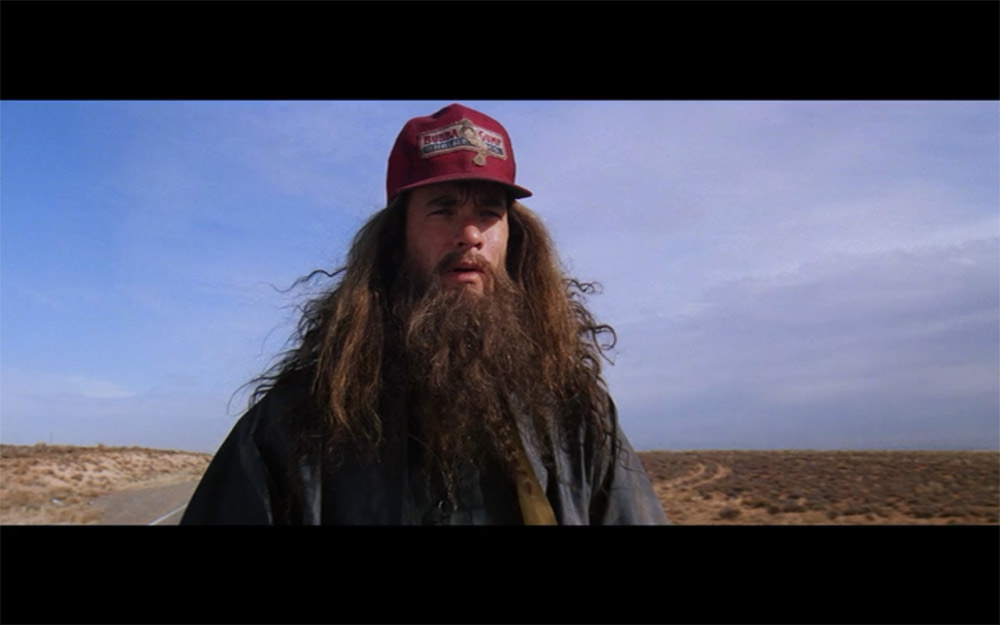 I gotta ask, when was the last time you closed your social media and felt inspired, positive-minded, or encouraged to create? More often than not, you regret the lost time, are misled by someone else’s dreams, and leave saddled with insecurity (that everyone else is happier, better-looking while doing it, and succeeding); as you burrow into your couch with a remote control and a doggy-bag of FOMO.

And yet, we all do it. It’s an awful taste: that last 40 minutes you spent thumbing through other people’s memories. You can never get it back, and the way you toss your phone across the bed expresses that compunction.

Sometimes I lie there and think about that 40 minutes, and the other 40 minutes I bled on social networks earlier in the afternoon, and I guess twice that morning. Then I add up all the hours social media robbed me of that week. The months, the years… Considering I’ve been using social media since Friendster in 2002, that’s my entire adult life sunk into a rather empty and pointless game. 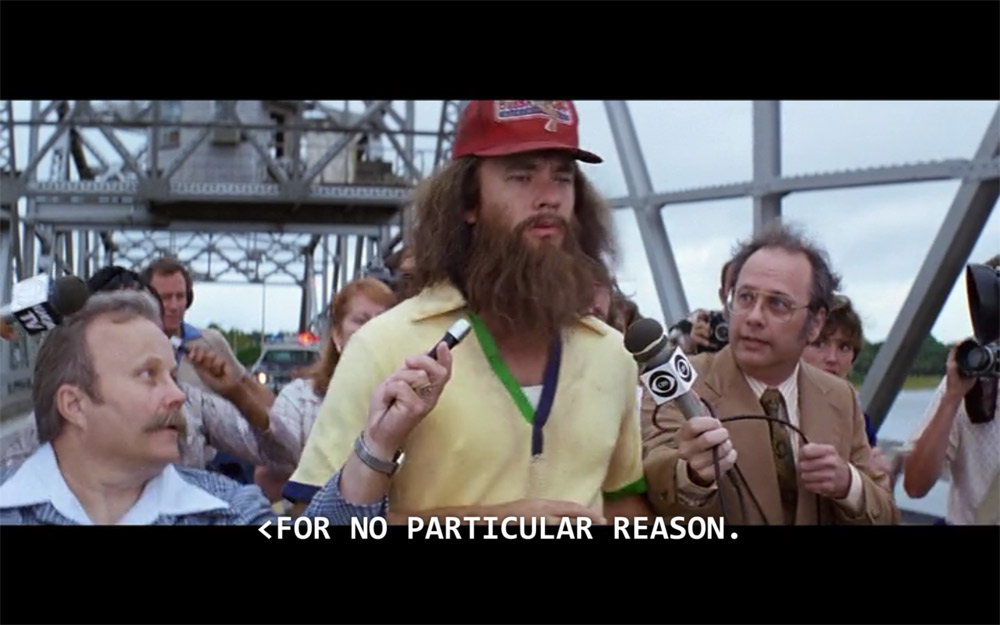 Look, social media can be a beneficial tool. (First, how do we even define social media? Do we stop at Facebook and Instagram? What’s Twitter but an aggregate of hyper blogs? What’s Snapchat but a texting platform?) If you’re searching for a dais to express your views, communicate with your audience, or share an idea, then social media can help you do that. Of course.

But so can publishing a ‘zine or writing music. Or firing up a T-shirt brand. Or better yet — and most impactful — inviting people into conversation. Remarkable ideas can’t be contained. With or without technology, they will spread like wildfire. Now, the Internet can help expedite that, but that could also mean a shorter shelf life. Fast rise = fast demise. Are the biggest and strongest ideas not nurtured and developed with consideration, like anything enduring, like everything that requires attention to detail and human spark? These are the ideas that you don’t have to chase people down with. Rather opposite, these are the ideas that draw people together. 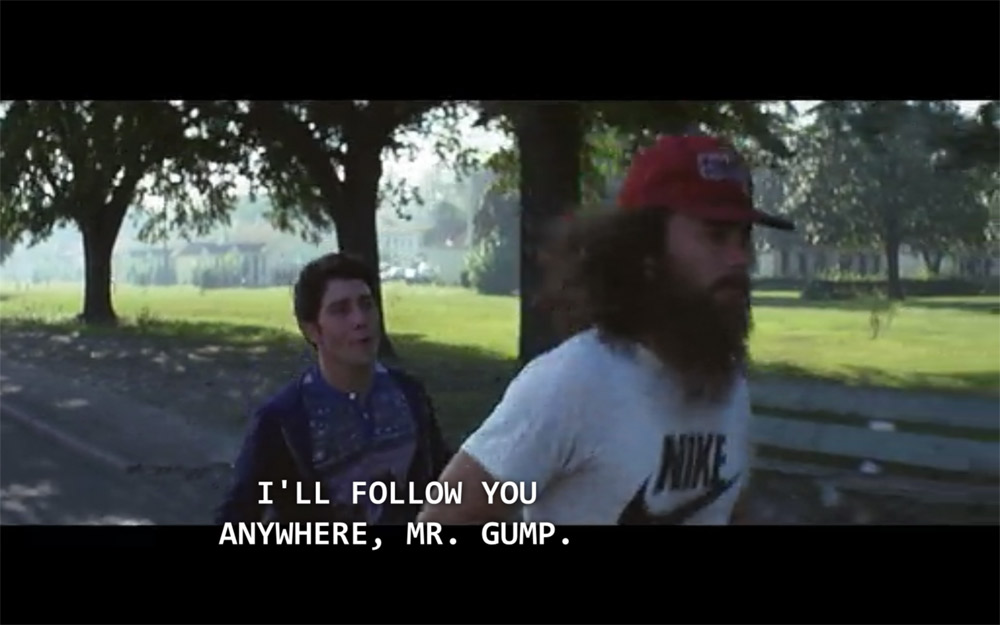 For the past year, I’ve tired of social media (coming from the guy who capitalized on blogging to broadcast his brand). There are plenty of reasons why, and I expressed most of them in this piece I wrote back in November.

For instance, social media homogenizes everyone’s voice. And if you’re a brand and relying on it as a marketing tool, it diffuses your impact, exploding your message across a universe of white noise. Social media levels the playing field, which revolutionizes opportunity. But consequently, it paints indiscriminately in mediocrity, trivializing the significant and big-upping the basic.

Worst of all, it lies. It deceives and cheats and steals.

There was a time where the “media” was a bad word. The media told you that skinny was beautiful, that wars were justified, and black lives didn’t matter. We used to recognize these untruths, these paid-for propaganda, and rail against. Although we listened to the media, we held our unique perspective as individuals. We could see the puppet strings and arrive at our own conclusions. We knew the difference.

Today, the “media” has been sugarcoated with its “social” qualifier. In 2015, the “media” aren’t the Rupert Murdochs or the Ted Turners of the world. They’re disguised as our favorite rappers and funny actresses and local coffee shops. Even more confusing, they are our friends and family: our uncles, roommates, and children. And because we love the source, because we trust and worship the source, we’ve dropped our guard and no longer recognize where we end and the media begins. Hey, what they’re doing isn’t evil. Your mom’s just Periscoping her egg salad sandwich, NBD. That’s her life, her opinion, and her point of view.

The problem is that in the process, you’re slowly losing your own. 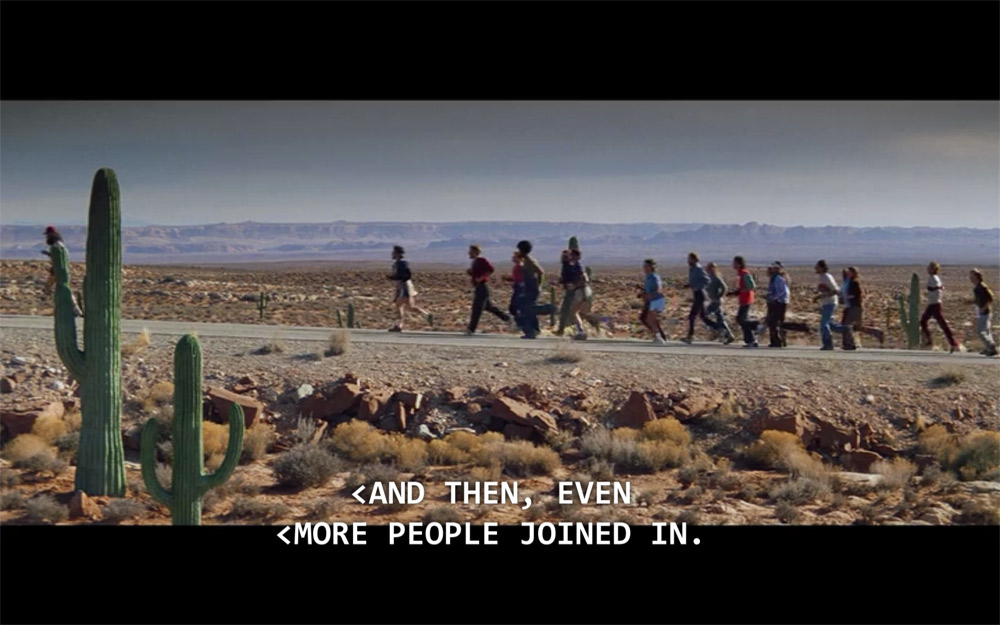 You know that saying: if you hang out in a barbershop long enough, you’re gonna get a haircut? My mom used to say the more I collected Garbage Pail Kids, the more I’d look like them. Well, I only sorta look like an adult-sized Garbage Pail Kid, but I’d be lying if I didn’t say hashtags have occasionally swayed my political perspectives, filters have affected my creative outlook, and my sense of humor has been perverted by Twitter’s stream of logorrhea. How could they not when I’ve spent so much time accepting them without question?

For years, I kept telling myself that I had to update my social media for work, to stay relevant, to be included in the conversation. But how to explain that some of the coolest people I admire, the ones who genuinely move culture, don’t participate in social media? And the ones who do, fast lose that distinction… Is there anything more disenchanting than watching your teen idols navigate conventional life? 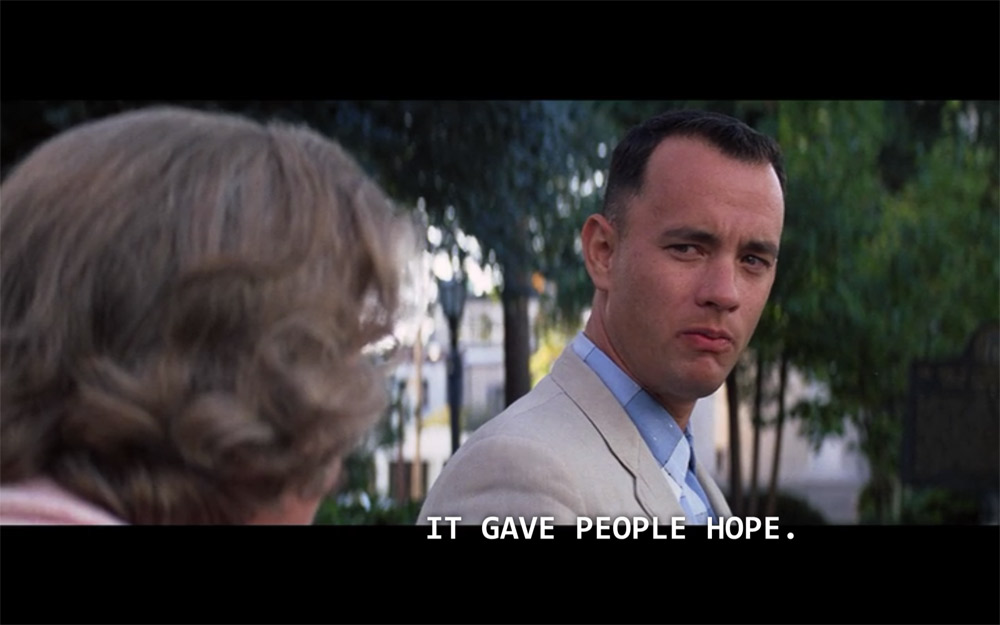 There’s this famous chapter in Forrest Gump where Tom Hanks’ character starts running — in his words — “for no particular reason.” He inspires others, and in turn, they attract a larger following, which erupts into a national stir, but at no point does anyone question why. So when Forrest stops suddenly along the desert highway and U-turns, he splits a sea of confusion.

To me, the most curious part of this moment is that no one continues the path. They all stop running. They lose touch with Forrest, they lose each other, and then themselves. For no particular reason.

Forrest sums it up best. Behind a grizzly beard and hollow eyes, he stares off into the horizon and declares, “I’m pretty tired. I think I’ll go home now.” 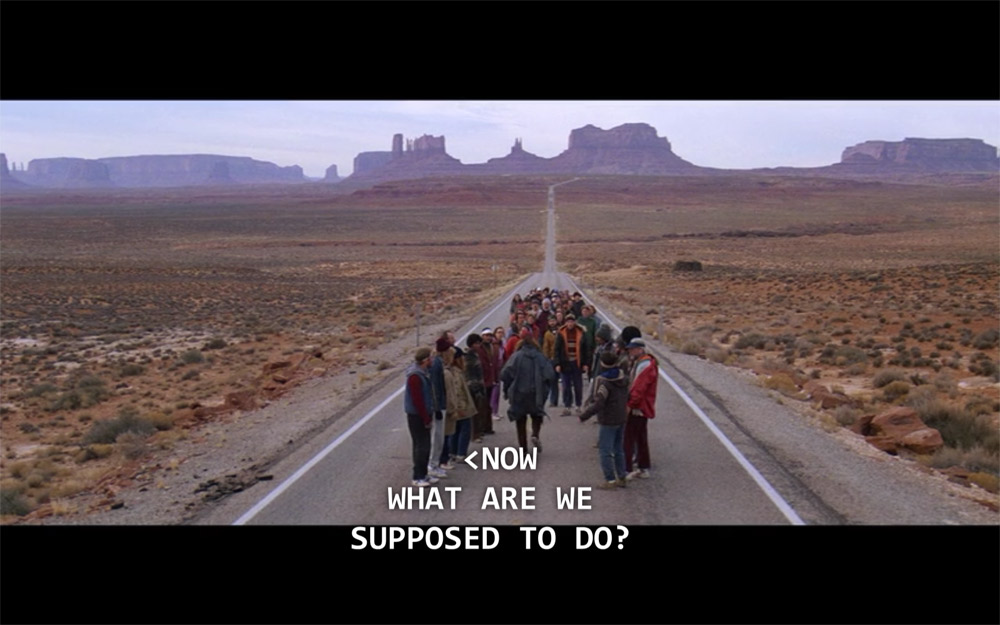