A few miles east of us here in Los Angeles is the historic X-Large flagship store on Vermont. Back in the ’90s, I’d load up on OG Gorilla logo tees and Grand Royal apparel at this same tried-and-true boutique. Years later, they’re still representing L.A. streetwear to a new generation of kids, with their trademark clothing and one of the most extensive accessory programs in the game.

The X-Large L.A. store also forged heavier into the art world this year with the opening of their gallery upstairs, the first exhibitors consisting of names like The London Police and Logan Hicks. One of our faves, Dez Einswell just opened his current show in the space last week. 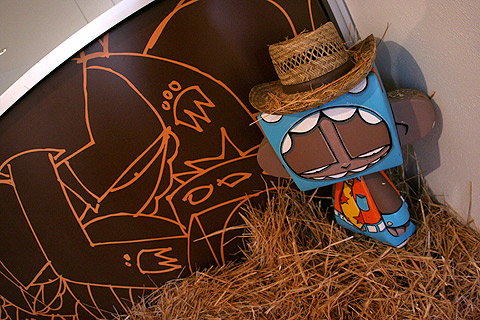 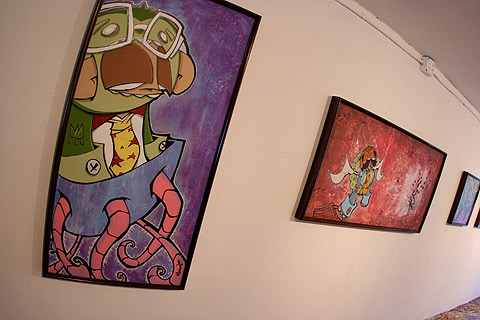 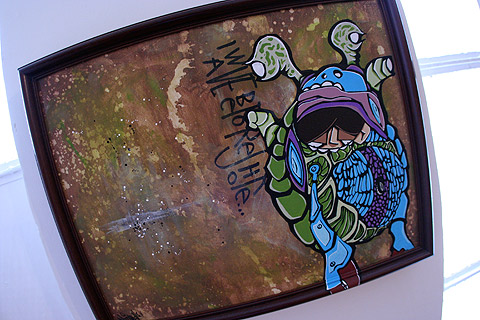 Dez painted a huge mural involving his characters on the floor, then scattered bales of hay across it. It’s a pretty cool effect to walk around the room knowing that there’s a massive piece just under the surface. 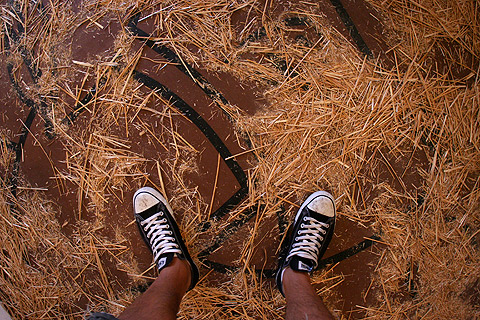 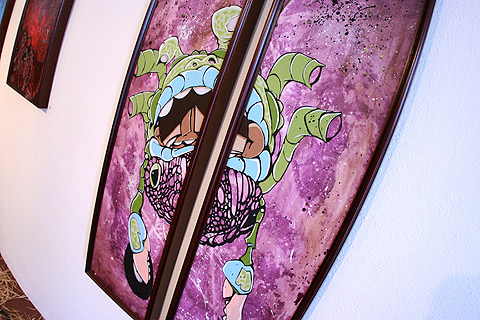 Dave and Paul met up with us. Dave’s been with X-Large for over a decade, so this dude’s seen and done it all. Paul used to run a brand you may have heard of called Future Relic. 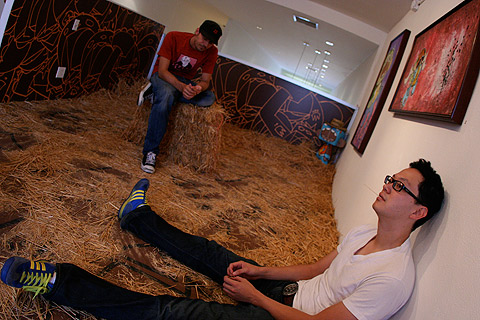 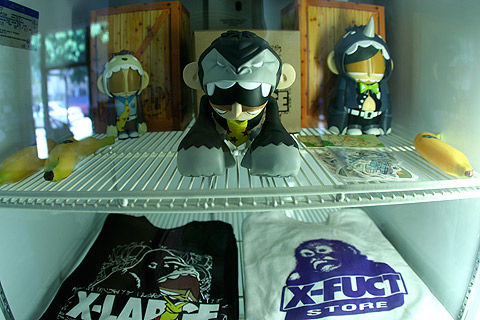 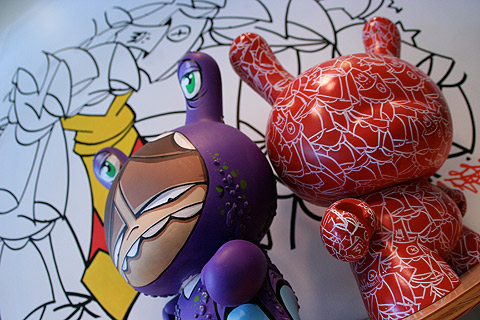