That Beautiful Suffering Place :: The Salvation Of Gym Jones

In my experiences with strength training and for the positioning of the forthcoming editorial – it all begins with the suffering. That beautiful suffering place. It’s about finding that peculiar threshold that sits on the edge of your physical and mental capacities – that critical boiling point during intense physical exertion where the body screams at the mind to stop and the mind demands that the body keep going. It’s here, at the cliff of where you think you can go, that the sensation of being alive can be felt in the most vivid and dazzling of ways. It’s at this threshold that you can get to know yourself better than you probably ever can. It’s where progress is made and strength is built.

The coaches at Salt Lake City based training facility, Gym Jones, know this event horizon like the backs of their hands. They go there often, their students go there often, and they hold a strict policy that nobody who trains under their roof gets away without pushing themselves there. It’s at the crux of their training ideology – the mind is primary. Gym Jones isn’t bodybuilding, it’s mind building. There’s no mirrors hanging from the walls here. There’s no need for vanity. The fire-tempered physiques of the athletes who train here are really just a secondary side effect of a much more profound change taking place in their psyches – something you can’t see in the mirror. 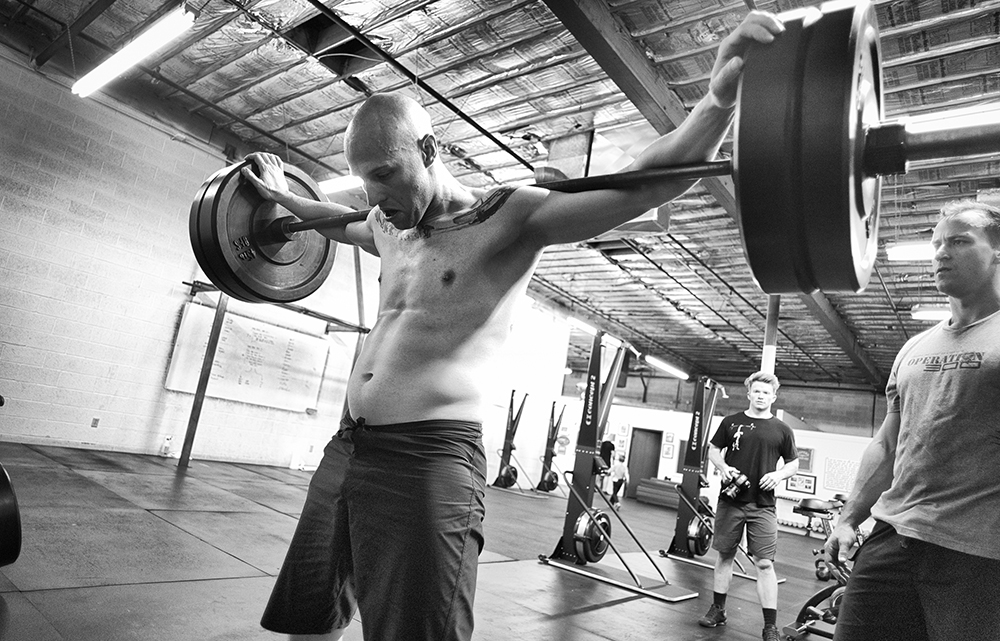 The training home of world class athletes from around the world, Gym Jones has built its reputation on taking people beyond the limits of where they think they can go and have redefined what it means to be physically fit – effectively flipped the bird to the softer, more cosmetic side of the fitness industry. There’s no shortcuts at Gym Jones. Theres no substitute for hard and no excuses are welcome. Their approach demands absolute commitment. It expects students to willfully throw themselves into the fire at the prospect of emerging a a more accomplished athlete and stronger person. The path is long, hard and everyone pays the piper.

Made popular most recently for forging the Spartan warrior bodies of the actors in both of Frank Miller’s 300 films and for building the superhero body of Henry Clavill for the role of Clark Kent in 2013’s Superman: Man Of Steel, the Gym Jones approach is as punk and irreverent as the gym’s founder, Mark Twight, who spent the early part of his career conquering some of the most treacherous and deadly mountain peaks on earth – oftentimes by himself. As a published author and coach, Twight takes a very calculated approach to his training methodology, focusing on functional fitness, training athletes for specific objectives and to be as well-conditioned as possible for whatever discipline it is they’re training for: mountain climbing, cycling, MMA, football, snowboarding, whatever.

We caught up with Gym Jones general manager Rob MacDonald aka Maximus to find what makes their approach so different, explore the the definition of self sacrifice and to find out just what it means to train on the floor at the infamous Gym Jones. 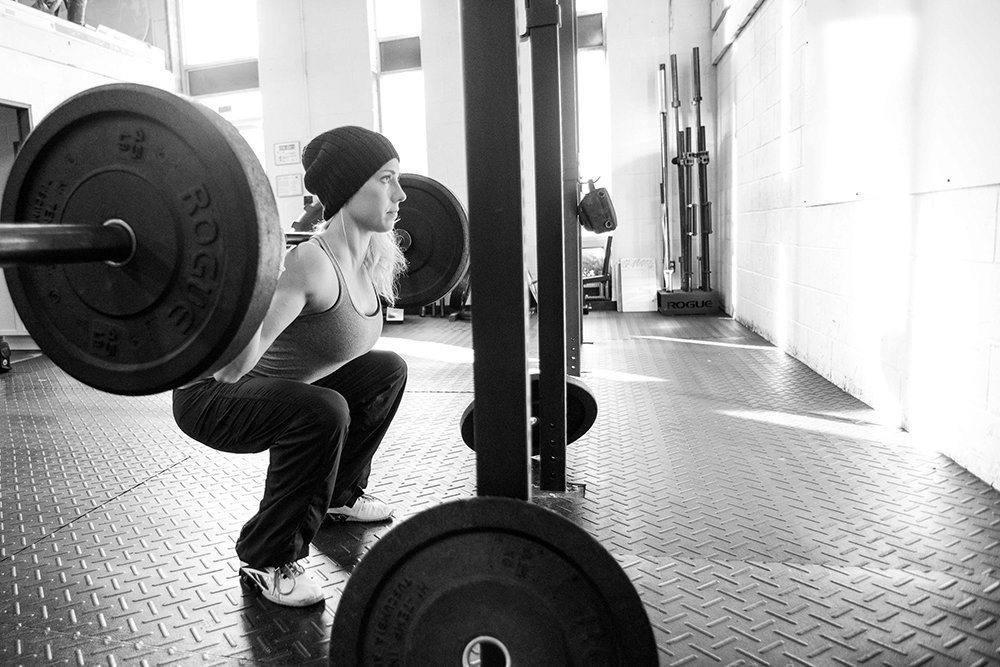 CULLEN POYTHRESS: For a relative outsider, the fitness world appears to be a pretty confusing place. Everyone seems to be touting their own systems, paths and approaches towards fitness – new machines, work out videos, diet plans, ad nauseum. How is Gym Jones different from some of the other training facilities and methodologies offered out there? Where do the philosophies and training methods of the gym originate from?
ROB MACDONALD: I would say that our Gym differs from most on two fronts. The first is that we value psychological change above all else. We want people to evolve from the inside out. The Gym, in our opinion, is just a tool to facilitate that change. The second is that we believe in individualized programming.

Training cannot be a one size fits all road to travel down.

“WE PUT PEOPLE IN POSITIONS WHERE THEY AREN’T SURE THEY CAN SUCCEED. WHEN THEY DO… THEY BECOME SOMETHING MORE.”

“The mind is primary” seems to be a central mantra to the overall Gym Jones approach. What does this mean exactly and how does that relate to the overall training philosophy of the gym? What is it about “the mind” that’s so central to training at Gym Jones?
The mind is primary. It often drags the body struggling behind it. When you see something incredible done in the world it is because of will power, determination, and psychological willingness. If you make a person’s mind strong, it is easy to facilitate a change in the body.

What do people learn about the power of their minds as they progress through their training at Gym Jones? Does the mind become stronger along with the body? The two have to grow together, right? Where do people have to go physically to get a good look at the true mind body relationship?
We apply pressure to people. We put them in uncomfortable positions. We force them to face their weaknesses. We test them, we make things difficult on them, we put them in positions where they aren’t sure they can succeed. When they do, their spirit increases, their confidence increases, they become something more. When this happens, the physical work is easy. 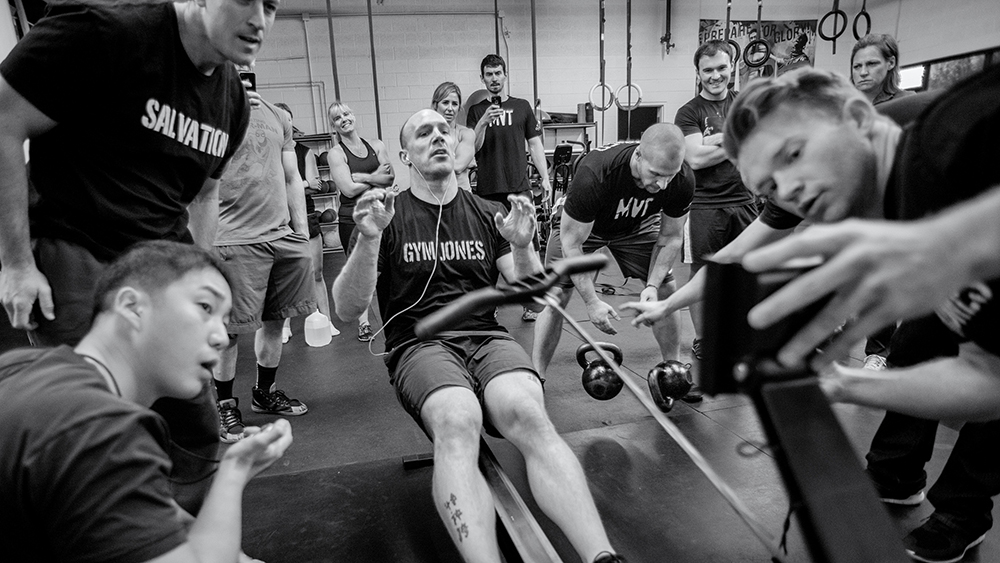 In my past training experiences, there always seemed to be this threshold right when you’re about to collapse or give in and the mind demands to keep going and push through the work that’s in front of you to completion. Endorphin rushes aside, would you say this is unique experience or do most people go to a mental place like when they’re pushing their limits? What’s going on in this mental space? Is this where progress is made?
This is where true progress is made. Most people will never go to this place. They are unwilling to suffer. They are scared. These are the moments we learn from. In life, when things get difficult, we begin to negotiate. We hear the voice of negativity: “Just quit,” “There’s no way you can do this,” “Stop.” We want to listen to these voices and stop, but not listening to them is the key. At all costs, you need to win this negotiation. When a person does believe in themselves they win this negotiation. They push on. When that happens they succeed and as a result confidence increases, they believe in themselves more. They learn to win the negotiation in other areas of their life. It is quite remarkable what a person who believes in themselves can accomplish.

What does that transformation look like at Gym Jones? Do you ever witness definitive moments of breakthrough with your students? What happens at these moments? Can you describe the types of transformations people undergo while working at Gym Jones?
We do witness all kinds of transformation both physical and psychological. The ones we are most interested in are the latter. When a person believes in themselves more, walks with more confidence, and takes what they’ve learned in the gym and transfers that to their everyday life, it is a beautiful thing. We have seen people improve their marriage, become better at their job, become a better person. Those are the transformations that matter. 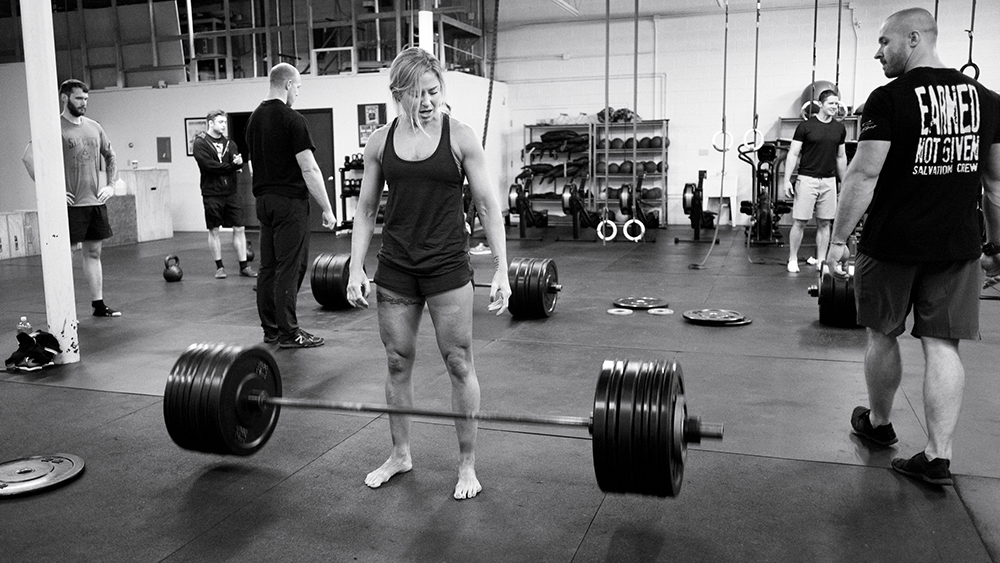 What types of people do you train? I gather people know what they’re signing up for when they choose to train at Gym Jones. Is there a particular type of recurrent personality trait that you see among your trainees? Aside from being world class athletes, what types of mental and character qualities do you see most in your students?
We train people from all walks of life. We used to only focus on athletes and people with very specific jobs. Now we will work with anyone. I say anyone, but I don’t really mean that. We will only train the willing. The person who is willing to give it their all is a person who is welcome in our home. Job doesn’t matter, socioeconomic status doesn’t matter. We just want people who will add to the spirit of what we have built here.

“IF YOU WANT SOMETHING BAD ENOUGH, YOU’LL FIND A WAY TO MAKE IT HAPPEN.”

What does it take to achieve at Gym Jones? How do you define success? What does dedication look like? What does it mean to be committed to achieving a particular goal? How does this relate to what you ask of your students?
Actions must be consistent with words. You can talk all day about what you want, but until you are willing to do something more than talk, your dreams will never come true. Achieving a goal isn’t that difficult. In reality, all you have to do is want it. If you want something bad enough, you’ll find a way to make it happen. All we ask of our students is that when they set a goal they are willing to do anything to get it. 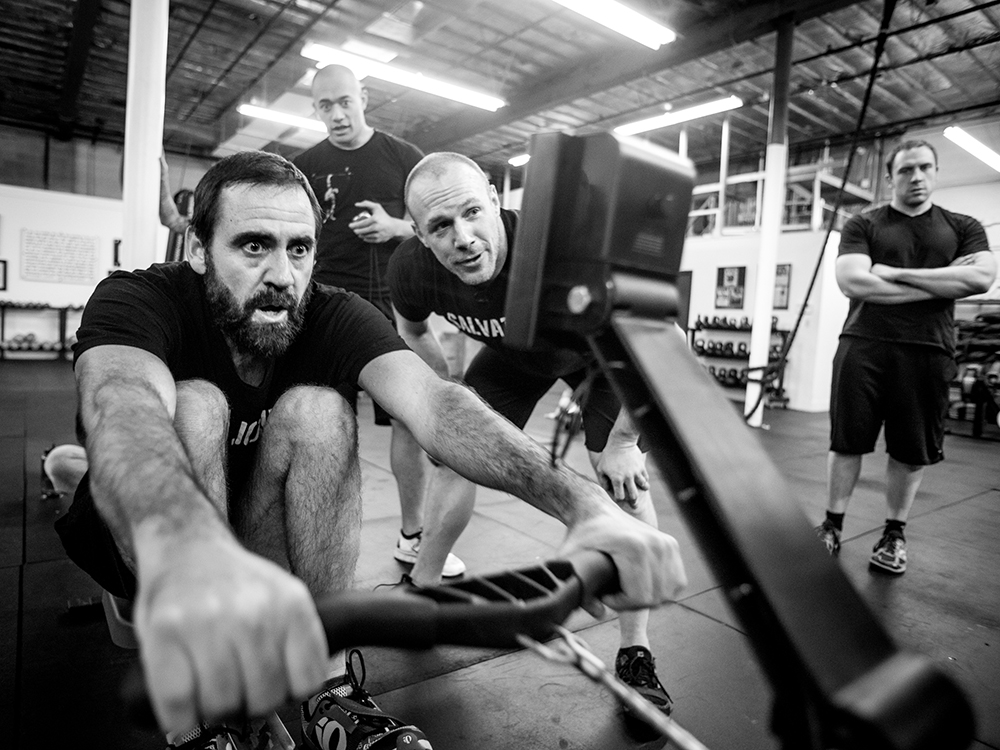 Have you witnessed student failure? Is there an attrition rate at Gym Jones? Are some people just simply not cut out for it? How do you approach students who are simply failing to rise to the challenges and expectations laid forth by the gym? How toxic can a less-than-committed attitude be to the classroom? Do you really become who you hang around?
People fail all the time. There is no shame in failure provided you have given it your all. There is no failure in that. In fact sometimes these are our best life lessons. We have built an environment here where everyone works as hard as they can. There are no excuses welcome here. There is no lack of dedication. You do become what you hang around. If you are around people who have welcomed quitting into their life you will become a quitter yourself. If you are around lazy people chances are that you will become lazy. We have built a community here of people who lead from the front and who are all dedicated. When someone doesn’t fit in usually they leave the gym on their own. They realize they don’t belong. They don’t want to be around the people we have here and have a spotlight shone on their own shortcomings.

As a coach, it seems like you draft a ton of inspiration from the dedication of your students. How does this personally help you become a better coach? A better athlete? How does working with your students at Gym Jones help facilitate that?
I am constantly influenced and inspired by the people around me. Just like I teach them things they also teach me things. Watching someone give it their all, watching someone who is willing to do everything asked of them and more is infectious. You can’t help but be inspired. You can’t help but improve when you are surrounded by people like this.

The Unobtainable Future :: The Dedication of Bonsai Mirai