So here in Los Angeles, I actually live over in the Mar Vista area, so it hit close to home (literally) when I found out that the City is in talks to build us our own skatepark. The news comes in succession to the recent unveiling of the Venice park and the Stoner Park skatepark. Members of the community, the council, and local skateboarders who are taking an active interest in seeing this project unfold, all gathered at the rec center tonight to discuss the Mar Vista skatepark.

Mar Vista has a vested interest in this as well, considering it’s one of the cornerstones of Dogtown, where modern skateboarding was birthed. Just across the street are the legendary Mar Vista banks, so it only makes sense that skateboarding returns to its home. 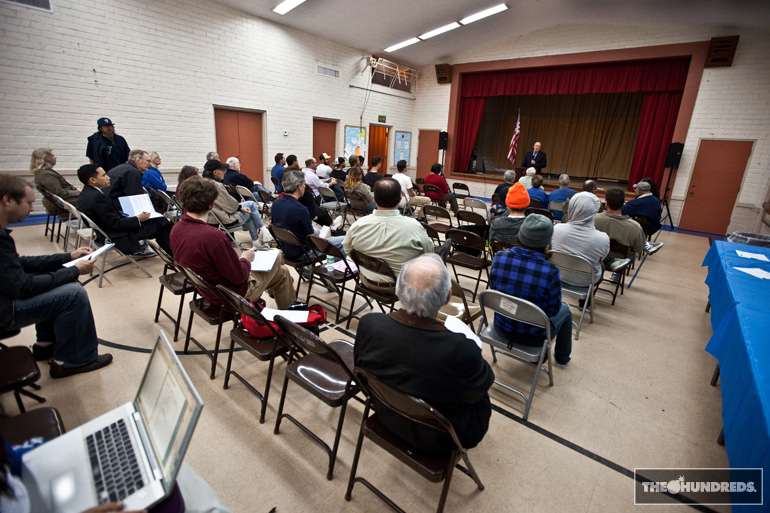 L.A. City Councilman Bill Rosenthal is the man who’s made it possible for these skateparks to be implemented around West LA. So a big thank you goes out to him, much respect.

Of course, there’s much to be determined before anything goes down. Currently, there’s a lot of opposition on the floor, many older constituents are afraid of potential increases in gang activity and riff-raff because of a skatepark presence. The ignorance doesn’t stop there, many critics also had concerns about helmet and pad regulations, and the general safety of young skateboarders. Amidst all of this, I guess they forgot to consider that Mar Vista park hosts basketball, soccer, baseball, and street hockey players, all who are equally (if not more) at risk, but aren’t being forced to wear safety equipment. As some of the skaters noted, it’s up to the kids’ parents to decide what is appropriate protection and it’s enforcement. 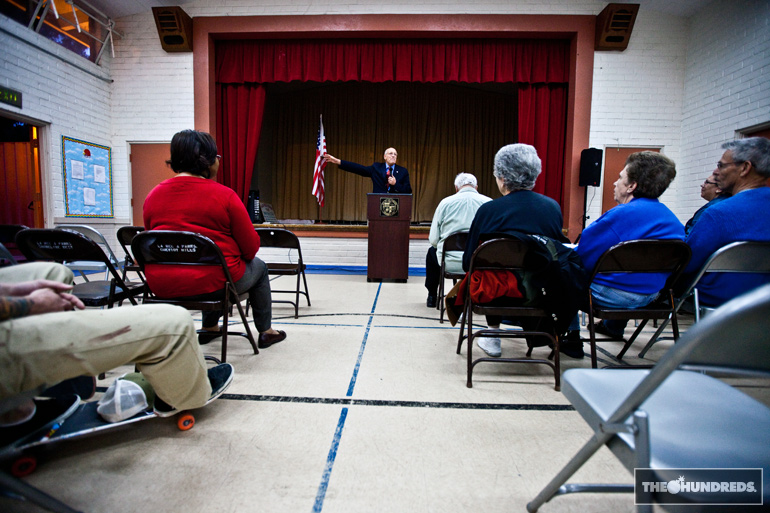 So over time, I’ll keep you informed as to what’s going on with this. But this is also encouragement for the other skateboarders out there to stay involved in your town and community. It’s imperative that our voices be heard, otherwise they’ll speak for us. 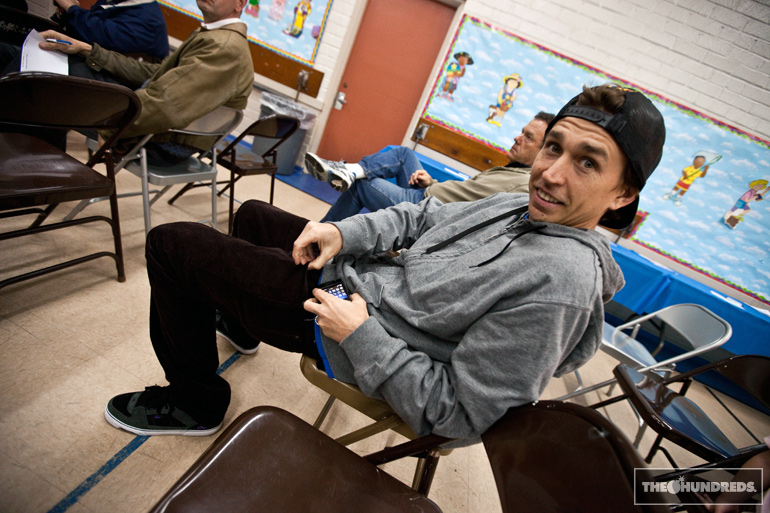