We live in Los Angeles, surrounded by Latino/Chicanos, there’s a De La Hoya fight on, so of course Cinco De Mayo’s a big deal. Time to whip out the grill and throw together a last-minute bbq for the homeys. 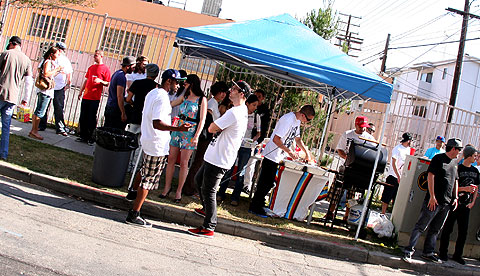 Controversy Chris and Grown-Up Randy have been with us since the beginning. 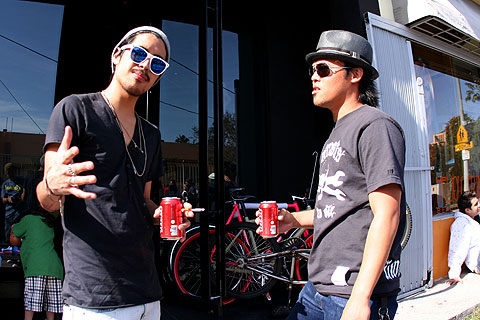 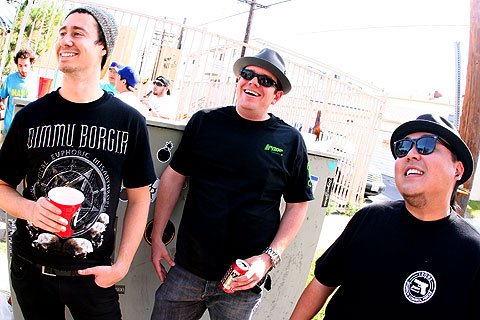 What do Omarion and Alex got in common? They’re black, talented pop-lockers, and you just got served by both of them. 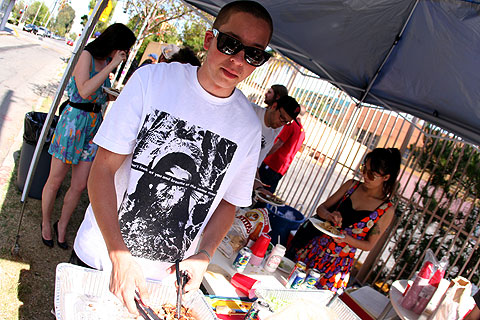 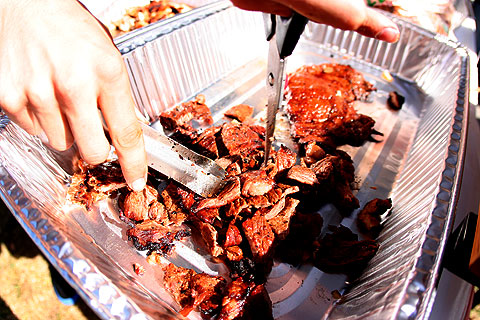 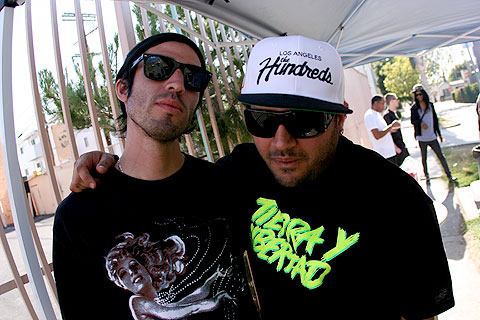 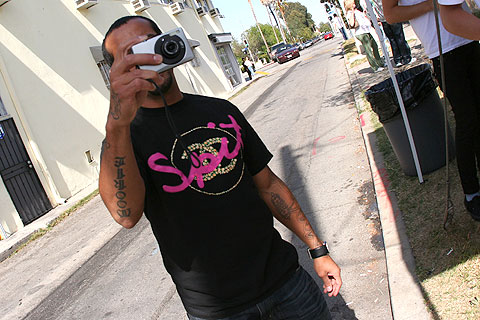 Even the tow truck guy took time out from his busy schedule of ruining people’s lives to eat. 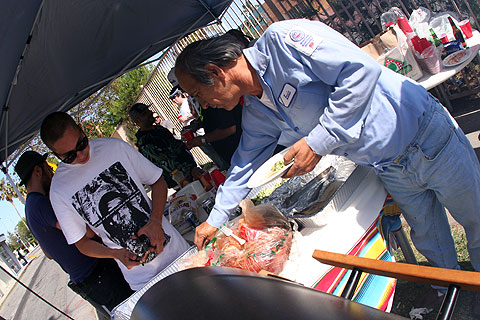 Attack of the fixed-gear bikes. 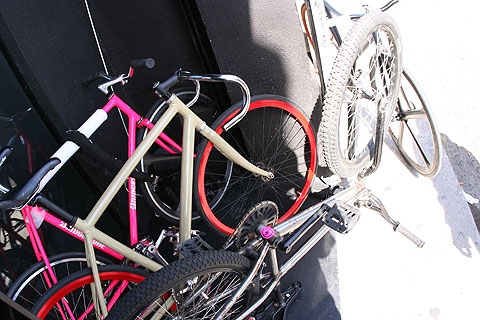 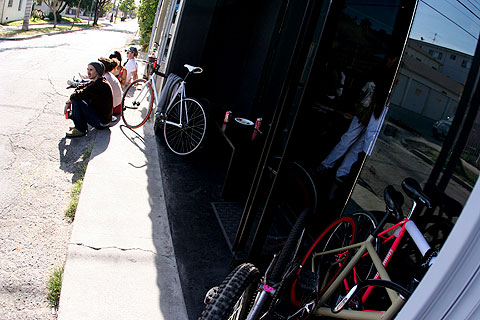 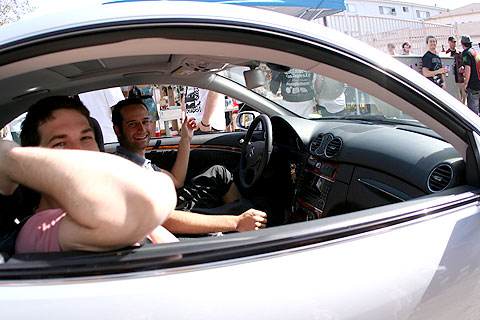 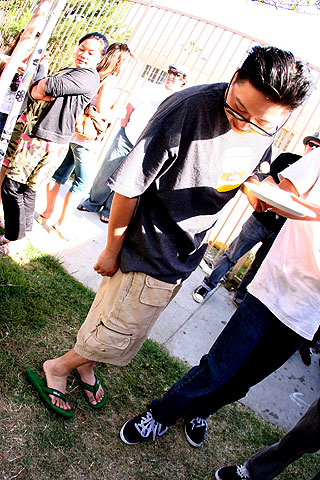 Along with beef and chicken, there was also plenty of bacon. 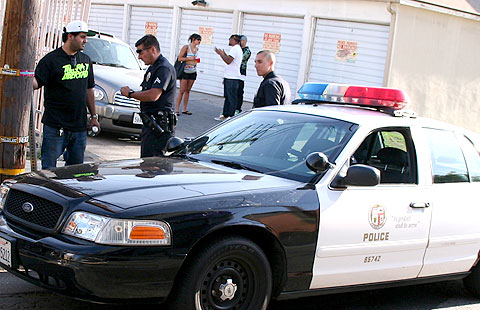 With a smile like that, Nick Leo (PFK) would’ve fit perfectly into the Warp Japan photo spread. 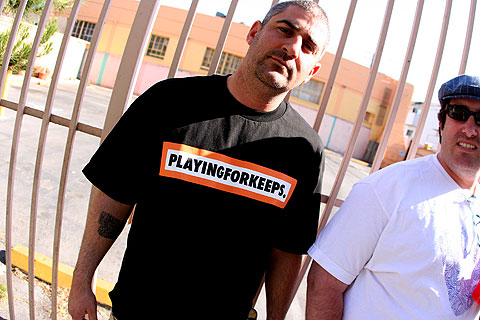 Robin (Cultist) is gonna be pissed when she finds out I sneaked a photo of her.. 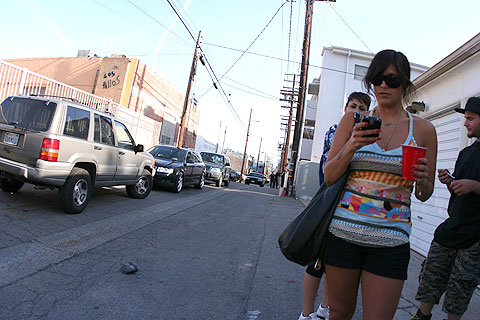 Bet you were too busy staring at her to notice the same cops busting homeless guys in our alley, who were committing all kinds of heinous atrocities against society like Laying Down, and Existing. 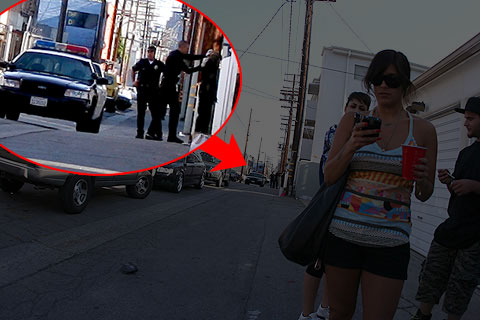