A couple years back, there was this book that skyrocketed to the top of all the bestsellers lists.  It was Gone Girl by Gillian Flynn, a former TV reporter for Entertainment Weekly.  Her novel fell aptly into a fertile literary landscape for Young Adult graduates and newfangled “mommyporn” – a dark and tawdry lacquer on an old, popular format: romance novels.  I read Gone Girl and I wasn’t too impressed.  It was a good read, but cheap and obvious, and it was hard to ignore the predictable turns.  Don’t get me started on how it ends.  But as I was saying, the novel went on to do very well, largely driven by the media and Flynn’s female readership and complainers like me.

And then a film adaptation was announced with rock-jawed Ben Affleck and the Stepford-y Rosamund Pike in the lead roles.  With David Fincher (Seven, Fight Club, The Game, The Social Network, Every Awesome Movie Ever) attached, it was settled.  Now, I had to see.  Gone Girl, the movie, is a near perfect translation of Gillian Flynn’s novel. It keeps everything I disliked about the book intact: the pulp, the foreseeable twists, especially that insufficient ending… but then it also does something brilliant and new. It takes the story’s smudges and sharpens them, exaggerating the caricatured players further, smearing the lipstick so hard that the schmaltzy drama turns grotesque.  That queasy Fincher green tone helps. As does the sublime casting: Affleck as a smug goon, Pike as an unhinged zombie.  What ties it all together is the Trent Reznor / Atticus Ross soundtrack.  Their music is the subtext.  The undercurrent.  The duo go hand-in-hand with David Fincher like Elfman and Burton.

I’m not gonna get into spoilers, but I do want you to notice how masterfully Fincher and his cast and crew choreograph this film – from editing to score, performance to cinematography – to where you almost don’t notice how sordid and poorly written this story really is.

You should probably watch this movie this weekend. You will probably love it.  If anything, it’ll make you question everyone and everything around you.  Even celebrated authors and bestselling books. 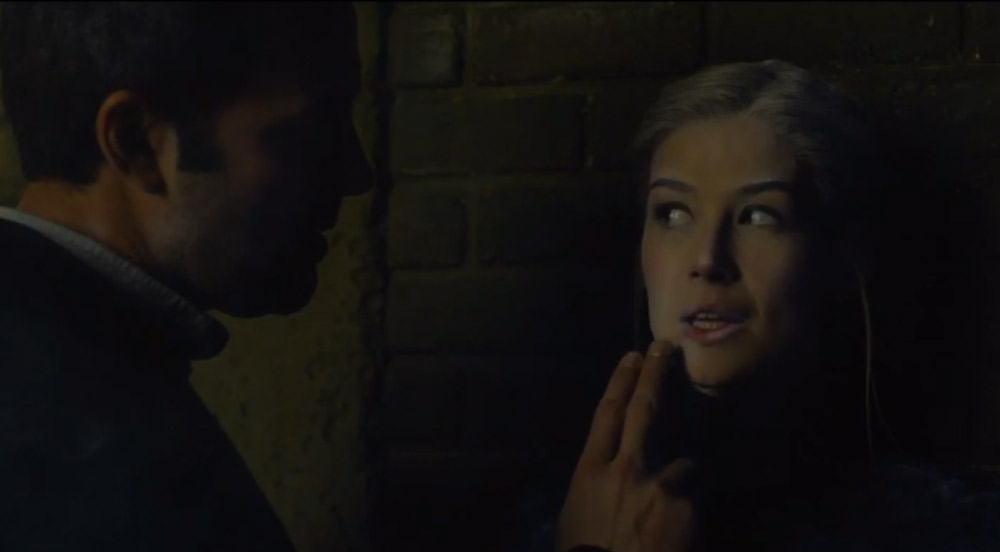 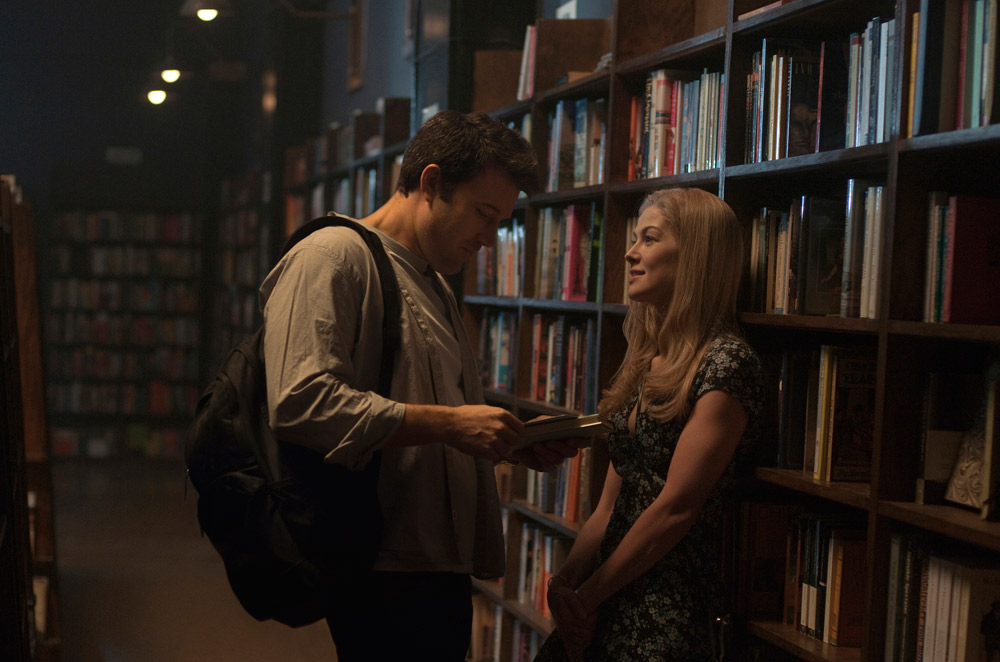