Back before DJs were spinning New Rave techno-vomit and using Apple laptops to make music, they used these ungodly contraptions called turntables and records (which looked like super-sized CDs). Over at the Scratch DJ Academy, Hapa instructs his students on the ancient art of DJing with real-life records. Turns out that watching real DJs is kinda fun, as opposed to watching some hipster kid feverishly typing away on his computer all night.

The Scratch DJ Academy had a graduation ceremony today at REHAB here in LA. There was a full-on bbq and 120 of the academy’s students performing to a massive crowd. Of course, I arrived fashionably late… so fashionably late, in fact, that I missed the end of the party by over an hour. Word to myself. Still, take a look around at REHAB’s one-stop hip-hop shop and sign up for the Scratch DJ Academy while you’re at it. 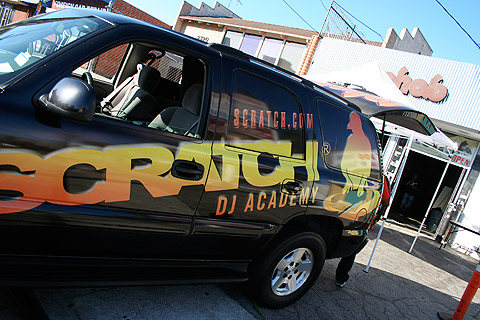 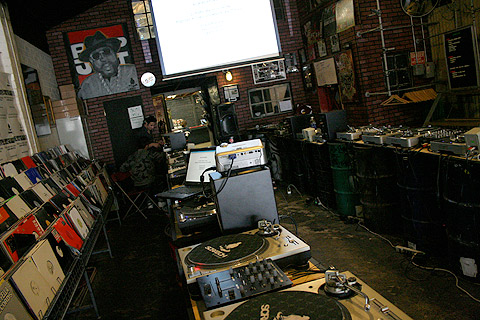 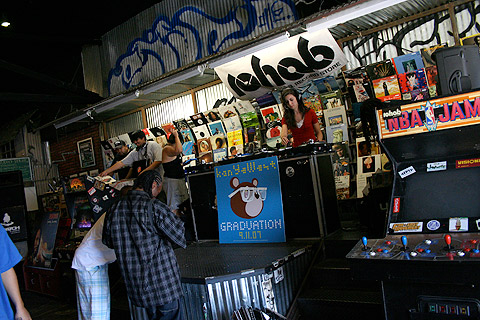 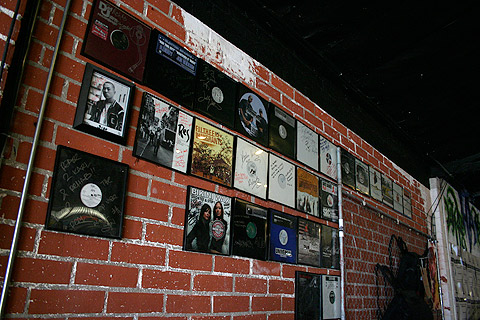