In the latter half of the 20th Century, there was this weird cultural obsession with robot takeover (Johnny 5 anyone?) Thankfully, that’s more or less been sidelined as we deal with real fears like runaway oil spills, internet terrorism, and impending nuclear fallout. *Phew*

Check out this robot. This is one of the good ones, I think. 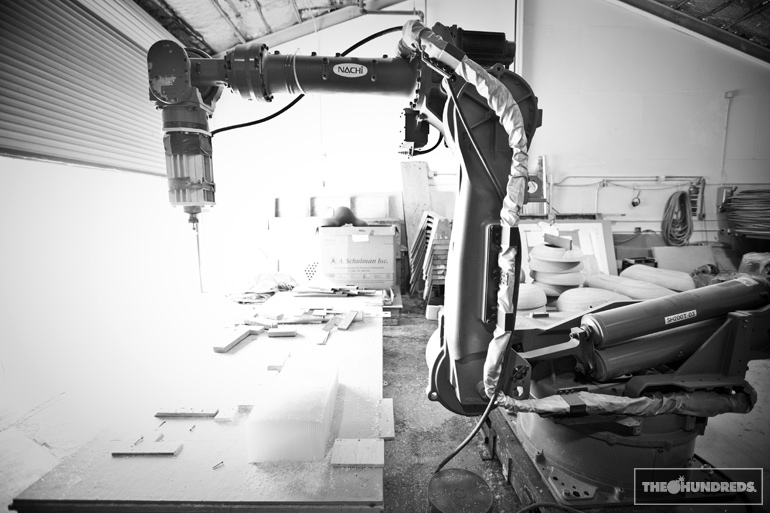 Meet Andreas of Machineous. He’s brilliant, he swooped on these 2,000 pound iron beasts not long ago, for a fraction of their original cost, as the economy buckled and swallowed up the auto industry. These robots in his factory are straight off the Mitsubishi assembly line. That’s right, they used to fuse together doors and seal car windows.

Andreas re-appropriated them, however, to function as architectural design tools. Visionary artists, famous designers and world-renowned builders approach Andreas to help execute their ideas to fruition. Here, he shows a “blob wall” constructed of amorphous plastic shapes. (There’s one of them in the box behind the computer). The entire wall fits together like puzzle pieces, and flows like an undulating organism. Anyways, Andreas used these robots to whittle the individual pieces. Check out the results HERE. 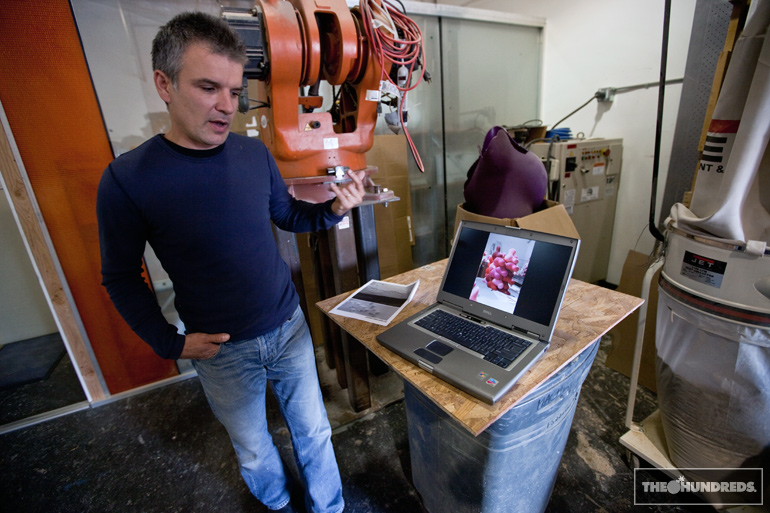 Here, another project underway. Believe it or not, those are stacks of drinking straws. 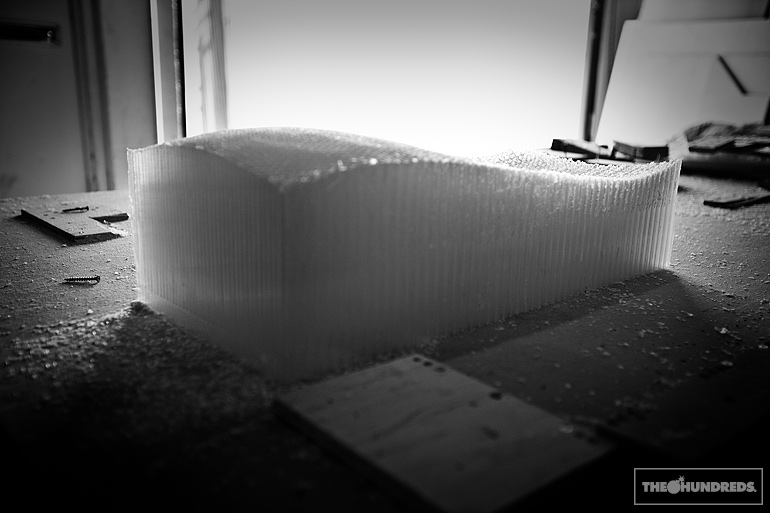 And these, I believe they are being put together for some store. But they are stacks of everyday plywood, glued together, and shaped by the robots as smooth orbs. 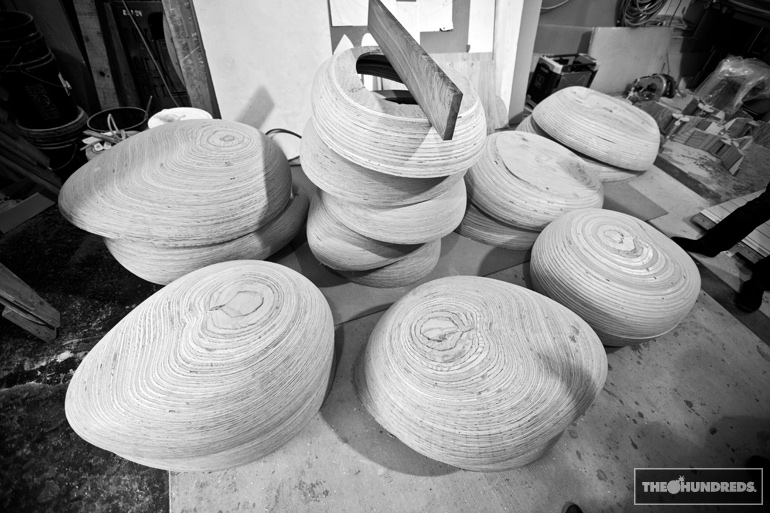 Andreas gets back to work. That machine is the computer/brains behind each robot. Let the robot takeover begin! 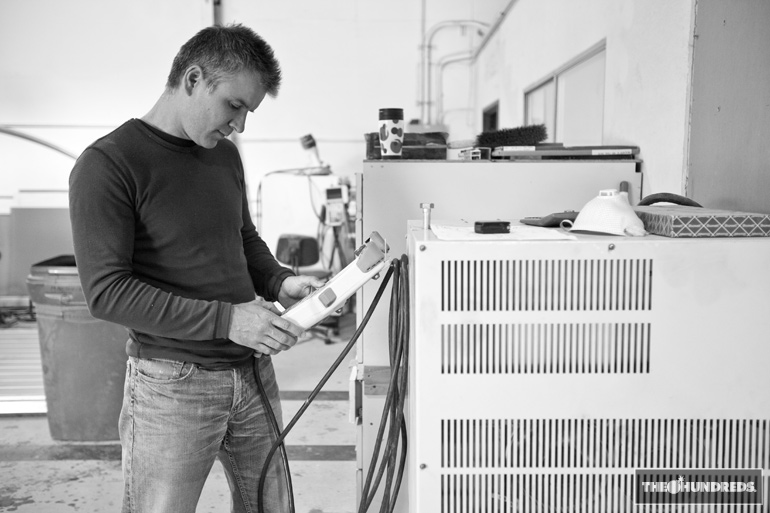