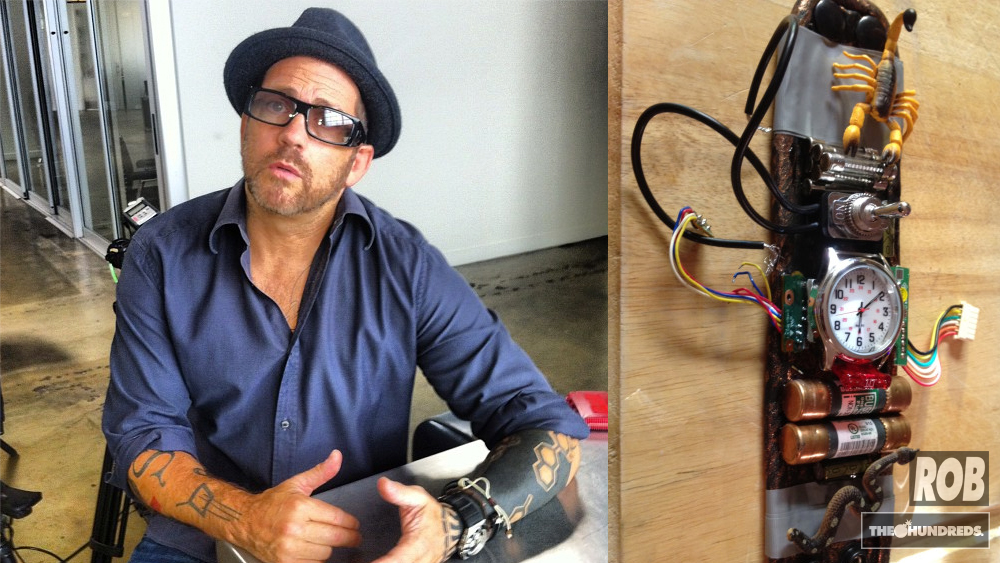 So last Friday a writer from the San Francisco Chronicle writes to me asking if I will make a statement on behalf of Geoff McGann. Who had just been arrested at the Oakland Airport with a suspected bomb making device. The first thing I thought was how terrible to be arrested at such a tragic airport, and it could not be the Geoff McGann I know because there is no reason to ever go to Oakland. As fate would have it, it was the Geoff I knew. The advertising legend. The brilliant artist, photographer, creator, father, mentor,and seven time internatinal  Jiu-Jitsu champion was arrested because of his watch. I have been compared to Mr. McGann my entire life… this might be the first time he has been compared to me! 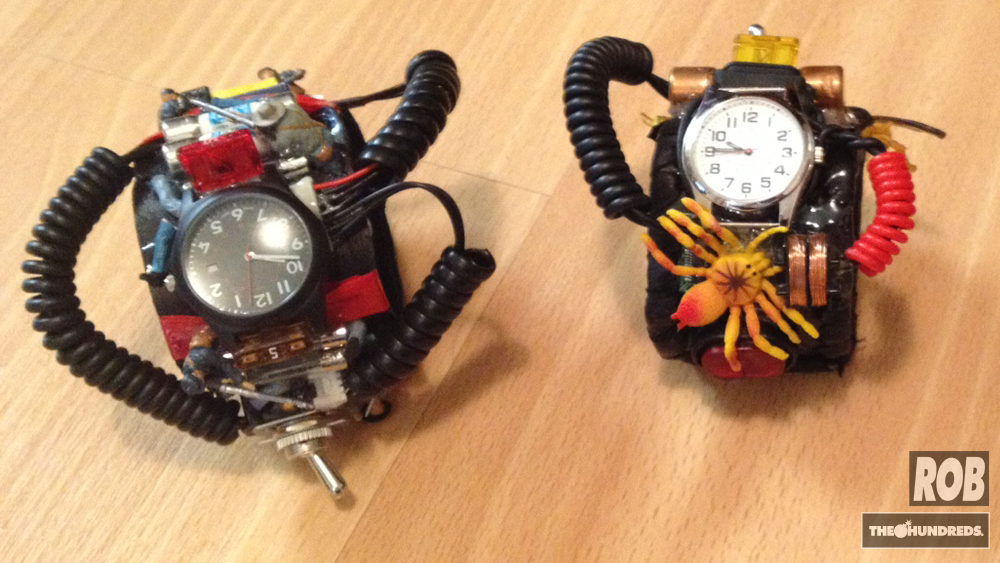 Not just any watch. Geoff’s counter culture humor plays an ironic trick on the everyday timepiece and adds a few wires and toggle switches which can be found at your local hardware store. I wasn’t there… but according to Gawker, Huffington Post, ABC News, CBS, Daily Mail, Every Newspaper, The Radio, blog, TSA, FBI, and the local sherif… things escalated quickly. 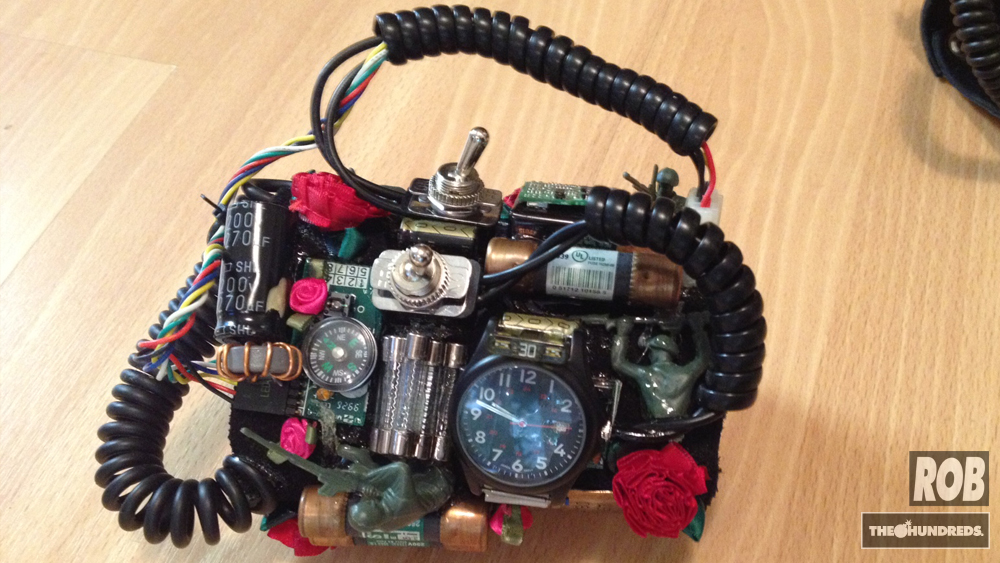 After a rigor mortisly tense 5 days the charges were dropped. I would just like to share the official statement Geoff sent me so there is no confusion:

Geoff McGann had been traveling with these watches for over six months. He went to TSA at Lax the first time he wanted to travel with one to make sure they were ok with this. They told him, as long as youre not trying to hide anything its alright.

So, he put the watch in the bin and thats how he proceeded to travel with them for months, by simply putting them in the bin on the conveyor belts.

This is what he told the authorities over and over again and their only response was, well that shouldnt have happened.

Our issue isnt with TSA. They were doing their jobs. Geoff knew he might be stopped sometime and that he might have to explain the watch as he did the first time he went to TSA months ago.

And to make it worse, they fed the press a story that they knew would paint a terrible picture of him so they could justify the false arrest. They charged him with possession of an explosive device, which they told him they knew it wasnt, and indeed that was the case as there were no charges filed by the DA.

Then, after a couple days in jail, where Geoff was required to post 8% on a $150,000 bail, and had to hire an attorney to defend this. He had to scramble letters from heads of major corporations who have worked with him for years.

He has a familya little girl who hes raised on his own for 11 years.

Hes been an art and communication design teacher for over twenty years. He is the managing creative director at Locomotus, a school that will train minorities for placement into jobs in the communications industry.

This whole process was completely overblown and now hes left to pick up the pieces.

He supports the TSAhe understands that because of the world we live in now, some of our freedoms have to be infringed upon to keep us all safe.

Our issue isnt with TSA here. The Sheriffs department took this way too far and clearly thats accurate because the charges were dropped. 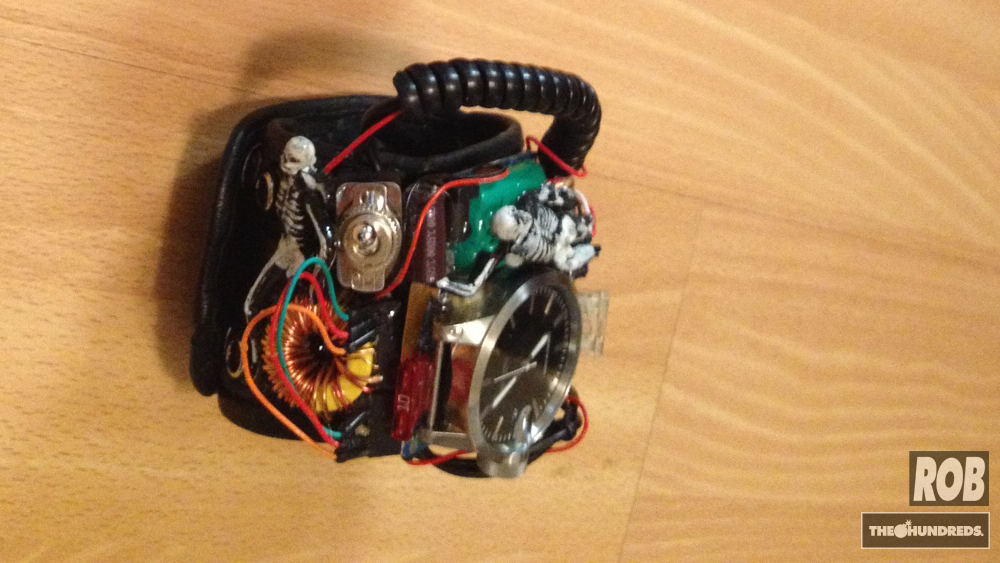 Geoff is also starting an advertising school for minorities and women called LOCOMOTUS. Lucky for you this school is beginning admission soon. Advertising can be a hard game to get into for anyone. If you have been called “creative” or don’t mind devoting your entire life to the most fulfilling career ever invented. If you like saying things like “I own a loft near there.” or “No, thats my second Eames chair, Ben Solomon broke my first one.” Then I suggest getting into advertising.