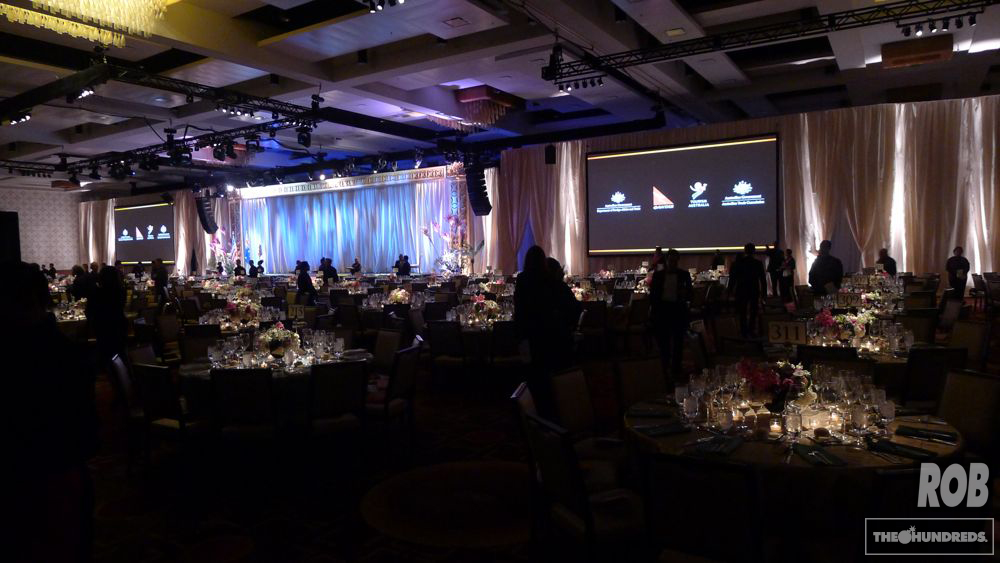 In 8 minutes this place will be filled with leaders of industry and key influencers in government, business, tourism, academia and the arts to successfully cultivate and enhance the long term and deep Australia United States relationship. 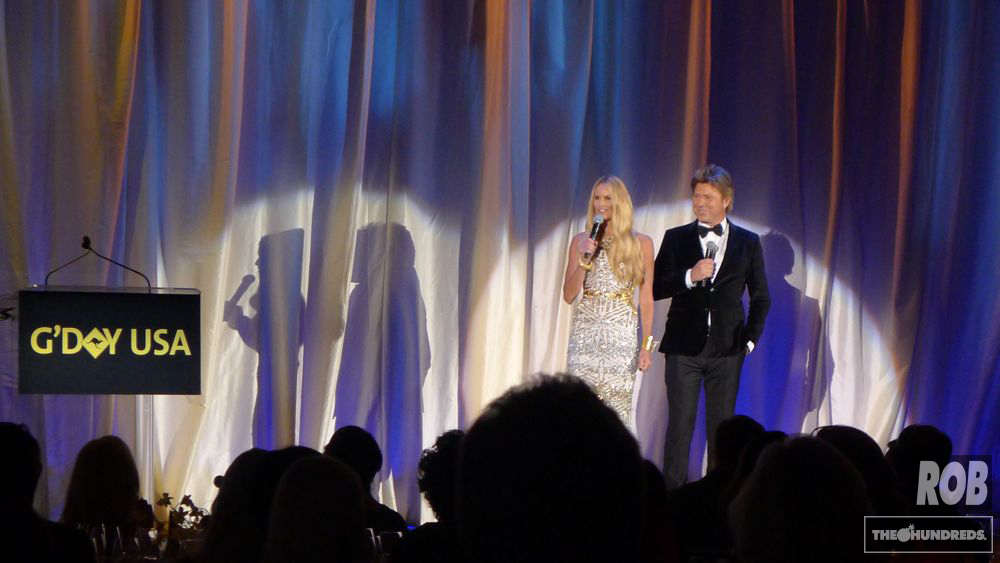 Recently single, Elle “The Body” Macpherson is Australia’s national treasure. She can read a teleprompter at 30 yards without glasses. In 1996 she hosted Saturday Night Live and the band Everclear performed. I saw the lead singer of Everclear at the Whole Foods in Venice once. 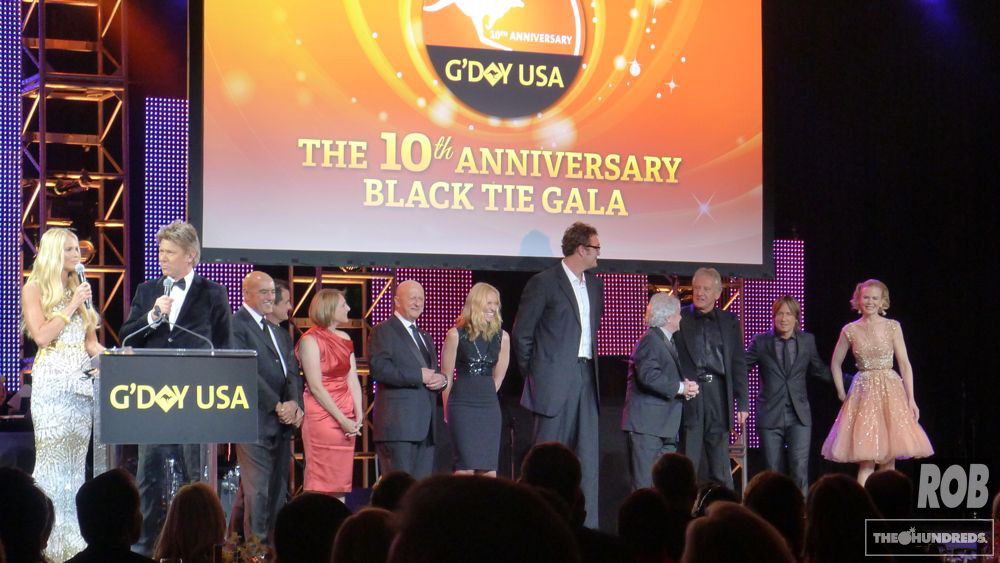 If you try to think of every famous Australian person you know you can prob name a few. The stage quickly filled with people that kept giving you the “oh yeah them too” feeling. Mel Gibson, Hugh Jackman, Nicole Kidman, Keith Urban (Kiwi), That tall guy, Olivia Newton John, the band Air Supply. I’m starting to turn into a busch league paparazzi. 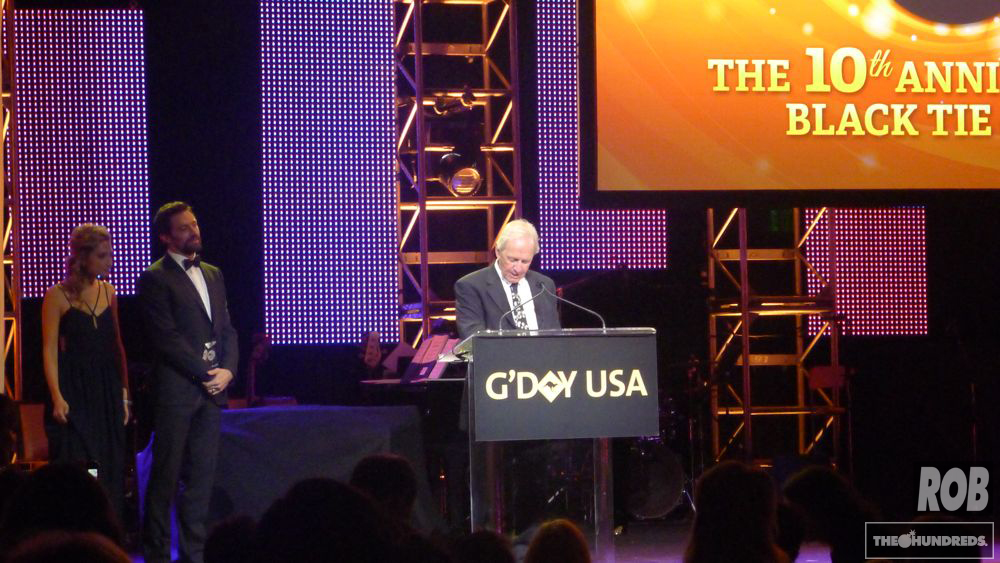 Of course you cannot mention Australia without first referencing Hoges. Paul Hogan has done more for Australia than the lady that owns it. He paved the way for every person in the room, including myself. 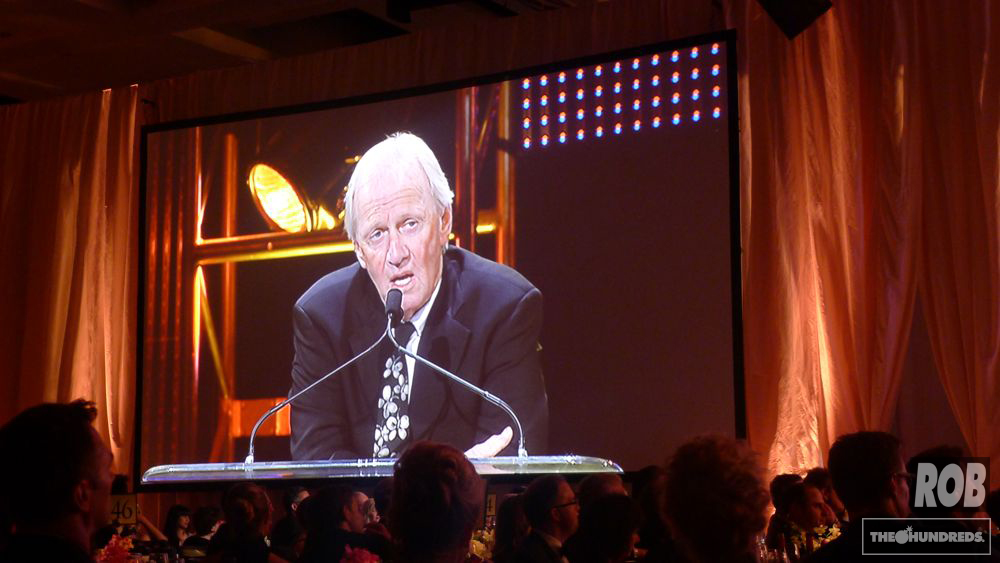 Then he explained what the lyrics of Waltzing Matilda really mean. 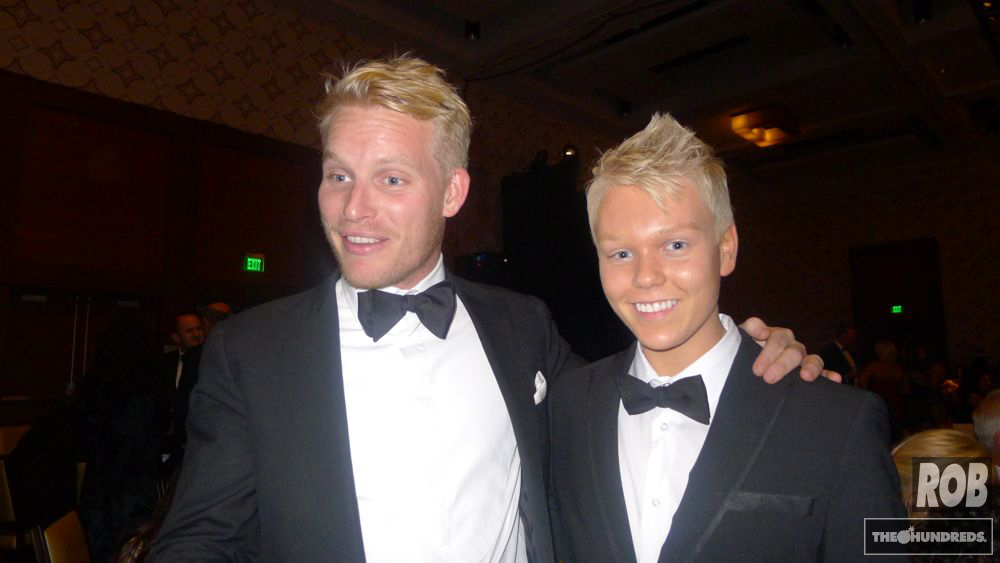 Australia’s clearly got talent! …would be a much funnier joke if you knew the little kid was former Australia’s got talent winner Jack Vidgen. The other kid is just an albino waiter. 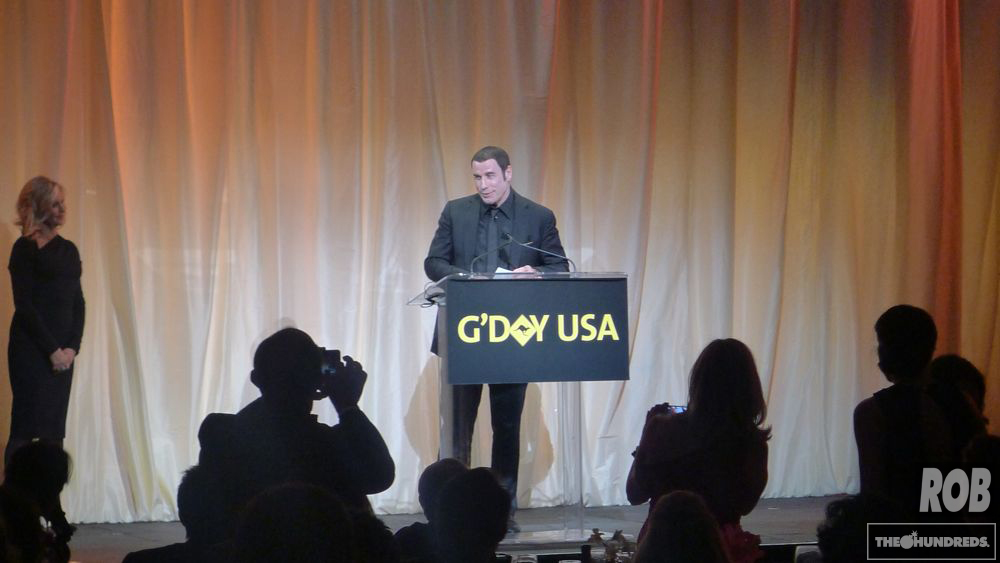 Honorary Australian John Travolta told a great story about his love for Quantas and Australia. I can’t be fucked to tell it now. 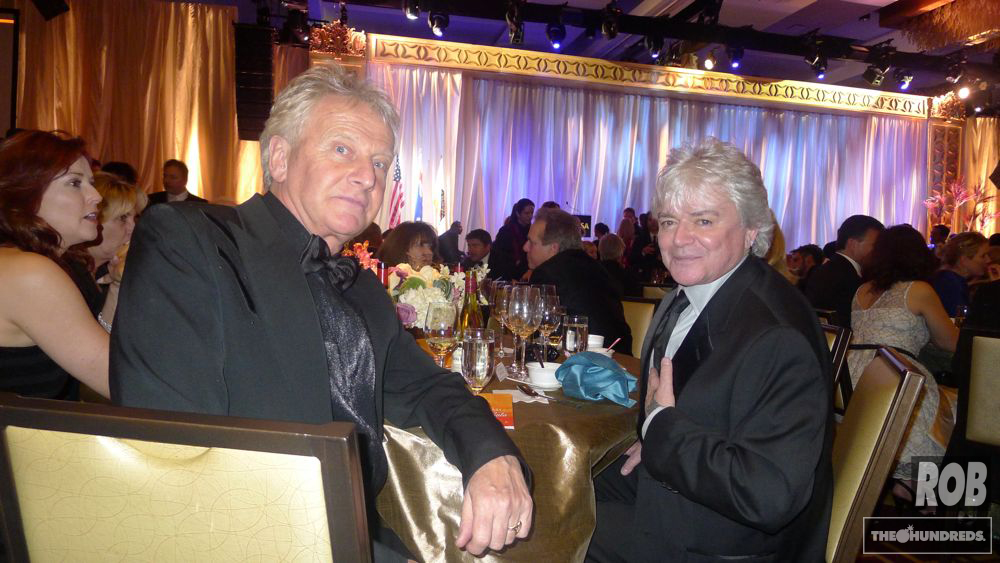 Let’s focus on the shit that matters. AIR SUPPLY! Even the nights are better when Soft Rock Australian legends eat grass fed beef next to you all night. 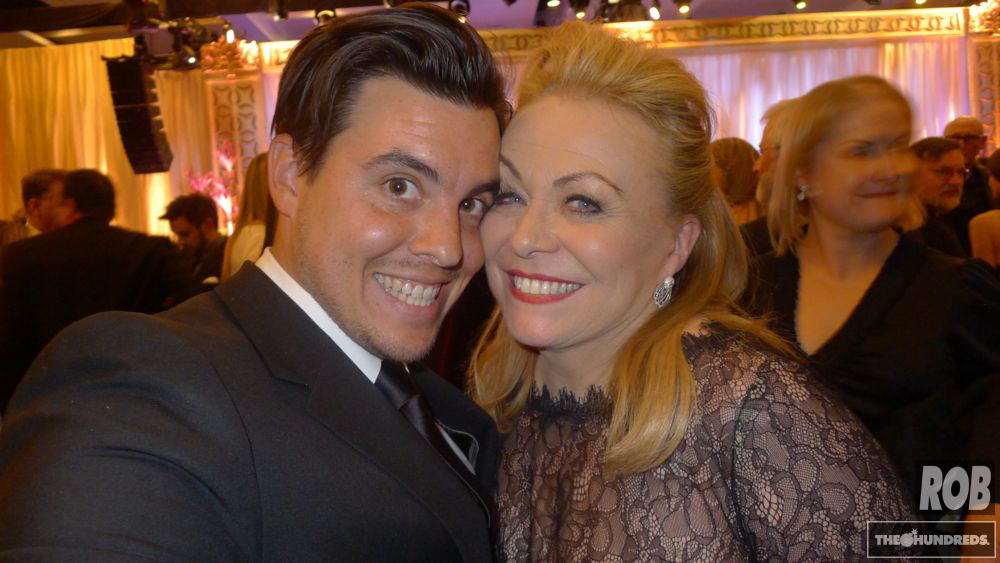 I got face to face with her majesty Jackie Weaver. She almost won an Oscar 2 years ago for the best movie ever made Animal Kingdom. I’m taking bets one her winning this year. XOXO 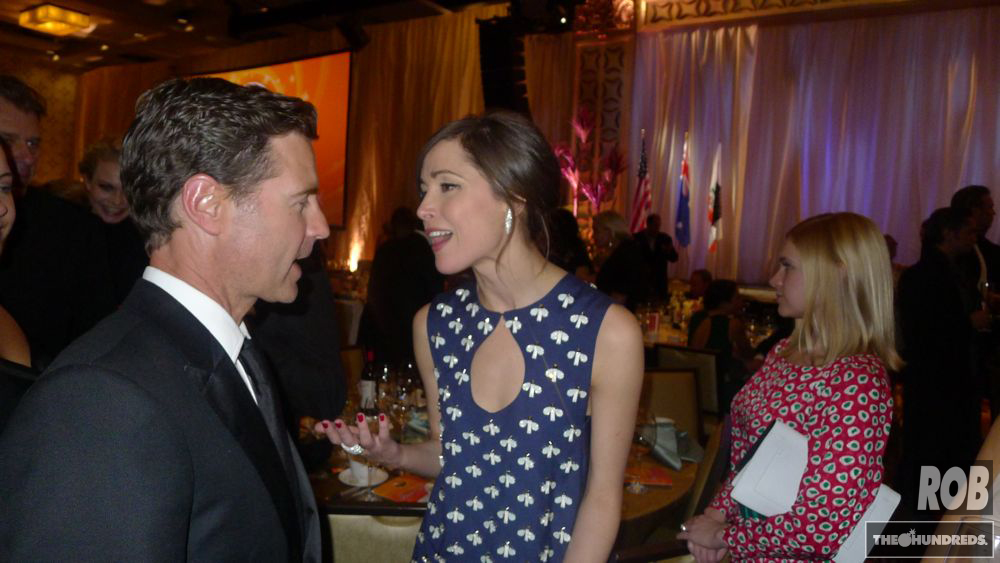 SPOILER ALERT! Rose Byrne, also know as the chick from Bridesmaids, is also from Australia. 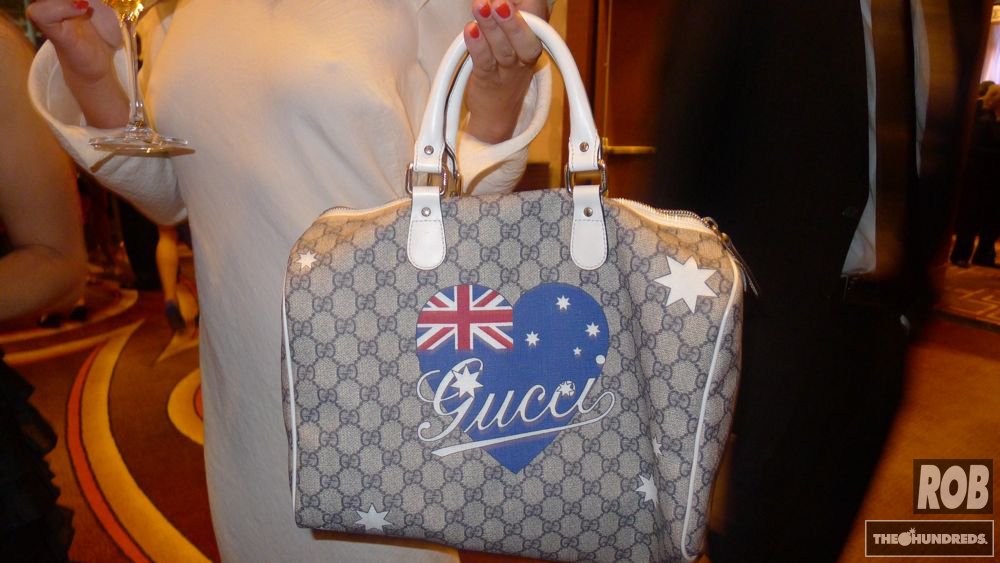 1 of 28 for the launch of the Sydney Gucci store. Is what my research discovered after I accused her of having a fake bag. 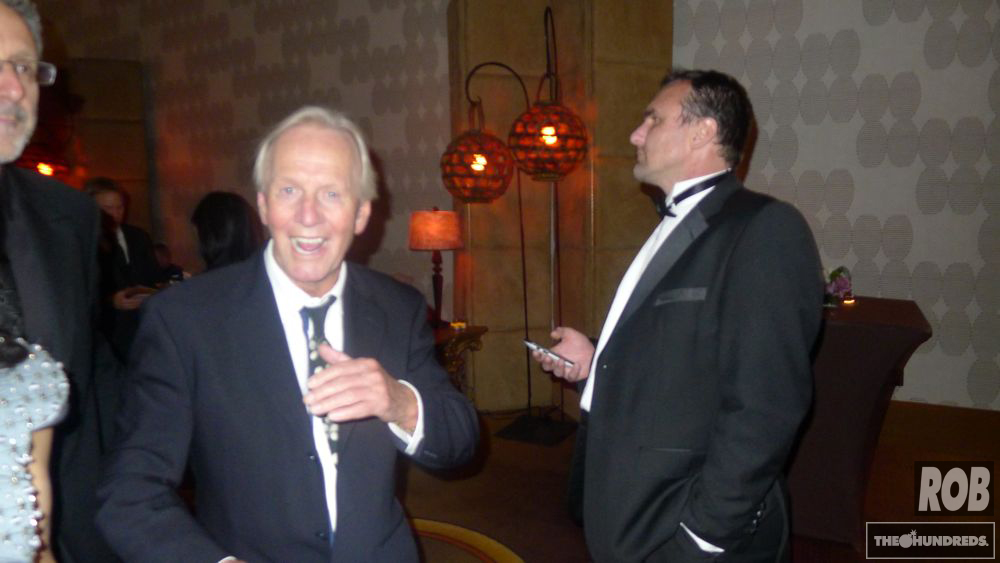 Then Paul Hogan smoked a cigarette and slap boxed with every audience member. 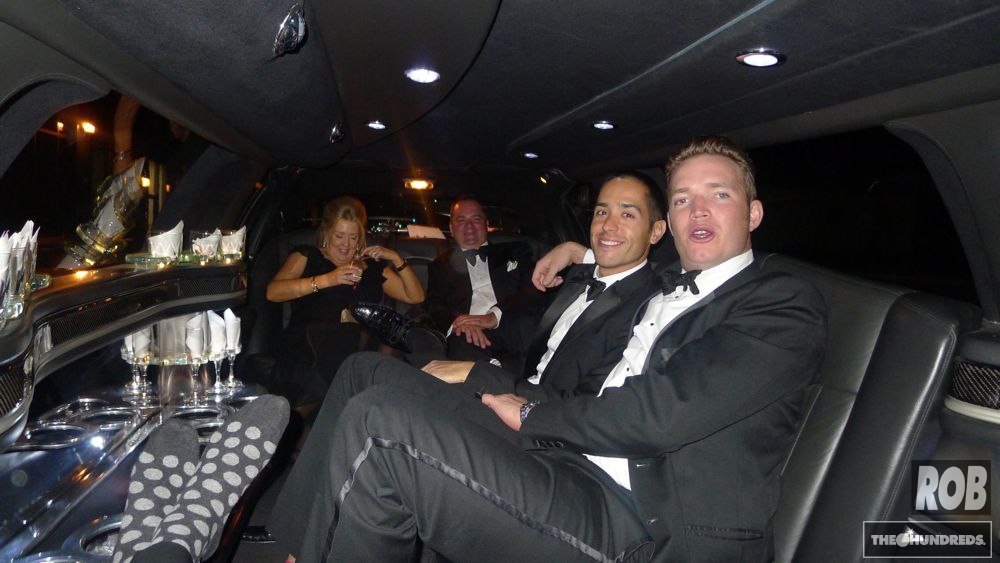 Back in the limo and on to the next one.