Look out! FYF Fest – basically known as Coachella in the making – just revealed its 2015 lineup. Featuring performances from big names like Frank Ocean and up-and-comers like BADBADNOTGOOD, the lineup looks to be a beautiful balance of Davids and Goliaths. Meaning that there’s actually a chance the crowd’s will be tolerable. But the real reason to go? King Gizzard and the Lizard Wizard. No, I’ve never heard a single note they’ve played, but with a name like that they’re bound to be the best act.

Tickets for the festival go live on May 8th, 2015. So be sure to stay crouched on that laptop or else you’re going to miss it. 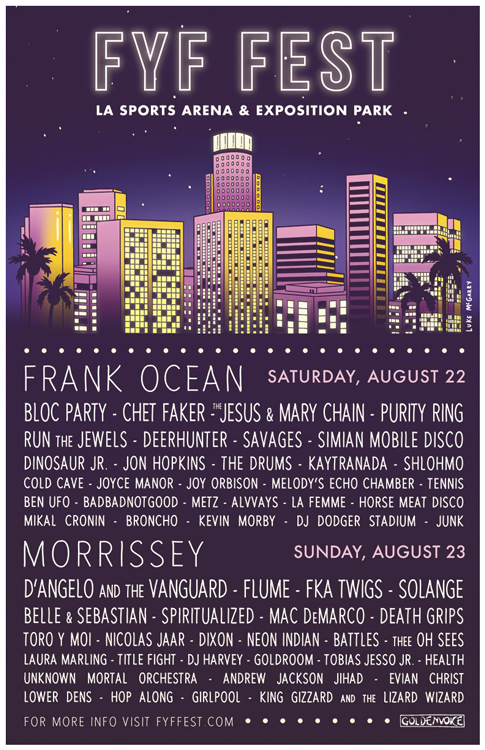 THE OUTSIDE LANDS 2015 LINEUP JUST RUINED EVERY OTHER MUSIC FESTIVAL