Fool’s Gold Day Off, the traveling festival thrown by the iconic New York label ran by A-Trak, has just announced this year’s lineup. Starting on the 7th of September, the annual Fest will debut at 50 Kent and continue to push forward its mission of presenting electronic and hip-hop acts together. Featuring such acts like Meek Mill, Skepta, Falcons, and Post-Malone, this September session is poised to be the biggest this far in the festival’s history. 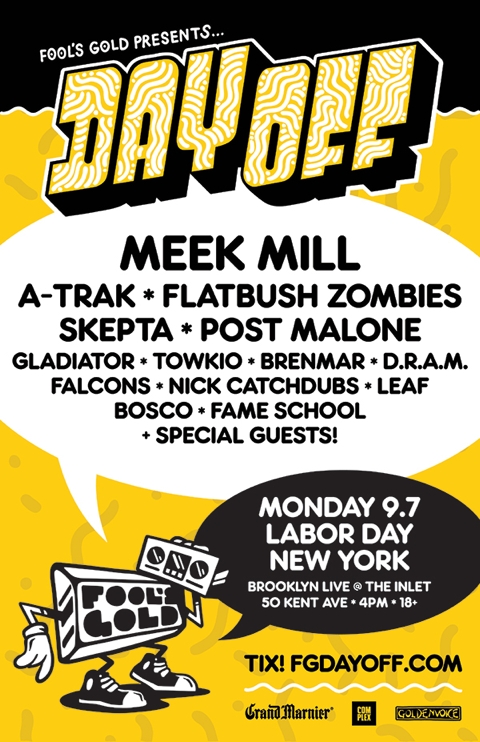 Visit fgdayoff.com for tickets and see last year’s coverage of the event on thehundreds.com below.