If you’ve heard the name Vizie, it’s probably because of graffiti, but these days you’re more likely to see work he’s created on a computer: He’s been building a new identity for himself with a focus on illustration and screen printing. After the death of his brother and birth of his child, the artist’s world took a drastic turn. He reprioritized and scaled back, put down the spray can and gave up his studio. And while he’s had to focus on bread winning, it’s opened up a new outlet for creativity and ushered in a fresh period of exploration. 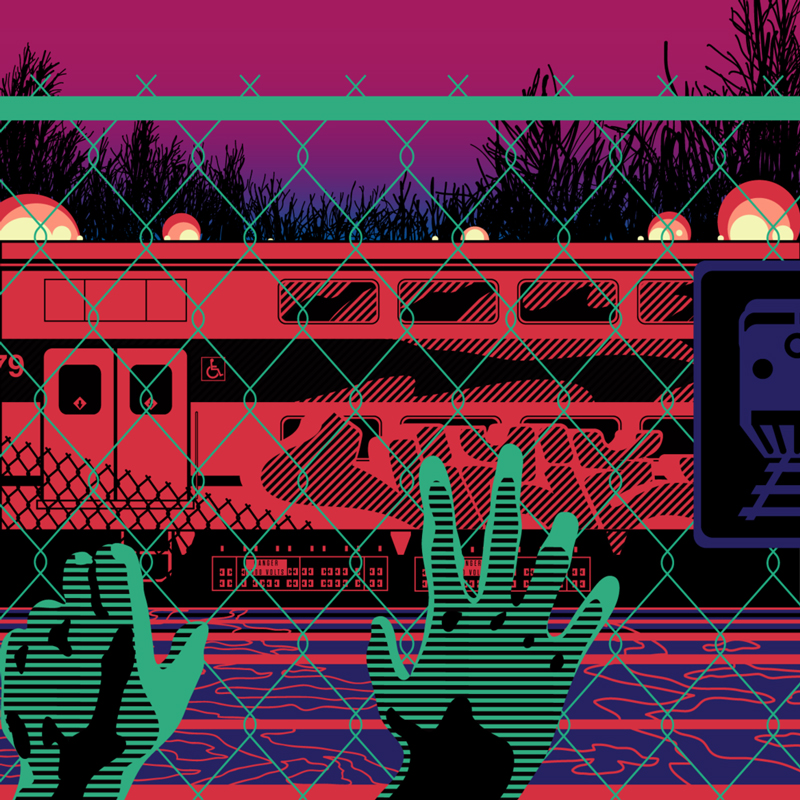 This new body of work is all ’80s noir, full of fluorescent colors and pop art references. Vizie zeros in on late night city life in first person view. They’re solitary but not lonely, fun but often ominous: We find an empty dancefloor and a matchbook with a girl’s number in it, a deserted subway car at the last stop, and a driver parked beneath someone’s apartment window. While the colors are stark and the designs minimal, he manages to create depth by sectioning off scenes with halftone dotted shading, gradient fades, out of focus lights, and the use of mirrors. 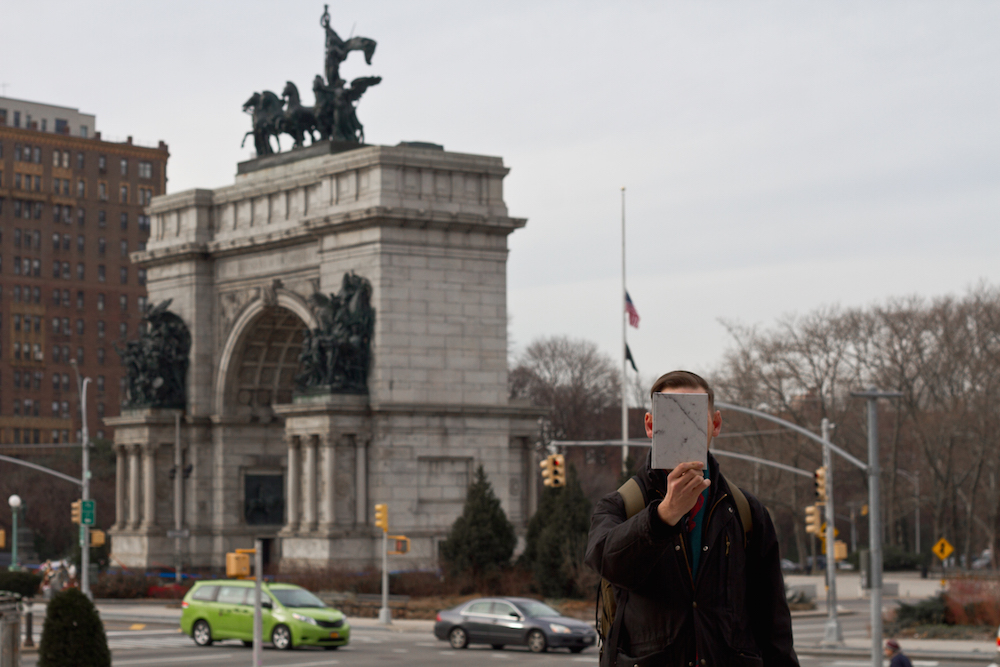 While the work is purely digital, he sees the online versions as unfinished products, as designs meant for printing. “It’s cooler to see my work out in the real world and not living on the screen, where it doesn’t feel done,” he said. “I like having stuff you can hold, and fluorescent colors are something that you can only experience in person. You have to see it under blacklight. It’s an environment in its own.” In the absence of a personal studio, he gets his work done within the grand, ornate architecture of the Brooklyn Public Library’s main branch. He even reserved a meeting room for this interview, an option available to all you freelancers out there. 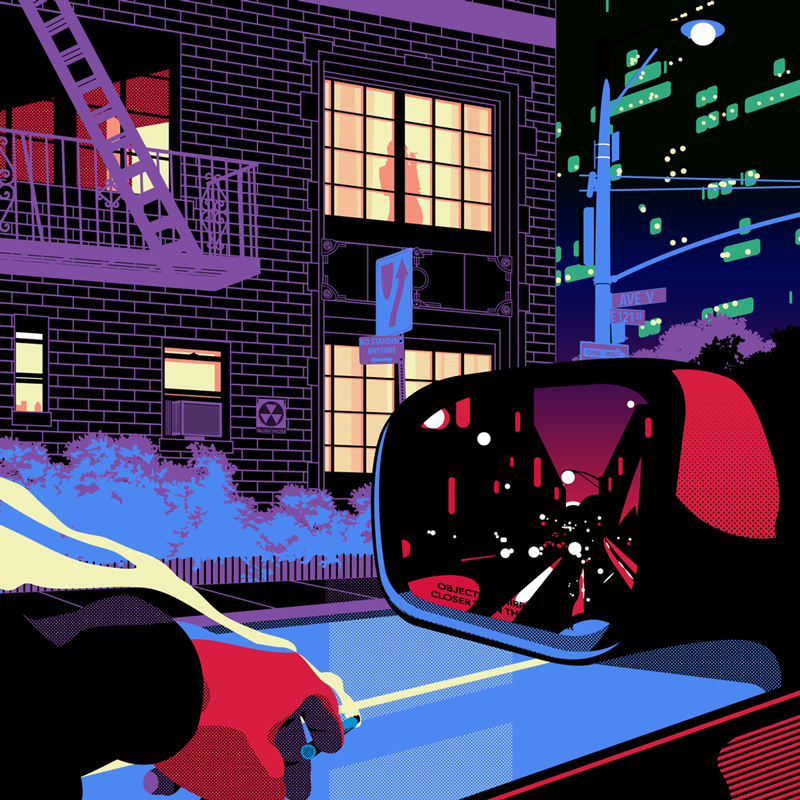 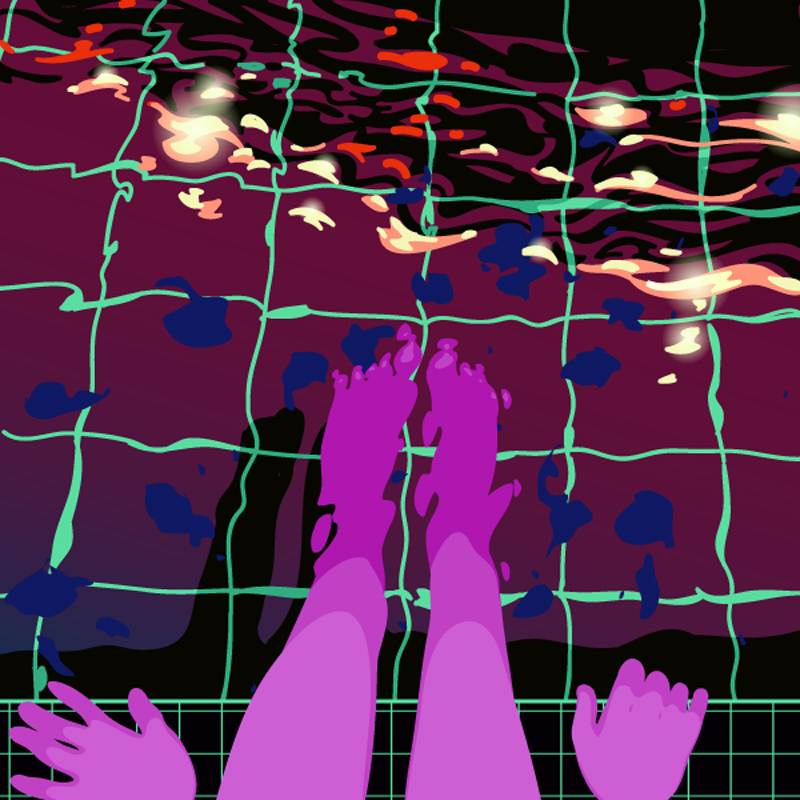 The 34-year-old has been surrounded by art all his life. He was raised by an architect father and a mother who studied design, and he went to high school at Houston’s High School for the Performing and Visual Arts (yes, that is Beyonce’s alma matter and no, he didn’t know her). In college he studied fine art, photography, and printmaking in Kansas City and San Francisco before finally moving to New York 10 years ago.

For all that exposure, he never really used a computer for art. Up until a few years ago, he only knew Photoshop and not Illustrator, which he relies on now in combination with a Wacom tablet. His pieces start as photo collages–mostly his own–which he strips down to bare bones and then stylizes. Once finished, he sends them to Burlesque Design in Minneapolis for printing, who screenprint them in runs of about 100. 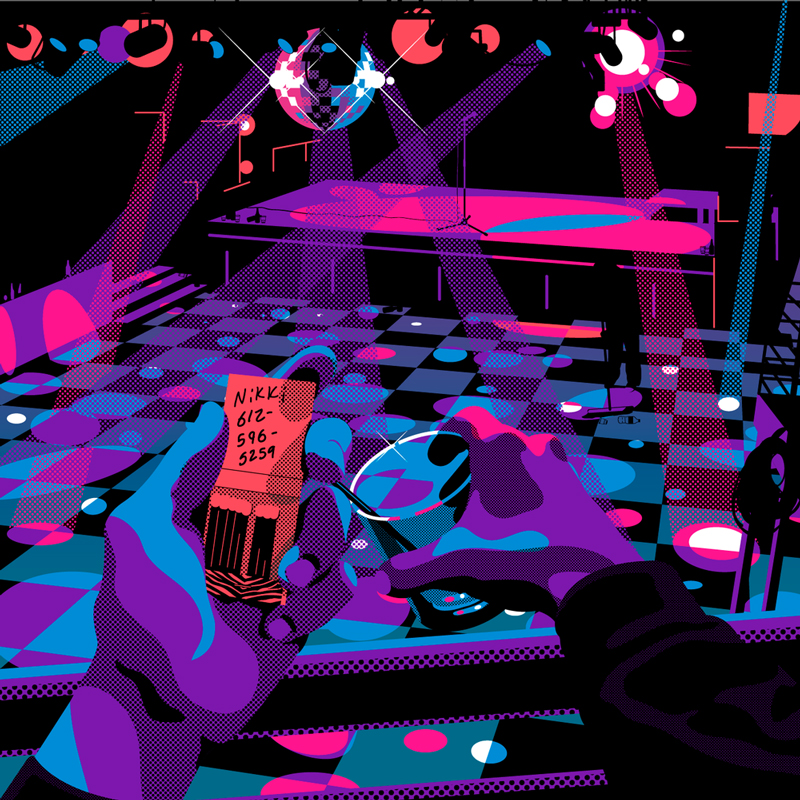 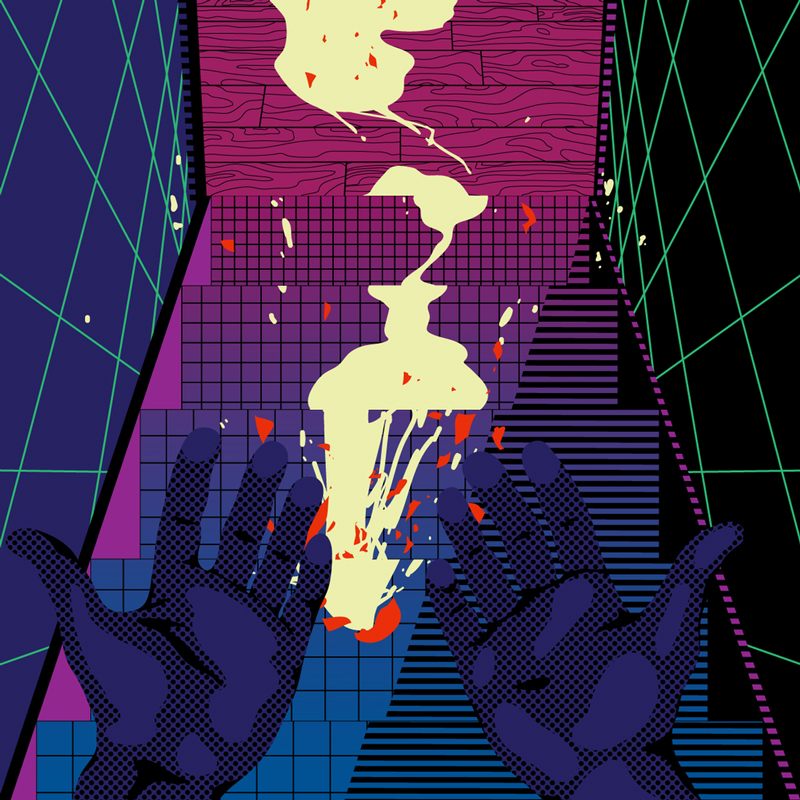 Going digital may have been unnatural for Vizie at first, but it’s become his main outlet. “It was like learning a new tool and means of expression, but it’s taken over my brain,” he says. “The illustration work is this whole other path and I’ve been trying to bring it all back together, but I haven’t made the connection yet.” 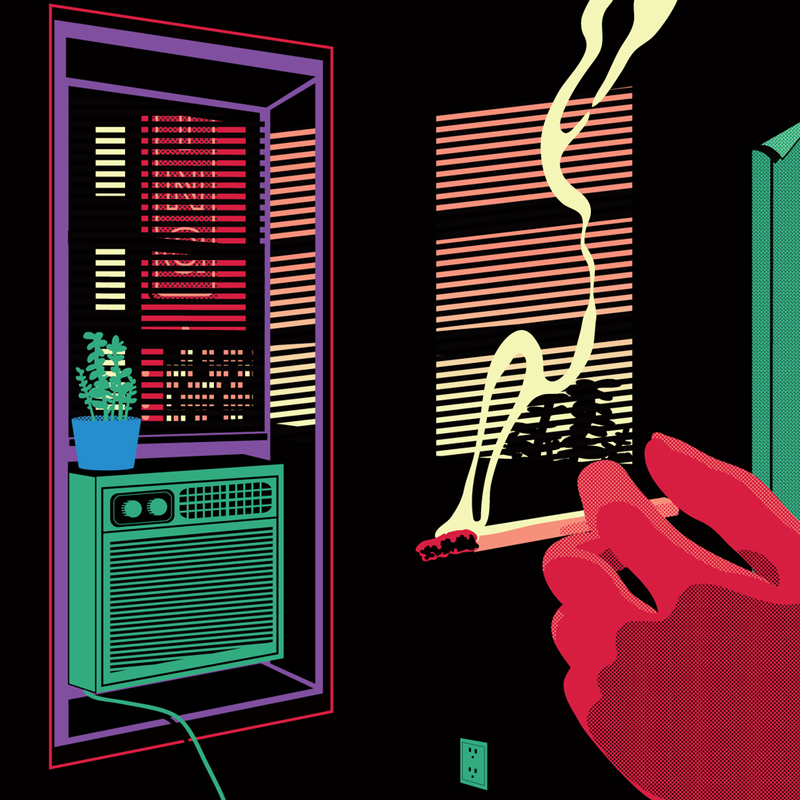 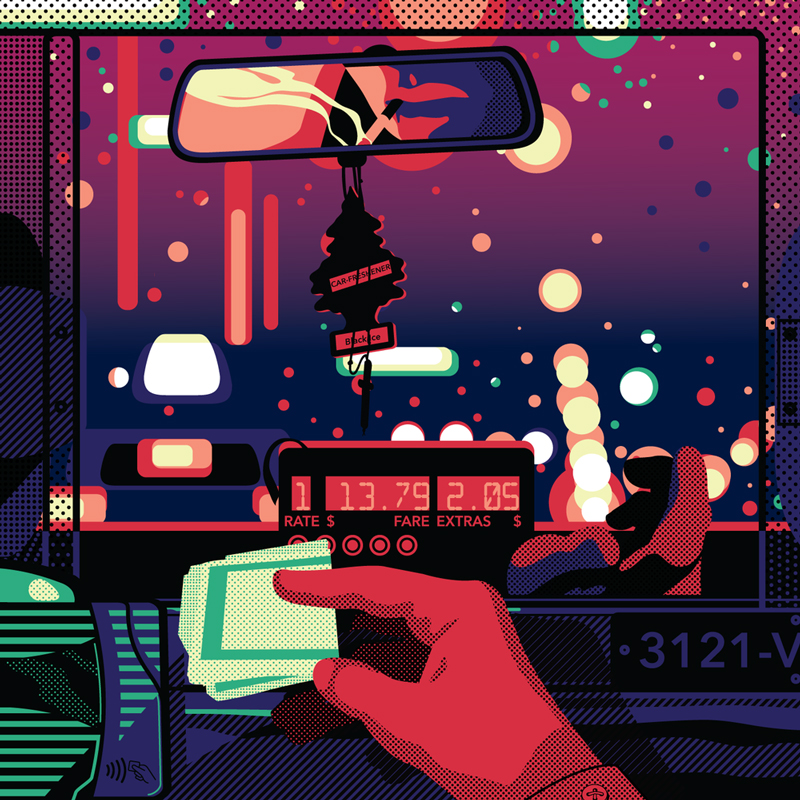 He’s also looking forward to reconnecting with his graffiti roots down the road: “I have a lot of fun doing legal walls. It’s like golf for me. It’s my stress relief.”