I did 2 things today that I’ve never done in my life. 1) Stepped foot in a city called Downey. 2) Visited the set of Yo Gabba Gabba! to watch them film another awesome episode for their 3rd season. 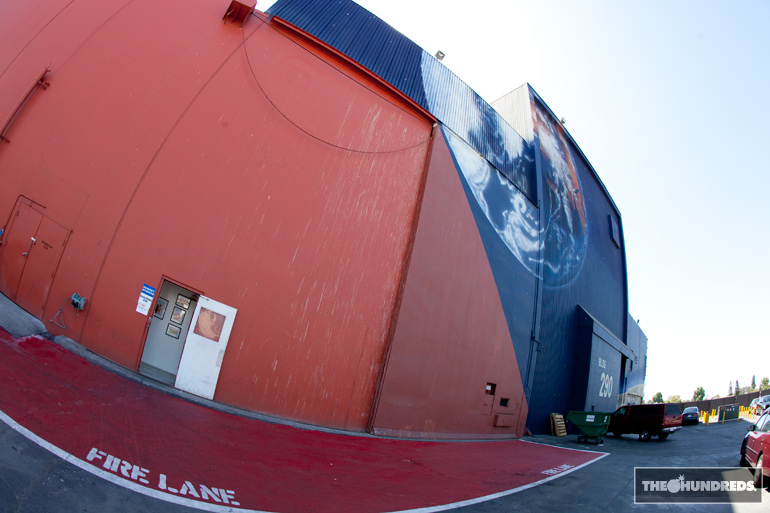 I’m pretty much not allowed to talk about anything that happened today. I can’t show any of the mindblowing photographs from behind the scenes, the costume designers, the crew imagining, making up stories, creating props and otherworldly environments out of scratch. I’m not allowed to talk about what it was like to see and touch the characters in their televised environments, the featured guest stars on today’s episode, or any of the bands the Nickelodeon show has slated for the rest of the season.

I’m not even sure if I’m allowed to post these photographs from the studio backlot. They film Yo Gabba Gabba! inside the same warehouse that they used to make spacecraft out of. Like real space shuttles. These 2 pods have been in outer space and are now just collecting dust next to a baseball field: 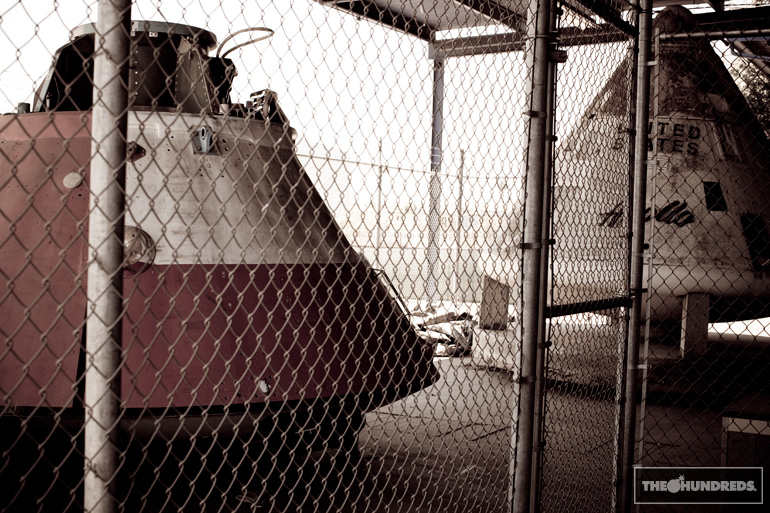 On set I ran into my old friend Ben Clark who is their staff photographer. Because the studio cameras can pick up the faintest clicks and beeps from photo cameras, Ben’s got this crazy rig boxed around his Canon to muffle the sound. It’s like a camera silencer and only 1 guy up in Hollywood makes ’em for the few photographers who need to shoot completely silent photography. 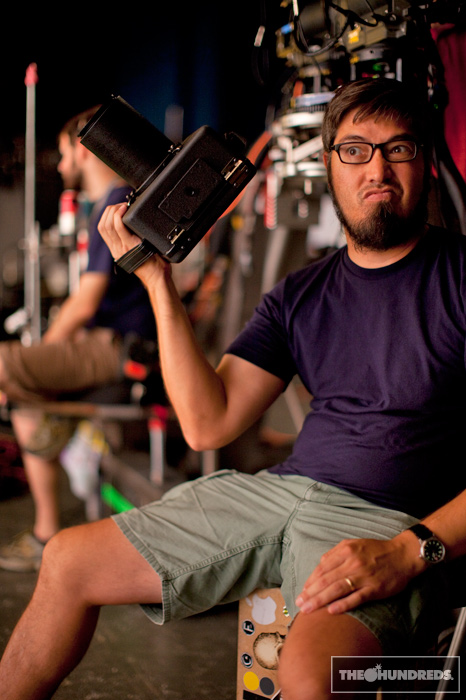 Yup, that’s about it! Wish I could show you guys more of Yo Gabba Gabba! but then I’d have to kill you all. 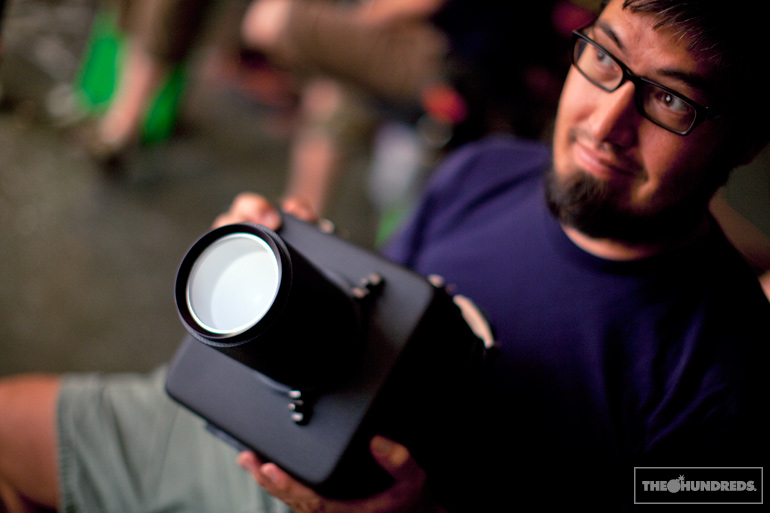