I was visiting friends in Brooklyn last month and stopped by one of the old rooms I used to crash at years ago. In its place was now a music studio and something that really caught my eye: a blurry Slayer flag, an ashtray, and what seemed like traces of cocaine on a table. But it wasn’t a drawing or painting—it was a tapestry. My friend Mickey told me that his friend, artist Erin M. Riley gave it to him and I should meet her and check out her work. I still had a few days left in the city, so I caught up with this extremely talented and humble artist at her studio in Brooklyn where she basically spends an insane amount of hours buried under tons of wool and cotton. Look out for her upcoming shows at Brooklyn’s Kinfolk. 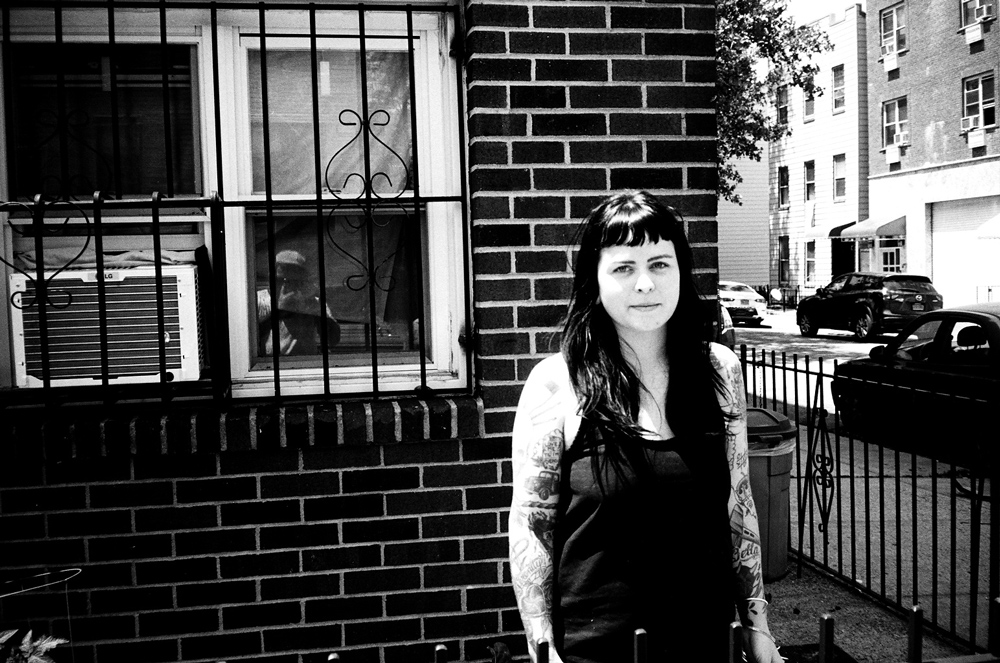 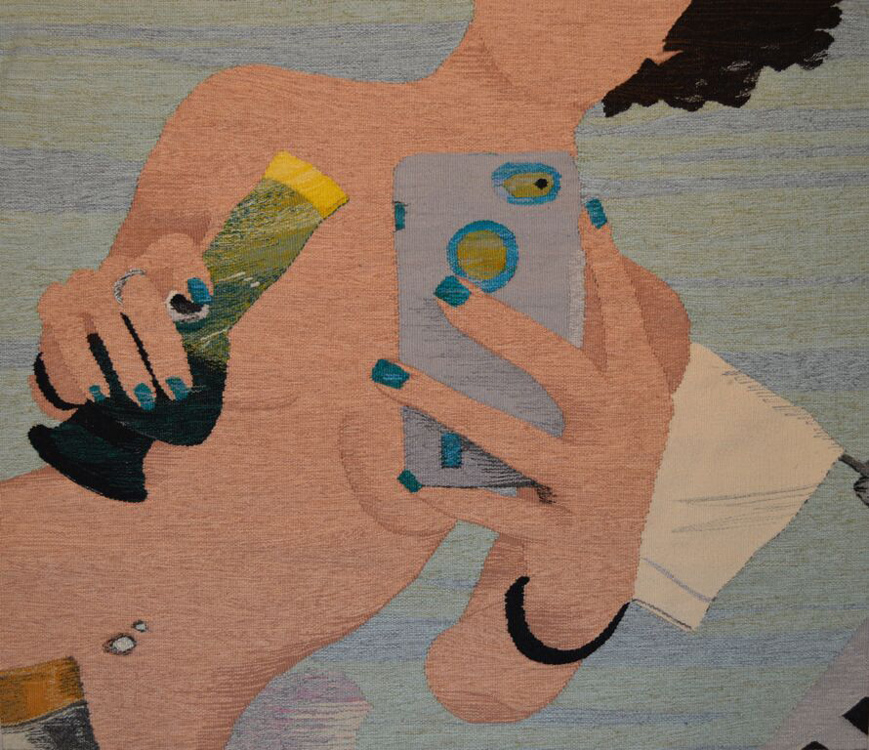 I guess everyone’s question is the same when they see your work. How many hours do you spend weaving a piece once you figure out what you want to make?
It’s a question that most people ask and I have yet to actually track how long a piece takes from start to finish. But generally, I can finish a medium sized piece in 80-90 hours. When I am working on an upcoming exhibition, I spend about 12-14 hours a day weaving and can finish one piece in a week. My most recent huge piece took me a month, June 5-July 14. 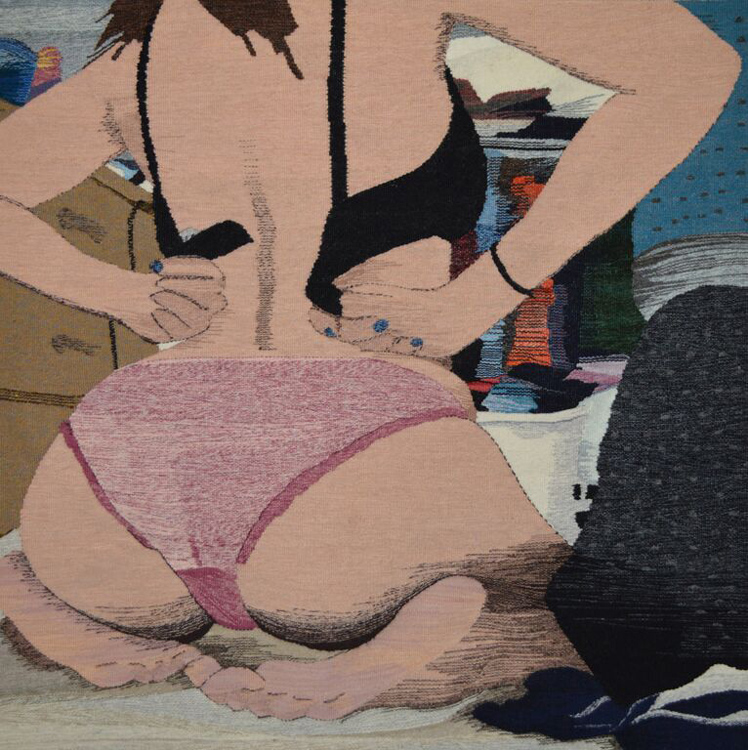 You are one of those “educated” artists that have actually known what you’ve wanted since your early teenage years and went to school for it. I kinda have to ask, why tapestries? Was there any family influence behind it?
For me, art was one of those things that I started getting into out of necessity; I was a loner and my sketchbooks were my friends. I learned about the idea of art school through my art teacher in high school and never really questioned that concept. I had been sewing since I was 8 and painting and drawing all throughout high school, so I was wrestling between painting and fashion design as my major. When I found out that a fibers department even existed it seemed like the perfect in between to use all of my interests in this vague major. Weaving was something that was required and taking it as a freshman in college changed my trajectory. I had never seen a loom, no one in my family was in the textile world, it was just something I felt connected to.

How long have you been doing this and did you ever think you’d be taking it to this level?
I learned weaving in the spring of 2004, and have been doing it pretty much everyday since 2007. I never in my wildest imagination thought that my work would eventually be supporting me in any capacity. Art was always a bad life choice, no one ever recommended it in regards to surviving and it hasn’t been easy. I am a really stubborn lady so I spent many years paying my dues, exhibiting, pretty determined to just do what I want. I grew up surrounded by people working jobs they hated, stressed, buying things they couldn’t afford and being slaves to debt so I was determined to live a simple life, be happy with less so that I could pursue my art. 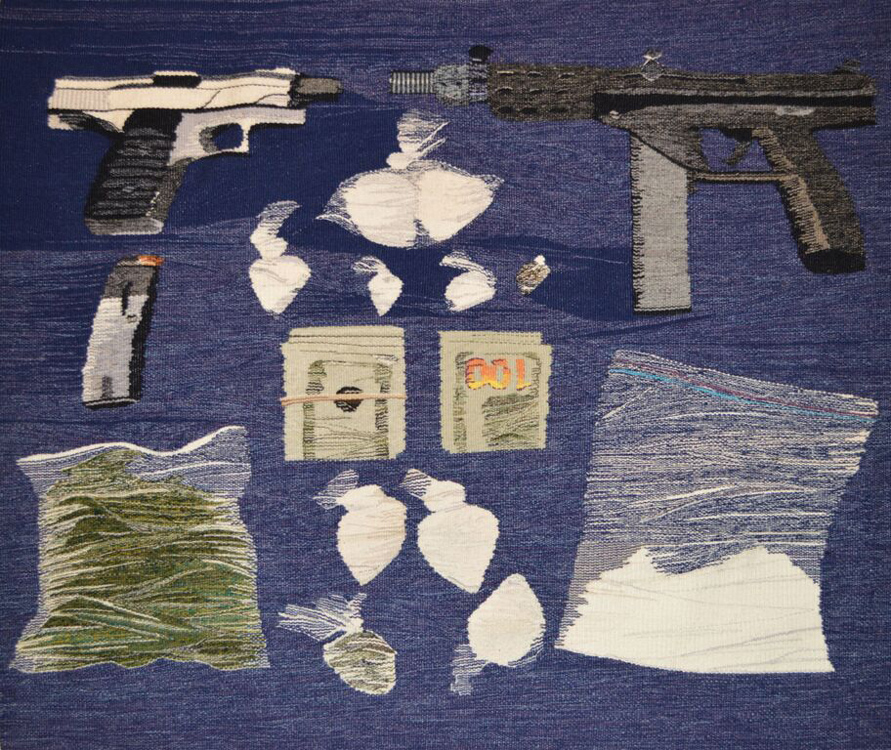 So you are currently working on your biggest piece yet. How big is it gonna be and where are you gonna show it?
This summer is all about making whatever I want and seeing how it goes. I have been exhibiting pretty regularly for many years and galleries tend to have a say in what you make so having a break from that is allowing me to take some risks and do the work I have had on the back burner for a while. I am excited to see this stuff together once a few of them are finished, one or two might head to an upcoming exhibition at Alfred University but I don’t have any solid plans for the new body of work.

“I was determined to live a simple life, be happy with less so that I could pursue my art.”

When I saw the selfie series on your Instagram, it hit me as a way to immortalize all those nudes we lose every time we get locked out of our iCloud.
I have yet to be locked out of my iCloud. I still don’t really understand the “cloud,” but I can remember when old flip phones or sidekicks used to die and all the photos would disappear with it. When I started that series, I asked old boyfriends for the pictures I sent them but they didn’t have any due to the technology back then, or because new girlfriends made them delete their nudie stash. 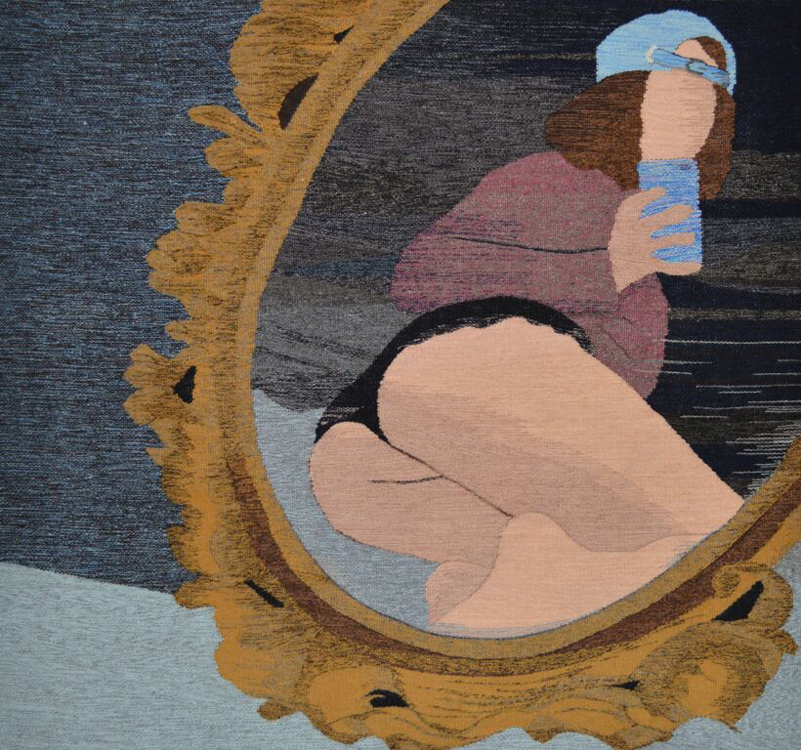 Do you have any upcoming shows and ideas of what we can expect?
I have some work in an upcoming exhibition at Alfred University; it’s a three person exhibition focusing on textiles in which I will show some new big pieces. Otherwise I am currently just working on some smaller pieces for an upcoming group show at Kinfolk here in Brooklyn, New York, that opens in August and another group exhibition at Fecal Face Gallery in San Francisco, California, in September. 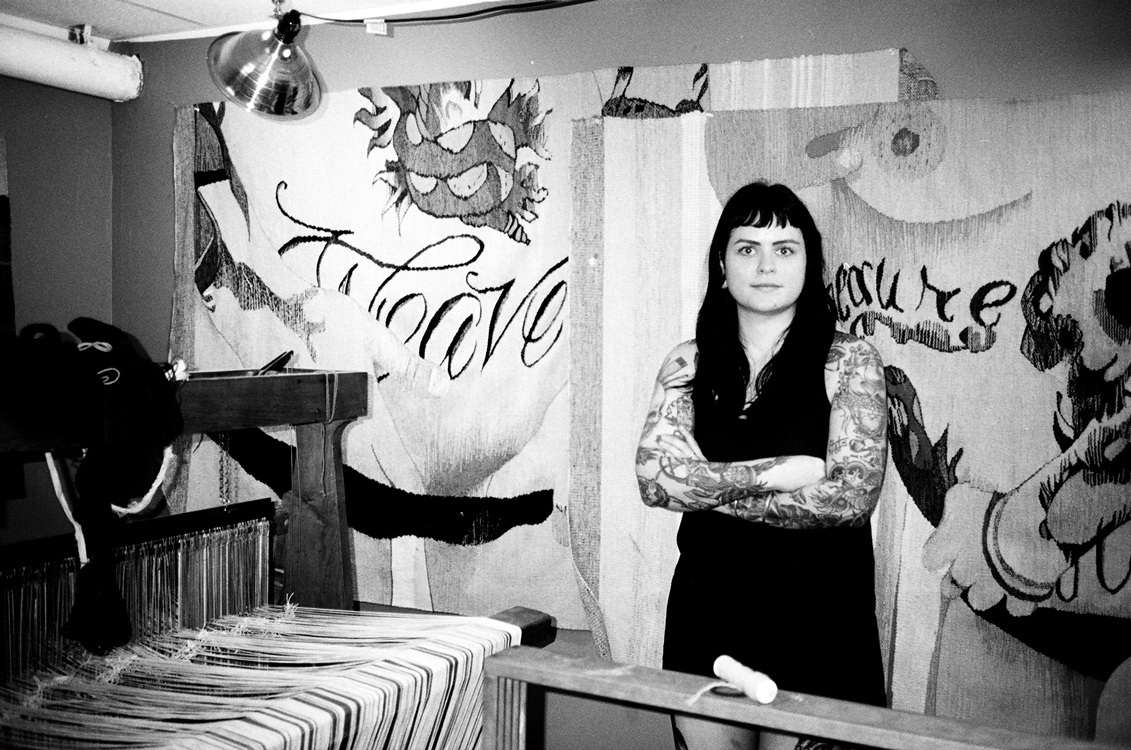 You can find Erin here or check her out on Instagram.

IN THE STUDIO :: CERAMICIST BEN MEDANSKY

Storytelling Towards Meaning :: A Visit to the Studio of Artist Jason Jagel