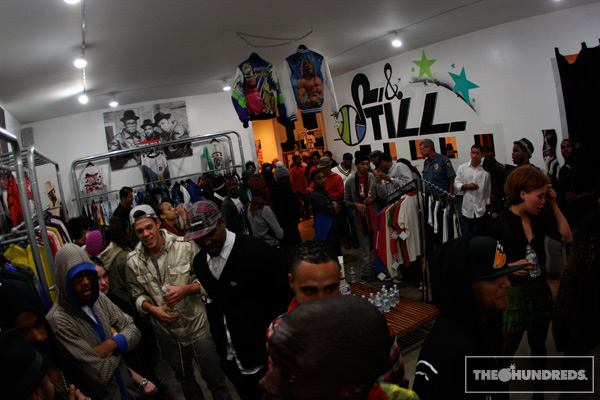 FYI, I ate a bucket of Yogurtland’s Butterfinger creamery with DJ Gomez Warren IV before we got here. Just in case you were keeping tabs. 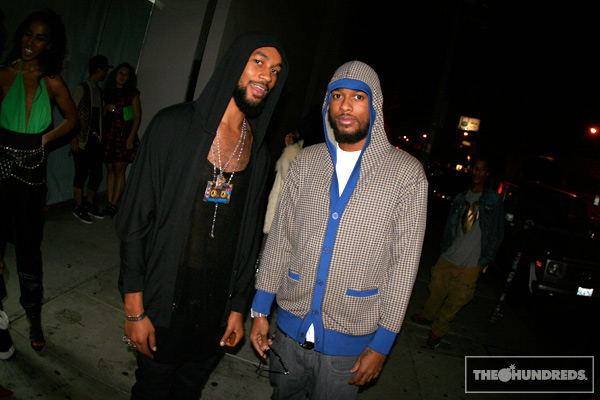 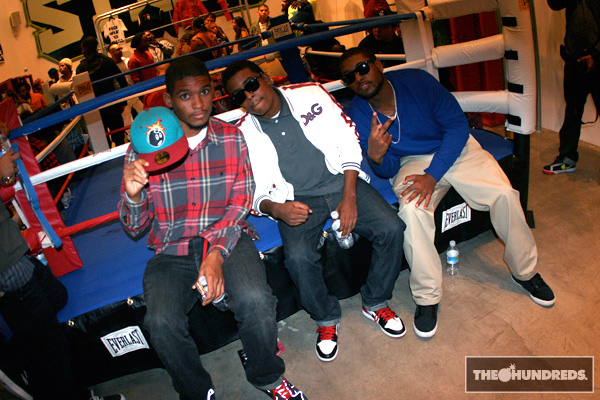 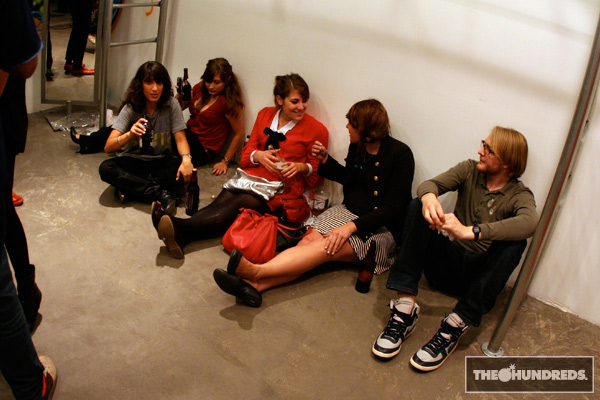 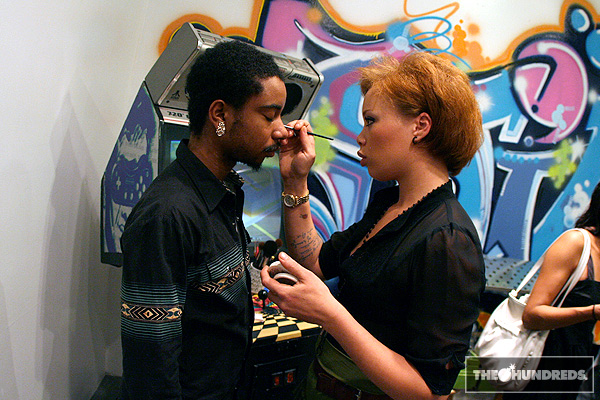 So there was a BEST DRESSED contest, which Taz asked me (The Hundreds), Lanie (Hellz Bellz and pictured here with Bam), Rohan Marley, Mega (Huf), and Dr. Romanelli to judge. 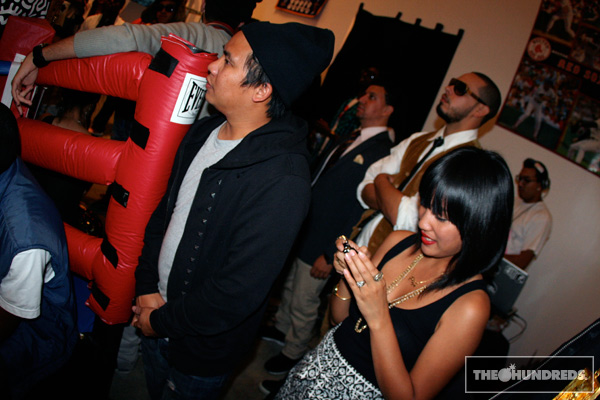 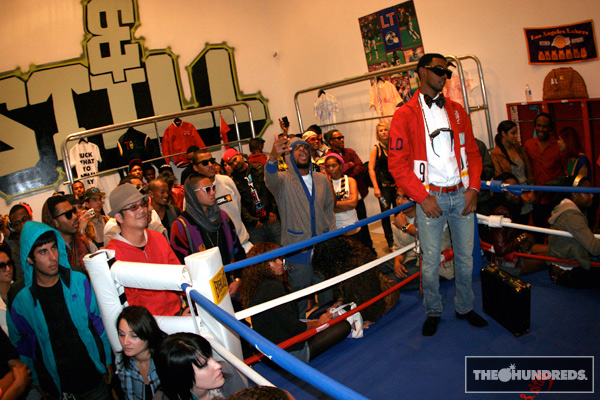 …which eventually led to the crown: 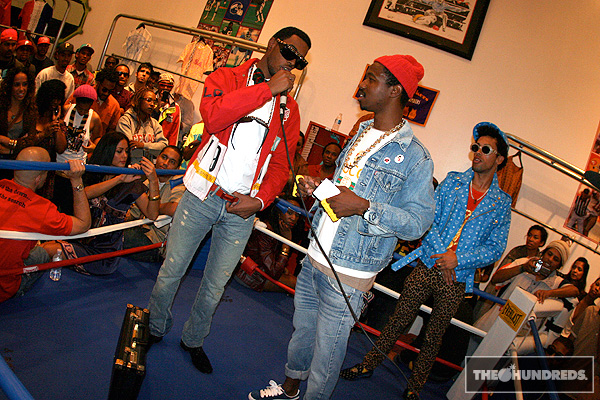 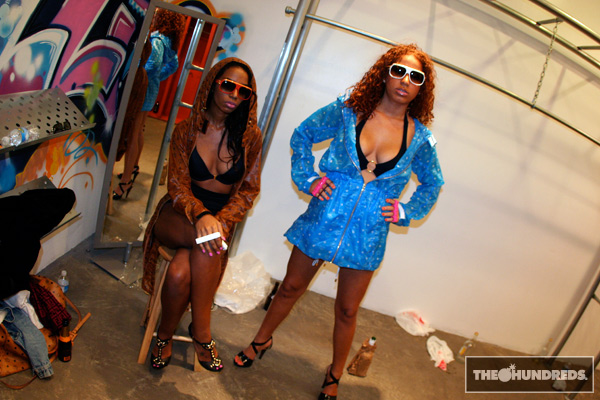 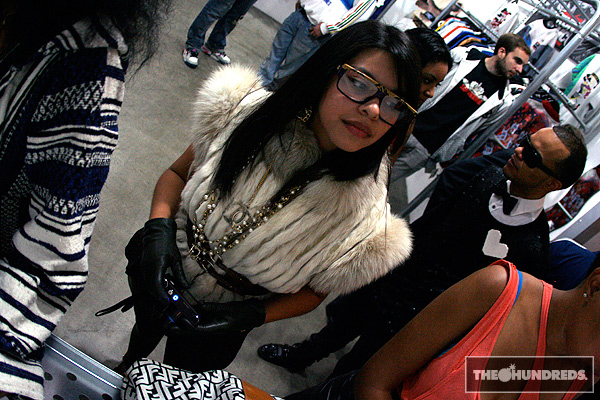 The Insomniacs from Sactown. 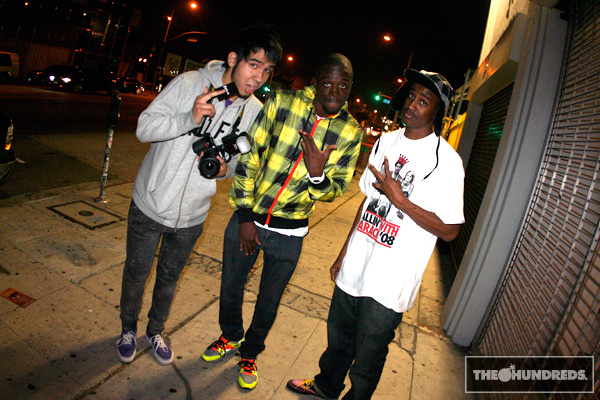 Afterwards, I stopped by Foreign Family’s Halloween party over in K-town. This was impressive: 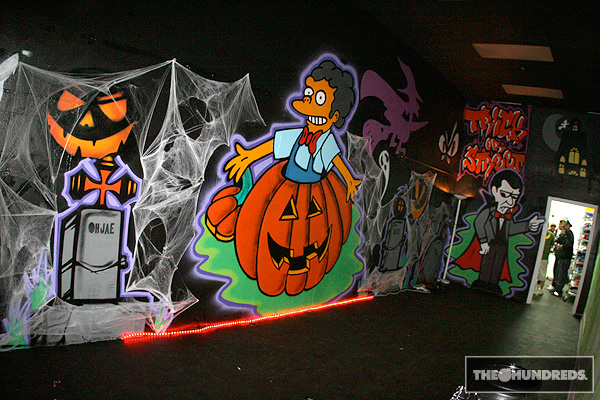 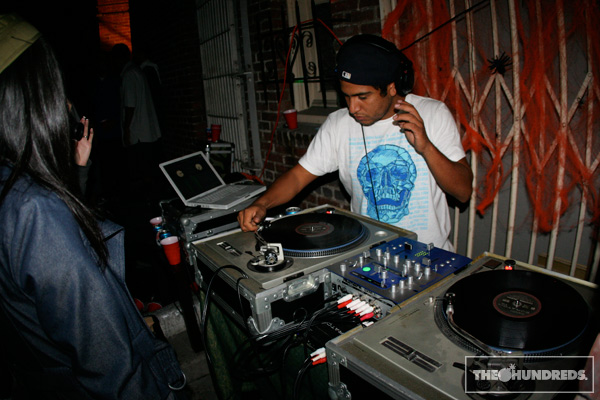 Johnny Punishment, Phil (Ludwig), Justin and Derek (Attic). Justin’s also an actor, and plays Eric Yorkie’s character in the upcoming film adaptation of Twilight, plus he’s got another project in the pipeline with Harrison Ford and Sean Penn. Derek plays the Korean Joe Pesci in everyday life. 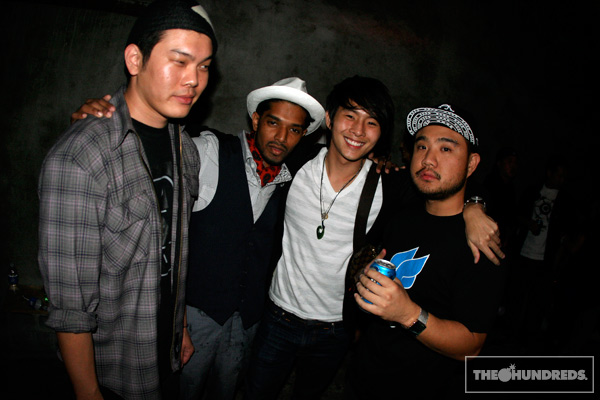