It can be a pretty difficult thing to balance a silky and comforting aura with devious and nightmarish qualities, but NAKI manages to bring the two sides together playfully. The Los Angeles-based illustrator’s style is rooted in Japanese animation and comics, with traits and subject matters common through the country’s many styles dating back centuries. 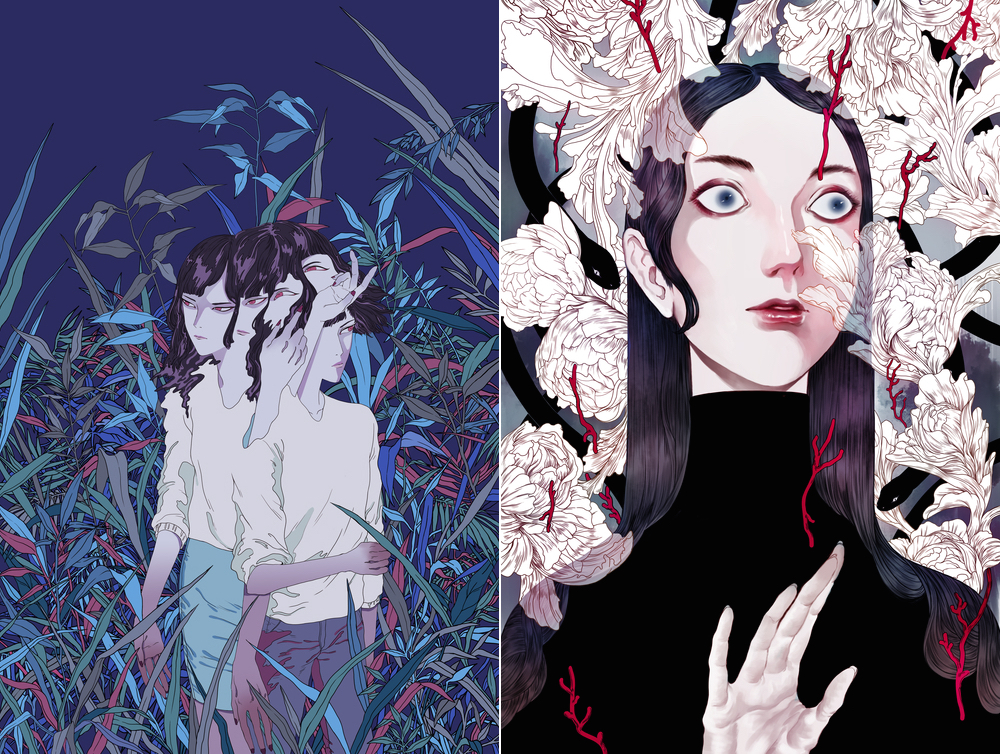 Her work is full of dark spirits lurking mischievously, while innocent characters wander as if lost in their own dreams. Creatures from the other side appear out of nowhere, their hands protruding from a stomach or draped over a seemingly unaware student. Feelings of passion are represented as drooling mouths full of sharp rows of teeth. But neon colors and soft plant life work themselves over the surfaces of these images and through their gaps.

While the artist says she’d love to see a ghost—“I think the idea of ghosts wandering around is really cool,” she tells The Hundreds—NAKI, otherwise known as Ha Gyung Lee, doesn’t have any real beliefs in the occult. Instead, their appearance usually fills the role of a message. A living shadow wrapped around a child is a portrait of duality; a malicious personality living simultaneously alongside innocence. The mouths of wolves layered over a couple kissing captures a moment lost in lustful love. 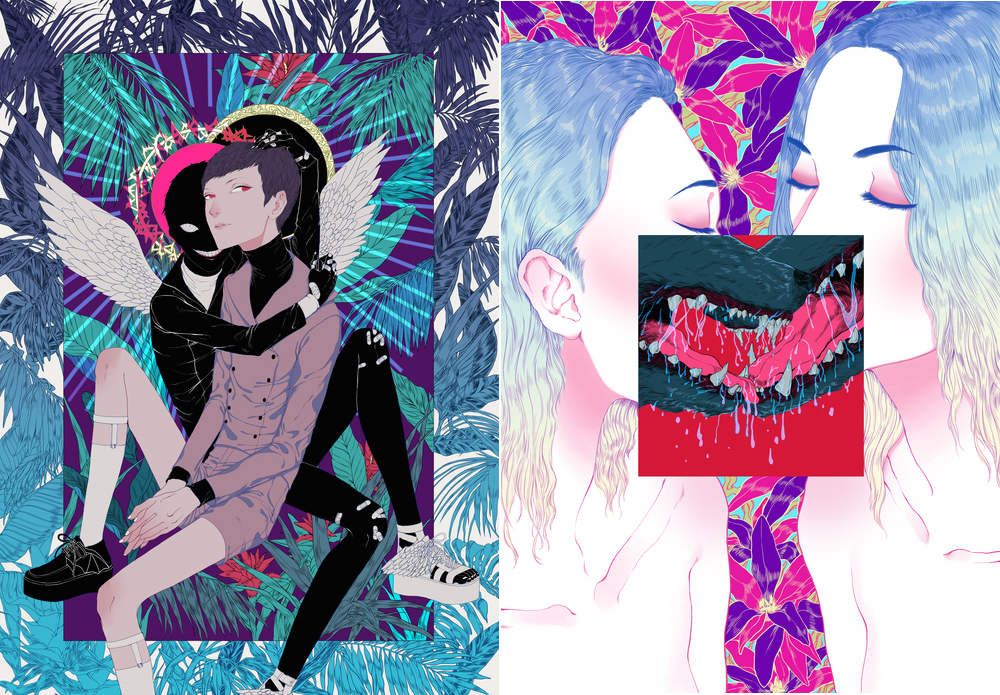 The flowers and leaves everywhere are actually warm memories from childhood she enjoys reliving. As a kid, she moved from South Korea to L.A., leaving her friends behind. But her parents would make her go out and play anyway, so she would explore her grandmother’s garden, or they would visit a family friend’s cabin in a small forest. “I felt very lonely when I moved,” she relates. “I always locked myself up in my room and drew all day. It was sort of like a therapy for me.” The plants were as well, so bringing the two together doubles the effect for her.

Japanese visual culture just naturally impressed her ever since her younger years, like so many other kids across the world. “I find it amazing how Japanese animation/comics are able to tell a good story as well as capture composition, design, and color very well,” NAKI explains. She was always drawn to the more mature stuff, like Akira (1988) for example, because it had a stronger focus on story and art, rather than mainly catering to the wants of its youthful audience. 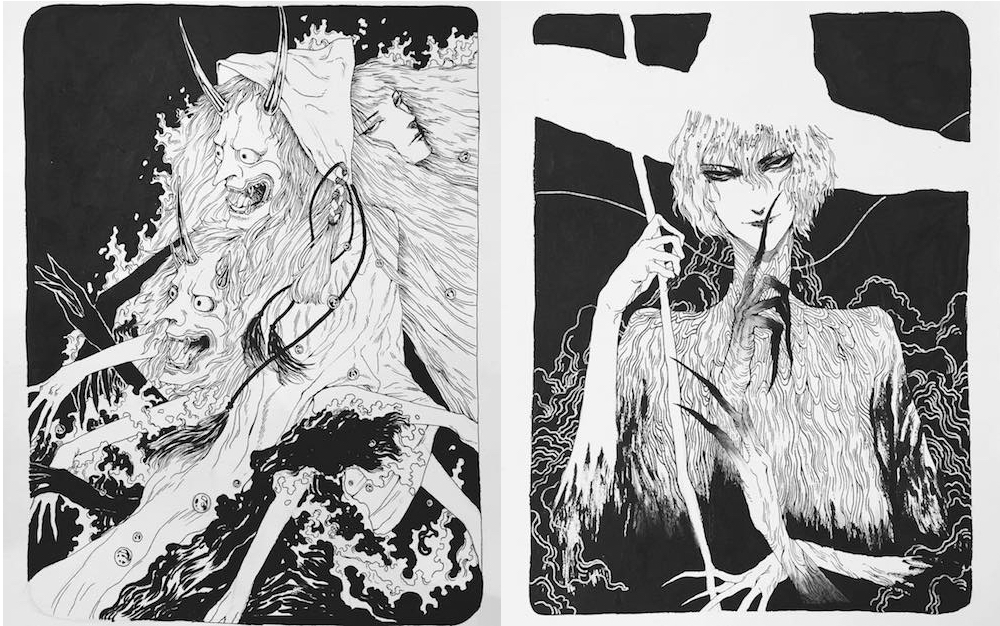 She works almost entirely in Photoshop, and has been using digital tools since 7th grade. “I’m glad I learned how to work digitally early on, so I didn’t have to deal with learning it during college,” she says with a laugh. Occasionally she’ll break out the ink, but it’s rare these days.

Galleries are increasingly showing digital prints, so NAKI’s encouraged that one day she might be able to have a solo show. She has an online store with stickers, prints, and some zines, but that’s currently under construction, so check back soon. For now, we’ll just have to settle for enjoying it all in the virtual world.