Most of the crew got to Rosewood Ave. at 4am, but by then, the line was already in the hundreds (pun intended). Correct me if I’m wrong, but it reached further than any other line in TH history. 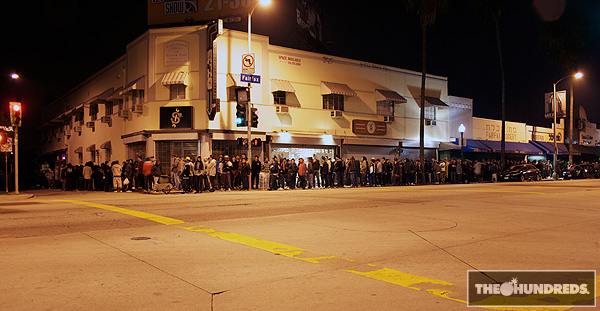 The first lot of customers were lined up in the early afternoon, foregoing Thanksgiving dinner to secure a 50%-off spot. By nightfall, the line stretched down the street. By midnight, it was past the market, onwards towards Clinton. 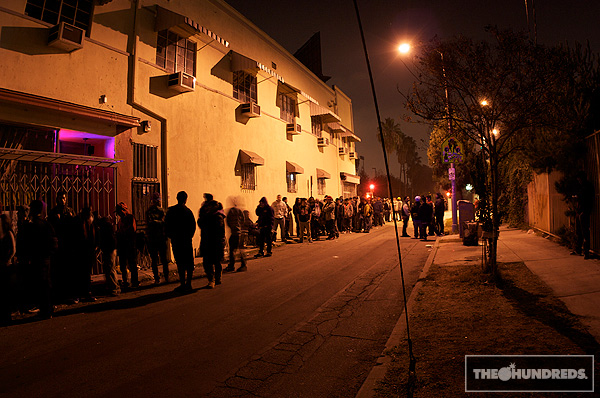 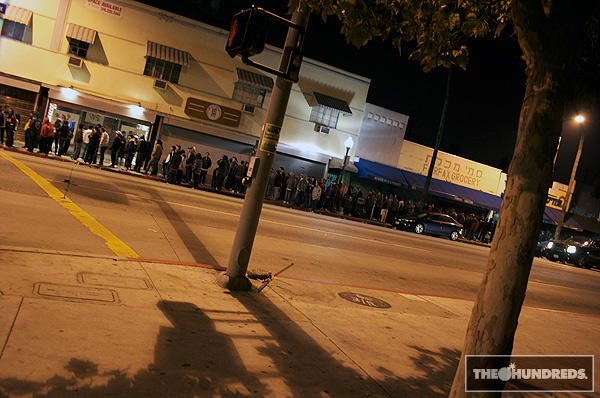 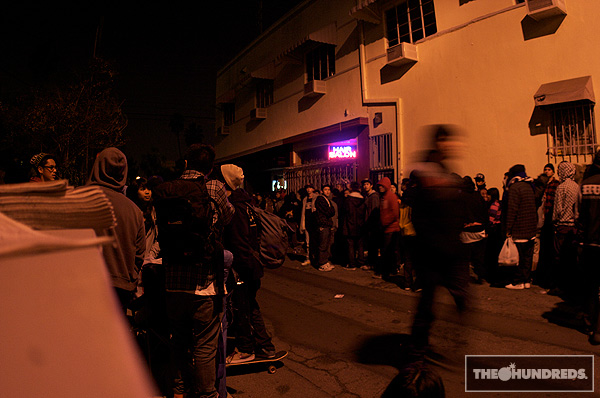 We implemented a 10-minute rule this time around for any customers in the store. Some of the angry mob outside were outraged if people overstayed their time limit, but it’s funny how the tables turned once they themselves made it inside. Now, 10 minutes wasn’t long enough. 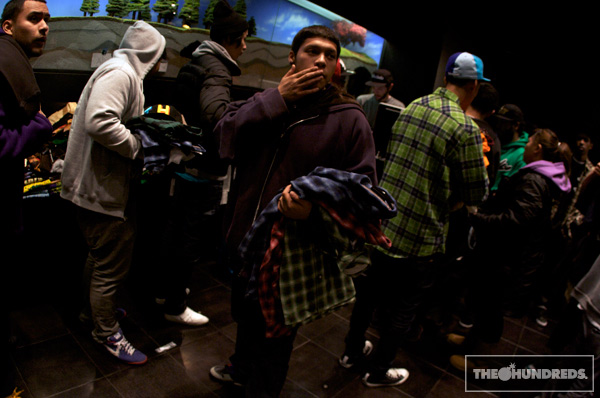 Hey, you missed one. 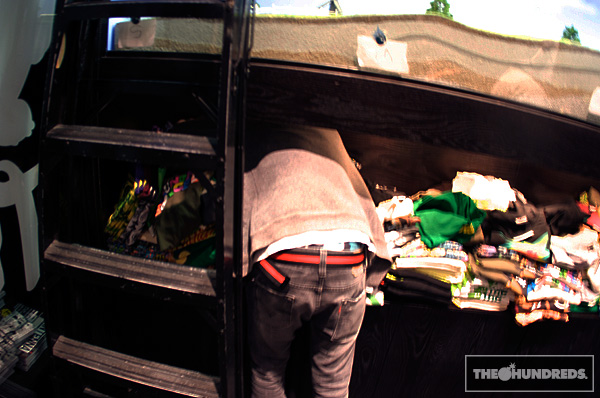 Gomez Warren IV braved the sleep-deprivation to keep the line entertained, with megaphone, baseball bat, and bags of candy in tow. 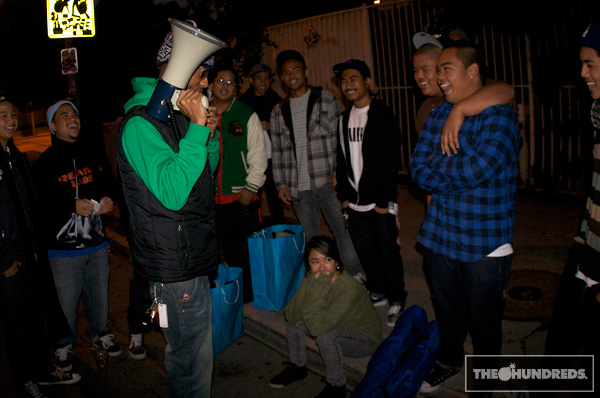 First contest. Who will burn their non-TH shirt for a free logo tee? 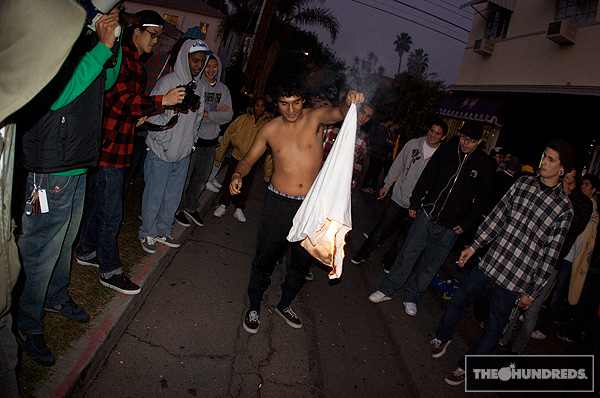 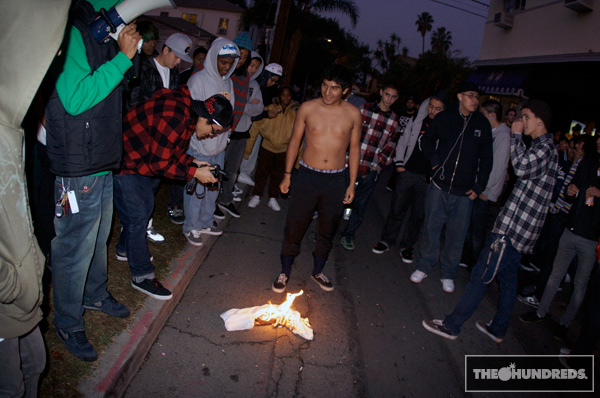 The sun rises early. The natives are getting restless. 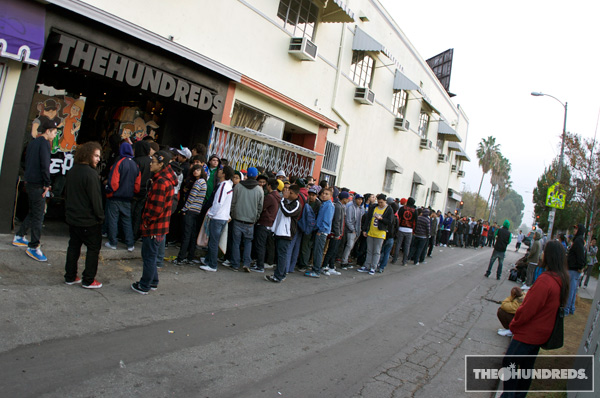 Gomez infuriates a Russian toughguy, who starts to reach into the glove compartment… don’t bother Russian, it’s still no match for Gomez + a megaphone. 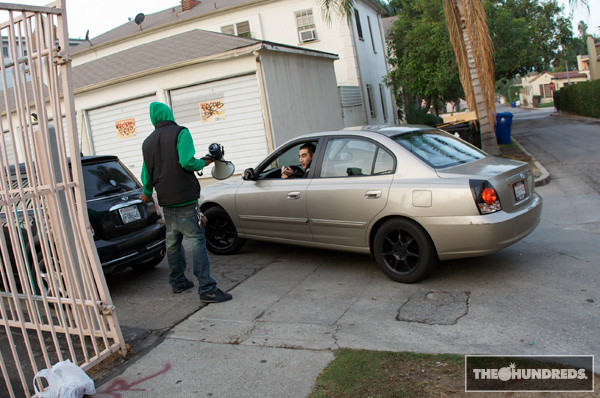 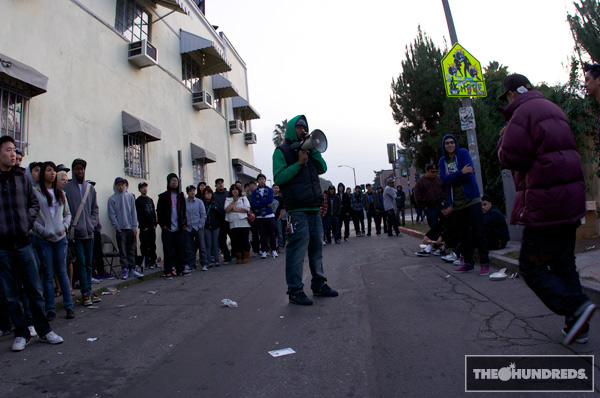 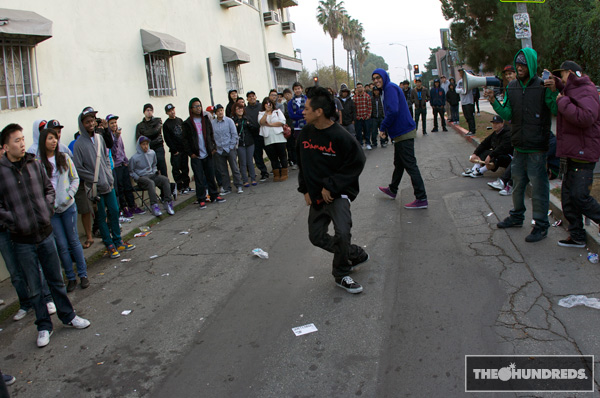 Wallace Hundreds was a faithful and stalwart comrade throughout today’s mission. 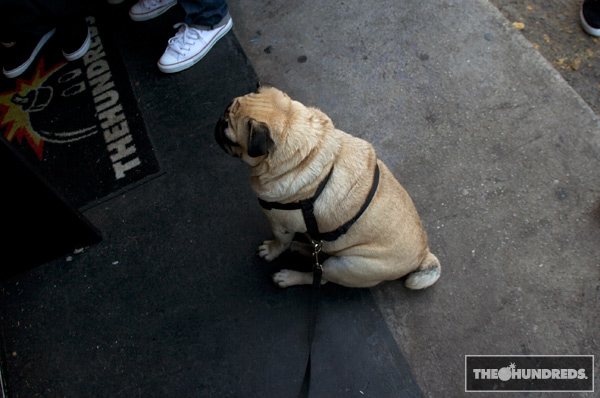 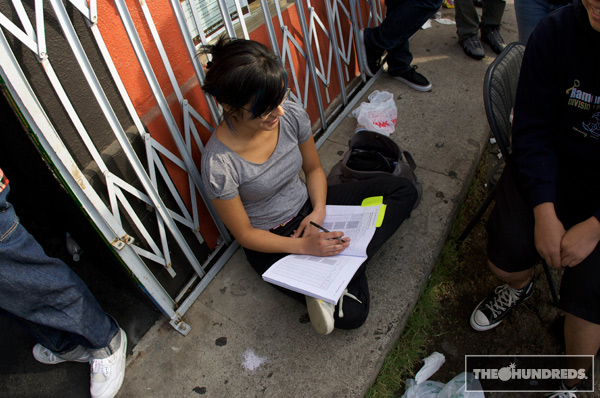 The line funneled down into a mob, which eventually dwindled down to an amorphous cluster by the end of the sale. 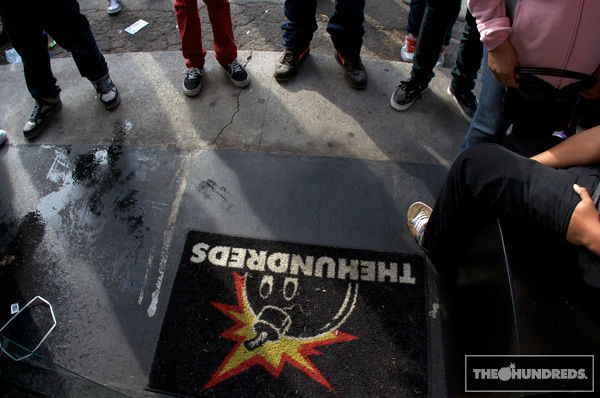 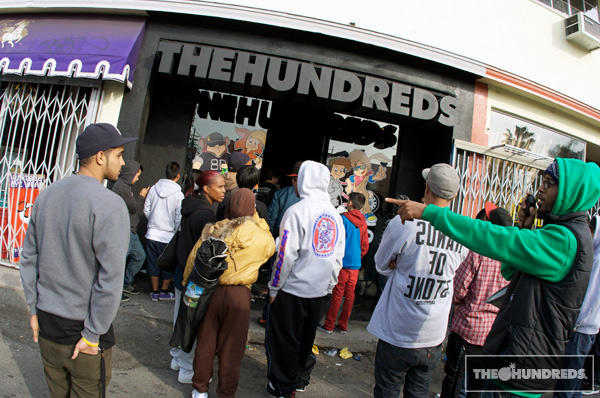 All good things must come to an end. Chopping up the remainders of the 10%-off hour. 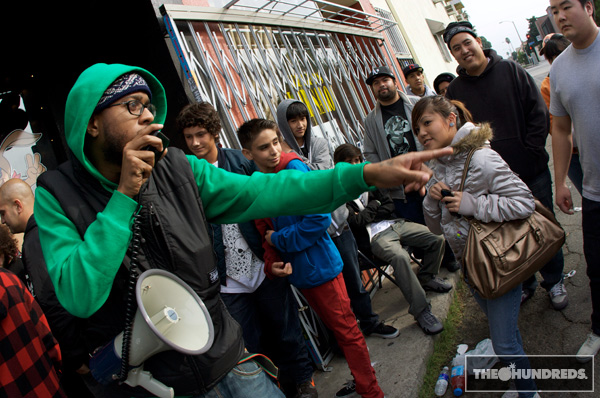 1-hour intermission as the sale finishes up and THLA prepares to open for regular business hours. 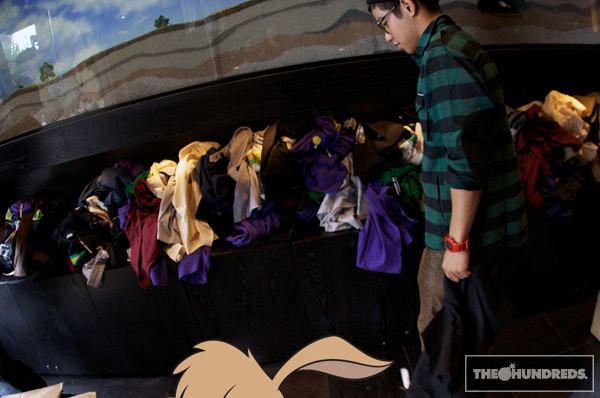 Scotty iLL and Alex are bums in a bumfight. 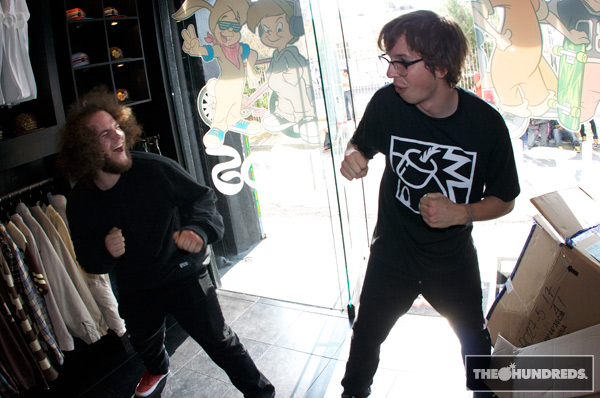 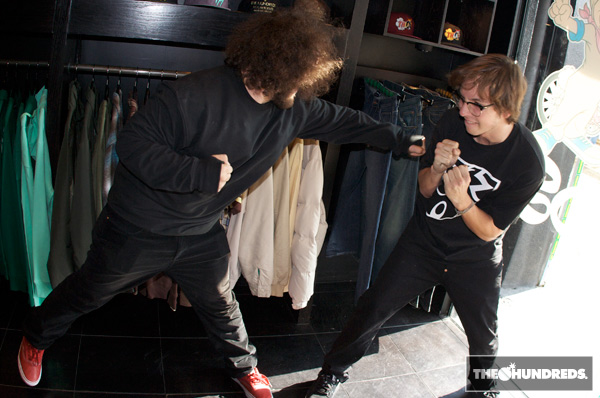 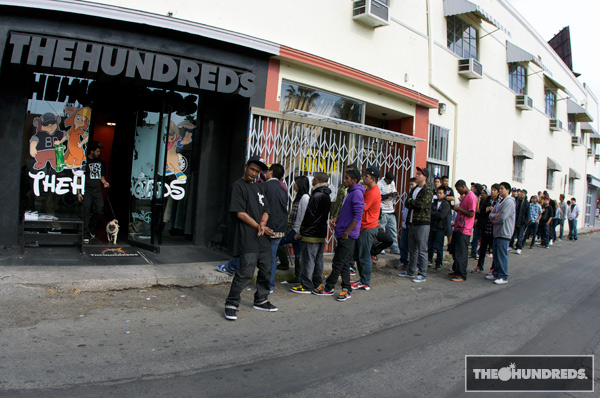