What can I say about Dominick Deluca? Former VJ for MTV’s Headbanger’s Ball, his Brooklyn House/Projects legacy, slept with all your favorite celebrities and lived to tell about it, rode BMX before the bicycle was invented, most bitter/loving guy ever. His shop, Brooklyn Projects on Melrose Ave., was one of our first accounts back in 2003, and he helped us build a foundation here in L.A. back when you thought we were a garage band. Dom has become one of our closest and most loyal friends, and that is why we are introducing “DOM BOMB” as a tribute to the inimitable Mr. Deluca. 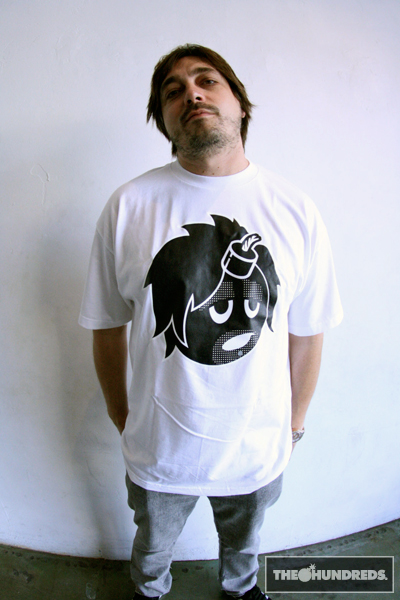 The “DOM BOMB” t-shirt is offered in both black and white colorways, only 150 made, and will be available EXCLUSIVELY at Brooklyn Projects locations starting Saturday morning. 50 go to BP on Melrose, 50 out to BP in Echo Park, and the last 50 will end up in BP’s online shop. 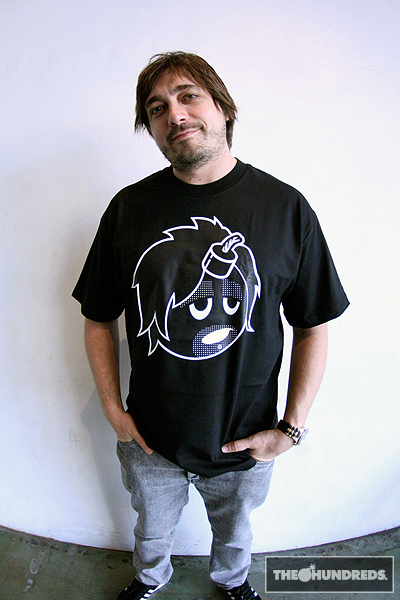 photography by Iron Mike
by bobbyhundreds