I JUST GOT DEPORTED FROM CANADA

Airplanes traditionally represent a happy experience. Either you are going someplace, or returning home. Even if you had to travel for a funeral you get a slight discount for the “death in the family” if you can provide a copy of the death certificate. More and more, my airplane trips give me feelings of bringing a bad report card home. Will I have a job when I get back from this extra long vacation? Will my child’s mother seek more child support because I posted bottle service pics on Instagram?

Today I was deported from Canada.  I have been to Canada several times. I have been traveling for over ten years with zero static. Today, however, I was randomly selected for the extra deep screening. I was walking slightly faster than Jon Buscemi when we arrived in Vancouver. We had just made it through customs and he was talking about how he was made to wait 3 hours because he “mouthed off” to a customs agent.  I could smell the chilled air when some kind of Canadian boarder patrol lady, a tiny Asian that could not have held this position for more than a year, advised me to the left with a non-confrontational hand gesture.  I realized when it was too late that I had been selected for the not-fun-extra-security-screening. I heard the guards tell my travel companions “you should wait outside,” which meant I would be there awhile. 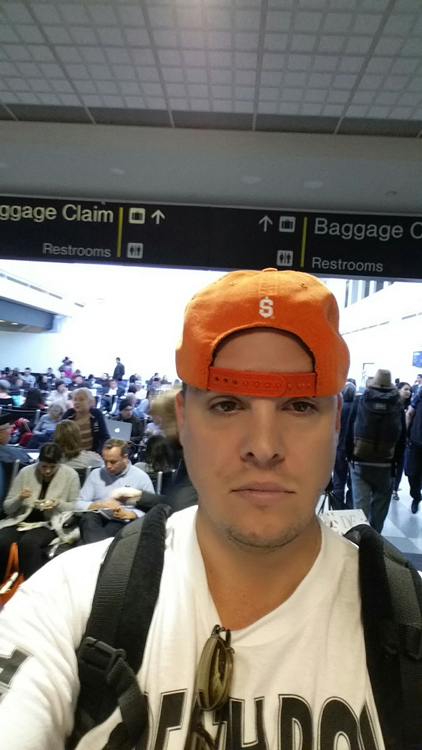 Yes, I was wearing The Hundreds X Death Row, okay.

A very out-of-shape disheveled old white man that would be declined a mall Santa job pleasantly called me to his stainless steel desk. He took my passport asked the same questions as the first boarder security guard but this time he wrote everything down in a little notebook.

“What brings you to Canada?”

“Why are you coming to see him?”

“He is like a fashion celebrity. He always parties with me in L.A., so he invited me to party with him up here. He lives on Bowen Island.”

“Where do you live?”

“Who do you live with there?”

“Ever had trouble with the law?” 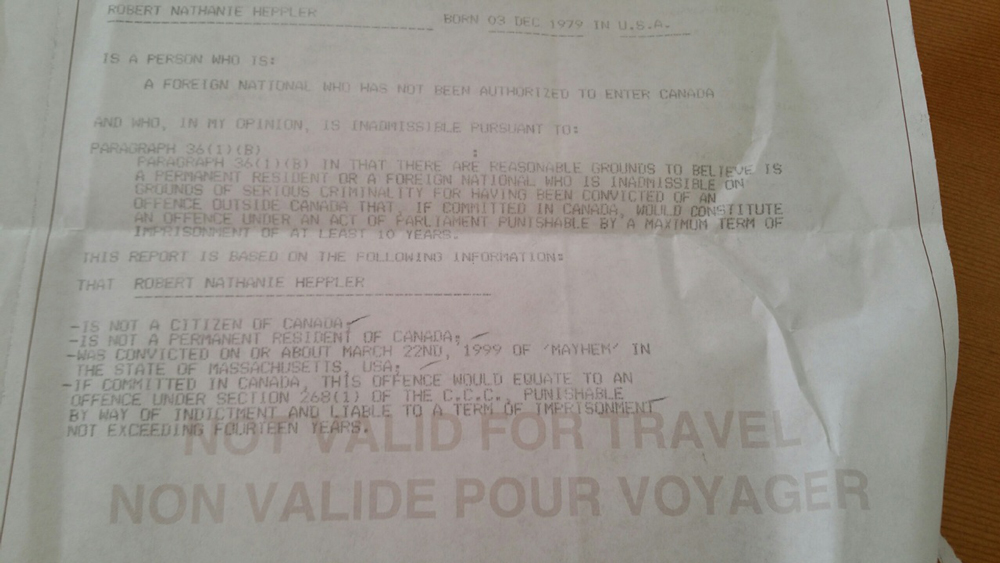 I take my phone out to attempt to contact someone to tell them I will be awhile. My phone opens to a series of pictures of Jose Canseco that I have been staring at the night before during a boring dinner at Petty Cash.

The officer or whatever he is called takes my phone like he was going to catch me doing something but now he is staring at a Google image search page of pictures of Jose Canseco. Did I mention I was wearing my The Hundreds X DEATH ROW RECORDS long sleeve tee? So I wait about 15 minutes, the dirty Santa guy comes out and says:

I see he clearly found something when he put me through the computer. So I decided to own up to it.

“The malicious intent to disform and disfigure.”

“Why when I asked if you had any trouble did you say, ‘no’?” 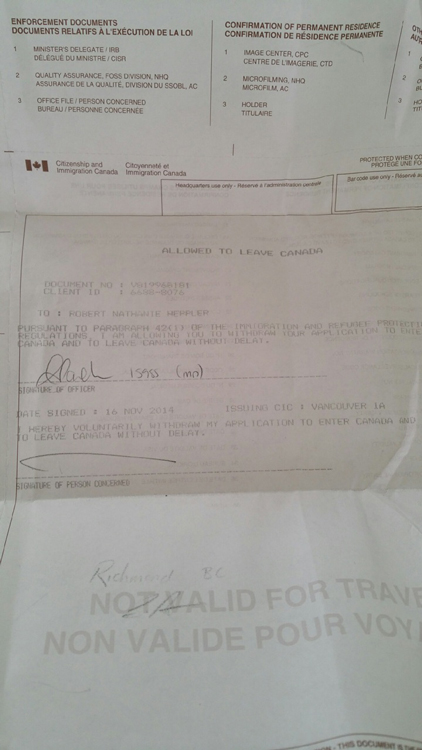 He asks me what happened. I told him... I’m not sure “Mayhem” in Canada means the same thing as it does in the states. He disappears in the room again, He won’t tell my friends to stop waiting, nor will he let me use the bathroom.  He has my passport and my phone.

Another 30 minutes goes by and he tells me I will not be let into Canada today. I told him this happened 16 years ago and I have been to Canada several times.  He explained to me it’s like speeding on the highway. You can speed all you want every day and you may not get caught. Traveling with a violent offense to certain countries is like that. They can’t possibly screen every passenger every time. Sometimes they pick an entire plane and are waiting for you when you land. They even turn people away for having DUIs and small amounts of controlled substances. This time, completely randomly, they chose me and they didn’t let me in. He even insisted it wasn’t the DEATH ROW RECORDS shirt.

They put me on the next flight out of there the same day. You will not get a cool blog post from the godfather of streetwear (Raif). You will not get a blurry photo of Orcas. I don’t get to wear a warm coat that I have been excited about wearing for 2 years. Instead I’m still paying for a crime I committed 16 years ago. 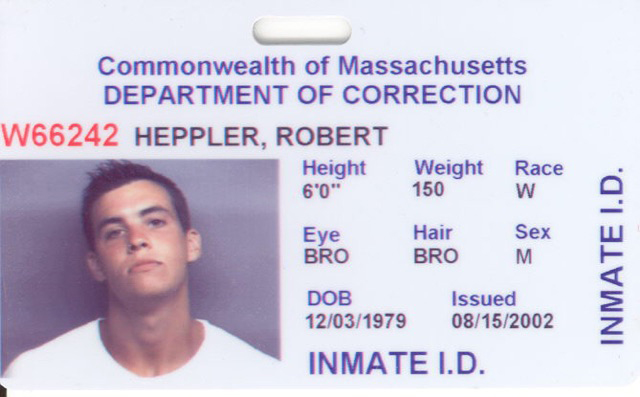