Last night, we drove down to Long Beach to support our good friend, and even greater artist, Stacey Aoyama, who debuted her artwork for ISM’s Sk8ology show. The gallery was lined with 150 skate decks, which have been personally touched by renowned artists, skateboarders, and other figureheads from the skate community. 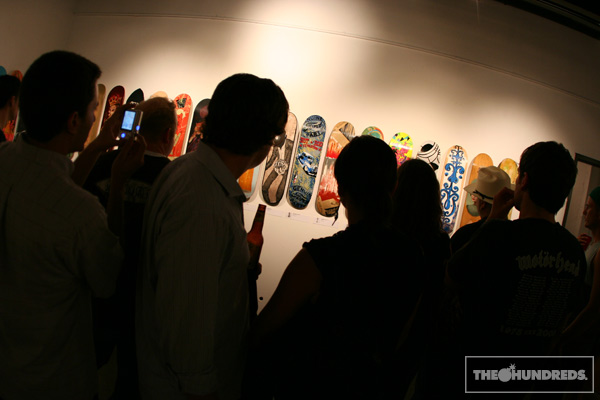 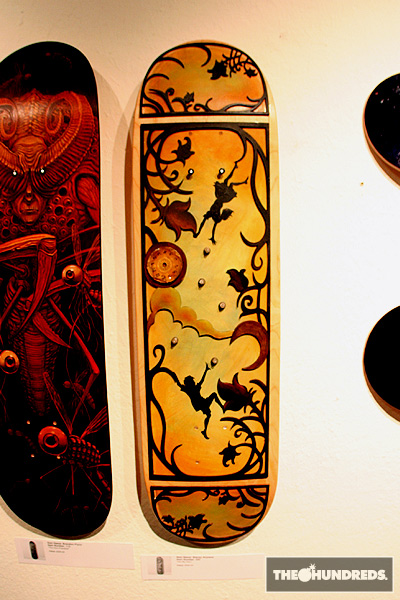 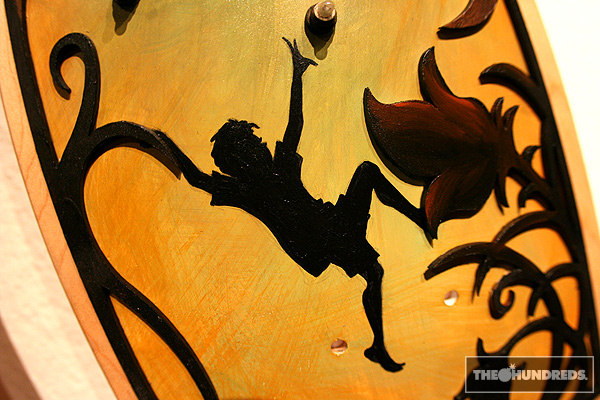 The decks are being auctioned off to support Now That You Know, a “non-profit organization that helps to provide ambitious girls from developing countries a secure environment for learning and growth.” You can start bidding now! 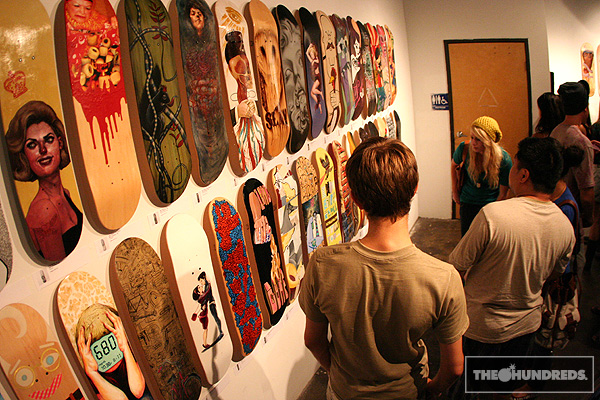 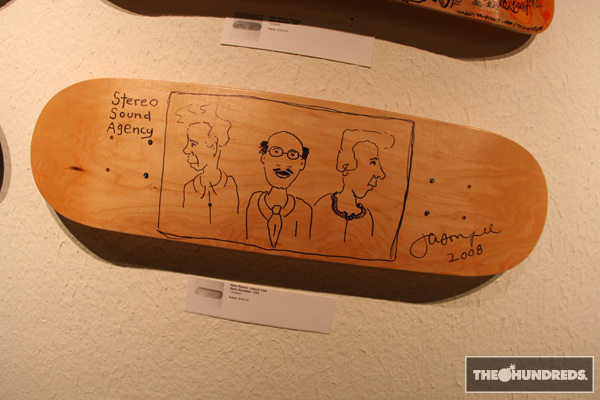 Along with Stacey, it was nice to see some other friends of ours participating in the show, including Steven Daily, Mike Shinoda, and here’s Alyasha Owerka-Moore’s curb-crusher. 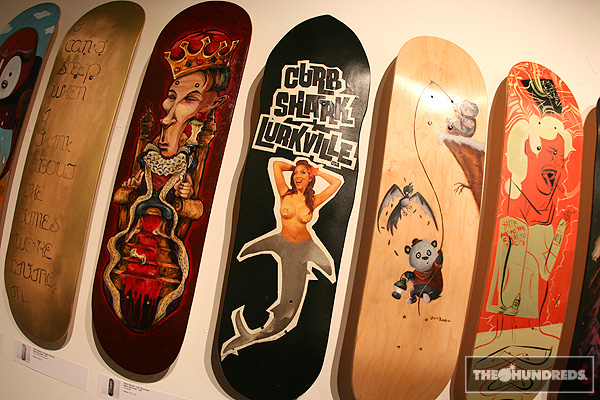 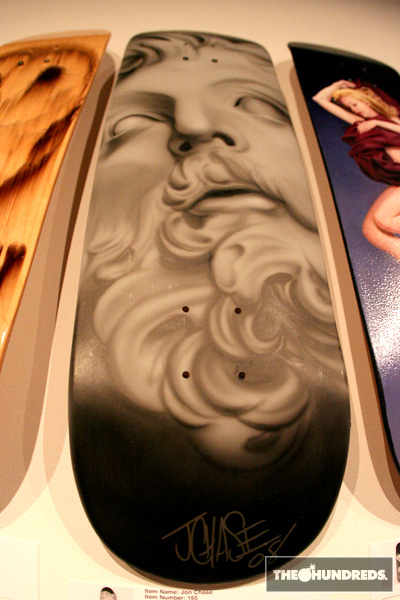 I see Mark Cruz’s name in there. 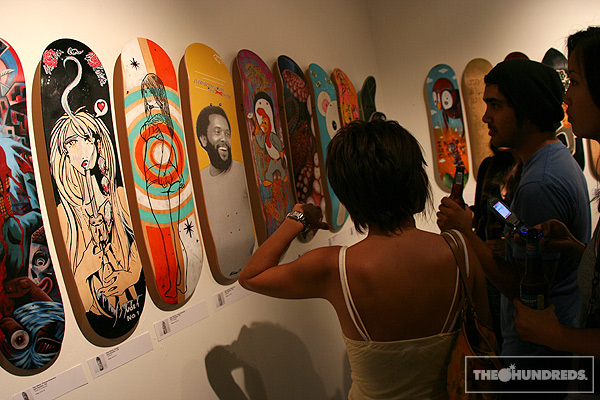 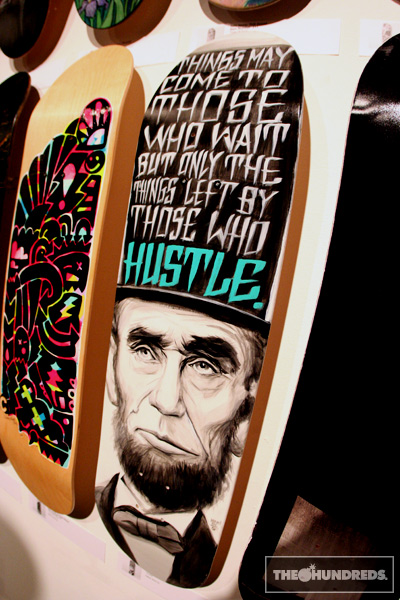 The show continues to run at KOOS Art Center at 540 E. Broadway in Long Beach until it moves to ASR in San Diego from September 4-6, and then Surf Expo in Florida from September 12-14. 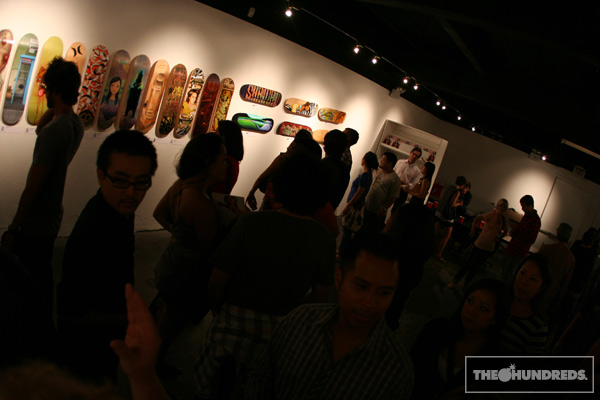 This guy was tops. 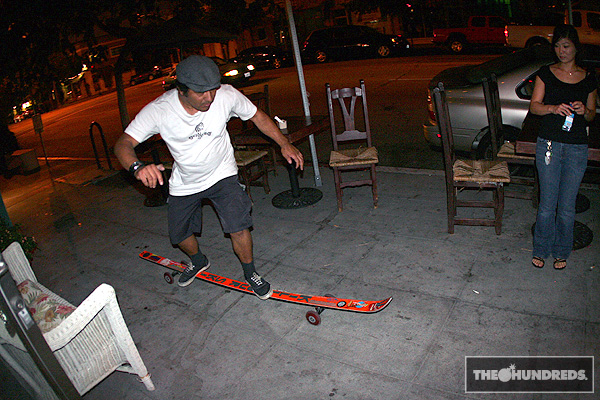