FILM'S NOT DEAD :: GETTING BACK IN TOUCH WITH SHOOTING BLACK & WHITE

It’s been over ten years since I shot with black and white film. It was the film I learned photography on, and all my influences shot with black and white until I first saw the color photos of Eggleston, and later, Teller, McGinley and Capello – all of whom are influences on me and I’m a big fan of their work. A few months ago, when I was re-upping my usual color film stock, I thought, “Why not grab a roll of black and white?” It usually takes me a while to get through a roll, so when I finished my last color roll, I decided to finally put that black and white roll in my M6. Around that time I was able to split my time between Chicago and quick trips to NY and Boston.

This was taken on a rare day I didn’t have to work in the shop or from home, so I decided to link with my friend Umar and his ridiculously cute daughter, Lana. On the left are Saint Nori and Saint Emily, who also joined us for this group field trip around the city with little Lana. 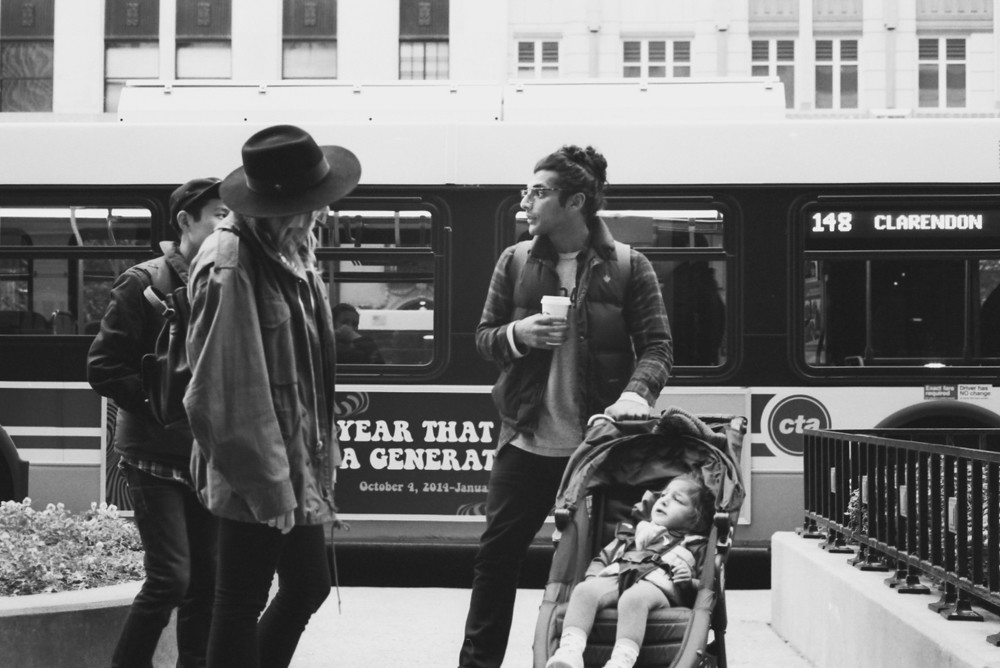 In this flick, Saint Mouse is on the far left with Saint Nori and looking at me is Tim. Originally, when I put the camera to my eye, everyone was in the frame and didn’t notice me. Right when I clicked the shutter, everyone walked out of the frame and Tim looked over at me. 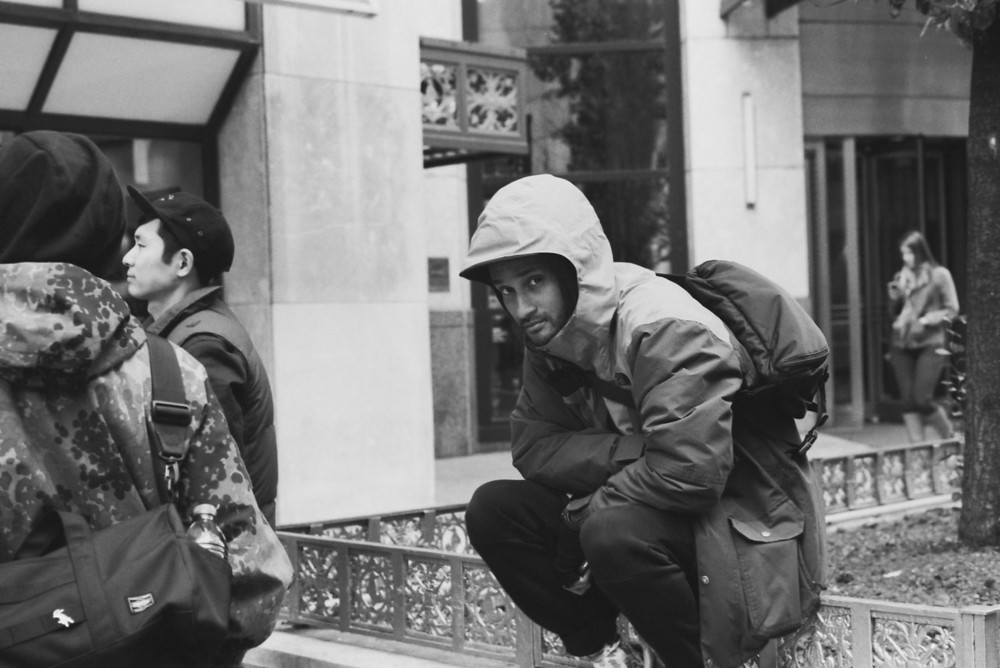 This is Sammy, who’s one of the freshest women I know. She recently moved to Boston, so I took some time to go visit her while she was still getting adjusted to the city. Right when we were about to leave her place, she asked me if I could show her how to tie a tee to wear it on her head.  I remember when I was younger, RZA would always do that with Wu Wear tees, and I always thought it was fresh if done right. So when I showed her, she asked if I would mind if she wore it when we went out. Of course, I didn’t and I knew I had to get a flick of it. 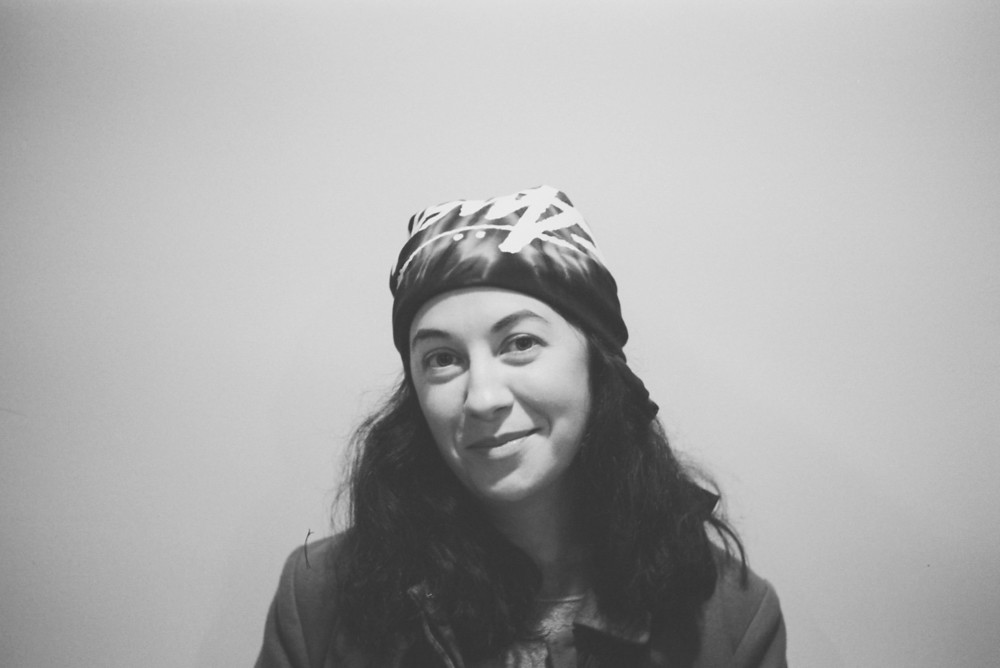 While I was in Boston, I was able to grab lunch with Matt and Leo – who I drove to Boston with. These two candid shots are from the table while they were both talking – I was able to get my camera out and click off a few before they noticed. 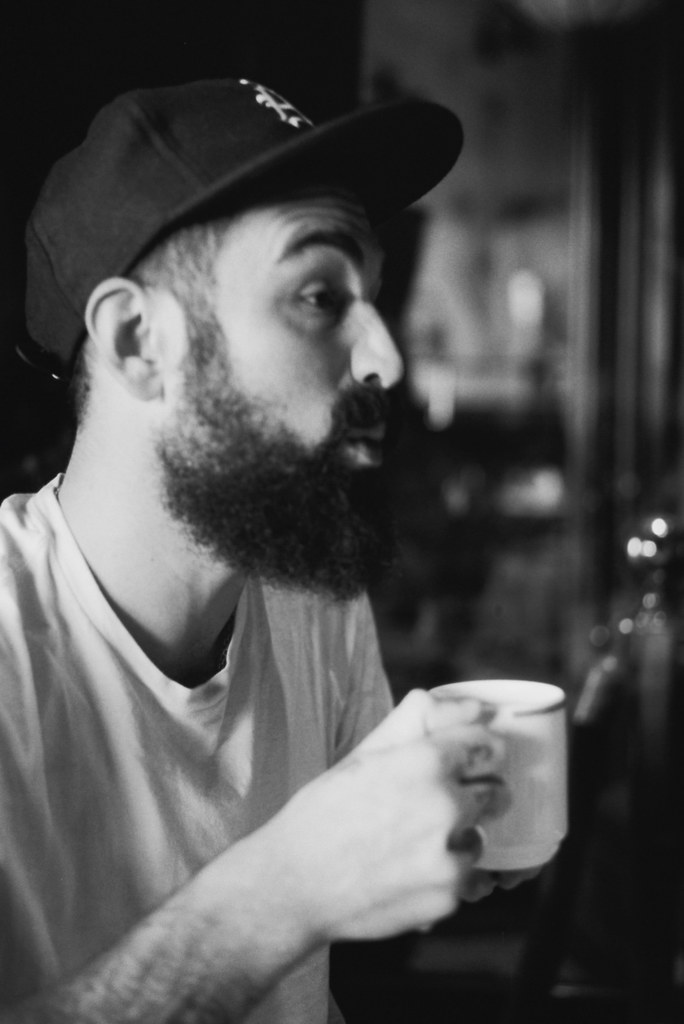 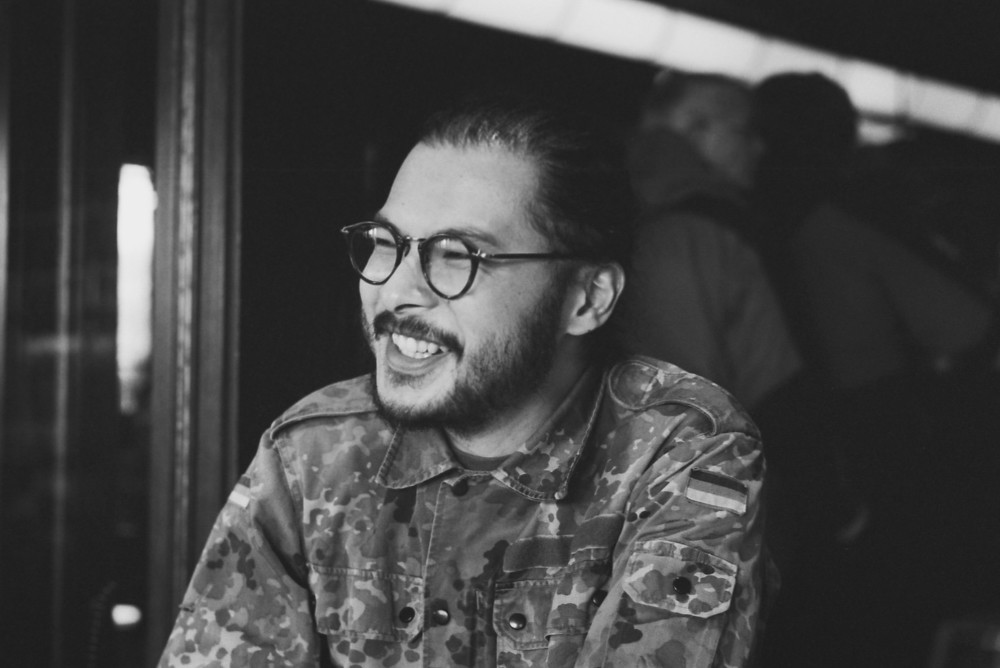 While in NY, I had a chance to link with Adrian. He asked if I would mind going over to his friend Amir’s place to chill and build. On the way there, he asked if I was familiar with the artist Oddisee. The name sounded familiar but I couldn’t immediately place it until I remembered a few of the Saints at the shop mentioned him and have played his music and were fans of his work. It’s funny how small the world is. I didn’t really put it together until I got to Amir’s place and we all started talking about music. Amir then played and rapped his entire album, The Good Fight; coming out shortly. I’d heard a few things from Oddisee before, but I’m glad I had a chance to sit and talk with him and meet the person before I really dove into his music. Usually, when I’m in NY, I’m in a race against the clock to see family, friends, art, the city, exhibits, and shops – but on this day, I shelved all that and stayed in Brooklyn building with Adrian and Amir. Definitely time well spent and Amir makes a mean cup of coffee. 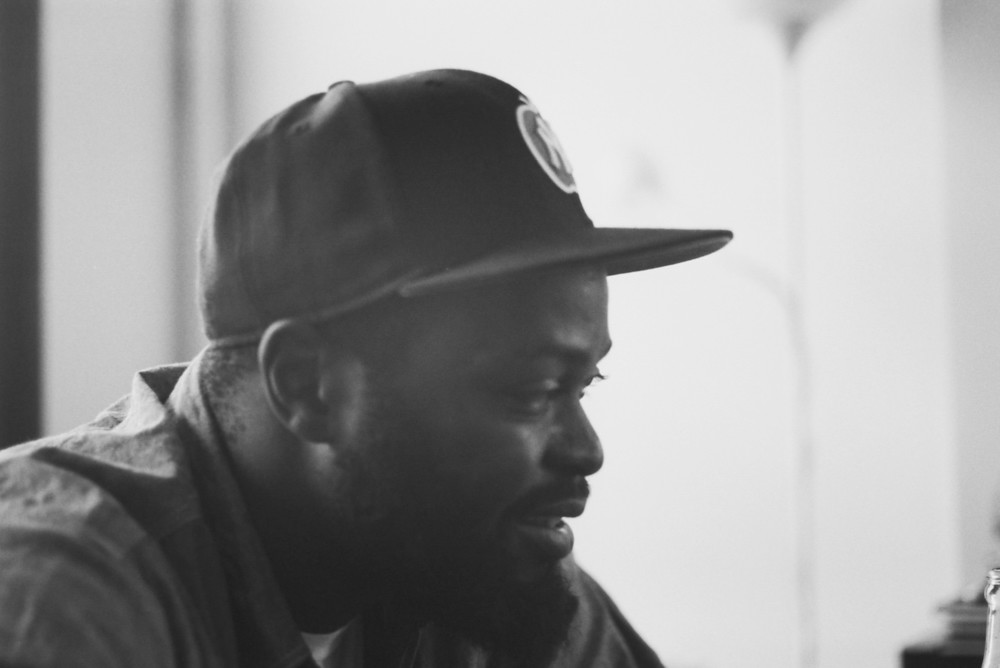 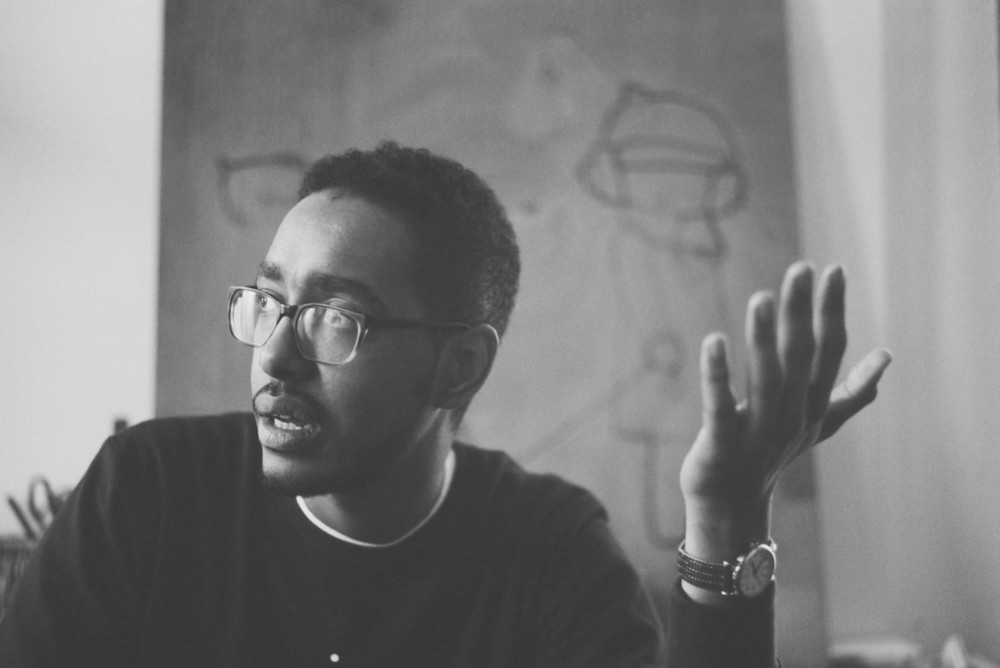 Amir is also takes his hookah as seriously as he does his coffee. 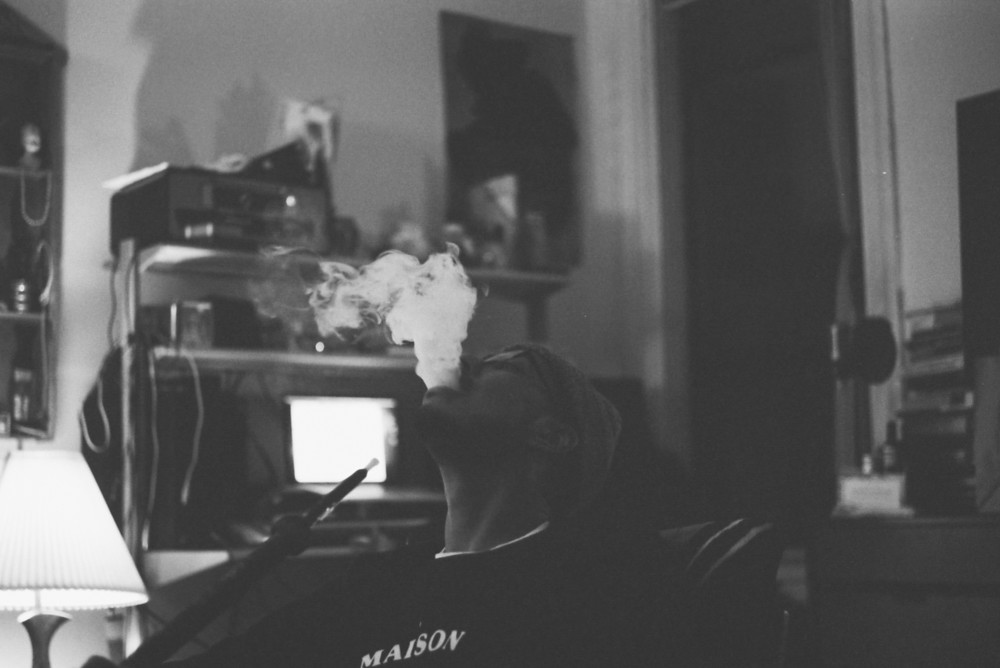 A flick of Mike, who’s one of my oldest friends, and his lady Caroline while they were in town for a few days visiting from Portland. 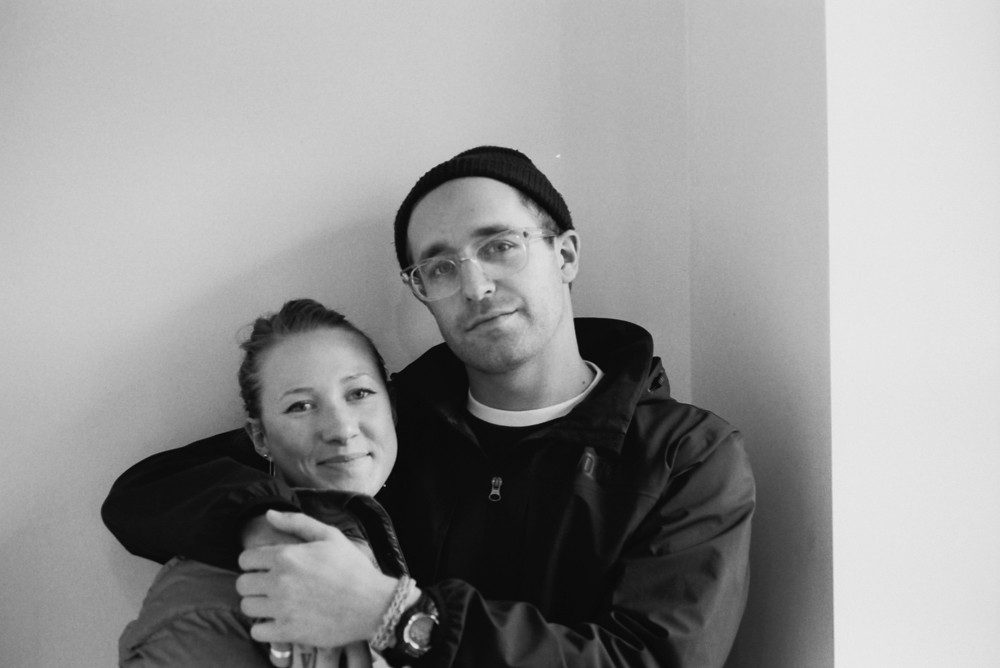 This is a photo of Saint Emily, who I always have to sneak a candid photo of; that’s the only time I can get the true her and her essence. I can’t quite remember where this was, I think it was a group dinner at a Japanese restaurant. 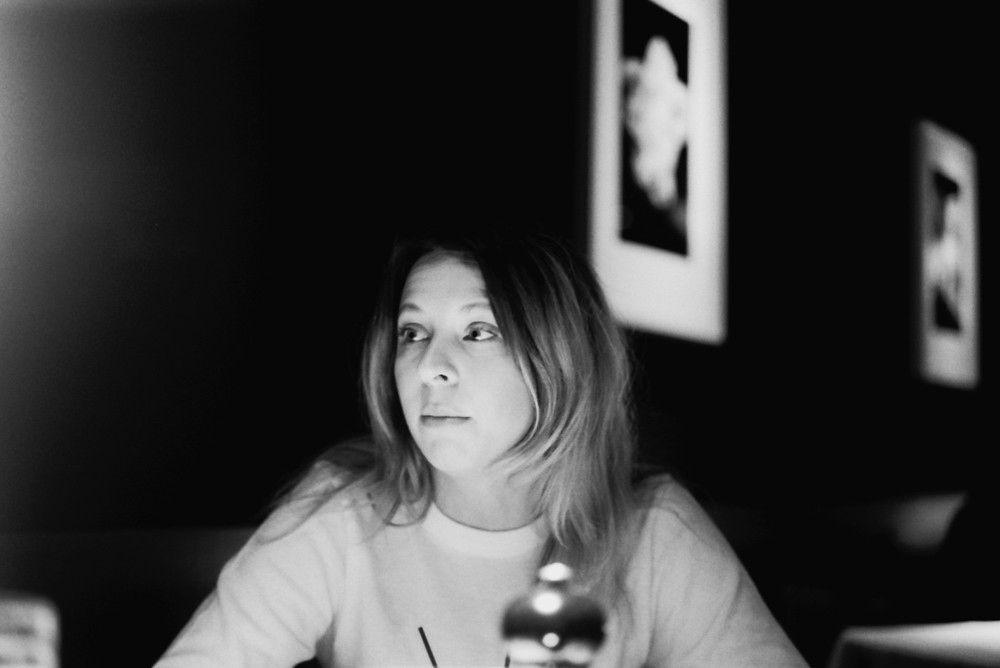 Taco, Tyler, and Jasper were in town for a show in December and any time they come to town, they typically stop by the shop and say hello. I also had to help Taco and Jasper get their needed Harold’s Chicken fix. Later that night, they played a sold out show to a crowd that was alive as usual. Since I met them a few years ago, when the play in Chicago they always give me full access and free reign, which I’ve appreciated from day one because I know how guarded they are around most people. (*What up Brick! You missed this trip). This show, I wanted to chill, enjoy the show, and not worry about getting certain shots. So I didn’t bring any digital cameras and just posted up on the side with my M6 and took a few flicks. Given the lighting and how fast they’re always moving I didn’t think these even came out. It was definitely a pleasant surprise when I got the roll back and saw the results. 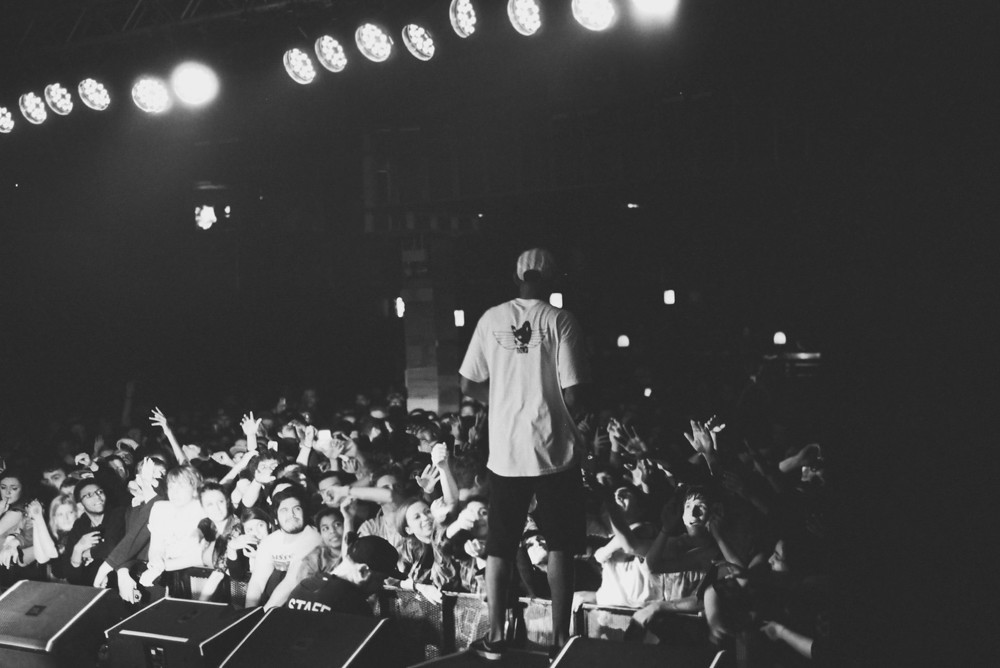 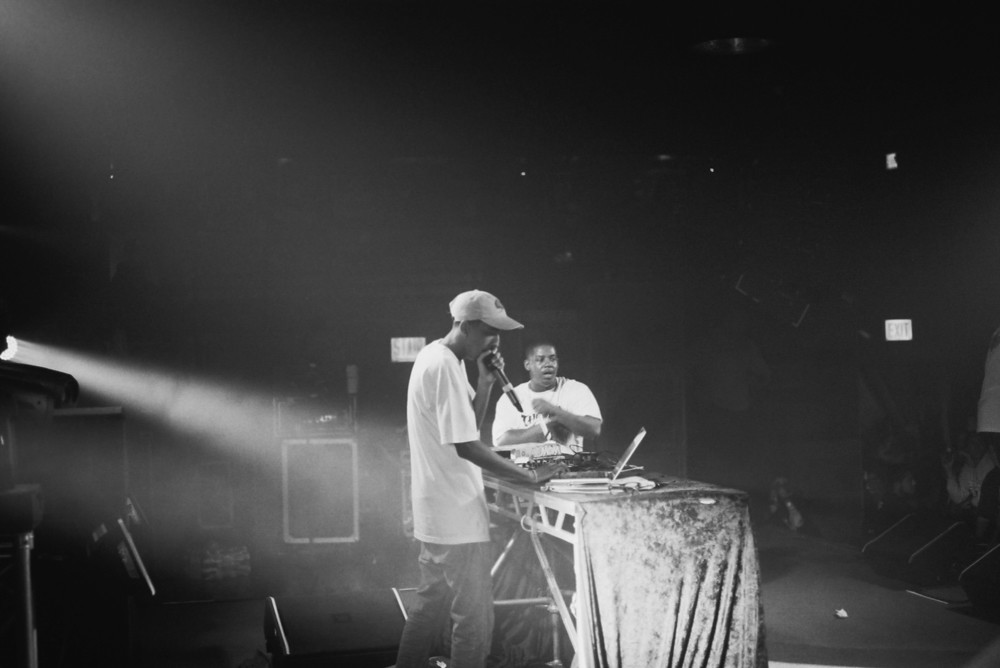 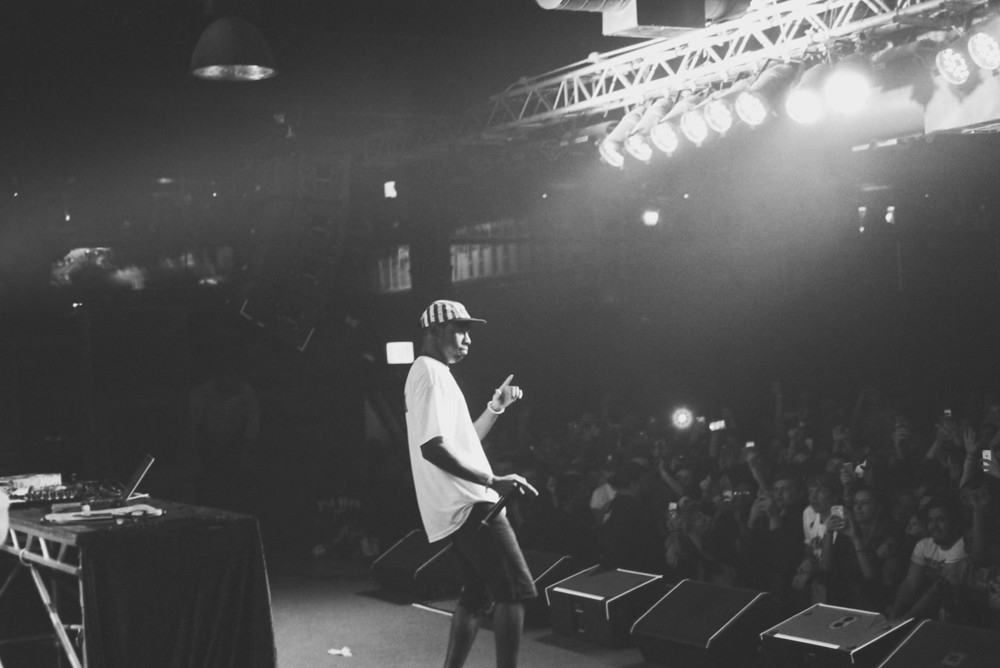 I’m always excited to get a roll back and considering how long it usually takes me to get through a roll, I forget what’s exactly on it sometimes. Getting this roll back was even more of a good surprise and continually makes me appreciate film and analogue photography. These were all unedited and show with available light and a 50mm.

BASEL '14 RECAP :: ANALOGUE ALL BLACK AND WHITE EVERYTHING