On Sunday night at 9 PM PST, The Hundreds is releasing a collaboration with Virginia thrash metal legends, Lamb of God.

The project commemorates the release of the band’s self-titled eighth studio album, which was just released this week. The project has already been received with critical and consumer acclaim, as Lamb of God proves on their first album in five years that they aren’t slowing down and are arguably getting even better with age.

The band hails from Richmond, Virgina, a city with a rich history of producing some of the best metal music on Earth. But it’s the rest of Richmond’s history that finds the city in the middle of its own reckoning. In just the last few weeks, following peaceful protests across the globe as a response to consistent police brutality in the United States, Richmond has been a hotspot in the fight to end racial injustices in this country.

We’ve seen protestors pull down a statue of Confederate president Jefferson Davis and get assaulted by police officers when they tried to sentence the statue of Robert E. Lee to the same fate as Davis. But Virginia Governor Ralph Northam, who has his own racist past to confront and atone for, has stated that all of the Confederate monuments in Richmond will come down beginning on July 1st.

But Richmond’s racist roots aren’t walking into the fire without putting up a fight, of course. This week, a Richmond man who claims he is a leader in the city’s Ku Klux Klan was charged with hate crimes, in addition to a host of other charges, for purposely driving his vehicle through a crowd of peaceful protestors.

Richmond was the capital of the Confederacy, and it shows. And the metal scene that was birthed in the Richmond area has been poisoned for a long time with racist undertones and themes. But Lamb of God is leading the charge for change, standing up as a leader in the metal community and music beyond, to show the rest of Richmond how it should be done.

Lamb of God’s band members have been actively attending protests in the Richmond area and lead singer Randy Blythe brought his camera along to document some of the beauty he witnessed along the way.

“I think it’s important to recognize when and why these monuments were put up,” Blythe told us in an extended interview. “There’s this false narrative that at the end of the Civil War, the Confederacy put up all these monuments. But most of these monuments were erected during the Jim Crow era, and they were put there to cement the position of white people in our society.”

Randy Blythe has been documenting the protests and the ever-evolving city of Richmond throughout this process and was kind enough to share those photos with us and you. 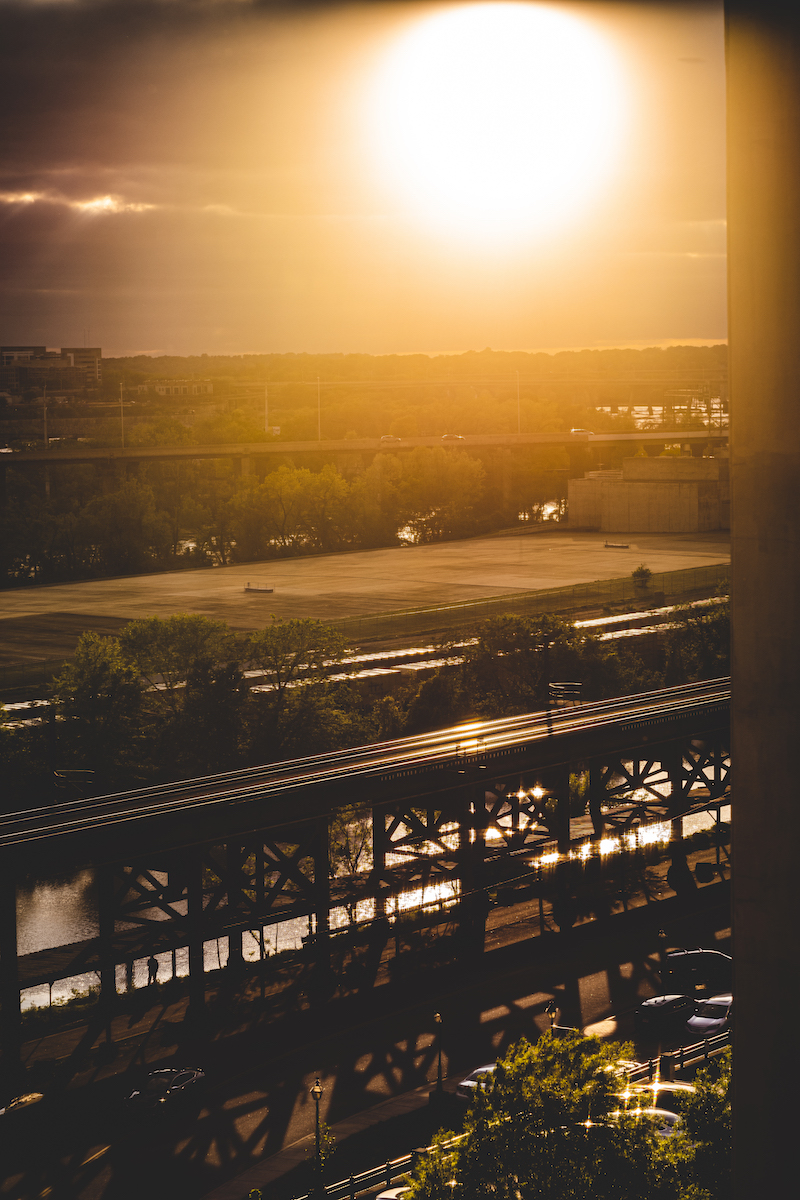 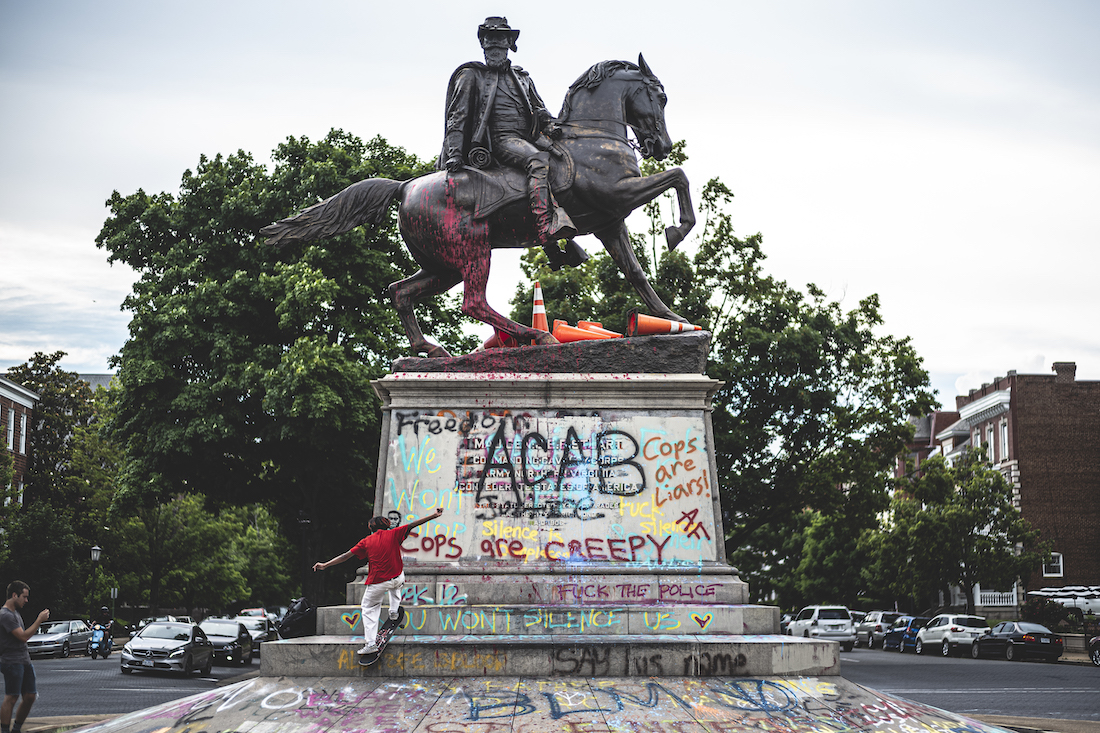 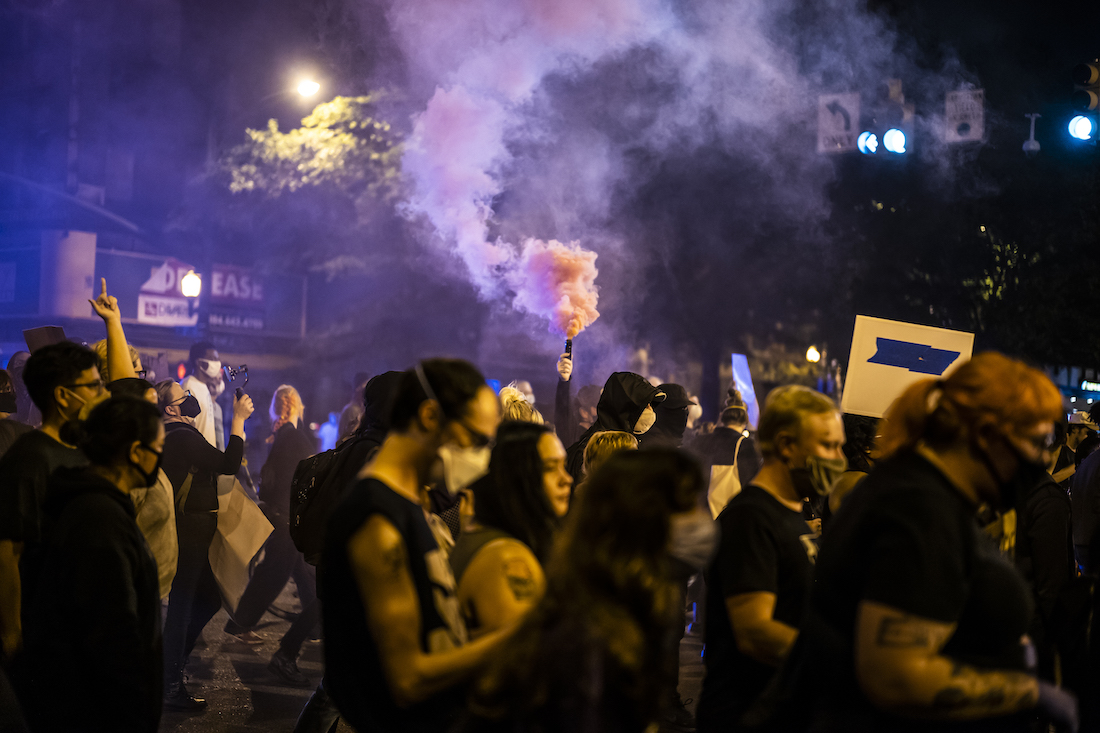 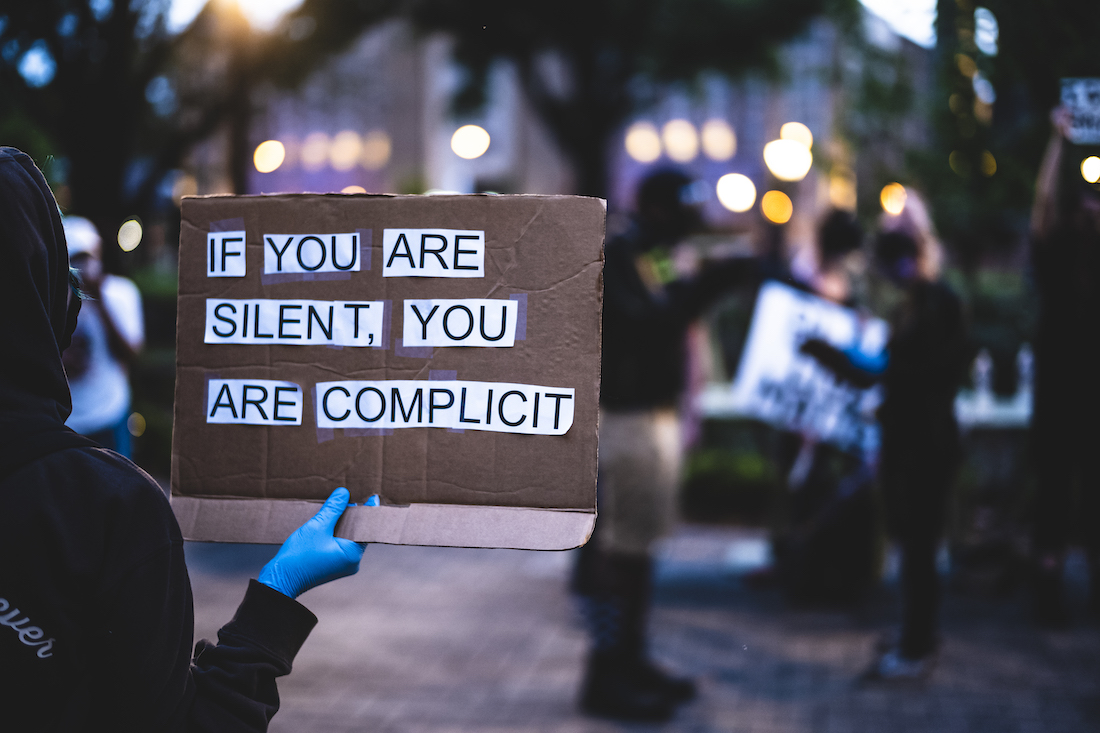 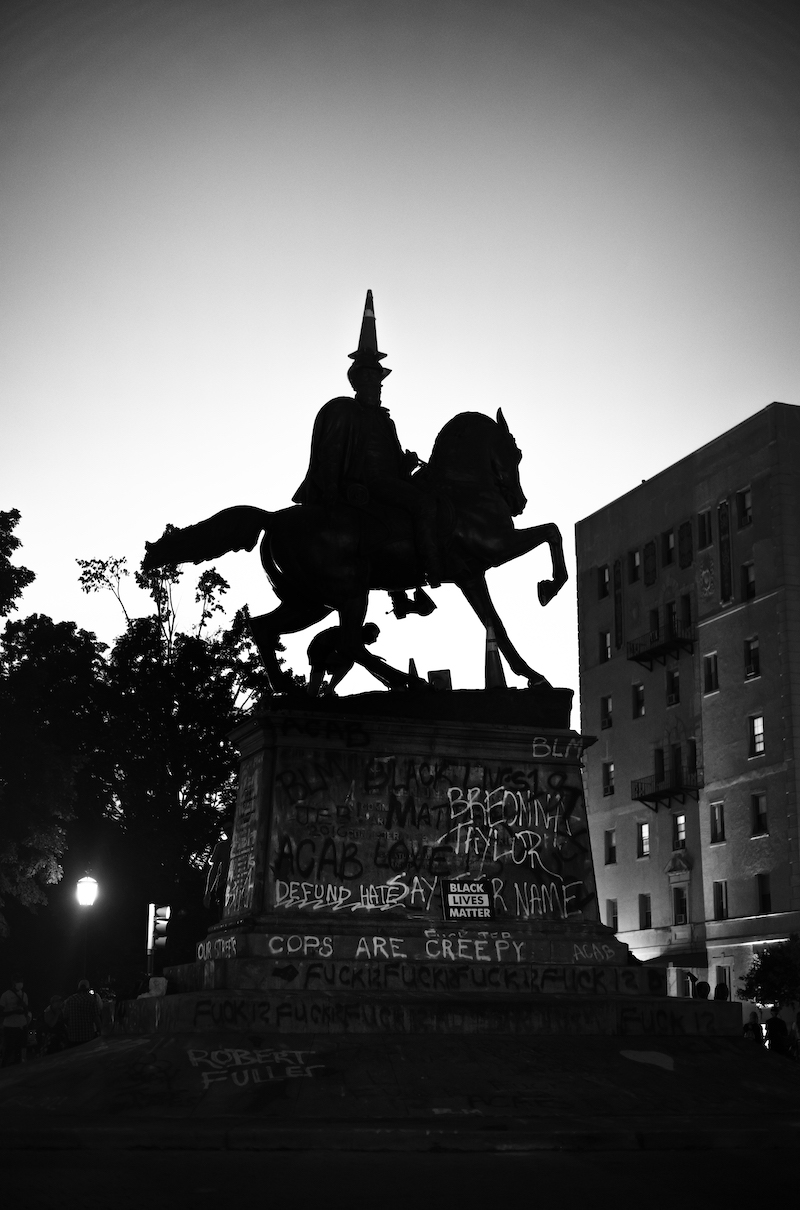 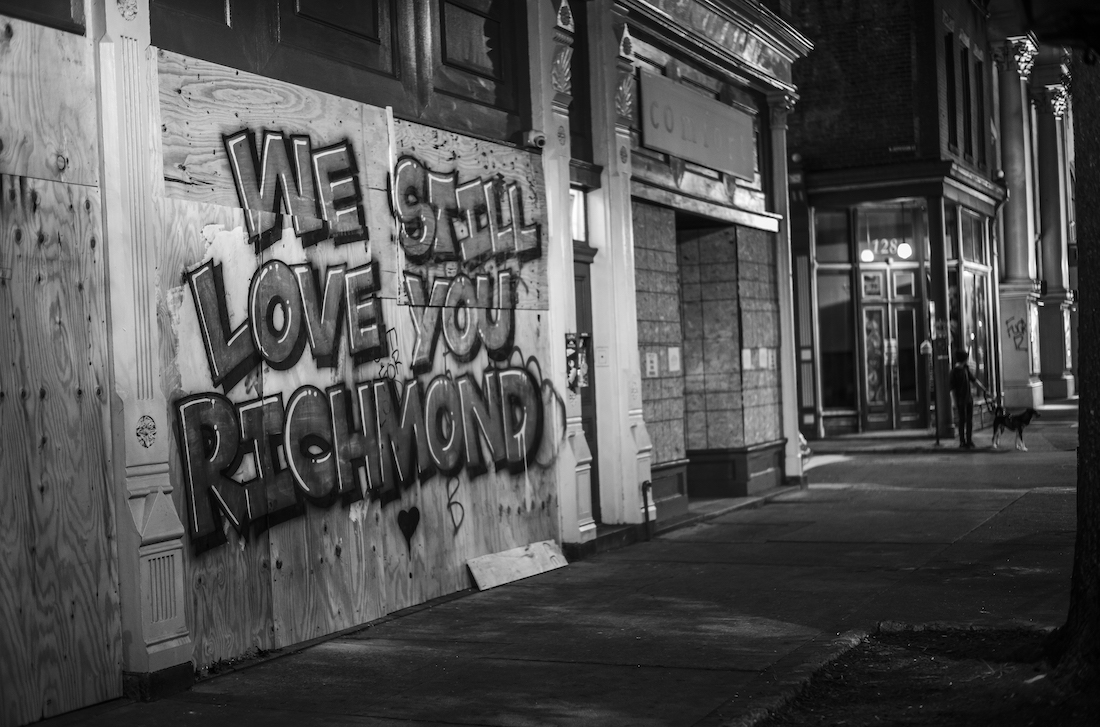 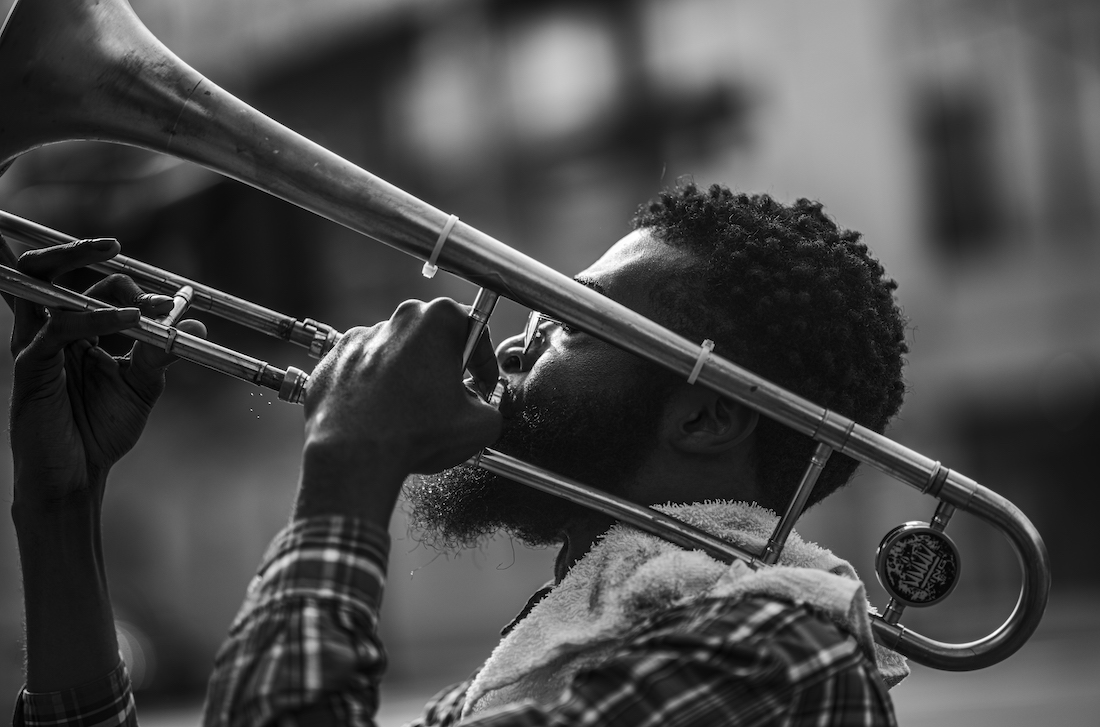 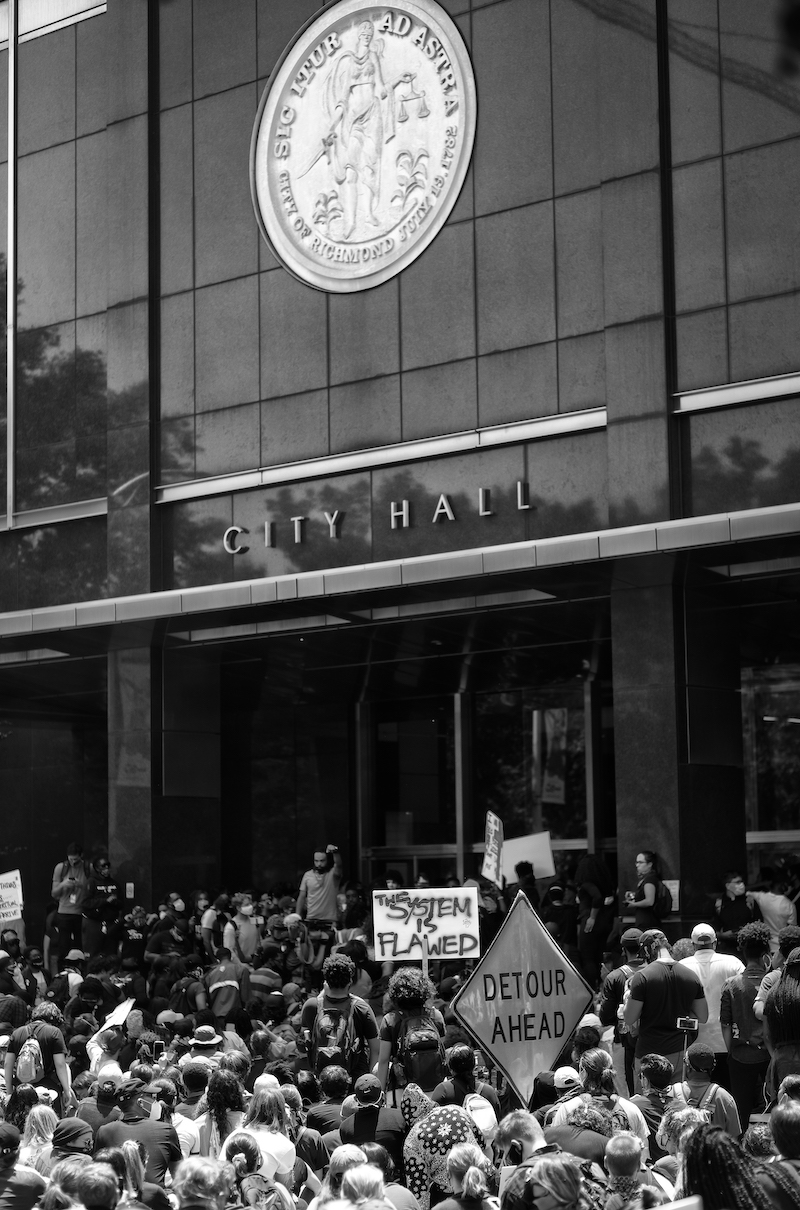 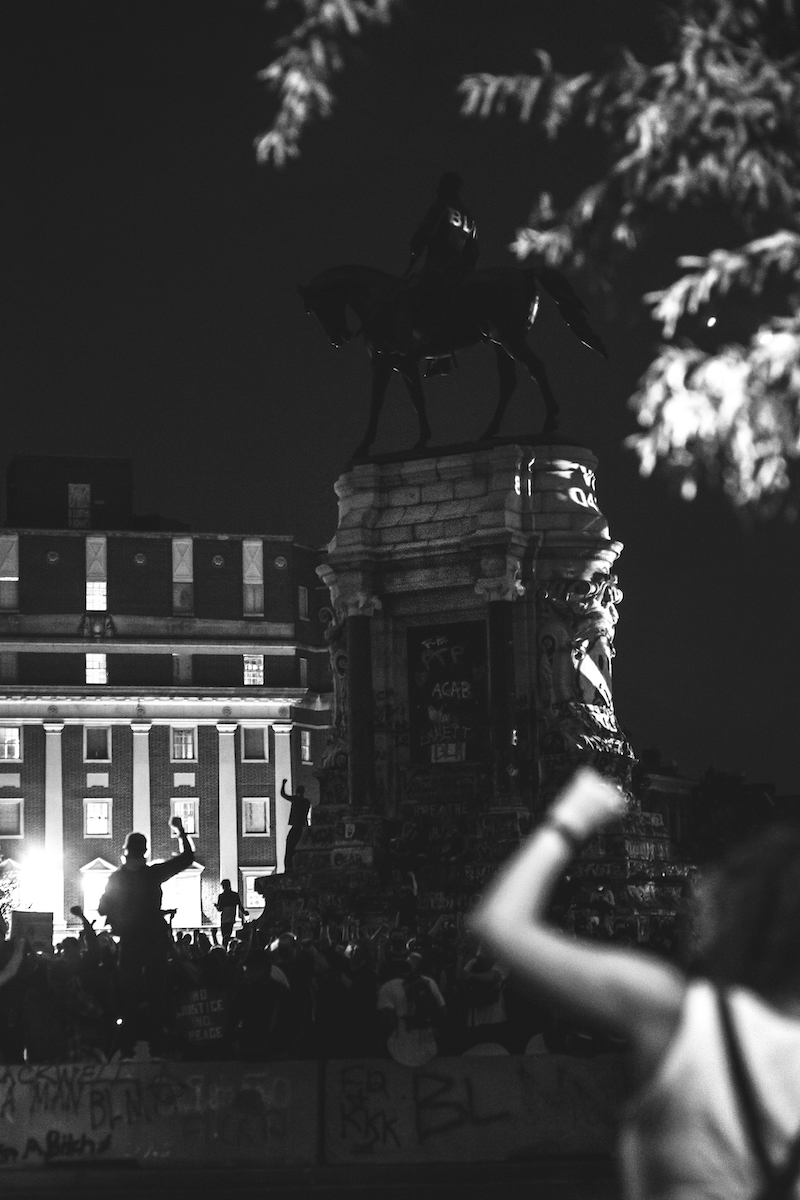 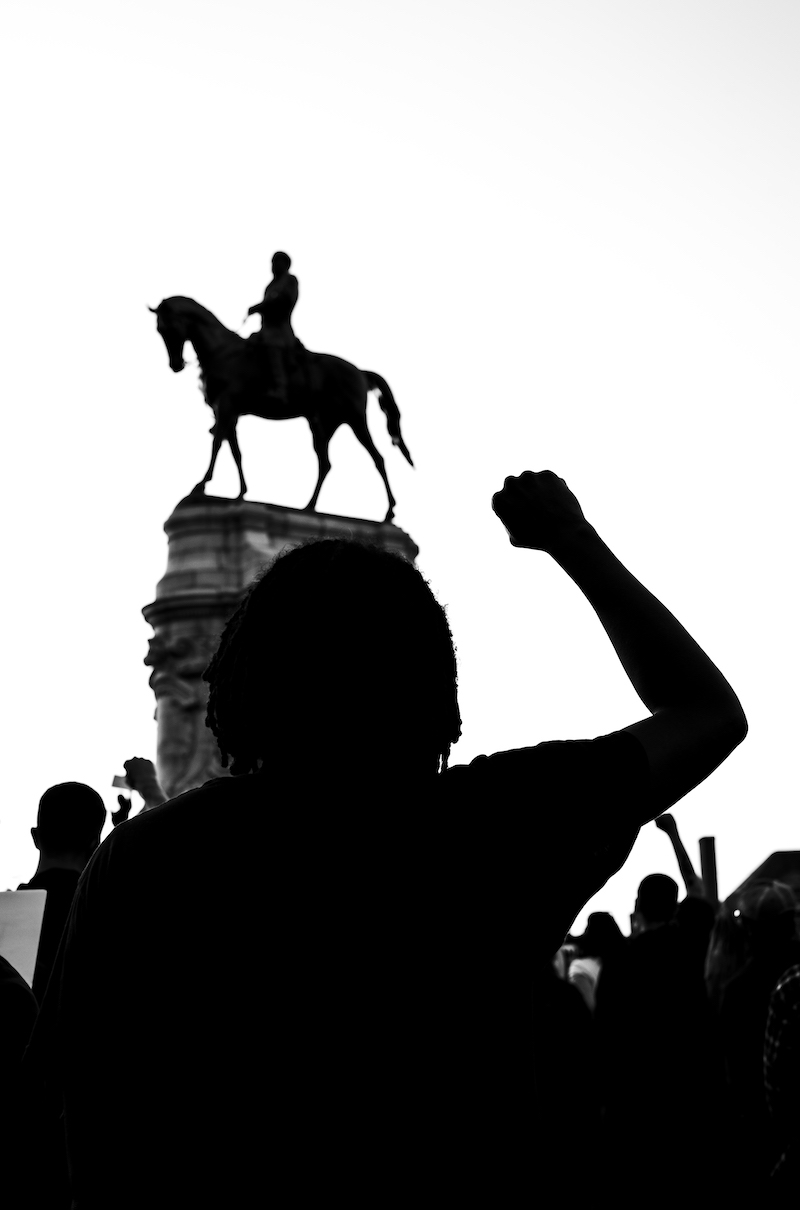 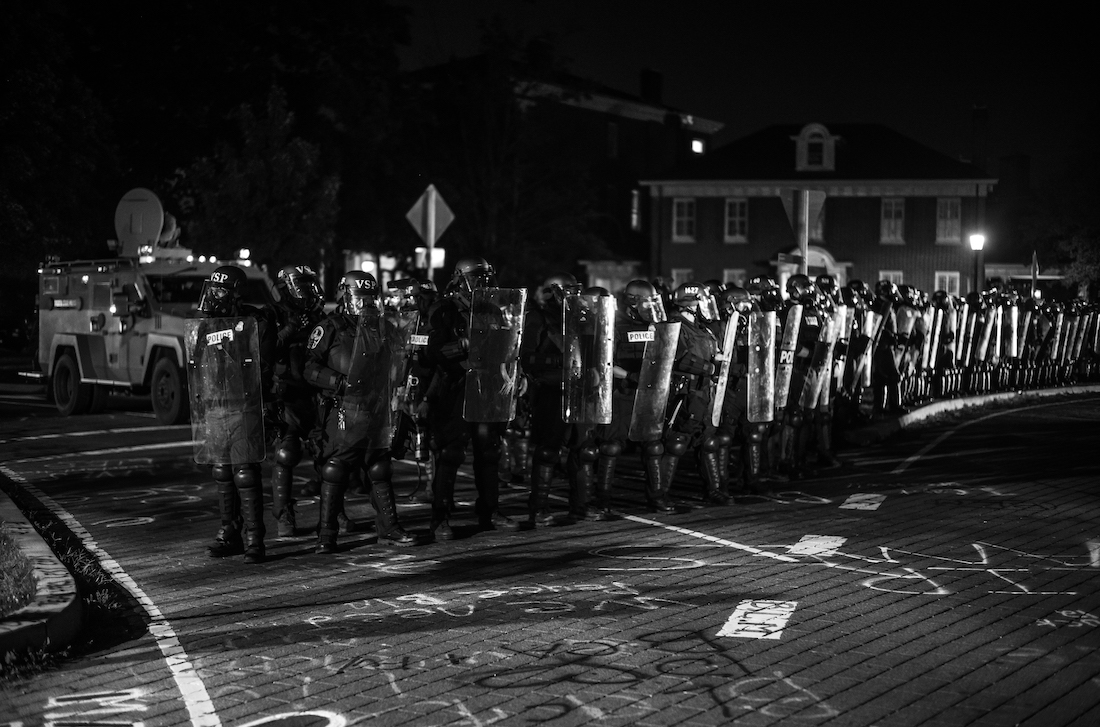 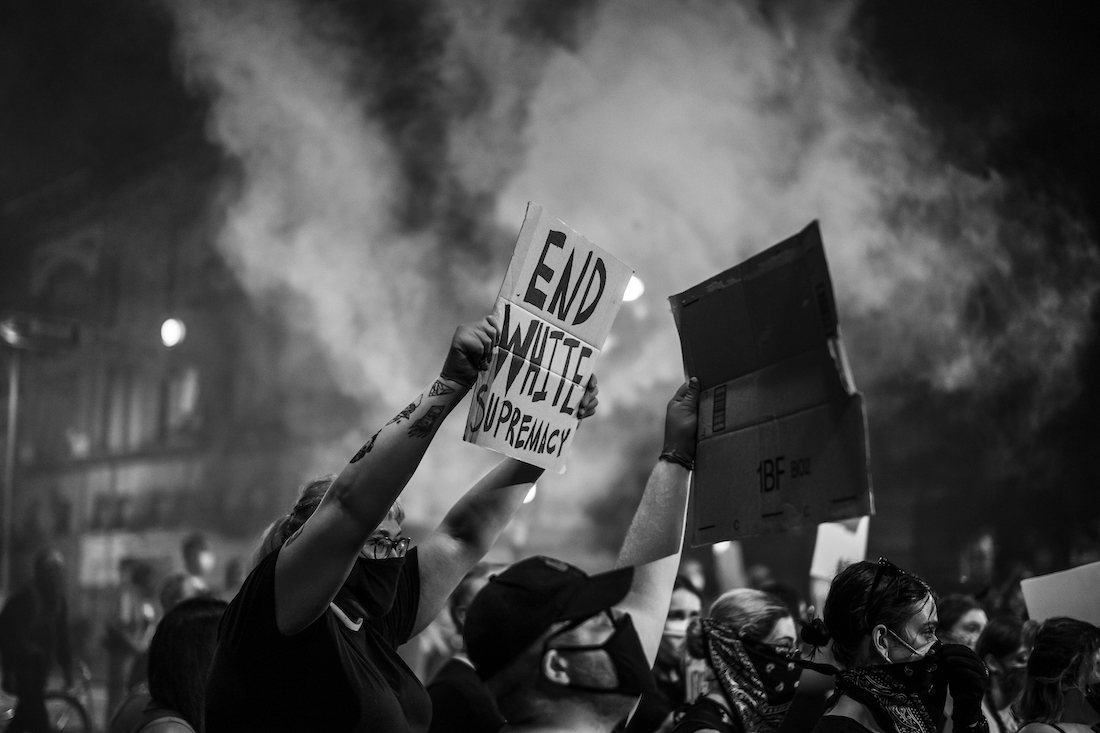 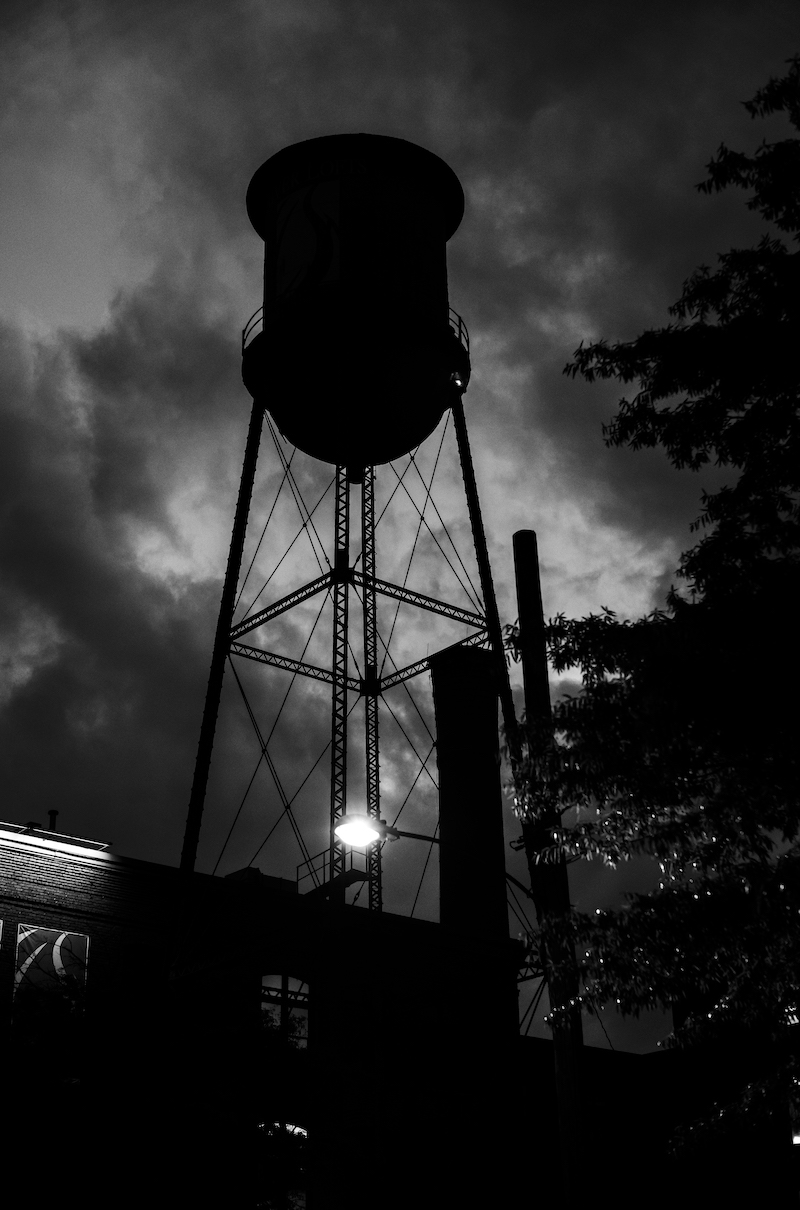 Blythe sat down for an interview with The Hundreds resident headbanger J Boosie about Richmond’s checkered past, the region’s exceptional art and music scene, and three decades of Lamb of God.

The band also got together (kind of) to record an insane quarantine session to celebrate their new album, which you can watch below. We’ve watched it probably a thousand times, it’s fucking sick. Nobody goes harder than Lamb of God. Big shoutout to our homie Art Cruz, who makes his studio album debut as LoG’s drummer on this new release. 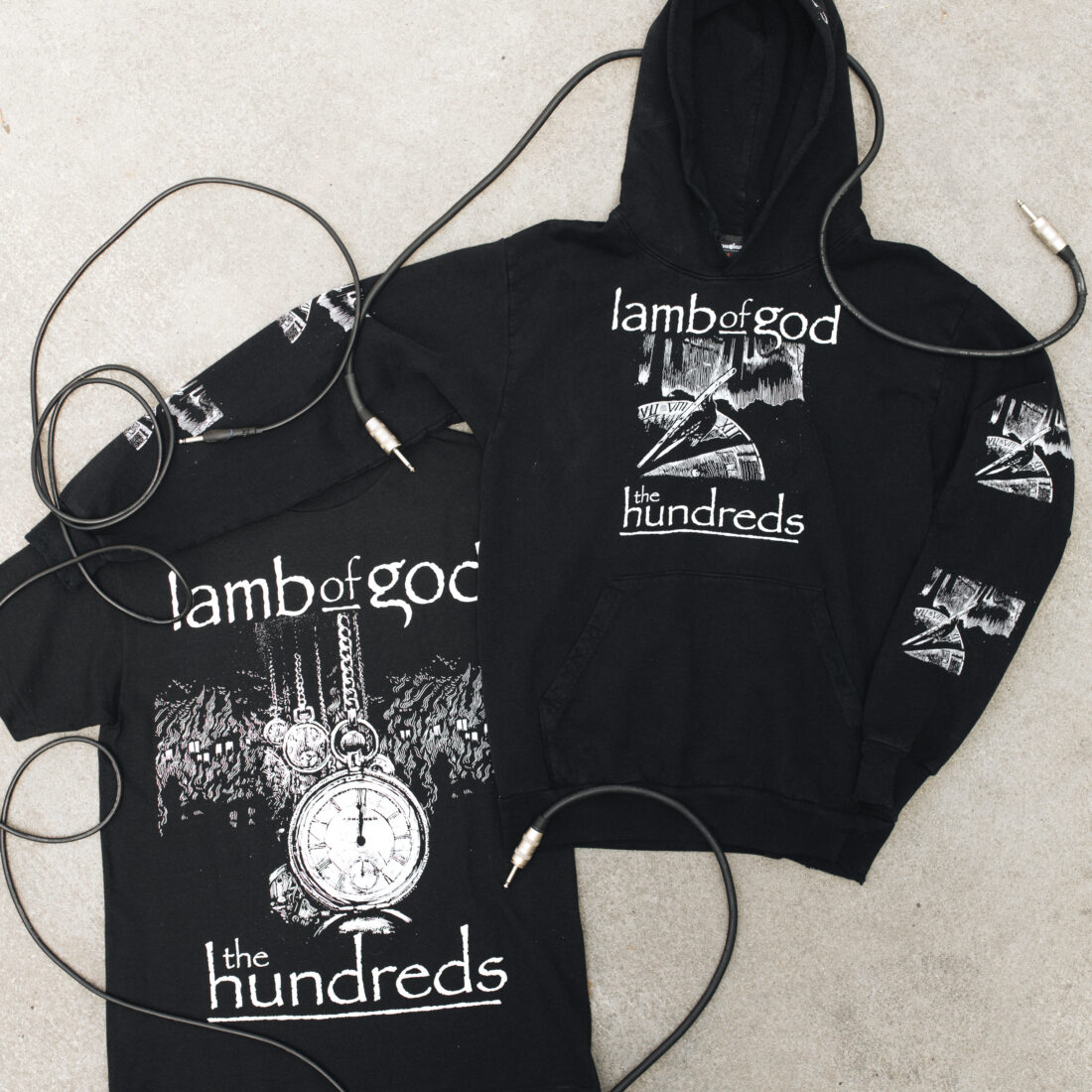