I’m sure Dave‘s getting tired of all my hackneyed blog titles now, bastardizing his surname with reckless abandon. “Choetime,” “The Choe Show,” but this one really was so apropos. He kept the creative side of the offices enraptured this afternoon with sordid tales of debauchery from his recent exploits Far East. You don’t wanna know… something about hot/cold, between the toes, I dunno… something or other. 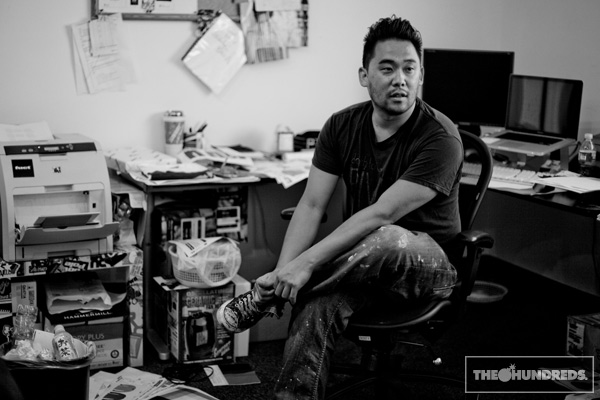 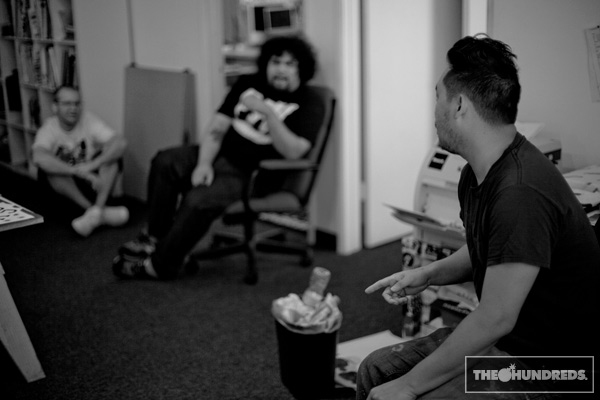 Dave’s making his first appearance in 5 years at the San Diego Comic-Con this weekend. He’ll be signing his limited edition Giant Robot skateboard decks at the Giant Robot booth. Read more about the decks and how he hangs out with the 25-year-old founder of Facebook in his Lincoln droptop HERE.