Back when Muska was rocking handrails with boomboxes, I was still in my pampers. It wouldn’t be for several more Christmases that I would receive my first stereo (as well as a mini-trampoline) from my parents. No holiday since has topped it. Although legendary pro-skater Chad Muska needs no introduction, it wouldn’t make me much of a writer if I didn’t offer you some background on the prolific character, now would it? 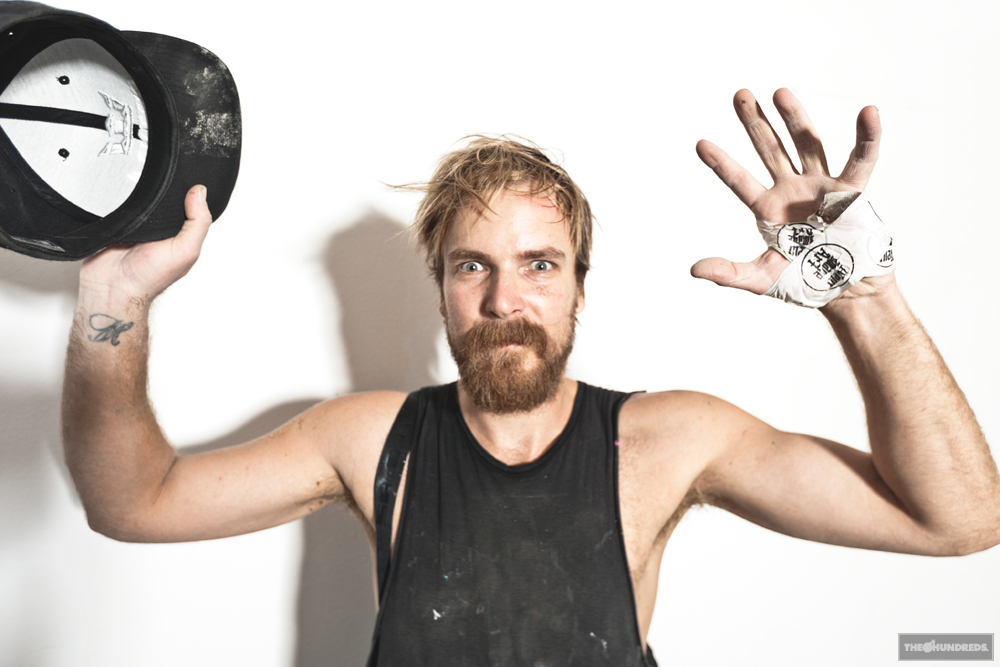 Muska is a man of many twists and tricks; and I don’t just mean that in the sense of skateboarding. When we showed up to document the assemblage of his upcoming solo show at New Image Art Gallery in Los Angeles, he was in-full-blown-bushy-bearded-artist-mode (complete with microscopic flecks of cement entwined in his facial hair), chipping away at his monolithic installation. Observing him at work was every bit as frenetic and graceful as I imagined it would be, based on what I already know about his career in skateboarding. His energy was that of a man who has just discovered an entirely new vessel for manifesting his artistic vision. He points out that if you look through the window of his sculpture at the artwork, that, at the time of my visit, was not yet mounted and framed on the back wall, it’s a whole new viewing experience. “Walk back and forth a little bit…it’s weird…like a TV screen” he explains, with an eager inflection. I follow his instructions, and he’s right. It is kind of disorienting. Now I pass the mic over to my buddy Cullen (who knows much more about skateboarding than I do) to give you the rest of the details. 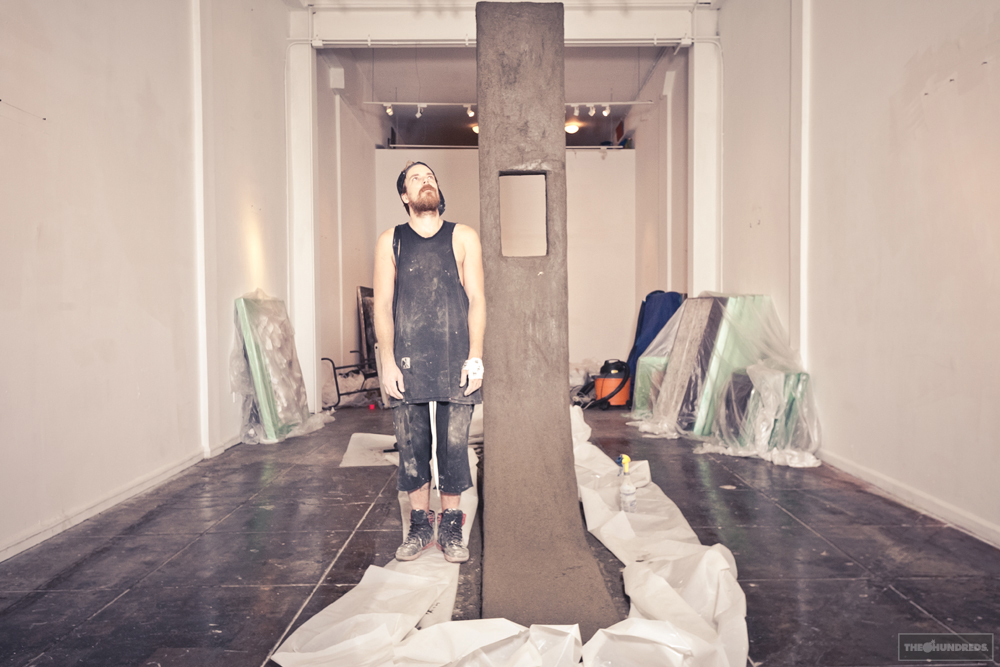 â€œAnyone who says, ‘Oh, he’s a skater that became an artist who obviously doesn’t understand skateboarding, Chad Muska tells me while smoothing out wet concrete on a giant skateable sculpture still drying in the middle of the New Image Gallery floor. His first solo show opening this Saturday, June 1 (tomorrow) is aptly titled, Transitions a name Muska feels fits the show perfectly as a wordplay not only on his legacy as a skater, but also a metaphor for the transitions he’s gone through in his own life as a skateboarder, designer, artist and music maker.

A certified street skating icon throughout the 90s and 2000s, The Muska has always been known as one of skateboarding’s true style leaders and trendsetters taking wild spins on everything from fashion with his bold and monumentally popular Supra Footwear release, The Skytop, to his music working as a DJ and producer as well as his artwork, which has taken some dramatic turns over the years from low brow street art to the more complex and refined sculpture and paintings he produces today. These periods have always been marked by transition, and today Muska is going through yet another phase of his life as a creator. Like many pro skaters in their golden years, Muska grapples with trying to keep up with the younger set, but is taking it all in stride, embracing the transition and focusing his energy on his life as an artist something he’s always been, even at the height of his pro career. 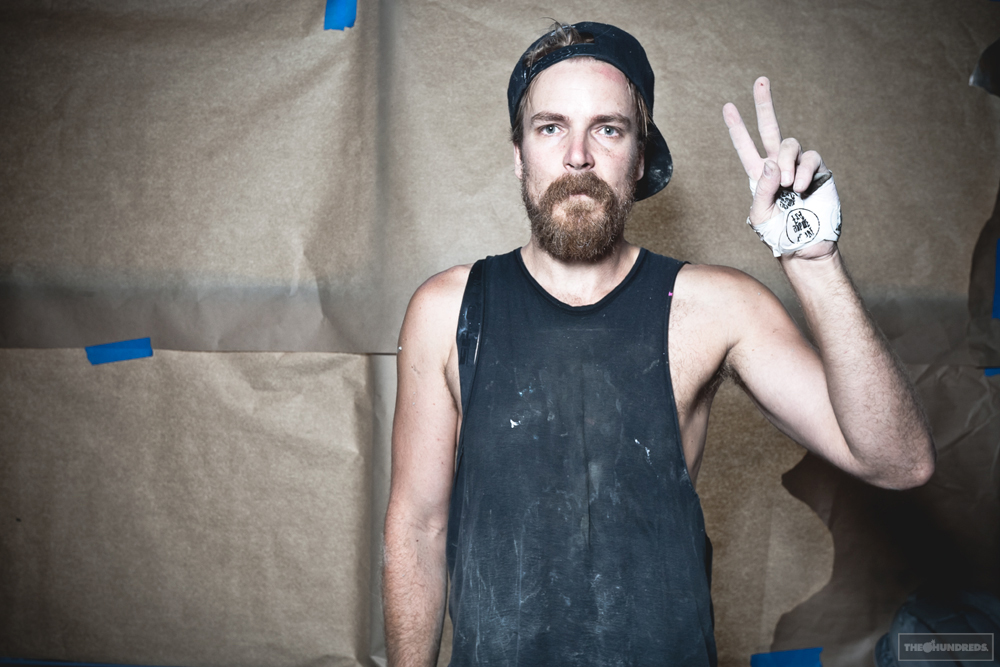 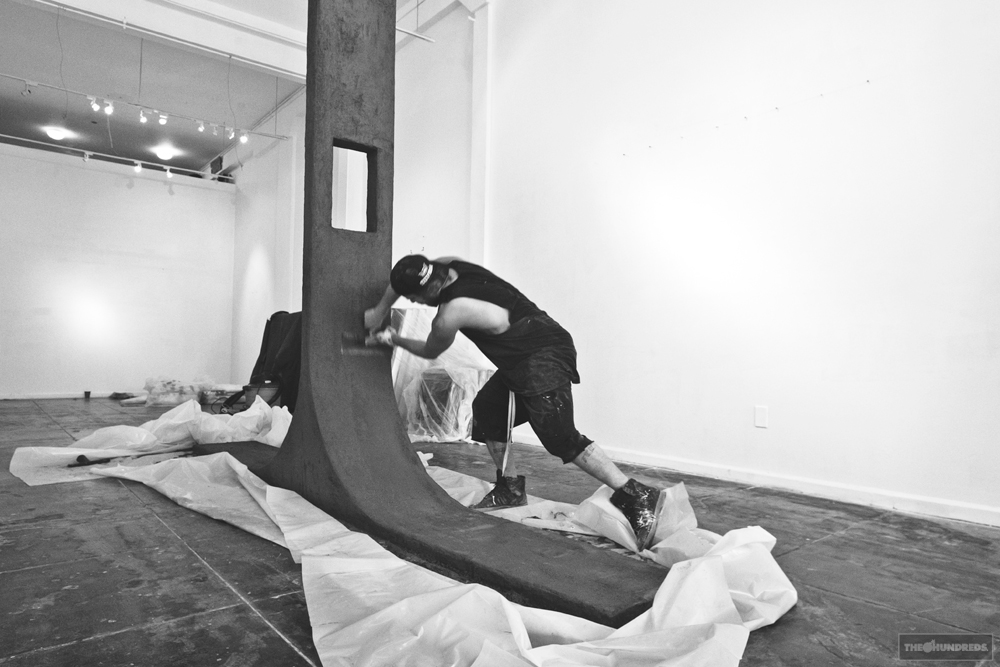 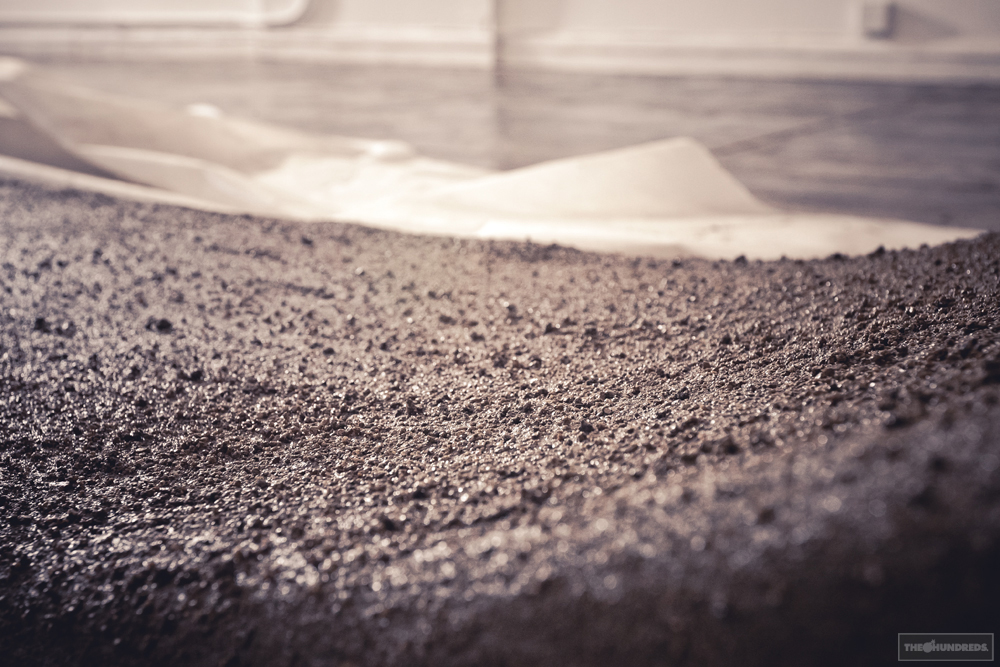 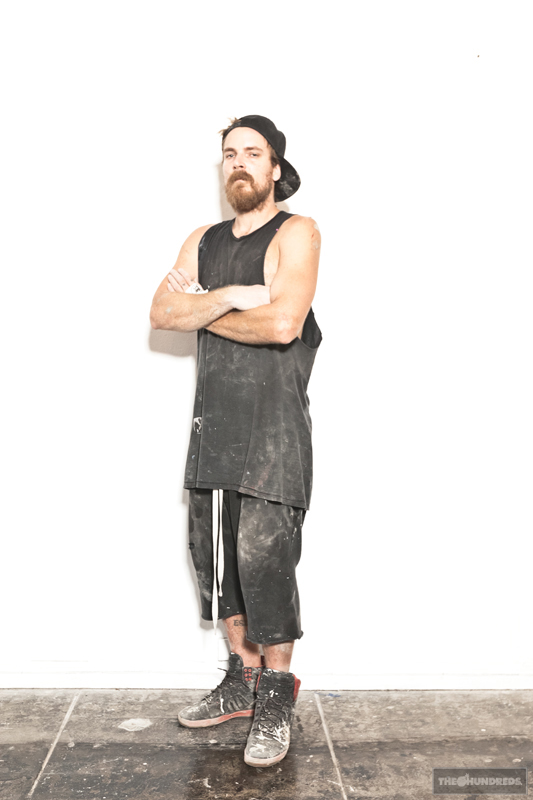 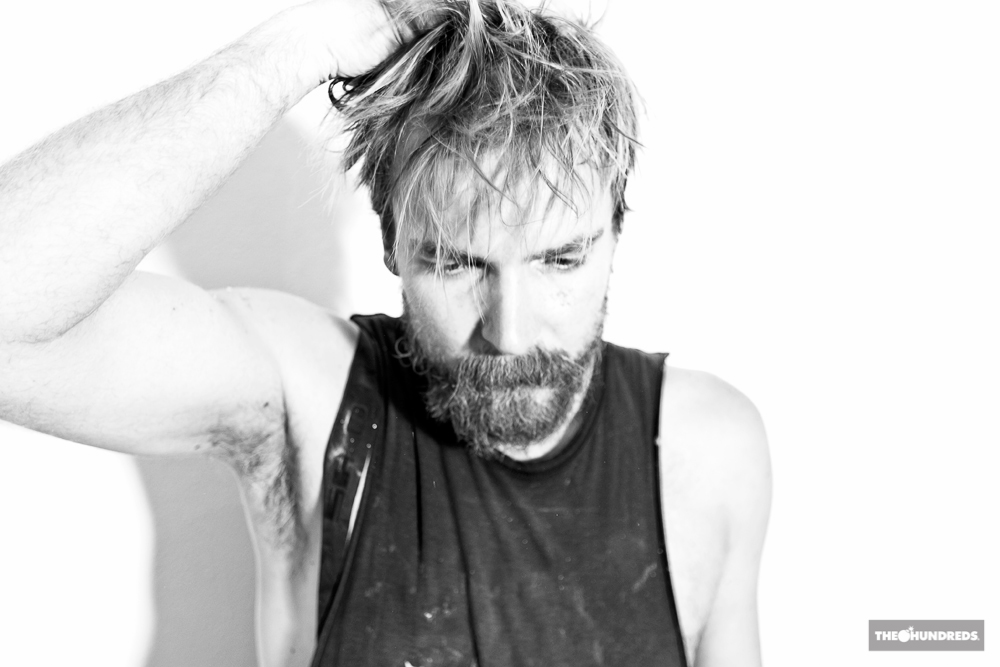 LOOKBOOK :: The Hundreds by PRXKHXR