You should be familiar with our friend Frankie by now. He (along with the rest of his homeys) is responsible for Subcrew, arguably the strongest and most prolific streetwear brand in China. It’s always goodtimes catching up with Frankie, as his brand’s exponential growth has mimicked ours over the years. In a week, he will officially open the doors on Subcrew’s fourth retail store, this time in Shanghai (as always, under the UNITY moniker). 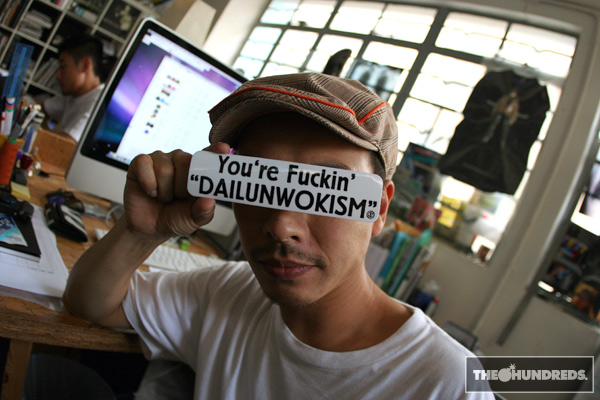 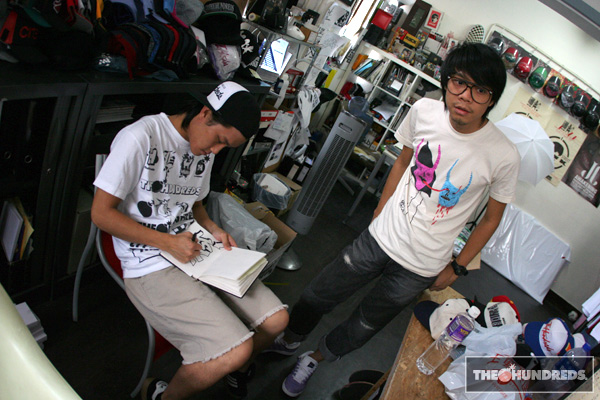 Deacon also runs his brand out of this massive studio space. “Very Chinese, very stiff,” he jokingly muttered as he posed for this shot. 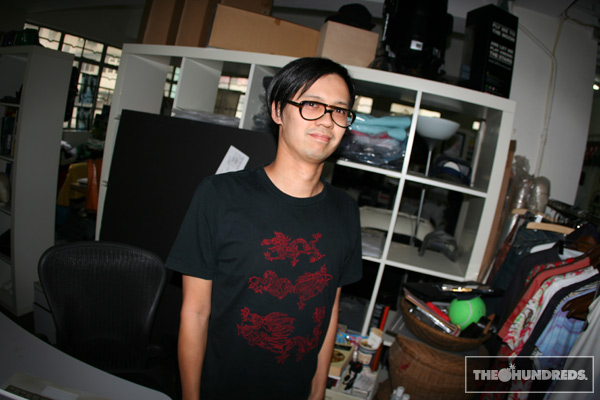 Oh yes, Frankie also helps to manufacture some of our headwear. Holiday hats are ready to go. 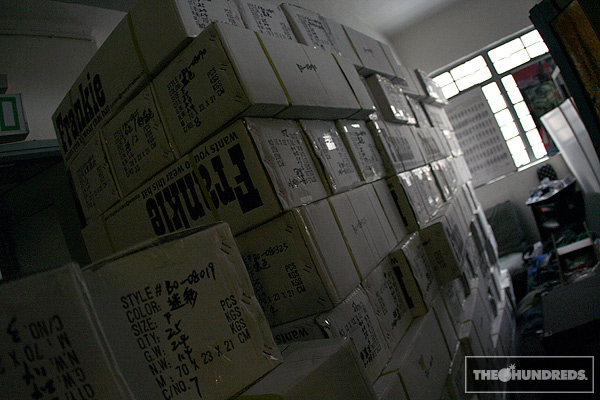 I had 3 different conversations yesterday regarding this week’s U.S. economic downturn, and how it’s only magnified that worldwide, America is viewed as the LAST place people want to be doing business or nurturing a brand. Everytime I travel, I seem to be hearing this sentiment increasingly, whereas just a decade ago, America was the world’s hotbed for youth apparel.

Subcrew is not sold anywhere in the States and these guys are perfectly okay with that. Not too long ago, it was largely important to be big in the States in order to build notoriety elsewhere in the world. But Frankie and co. believe it’s smarter to focus on the growing, wide-open markets like mainland China (which also happen to be where all the $ is at). 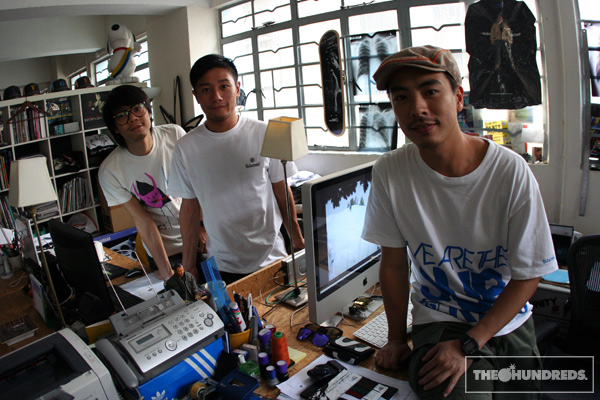 Anyways, enough real talk. We’re inching towards snow season, and for the rest of the afternoon Frankie and I exchanged snowboard stories. Then we watched Picture This and drifted off into fresh pow. 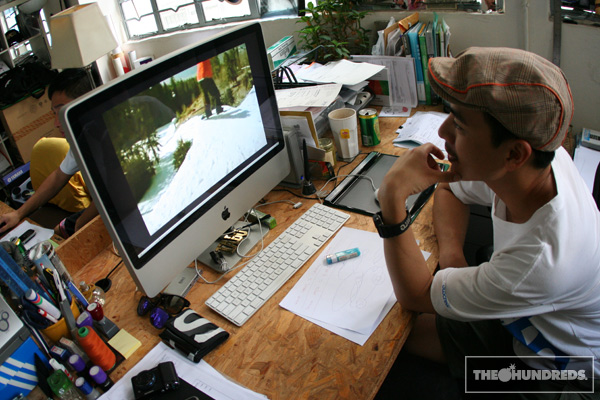