BREAKING ALL THE RULES :: How D-Generation X Defined the Attitude Era

The Attitude Era was a great time for factions in the WWE. Opposed to the modern-day version of the brand, which seems to have forgotten how cool larger stables can be, the mid to late-’90s were dominated by crews of wrestlers banding together to fight for a common cause — sometimes just to fight.

One of the most popular groups in the history of WWE would form during this time and they were basically fighting for their right to party. What started as a casual team-up between industry icon Shawn Michaels, his up-and-coming friend Triple H, and a couple of hired “enforcer” types, Rick Rude and Chyna, eventually morphed into a crew that would go down in history. Of course, I’m speaking of D-Generation X. The black and green-clad masters of mischief helped give the Attitude Era its attitude and would go on to embody the ethos of the generation.

“D-Generation X – you make the rules, and we will BREAK ‘EM!” – Shawn Michaels

A mission statement spouted by “The Heartbreak Kid” Shawn Michaels would soon become more than just words. Most factions —  hell, every single one for that matter — broke the rules during the Attitude Era, but DX made cheating look like fine art. HBK was a more than capable wrestler, but he often had backup in the form of “Ravishing” Rick Rude or Triple H. Triple H himself didn’t seem to go anywhere without his female enforcer Chyna nearby, and I honestly couldn’t tell you if he ever won a match without her help or interference. Chyna, mostly silent but always deadly, earned her reputation by delivering low blows to Hunter’s opponents that usually secured him a win.

Their penchant for cheating only got crazier after Michaels left WWE and Triple H, now leading DX, added fresh faces to the posse. Newly minted degenerate, X-Pac, helped The New Age Outlaws secure the tag team championship titles by smashing Cactus Jack over the head with a chair during a tag team cage match. His assistance, alongside Triple H and Chyna’s, also solidified the recruitment of the Outlaws into DX. Adding a championship tag team reinforced DX’s numbers but catchy theme music, popular (and inappropriate) catchphrases, and innuendo-laced promos helped the degenerates make more noise than ever.

Being able to physically work in the wrestling ring is one thing, but being able to take control of a microphone and work a crowd is something else entirely. The best wrestlers can do both, and DX had a couple of guys who were respected wordsmiths. The more verbose half of the New Age Outlaws, The Road Dogg Jesse James, was more than comfortable with a mic in his hand. He’d cue their entrance theme, recite his mini Outlaws rhyme on the way to the ring, and then dive into one of the most beloved intros in wrestling history. Road Dogg wouldn’t have had to say a word if he didn’t want to. The crowd could handle it for him. At one point during DX’s peak, The New Age Outlaws had the third-highest merch sales in the WWE. The two superstars ahead of them? Stone Cold Steve Austin and The Rock. Road Dogg wasn’t the only one in the crew with mic skills, though. Triple H could hold his own cutting promos, psyching out his opponents, and hyping up the crowd.

Arguably, though, he and DX did their best work when they parodied their rivals. In one of their more popular (and less controversial) parodies, DX came out to the ring dressed up as and imitating The Corporation. It’s a skit remembered to this day and was just one of the ways DX showcased their problems with authority. In case you ever questioned DX’s motives or mission statement, though, you could just listen to their entrance music.

D-Generation X captured the hearts of wrestling fans of all ages, but they connected most with a younger crowd. Older wrestlers were aging out and younger fans wanted someone that spoke to them. DX became that someone. Their anti-authoritarian ethos played a large part in that, but so did the crew’s look and entrance themes. Their signature black and green color scheme was everywhere — plastered all over merchandise, worn heavily on their ring gear, and was featured prominently in their Titantron entrance video. Their theme music, essentially a bootleg Rage Against The Machine song, became one of the most popular of the era. “Are you ready?” would echo across an arena followed by two heavy thumps from a kick drum, and everyone knew they were about to be entertained. The music, the lyrics, and the sonic style of the song (produced by revered composer Jim Johnston) struck gold with younger audiences. In the Youtube comment section of any DX clip,  you’ll find various users recounting different versions of the same story. “I got kicked out of class in third grade for telling my teacher to suck it!” Or something to the effect of, “I was sent to the principal’s office my freshman year for crotch-chopping my gym teacher.” The Rock had countless catchphrases and Stone Cold could get a “Hell Yeah!” out of any crowd — but arguably the two most popular words uttered during the Attitude Era came from DX.

Like all good things, DX would eventually have to come to an end. A crew founded by stirring the pot, fighting the powers that be, and cheating their way to victory would eventually be their own downfall. The “DX Army” iteration, as their stint in the Attitude Era is affectionately referred to, was over and done with. Much like your favorite comic book superhero’s shocking death, though, the end of DX would be undone as time went on. The group would never be the same, but they would resurface here and there in the years to come.

No version of their return was as big as their WWE Hall of Fame induction earlier this year. The group more than deserved it, and their induction sealed the deal on their legacy as one of the WWE’s most important factions. They were a crucial part of the WWE’s success in the late-90s, helping them evolve from an out of touch wrestling brand into the brand that would win the “Monday Night Wars” and dominate popular media. They were “tired of doing what you told ‘em to do,” and they carved their own path. They became wrestling legends because of it. And if you’re not down with that they’ve got two words for you... 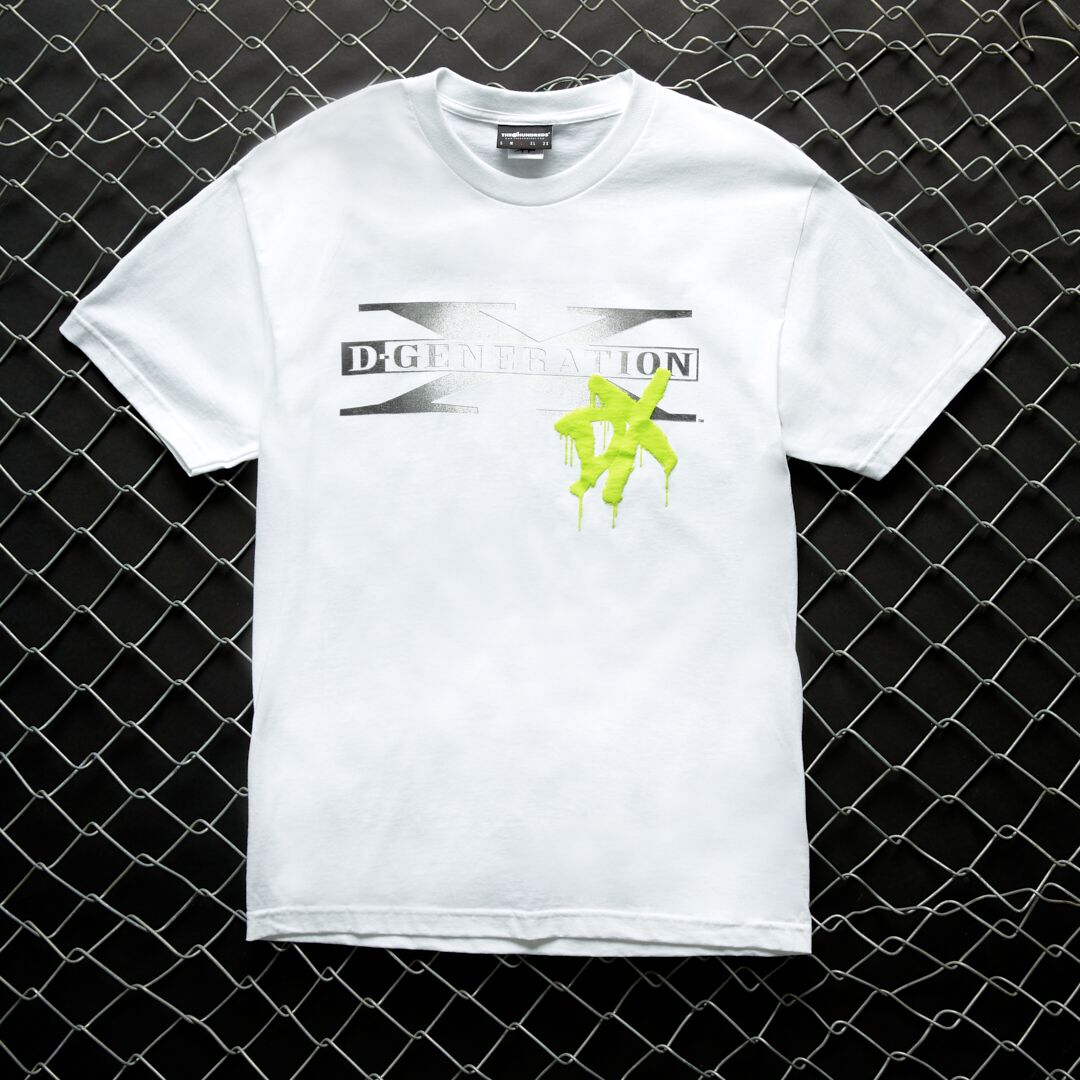 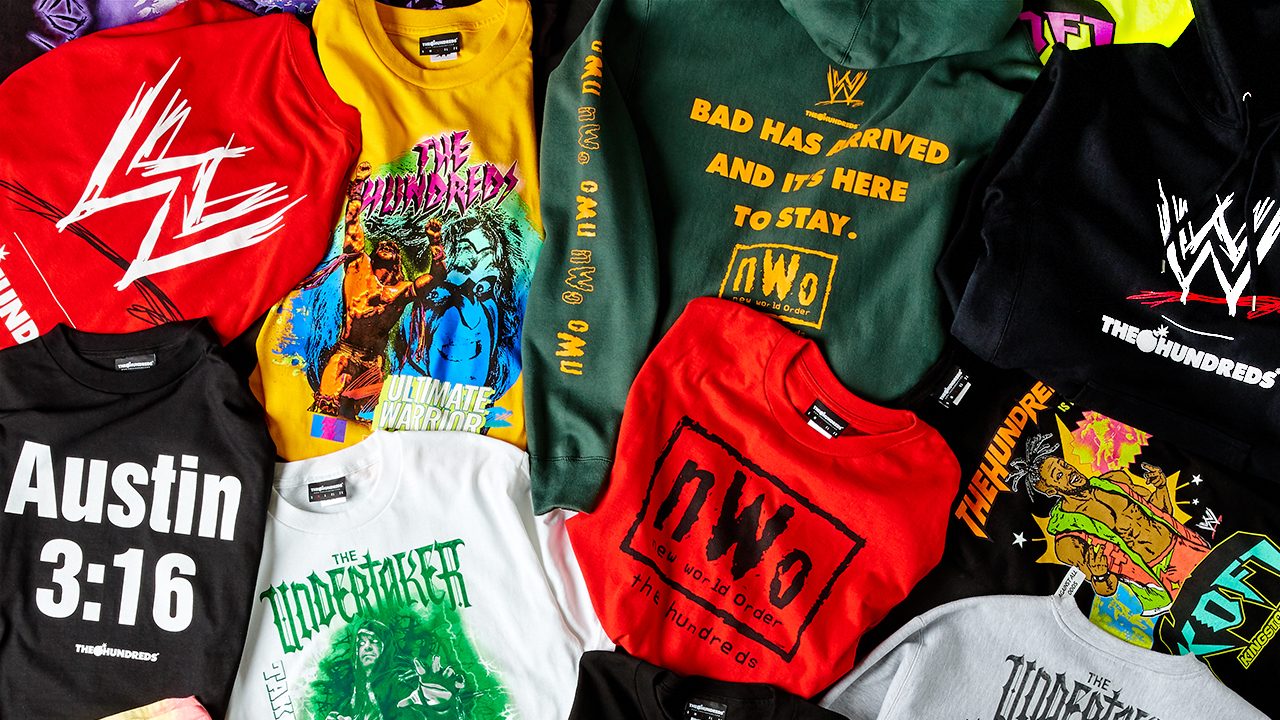 LOOKBOOK :: Back To The Hundreds II