So where do I begin with this one?Let’s just say that Black Friday, for us, actually started on Thanksgiving Thursday, while everyone was out celebrating at Cha Cha. Maybe it was the fact that everyone had to be at The Store in a few hours anyways, perhaps it was the liquor, or maybe it’s because their brains are the size of golfballs, but Tony and the rest of the crew decided it’d be a great idea to carry their late-night festivities onto Rosewood in the wee hours, blast music down Fairfax at 3am, and wake up the hundreds of kids sidewalk-sleeping. Tents were promptly folded up, seats set aside, and the kids were in full riot mode. Not sure if the neighbors were too happy (I guess the cops showing up twice can attest to that) but everyone else was all smiles. Sale started at 5am and we had to throw the gates down at 8am on the hundred or so people left in line, who were no doubt latecomers (meaning anyone who got there after 3:45??). Sorry to those folk, but I heard plenty a story from kids who ditched their families on Thanksgiving to get here last night, so maybe I’m not so sorry after all.Tony said the line started yesterday at 2pm, and by the time he got here after midnight, this was the front on Rosewood…

..then on down Fairfax.

By the time I got there at 4, our literal street-team of poster girls had everyone wide awake. 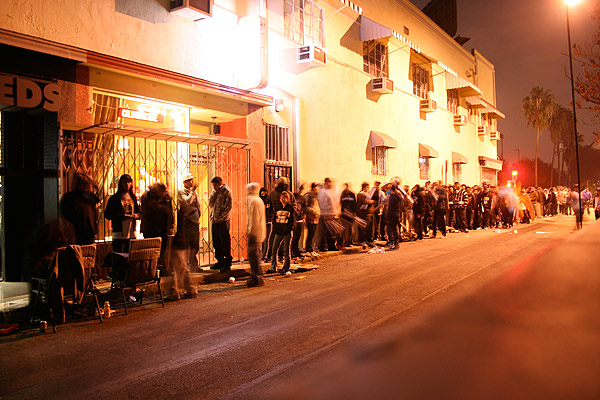 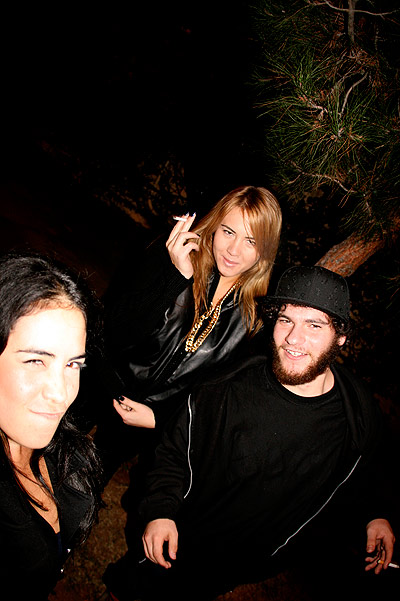 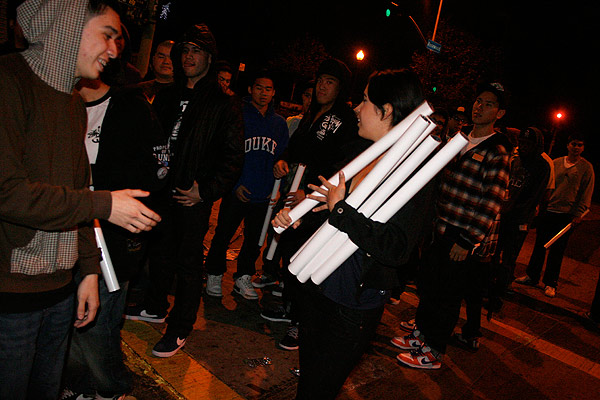 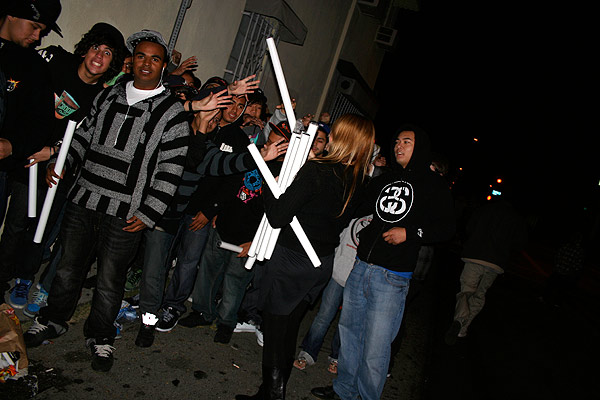 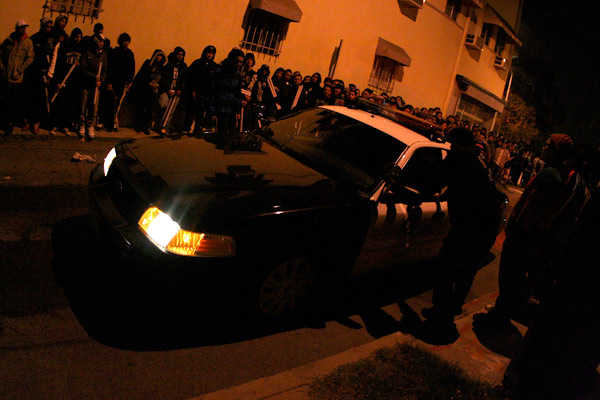 The dudes in the front drove out last night from Moreno Valley, which is a good 2 hours away. That sour expression was shared by almost everyone in the block by this time. Our store staff looked like the cast from Thriller. 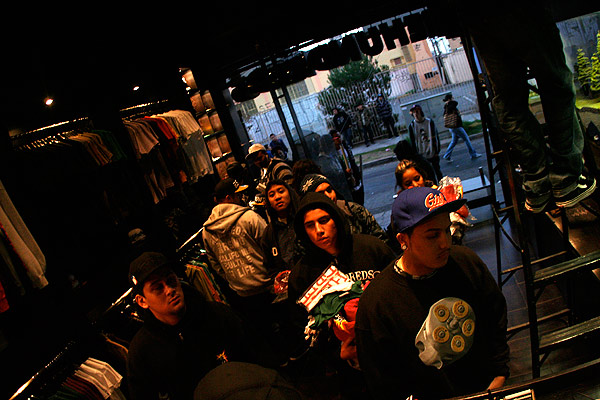 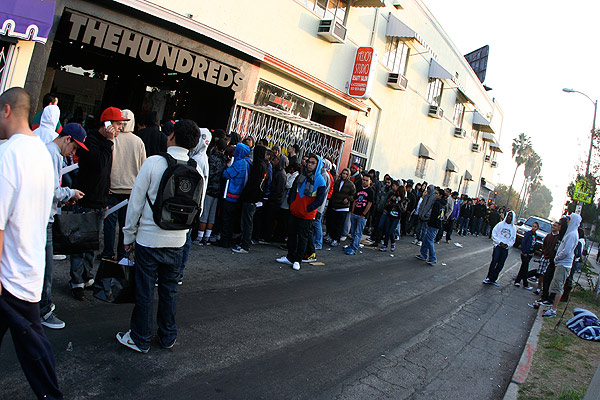 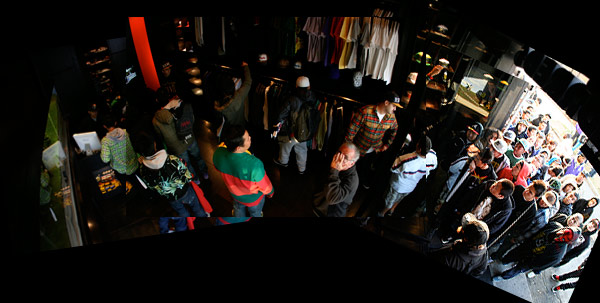 I guess there’s still a line because we dropped our new “Adam Bomb” New Eras at 11. Anyways, I don’t even know what I’m writing right now. I have a feeling I’m gonna wake up tomorrow morning and discover I wrote a haiku about daffodils and ponies. It’s noon and I’m going to sleep. See you Saturday.

*EDIT* Remember that aforementioned sale at Brooklyn Projects? They had a scene of their own this afternoon, and have decidedly extended their sale until Sunday.